Reshaped by Kilauea, the Big Island of Hawaii Welcomes Families With New Adventures 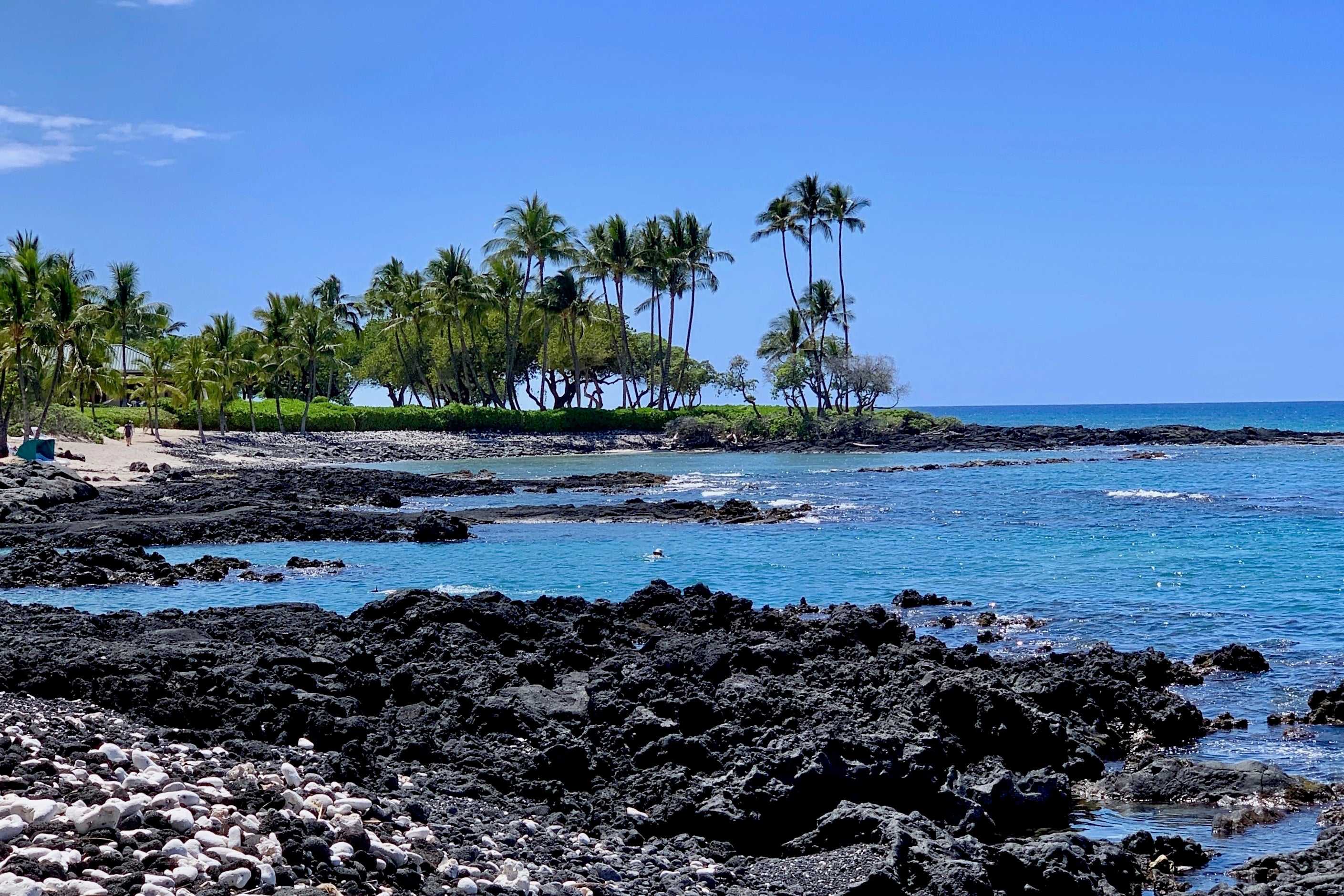 Always a land of drama and change, the island of Hawaii was dramatically shaken by the eruption of the Kilauea volcano last year. Then, just as things looked like they were settling down, Hurricane Lane lashed the island with 3 feet of rain and wind gusts up to 100 miles per hour. While the Kilauea eruption actually affected only about 1% of the island, it dramatically affected tourism numbers: Year-end statistics showed that 50,000 fewer visitors came to the Big Island in 2018 compared with 2017 and hotel occupancy numbers in December were down 8%.

With Volcanoes National Park reopened, roads cleared and sections of its landscape dramatically rearranged, the Big Island is fully open for business — and rich with new possibilities for adventure. Plus there's a big, unexpected benefit from the eruption that few people know about yet: The clouds and "vog," or ash-thickened vapor, which often clouded Hawaii's skies are gone, leaving skies bluer and clearer than they've been in decades.

In addition to all of Big Island's long-popular attractions, new adventures that await families this year include:

A brand-new beach: The flows of lava that jetted from Kilauea added more than a mile to Hawaii's coastline -- and with that lava came a brand-new black-sand beach, a huge swath of sparkly obsidian surrounding the pier in Isaac Hale Beach Park, also known as Pohoiki. The eruption also added a lagoon and thermal pools. The area reopened in December with the paving of a new road. The area between Isaac Hale and MacKenzie State Recreation Area has become a favorite spot for viewing the solidified lava and additional pockets of black sand.

Improved stargazing: Thanks to clearer skies, visitors who choose to ascend the 13,796-foot Mauna Kea to stargaze at one of the world’s premiere astronomy sites have less chance of having their plans canceled by cloudy skies. For the full stargazing experience, go with a guide such as Hawaii Forest & Trail, which offers a Maunakea Summit & Stars Adventure that provides full access.

A grander crater: Helicopter tours have always been one of the most exciting ways to experience how big the Big Island really is. But there's an added thrill to soaring over the newly remodeled Halema'uma'u Crater, enlarged by the recent eruption to four times its previous size. Volcano House, the historic hotel on the crater's rim, reopened in October and also offers spectacular views.

A new museum: The Pahoa Lava Zone Museum, which opened in December 2018, displays photos and videos from the 2018 eruption. Even more fascinating are the geologic effects, such as filaments of volcanic glass known as Pele's hair and tiny lava droplets called Pele's tears. The new museum also contains artifacts from the park's damaged Thomas A. Jaggar Museum, which is closed for repairs.

Many Big Island resorts took advantage of the quiet period during the downturn to complete major revamps and are now putting out the welcome mat in style. Outfitters and hotels are also luring visitors back with creative new adventure outings and cultural experiences, such as the opportunity to visit historic Kohala Farm and participate in taro planting.

When my family visited the Big Island, our base of operations was the Fairmont Orchid, which recently unveiled a major refresh. Members of the Le Club AccorHotels get up to 10% off when booking directly for a stay of seven nights or more, and a year-round fifth-night-free package brings room rates down to as low as $269 per night (with the fifth night averaged in) including breakfast for two at the Orchid Lounge buffet.

An interesting advantage to staying at the Fairmont Orchid right now is that the nearby Mauna Lani Bay Hotel is in the midst of a yearlong closure (it is scheduled to reopen in late 2019 as a member of the Auberge Resorts Collection). As a result, this swath of coastline is considerably less crowded, and the open WikiWiki Golf Course has far less competition for tee times.

At the Orchid we joined the hotel's weekly free astronomy event, which included an illuminating lecture and the chance to look through a powerful telescope at a nebula and star cluster.

The Fairmont isn’t the only hotel to show off fresh style: The Westin Hapuna Beach Resort just underwent $46 million in renovations to celebrate its 25th anniversary. Budget-conscious families will be happy to hear about the resort’s 25th anniversary package featuring a 25% discount on room rates, beach rentals and activities. At an average price of $348 or 35,000 Marriott points for a double room, it's good value — even more so when you consider that a five-night award stay nets the fifth night free. At prepaid member rates starting at $144 a night, the Sheraton Kona Resort is a favorite with the budget-conscious; both are Category 5 hotels, so eligible for a Marriott 35,000-point free night certificate.

This spring has seen another big change in Big Island travel with the addition of new flights. In April, Hawaiian Airlines added direct service from Boston, making Hawaii vastly more accessible to visitors from the Eastern Seaboard. With competition growing thanks to Southwest’s long-awaited Hawaii arrival, travelers have more options on both their miles and points.

Back at the Fairmont Orchid, we watched the sunset and torch-lighting ceremony from the Luana Lounge, toasting the success of our post-Kilauea Hawaii vacation. Then staff began unrolling a giant movie screen next to the pool, setting up for the weekly kids’ “Dive-in Movie,” complete with popcorn stand. As the opening credits to “Jumanji” rolled and kids snuggled into their lounge chairs or relaxed on floats in the pool, we realized how lucky we felt to have returned to the Big Island to witness its rebirth.

Have you been to the Big Island recently? What did your family enjoy the most?

Headed to Hawaii? Here are some more resources: