The Best Way to Fly With Kids to Hawaii

Articles
Summer Hull , aka Mommy Points, ran the Mommy Points site for families who want to travel more for less using miles and points for seven years. She now heads up a variety of special projects at TPG when she isn't exploring the world with her own two girls.
Follow
June 20, 2019
•
7 min read 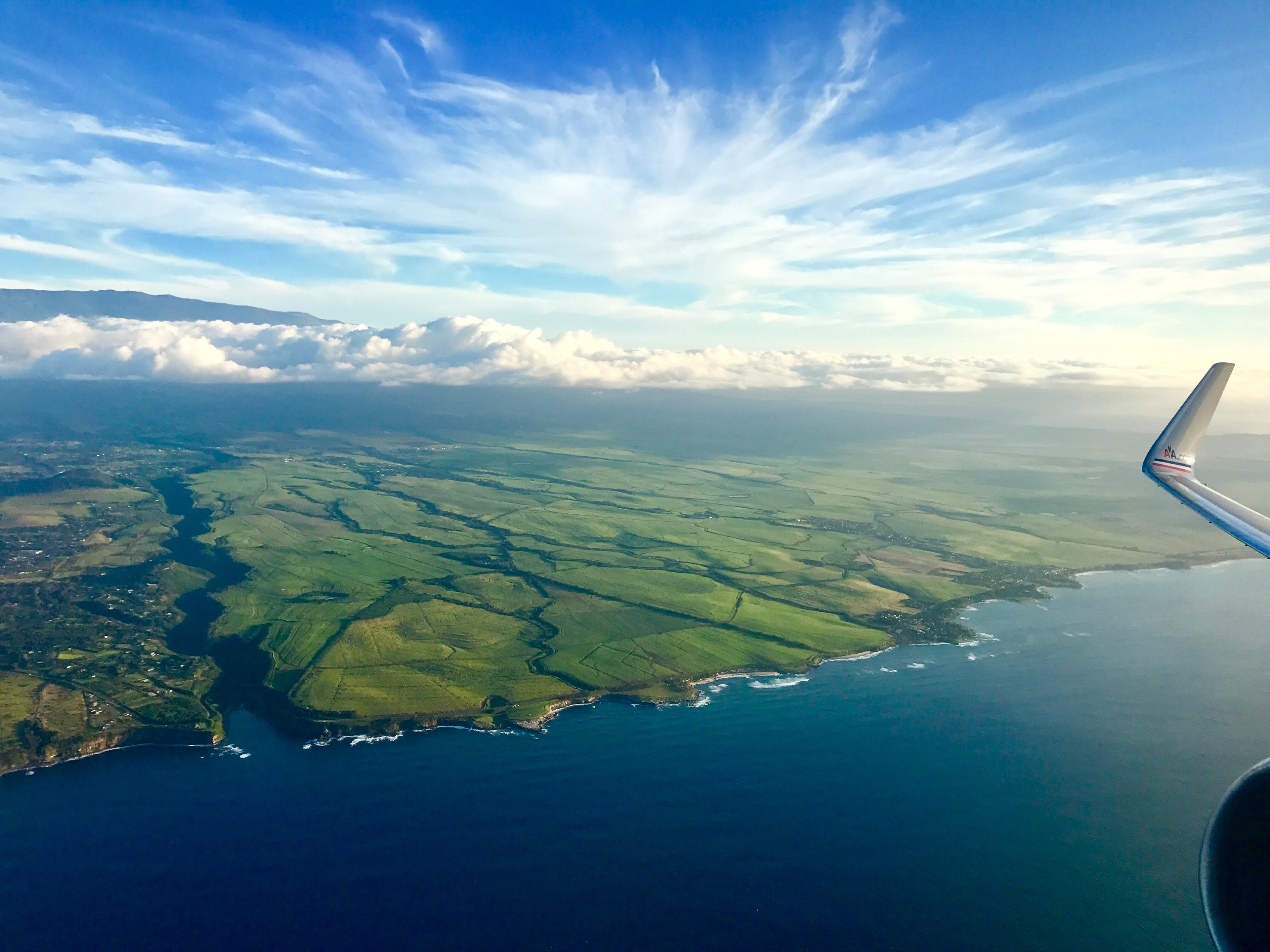 For most of the world, flying to Hawaii is a real commitment. From the US mainland, it's thousands of miles and many hours in the air. For much of the United States, Europe is actually closer than our 50th state sitting out in the middle of the Pacific. Even with the remote location, Hawaii is absolutely worth it for our family. In fact, as cliché as it sounds, Hawaii is probably my own personal favorite destination.

However, as much as we love it, we skipped taking our kids there until they were about three in favor of closer-in locales, because the flight schedule from the middle of the country can be a little grueling. On top of that, the time change from Middle America to Hawaii is practically guaranteed to cause baby or toddler sleep-schedule chaos and middle of the night wake-up calls. I love Hawaii, but I don't love exhaustion.

I've flown practically every reasonable way possible to Hawaii over the years, and now that we are fresh off another successful trip with kids and grandparents to the islands, there's no doubt in my mind as to what routing to Hawaii is best when little kids are involved.

Best Way to Fly With Kids to Hawaii

When you're flying to Hawaii with kids who are roughly five and under (or you just want to take the easiest route possible regardless of age), the best way to get there is to stay on the West Coast overnight both coming and going. This is how I got to Hawaii with my first daughter when she was three, and it's how we just made the trip now that our second daughter has hit that magical age.

Staying on the West Coast before continuing on to Hawaii with little kids has many advantages. An obvious one is shorter travel days. It can very easily take 12 to 18 hours to fly to Hawaii from the mainland with connections, and that is just more than I want to chew in one bite with kiddos.

This time, we stayed in San Diego on the outbound before continuing on in lie-flat Hawaiian Airlines seats to Honolulu (here's how to book those for 40,000 miles each). On the return, we stayed in Seattle overnight on an Alaska Airlines connecting itinerary before flying on to Houston the next day. None of these travel days were more than six hours in the air.

In addition to shorter travel dates, by stopping on the West Coast, you get the benefit of adjusting a bit to the time zone changes as you go. Hawaii is five hours behind Central and six behind Eastern, and that means a kid who normally gets up at 6am or 7am may very well be waking up at 3am or 4am, if not earlier. We've dealt with this in Hawaii many times, but spending a night on the West Coast knocks out a bit of the adjustment by baby-stepping into Hawaii's time zone.

As happy as I am to stop for a night on the West Coast on the way to Hawaii, I'm even happier about it when coming home. Flights from Hawaii to the mainland are basically all red-eye overnight flights unless you fly to the West Coast. Even then, only some of the departures leave during the day. Our 10:40am flight from Honolulu to Seattle was the perfectly timed flight in terms of ease of travel with little ones. Lunch and then a nap on the plane and you are back on the mainland in Seattle in time for dinner.

If you have the miles (or cash) for lie-flat seats to fly back home from Hawaii with the whole family up front, then the red-eye isn't that bad. However, many overnight lie-flat awards seats home from Hawaii are now pricing close to 100,000 miles per person and, at that price, it just isn't worth it to spend close to a half-million miles just to fly a family of four home in lie-flat seats.

How to Book the Best Flights to Hawaii

My parents flew home from Lihue (Kauai) on American Airlines saver awards for 22,500 miles each that had a built-in overnight in Los Angeles (LAX). They then used their annual Hyatt Category 1–4 award from the World of Hyatt Credit Card to stay at the Hyatt Regency LAX, so there were no extra out of pocket costs for the comfy overnight on the West Coast.

If you can't build in a stopover on the West Coast to/from Hawaii all on one ticket for a reasonable cost, you can always book two tickets. Book one from your origin to the West Coast and then another from the West Coast on to Hawaii. There are some risks in this strategy in the event of weather delays or cancellations, but with a built-in overnight, you're safe from having run-of-the-mill delays wreck too much havoc on your plans. Your only real risk would be outright cancellations of the flight or flights on the first ticket, causing you to miss the flight on the second.

Risks accounted for, this is how we got to Hawaii. We booked separate tickets from Houston to San Diego on United and then from San Diego to Honolulu on Hawaiian the next day. This two ticket strategy may also work very well with Southwest Airlines flights now operating from the West Coast to Hawaii.

You certainly don't have to spend the night on the West Coast to get to Hawaii, but if you're flying with little kids, it truly is the least painful way to get to Hawaii from the middle or eastern half of the United States.