The best time to visit Hawaii this year

Articles
Jordan Allen has produced content for TPG on everything from travel trends to flight deals.
Follow
July 22, 2022
•
6 min read 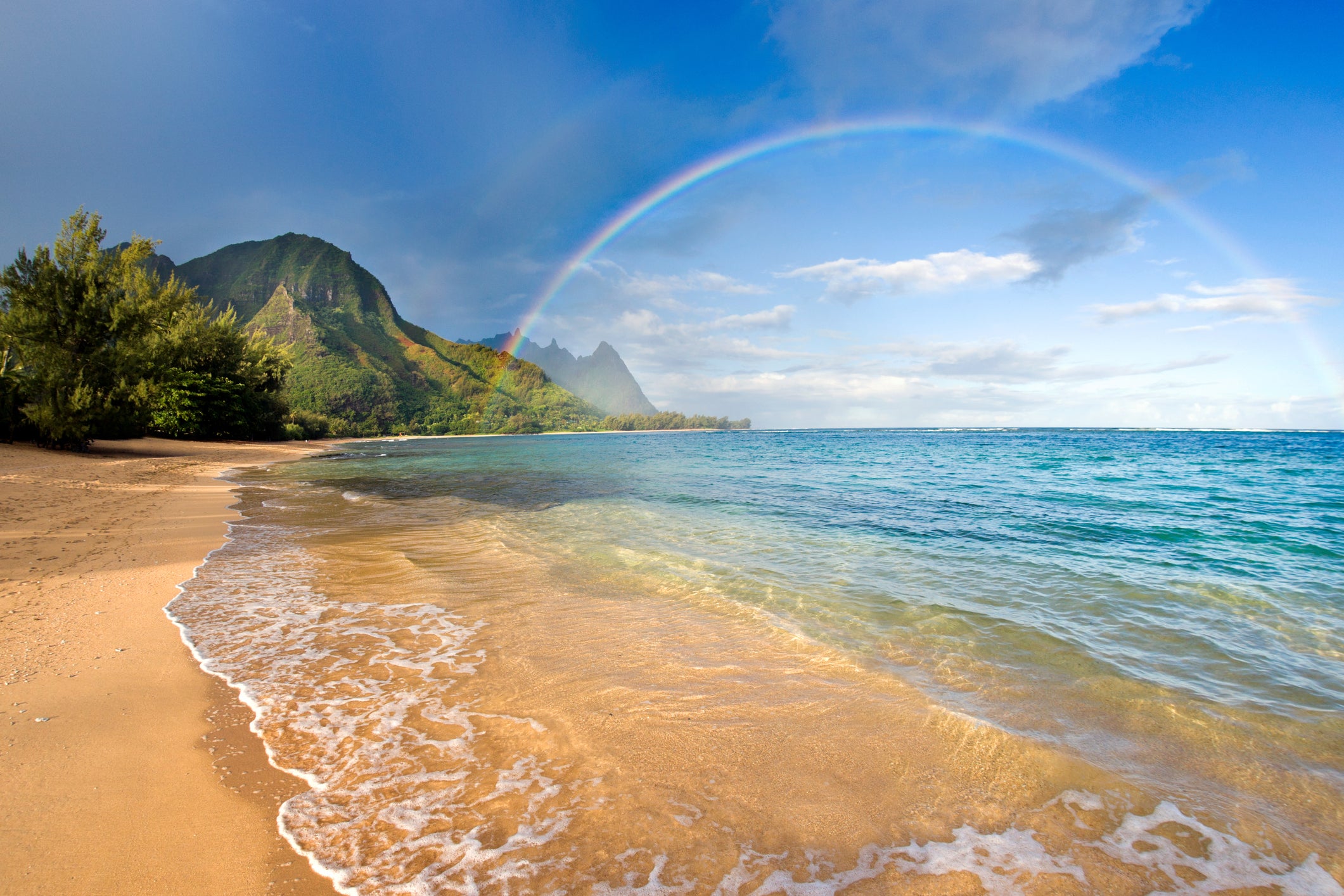 So you want to visit Hawaii. Understandable — it’s a great place.

However, unless you’re booking a spontaneous flight deal (and there certainly are plenty of those) you’ll want to plan ahead to ensure you’re traveling at the best time for your dream Hawaiian vacation.

Whether you’re looking for dry, idyllic weather or the cheapest time to book a Hawaiian hotel room, consider this your definitive guide to planning a perfect trip to Hawaii.

Generally, the best weather in Hawaii is in June, July and September. This is when travelers can expect the least amount of rainfall along with warm water temperatures.

However, Hawaii has pretty great weather year-round (after all, the Aloha State experiences only two seasons). So if traveling during June, July or September isn’t in the cards, you’re not out of luck.

Hawaii has a tropical climate with temperatures generally staying between 83 and 88 degrees.

You should check local weather, though, as conditions as some parts of the Islands are wetter than others depending on if you are staying on the windward or leeward sides of each island.

Kauai, for instance, gets a lot of rain on one side of the island. Even if the forecast calls for rain, however, the rain tends to come in short bursts and doesn't last long.

Best time to visit Hawaii to avoid the crowds

The peak tourism season in Hawaii typically starts in the middle of December and continues until the end of March or mid-April.

The offseason stretches from the middle of April until mid-June, then resumes from September until crowds tick up before the holidays.

July and August, while not considered Hawaii’s busy season, still tend to draw decent crowds — and are especially popular with vacationing families.

Traveling to Hawaii is usually priciest during peak season, so if you’re looking to save, wait until the off-peak or shoulder seasons.

The shoulder seasons in Hawaii run from March through the beginning of May, and from September until Thanksgiving. However, spring break and the beginning of September can yield high traffic and higher prices, too, so look carefully before booking.

Historical data from the travel booking site Skyscanner shows airfare is at its most expensive during the winter: specifically, January. At this time of year, long-haul flights can exceed $1,400.

However, during the shoulder seasons or times that cushion peak periods, such as late November and early March, prices can plummet.

We looked at historical data from the travel search engine Booking.com to determine the most affordable time to book a hotel room in Hawaii.

Numbers from the two most visited cities in Hawaii (Honolulu and Lahaina) suggest the most expensive month for a room in Honolulu is January, by a 22% margin over the least expensive month, April.

In Lahaina, prices are 29% more expensive in February than in September, when prices bottom out for the year.

Of course, you may have more flexibility when you cash in your points and miles — though hotel award rates tend to shift with peak and off-peak seasons, too. Also, award flight availability is often directly tied to demand.

Best time to travel to Hawaii to surf

Only four of the islands in the Hawaiian archipelago are suitable for surfing year-round: Oahu, Maui, Kauai and the Big Island. As for when and where you’d like to surf, well, that depends entirely on your skill level.

The waves follow a somewhat consistent schedule. In the winter, for example, surfers can find serious swells off an island’s north coast, while the south coast experiences calmer seas. During the summer, the opposite is true.

So, for advanced surfers, the winter season, or ho’oilo, which runs from mid-November to early February, is when you should look out for big wave surfing competitions on the North Shore of Oahu, also known as the "Seven Mile Miracle."

On the Big Island, surf enthusiasts should check out La’aloa Bay and Honoli’i Beach Park.

For novice surfers, you’ll want to spend more time on the islands’ southern coasts in the winter. In Maui, beaches in Kaanapali, Lahaina and Kihei deliver just-right waves for beginners to get their feet wet.

Whales migrate to Hawaii in pods of roughly 1,000 between late December and early April, making Maui and the Kohala Coast of the Big Island two of the best places on Earth to spot the giants.

The best time to see turtles

If you’re interested in spotting Hawaiian green sea turtles, they’re quite numerous on the Ho’okipa Beach in Maui — just don’t get too close. Visit in the summer, during nesting season, to increase your odds.

When to visit Hawaii for events

The Hawaii Food & Wine Festival is a major draw for foodies, featuring an extensive lineup of dinners, parties, cooking classes and more. In September, travelers can attend the Aloha Festivals.

This is prime season for surfing competitions, including the Vans Triple Crown on Oahu.

Heading to Hawaii in the springtime? Consider the Honolulu Festival in March or the Lantern Floating Festival, held on Memorial Day.

There is really no bad time to visit Hawaii. You'll find warm weather and sunshine most of the year depending on where you are staying.

Visit TPG’s Hawaii destination hub for links to more stories about getting to the islands, staying on the islands and what to do while you’re there.

Related stories
What are points and miles worth? TPG’s December 2022 monthly valuations
Capital One Venture X to lose Priority Pass restaurants and spa services as of Jan. 1, 2023
December 2022
Current Hyatt promotions: Bonus points on stays and dining plus double stay credits
Featured image by Getty Images
Editorial disclaimer: Opinions expressed here are the author’s alone, not those of any bank, credit card issuer, airline or hotel chain, and have not been reviewed, approved or otherwise endorsed by any of these entities.