Best hotel at San Francisco Airport: A review of the new Grand Hyatt at SFO

Articles
Summer Hull , aka Mommy Points, ran the Mommy Points site for families who want to travel more for less using miles and points for seven years. She now heads up a variety of special projects at TPG when she isn't exploring the world with her own two girls.
Follow
Jan. 05, 2020
•
11 min read 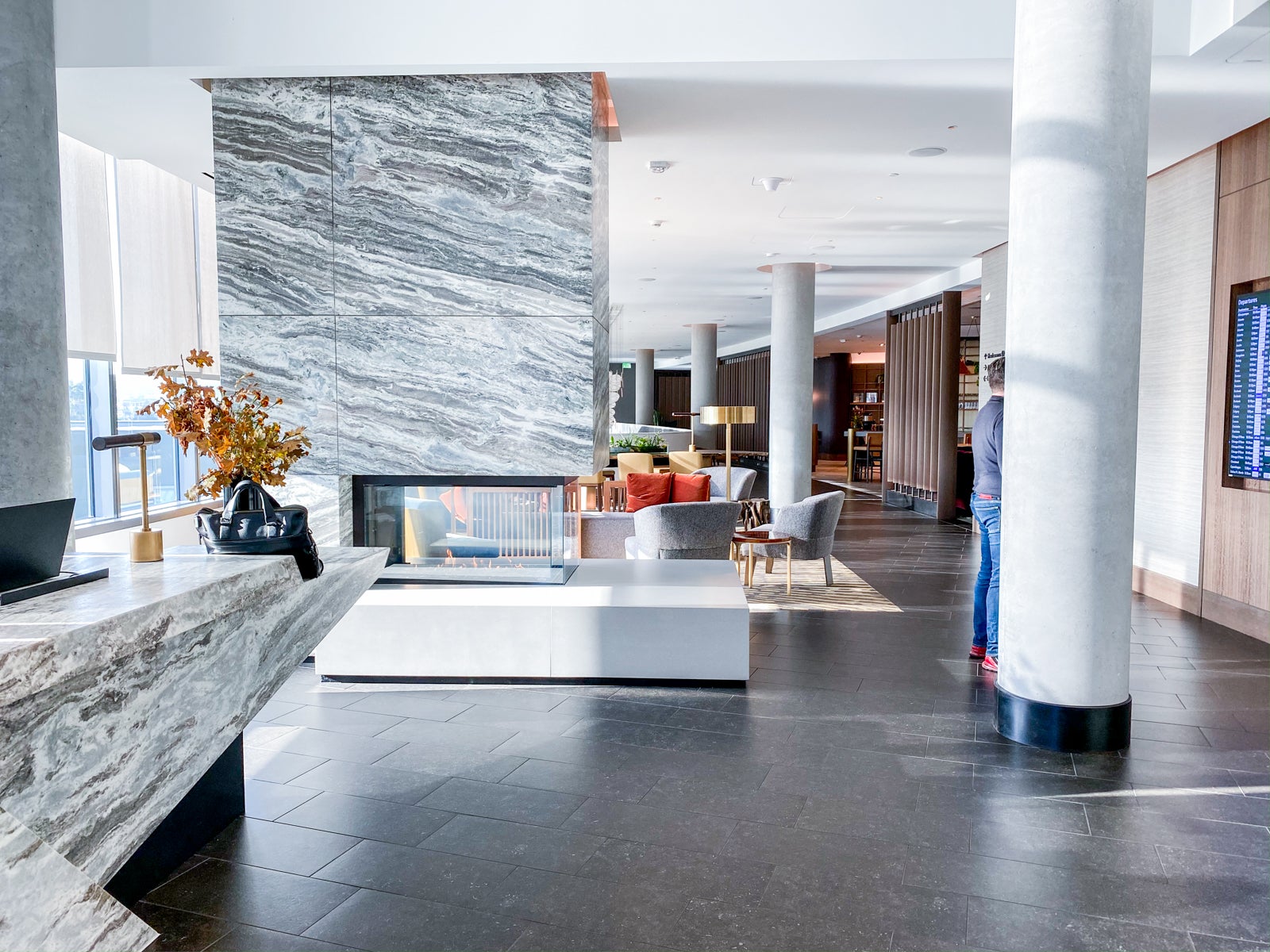 When you're tired from a long day of travel, there's nothing like the sight of a new, nice airport hotel that you can reach without actually leaving the airport or waiting for a shuttle bus. It's basically the equivalent of an oasis in the exhausted traveler desert.

If you're looking for the best hotel at San Francisco International Airport (SFO), look no further than the new Grand Hyatt at SFO, which my family and I stayed at recently. Unlike at LAX, where the best airport hotel is up for debate, I can't imagine a better place to lay your head at SFO than the new Hyatt.

The Grand Hyatt at SFO (not to be confused with the Grand Hyatt San Francisco downtown or the Hyatt Regency SFO near the airport via a shuttle bus) is a Category 5 Hyatt property that goes for 20,000 World of Hyatt points per night. This means you can use points earned from the World of Hyatt credit card. That card is offering 30,000 Bonus Points after spending $3,000 on purchases within the first 3 months from account opening. Plus, up to 30,000 more Bonus Points by earning 2 Bonus Points total per $1 spend on purchases that normally earn 1 Bonus Point, on up to $15,000 in the first six months of account opening.

If you're short on Hyatt points, you can also transfer them immediately to Hyatt at a 1:1 ratio from Chase cards such as the Chase Sapphire Reserve or Chase Sapphire Preferred Card.

I wanted to earn points this time around, as paid rates were pretty reasonable, starting at about $225 per night for a room with two queen beds. I've seen paid rates starting around $150 on off-peak dates, so check cash prices before deciding if it's worth spending 20,000 Hyatt points, since TPG values 20k Hyatt points at $340.

After making the booking, I direct messaged Hyatt on Twitter and had them attach one of my four annual club-access certificates to the stay.

Related: Why the Hyatt credit card is great for family vacations

This hotel's location's fantastic if you're coming off a flight, as all you need to do is take the SFO AirTrain to the hotel. It took about 10 minutes for us to get from the AirTrain station near our domestic United flight to the hotel lobby.

You'll know you have arrived when you spot not only the sign but the gorgeous, rainbow-colored stained-glass wall.

At check-in, we were greeted with infused tea and the news that our room on the eighth floor was ready. Our club lounge access was correctly coded on the keycard, and a last-minute delivery we had sent to the property while in flight to California was already waiting for us in our room.

At about 7 p.m. on that Friday night, the check-in area itself wasn't busy for the few moments were we there, but the adjacent bar was bustling with people.

The Grand Hyatt at SFO has 351 rooms and multiple room types, including various suites, standard king rooms and rooms with either two queen or two double beds. Double beds are always a tight fit for four people, so we were happy with two queen beds.

Our room had a much-larger-than-average entryway, which was the perfect spot for storing luggage. It made the entire space feel larger and more high-end than it really was.

The two queen beds each had four fluffy pillows, and we all slept great. The soundproofing worked, as we never heard a plane even though the international airport was just beyond the windows.

There were eight USB outlets and plenty of power outlets throughout the room.

The bathroom had a walk-in shower with mounted Pharmacopia soaps and a separate soaking tub, which we very much needed for the kids after our recent eventful flight.

However, since the soaps and shampoo were mounted to the wall in the shower, there wasn't a great way to clean the kids in the tub. We had to go to the shower to fill our hands with soap and then race over with it to the tub to scrub the kids, which was weird, but we made it work.

Otherwise, the bathroom was great, sleek and perfect for our needs.

The room had two complimentary aluminum bottles of water waiting for us (plastic water bottles are banned at SFO), but we needed more than hydration -- we needed food, stat. We ordered a room-service cheeseburger and fries ($19) for the girls to split and chicken-and-shrimp pad Thai for the adults ($24).

While ordering room service over the phone, we learned there was a kid menu with options such as chicken fingers and macaroni, even though those weren't printed in the room. The food arrived within the stated 30 minutes and was pretty darn awesome for room service.

If we or our wallets hadn't been in the mood for room service, there were several other places to eat at our fingertips. In the lobby area was the Twin Crafts Market and Bar. The market was open 24 hours a day, and the bar was open until midnight.

In addition to the sushi bar, the full-service restaurant on the third floor was Quail & Crane, open for breakfast, lunch and dinner. This restaurant was suffused with natural light and airport views.

To reach the club lounge, you had to walk through the Quail & Crane, which was sort of odd but worked.

The Grand Club was gorgeous and one of my favorites in the Lower 48, with plenty of seats, games for the kids, airplane views and plenty to munch on. The lounge was open for breakfast at 6 a.m. during the week and at 7 a.m. on the weekend.

If you want more activity than the gym or the on-site restaurants, your best bet is to take the BART into town, which would make for an easy way to start a trip to San Francisco proper.

The service we encountered at the Grand Hyatt SFO was all kind and responsive. Not only was our package (kid floaties for our trip to Bora Bora) waiting for us in our room when we arrived, but when our daughter accidentally tripped in the lobby, staff appeared with small airplane toys to help cheer her up.

We loved our stay at the Grand Hyatt at SFO. This new hotel is comfortable, easy on the eyes, has an above-average club lounge and solid service and, most importantly, is very easy to reach before or after your next flight out of SFO. This hotels sits on my list of the best airport hotels in the country and will undoubtedly be our hotel of choice the next time we need to stay at the San Francisco International Airport.