Articles
Barbara Schultz When she's not writing about travel or music, Bay Area-based journalist Barbara Schultz edits books for niche and travel publishers, such as Avalon Travel. A devoted mom of two teenagers (and one rescue dog), Barbara also gets excited about finding traditional music where it lives and, strangely, packing.
Follow
April 27, 2019
•
10 min read 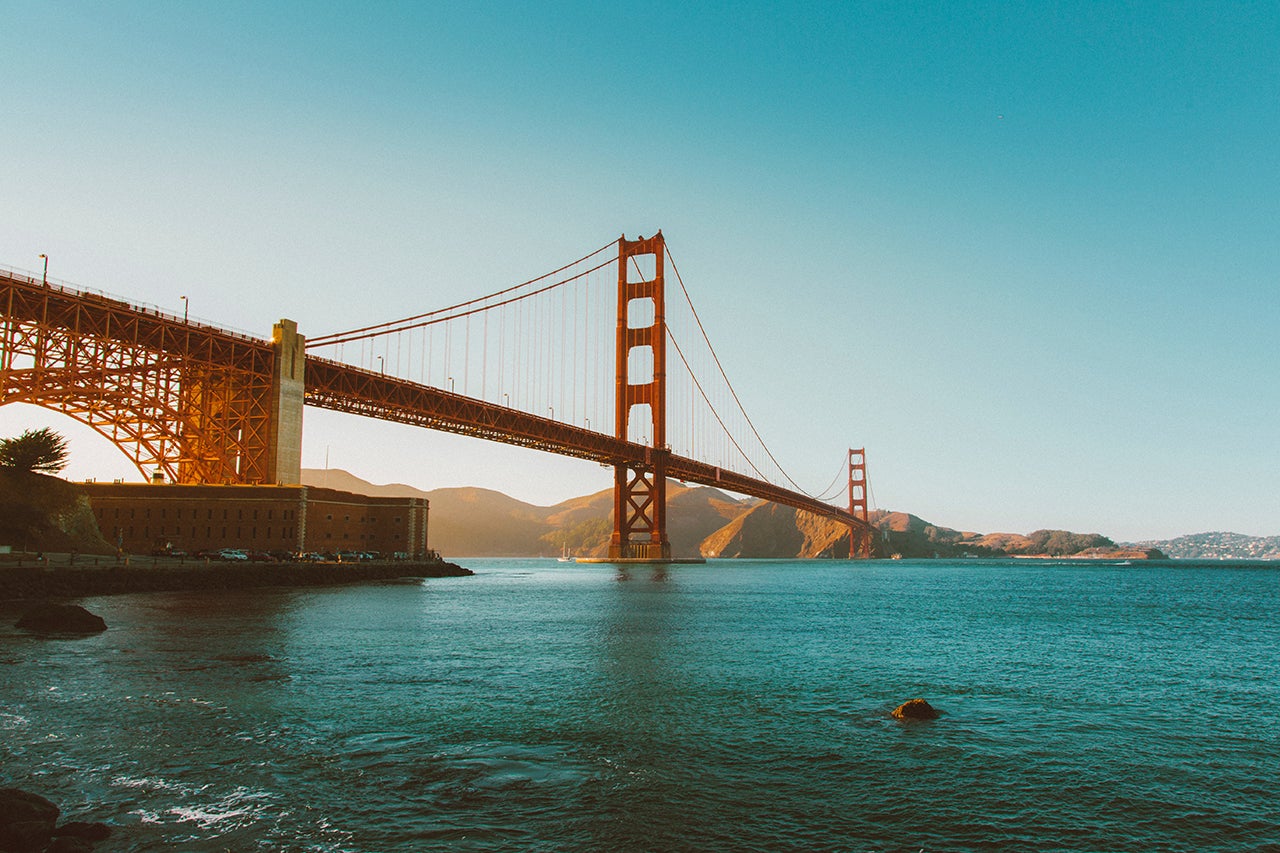 San Francisco holds great contrasts. It’s home to some of California’s most breathtaking coastline but the beaches are generally considered too cold for swimming. It’s a small, compact city but many of its charming and diverse neighborhoods are found atop or below vertiginous hills. It’s the historic home of fortune seekers and flower children, who make it one of the most expensive cities in the world but also one of the most open-minded and open-hearted.

So ride the cable cars, visit the largest Chinatown outside of Asia and explore world-class museums, restaurants and urban parks, but first check out these planning tips to get the most from your family trip.

How to Get to San Francisco

You can fly into San Francisco International Airport (SFO), the city’s international airport (15 miles from downtown). SFO is served by most major US airlines, including United (SFO is the airline’s fifth-largest hub), Alaska, American, Delta, Frontier, Hawaiian, JetBlue, Southwest, etc., as well as most international carriers. In the SFO airport you'll find an Amex Centurion Lounge (with a family room), so be sure and pack The Platinum Card® from American Express along for the ride.

If you have a hard time finding bookable award flights at SFO, consider flying into Oakland International Airport (OAK), which hosts fewer airlines and flights but is only four more miles from downtown San Francisco. OAK is especially convenient for travelers who use JetBlue, Alaska or Southwest. The latter occupies OAK’s entire Terminal 2.

Both airports are linked to downtown San Francisco by the Bay Area Rapid Transit (BART), the intercity subway. In San Francisco, the BART station is within the international terminal and is linked to all other terminals via a free AirTrain. At the smaller Oakland International Airport, enter the BART station via an escalator just outside the terminals. Color-coded route maps are posted inside the stations.

BART does not spider out to zillions of locations around the city like, say, New York’s subway system. If the train doesn’t stop within a few blocks of your hotel, you may need to hike a bit, or transfer to other transportation, such as an Uber or bus.

Depending on the size of your group, it may be just as affordable to enjoy the door-to-door comfort of a taxi, Lyft or Uber, all of which serve both airports. A basic Uber ride from SFO to downtown San Francisco costs $31–$40, whereas the BART ride is just under $10 per person. Within the city, the main public transportation system is the Muni network of buses and light-rail trains.

All of the major car rental agencies also have outlets within the airports. TPG offers a guide to help you save on rental cars and you’ll need a car if you want to venture outside the city, e.g., to see the giant redwoods in Muir Woods. However, traffic in San Francisco proper can be congested and parking is frustrating and expensive. If you’re staying in the city, let the Muni, rideshare and taxi drivers take you around.

For the best access to San Francisco’s family-friendly attractions, the downtown/Union Square area is a great bet. It's within walking distance of fun areas, such as North Beach (San Francisco’s Little Italy) and Chinatown. You’ll also be close to theaters, dining, shops and cultural attractions like the Museum of Modern Art (kids get in free) and Yerba Buena Gardens, home to green spaces, galleries and the Children’s Creativity Museum with its beautiful carousel. This is a particularly special neighborhood at holiday time, when the city installs an outdoor ice rink and lights its giant Christmas tree and oversized menorah in Union Square.

The Fisherman’s Wharf area is another family favorite, with lots of affordable hotels a stone’s throw from the kid-friendly attractions of Pier 39, the beach and tall ships at Aquatic Park and San Francisco’s chocolate mecca, Ghirardelli Square.

From either of these areas, you can also stroll the Embarcadero, enjoying bay views as you make your way to the must-visit Exploratorium science museum or the foodie-favorite Ferry Building. It’s also easy to grab public transportation or join a tour from these areas to other parts of the city that you’ll want to explore, such as Golden Gate Park and Lands End.

Downtown lodging is abundant, including Marriott’s Courtyard San Francisco Union Square (50,000 points/night), which has rooms with two double beds and free Wi-Fi, and the Hotel Adagio, Autograph Collection (also 50,000 points/night), with two queen beds per room in a Spanish colonial-revival building. If you don't want to spend points, these could be booked with the annual up to 50k cert from the Marriott Bonvoy Brilliant® American Express® Card.

There are a few Hyatt hotels downtown in San Francisco, but not all offer family-sized rooms on points. Hyatt Place San Francisco/Downtown, actually in the South Park neighborhood, offers rooms (two queen beds) for 20,000 points/night and is a short walk from the Giants’ Oracle Park, the Museum of Modern Art and Yerba Buena Gardens.

The Grand Hyatt San Francisco has rooms with two double beds available for 20,000 World of Hyatt points per night. This hotel is a great option if you enjoy club lounge access and can secure it with Globalist status, a club lounge certificate or by paying additional points or cash each night. If you are short on Hyatt points, they transfer 1:1 from Chase Ultimate Rewards and cards such as the Chase Sapphire Preferred Card.

Hilton’s Hampton Inn Downtown/Convention Center is a great deal for families, with rooms (two queen beds) from 35,000 to 60,000 points/night, including a hot breakfast and free Wi-Fi. This hotel is within walking distance of sights, shops and dining, but the block is a bit more gritty than you’ll find at the other properties listed here.

Another Hilton choice, the Parc 55 has smaller beds and rooms (two doubles/room, also from 35,000 to 60,000 points/night) just a couple of blocks from BART and the Powell Street cable car turnaround. Guests of Parc 55 also have use of the adjacent Hilton San Francisco Union Square’s outdoor pool.

Here are some good cards to quickly ramp up your family's stash of Hilton Honors points.

The Fisherman’s Wharf area is also popular, with a sizable number of affordable hotels within walking distance of the piers, Fort Mason and North Beach. Holiday Inn Express & Suites on North Point provides free breakfast and rooms with two queen beds from 50,000 points/night. If you have the IHG Rewards Premier Credit Card, keep in mind that the fourth award night is free.

The driest, warmest months are August and September, but even in summer the temperatures range from moderate to cool with average highs around 70 and lows in the 50's. No matter the season, pack layers, including a jacket.

Depending on your family’s interests, you may want to check the schedules for the San Francisco Giants, Golden State Warriors (who will move to San Francisco in fall 2019) or San Francisco 49ers (who actually play 45 miles south, in Santa Clara).

Other events to target (or avoid) include Fleet Week, usually the first weekend of October, when the Blue Angels’ acrobatics amaze onlookers. Fleet Week often overlaps with the free Hardly Strictly Bluegrass Festival, featuring three days of concerts on five stages in Golden Gate Park. HSB is tons of fun for music-loving families but a potential nightmare for parents who just want to take the kids to the Japanese tea garden.

And then there’s Pride, the largest gathering of LGBTQ people and allies in the country. Especially during the parade, San Francisco comes out in all its rainbow glory, with flags flying, crowds celebrating and the city’s main thoroughfare, Market Street, blocked. San Francisco’s 2019 Pride celebration will take place June 29–30.

San Francisco offers visiting families a world of fun and memorable experiences, but as with other urban destinations, the more you plan, the better trip you’ll have. What does your family love best about San Francisco?

Photo by Garth Pratt via Unsplash

Featured image by (Photo by Garth Pratt via Unsplash)
Editorial disclaimer: Opinions expressed here are the author’s alone, not those of any bank, credit card issuer, airline or hotel chain, and have not been reviewed, approved or otherwise endorsed by any of these entities.