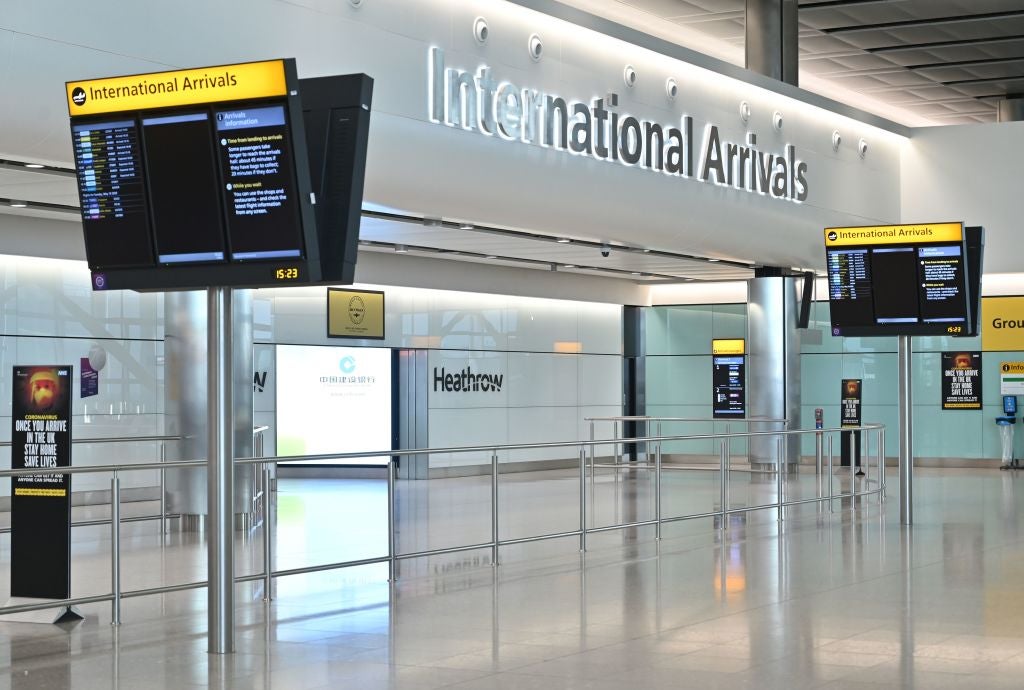 The ongoing coronavirus pandemic has had a myriad of impacts on the travel industry. While there were signs of progress in the late spring and early summer, a resurgence of cases here in the U.S. and in many countries around the world have largely quashed hopes of a quick return-to-normal for the travel industry — with some experts now using 2024 as a target date for a full economic recovery.

And sadly, recent data points show continued hesitance to take to the skies, even among even the most die-hard travelers.

A recent poll from our Future of Travel webinar series along with exclusive data from ExpertFlyer (which is owned by TPG's parent company, Red Ventures) paint a grim picture of traveler enthusiasm for hitting the road.

However, are other metrics pointing to a more optimistic outlook?

On Tuesday Sept. 1, 2020, TPG's founder and CEO Brian Kelly welcomed Ian G. Brownlee from the U.S. Department of State to his Future of Travel webinar. The topic at hand was international travel — including a discussion of ongoing border closures and passport operations — so attendees on the live session had a clear desire to hit the road outside the U.S.

However, results from the first audience poll on the webinar were telling.

When asked about upcoming international trips, here's what over 700 attendees had to say:

Out of over 700 passionate travelers who took the time to join a live session on the future of international travel, nearly half have no international trips booked at this time. And this is during a time when most airlines and hotel chains are offering incredible flexibility with their respective change and cancellation policies.

Nevertheless, a large portion of the audience remains skeptical of how quickly international travel will be restored.

Of course, having trips actually booked is different than considering one. Many people express that they want to travel but are hesitant due to the uncertainty of it all — especially as borders open and close. In fact, hotels have reported that tourists are booking trips much, much closer to departure than they have historically, showing a willingness to hit the road but a hesitation to plan too far ahead.

This pessimism is borne out further in overall search trends through the ExpertFlyer platform. If you've never utilized the site before, it allows you to search for award inventory across dozens of airlines in two, distinct ways:

These numbers dropped precipitously in the early months of the pandemic, and — despite a small uptick in June — they continue sliding down.

Here's a look at the number of new alerts created each month in 2020.

As you can see, numbers started trending down in February before dropping nearly 57% in March and another 47% in April. There was a small uptick in June, but that was short-lived, as they fell again in July 2020.

Manual searches show a similar trend since the onset of the pandemic.

You can see the late-spring optimism among travelers show up a bit earlier here, with increases in both May and June.

Unfortunately, the resurgence of cases here in the U.S. has led to back-to-back months of declining searches, falling roughly 5% in July and dropping another 3.8% in August.

These data points generally match what you'd expect. Manual searches on ExpertFlyer can be seen as an early, explorative step in the travel-planning process, while an alert shows more intent to actually take said trip. By creating an alert, a traveler is effectively saying, "I believe that this trip will happen, and I will book when it's available."

Sadly, both manual searches and alerts continue to drop — showing that even the most dedicated travelers are hesitant about committing to potential trips.

What about specific destinations?

The volume of alert and manual search data on ExpertFlyer may not be trending the right way, but what is interesting is where members are looking to visit. Typically, you'd see the largest international gateways jockeying for spots in the five most popular destinations each month — think Los Angeles (LAX), London-Heathrow (LHR) and Tokyo's two major airports.

The pandemic has introduced some noted variability in these results.

Here are the top 10 destinations for new alerts set up in August 2020:

Dubai (DXB) didn't even appear in the top 10 in June 2020, but it vaulted to sixth in July and now sits at the top of the list. Note too that Male (MLE) — the main international airport in the Maldives — occupies the fifth position, despite offering just a few dozen international flights a day (under normal operations).

When you consider manual search activity, these two airports are even more notable. Here were August's top ten destinations for manual searches through ExpertFlyer:

Male (MLE) jumps to the second spot with 44% more searches than last month, while Dubai surges to the top thanks to a month-over-month increase of nearly 20%.

Why these sudden jumps? Well, it's likely connected to the reopening plans of these respective countries.

In late-June, Dubai — the largest city in the United Arab Emirates (UAE) — announced plans to reopen to international tourists as of July 7, 2020, though upon arrival, you'll need to present a negative COVID-19 PCR test taken within 96 hours of departure (or submit to testing at the airport). Since the increase in alerts and manual searches occurred right around the time of the announcement, it's highly likely they are correlated.

RELATED: Dubai and Abu Dhabi are open for travelers. Should you go?

A similar situation existed in the Maldives (until recently, that is). The government initially announced a strict reopening plan but then backtracked to a surprisingly-flexible policy. On July 15, the country fully reopened its borders — with no testing requirements, no mandatory quarantines and no other restrictions on visitors. And ExpertFlyer users clearly responded.

However, it's worth noting that the Maldives recently changed course. As of Sept. 10, the country now requires a negative COVID-19 PCR test taken within 72 hours of departure — for all tourists.

The takeaway? Travelers are clearly favoring countries and cities that are reopening, especially to Americans. This is a trend that'll likely continue as more areas ease travel restrictions — though it'll be interesting to see if the Maldives' numbers drop back off in September due to the newly-announced restrictions.

All that said, there are signs that some consumers are willing to take to the skies again. The Friday before Labor Day saw the highest number of passengers passing through Transportation Security Administration (TSA) checkpoints in the U.S. since March 17 — though still only 44% of the volume from the same day last year.

In addition, as reported by Seeking Alpha, weekly tracking data from the United Bank of Switzerland (UBS) recently showed a notable improvement in travelers' willingness to hit the road. "36% say they would be comfortable traveling, exceeding prior highs of 29% in early August and 28% in mid June, and up from 8% in April," according to analyst Robyn Farley.

Another possible trend? Close-in bookings. As an example, a AAA representative told a Washington, D.C.-based news station that his organization was seeing a "surge in families planning last-minute trips" ahead of the Labor Day weekend. And while much of this holiday-specific demand centered on road trips, an increased comfort with air travel could lead to further increases — and opportunities to use your points and miles for incredible value.

While upward-trending numbers are obviously a positive development, that both these figures remain below 50% is telling. We can only hope that they continue moving in a positive direction as the world moves headlong into the fall.

The world of international travel is still highly restricted, and it'll be some time until things return to normal. Sadly, our data here at TPG points to high levels of hesitance among travelers, as many have no international trips booked, and user activity in ExpertFlyer continues to trend downward. While select destinations have seen notable increases and other numbers show some improvement, it remains to be seen how long-lasting the impacts from COVID-19 will be.