Articles
Alberto Riva Alberto runs our flight reviews and oversees special projects across several verticals. Previously, he was the managing editor of Vice News and worked at Bloomberg and CNN, where he was constantly trying to convince people to do more stories about airplanes. He speaks Italian, French and Spanish and one day he’ll be better at German.
Follow
May 24, 2018
•
6 min read 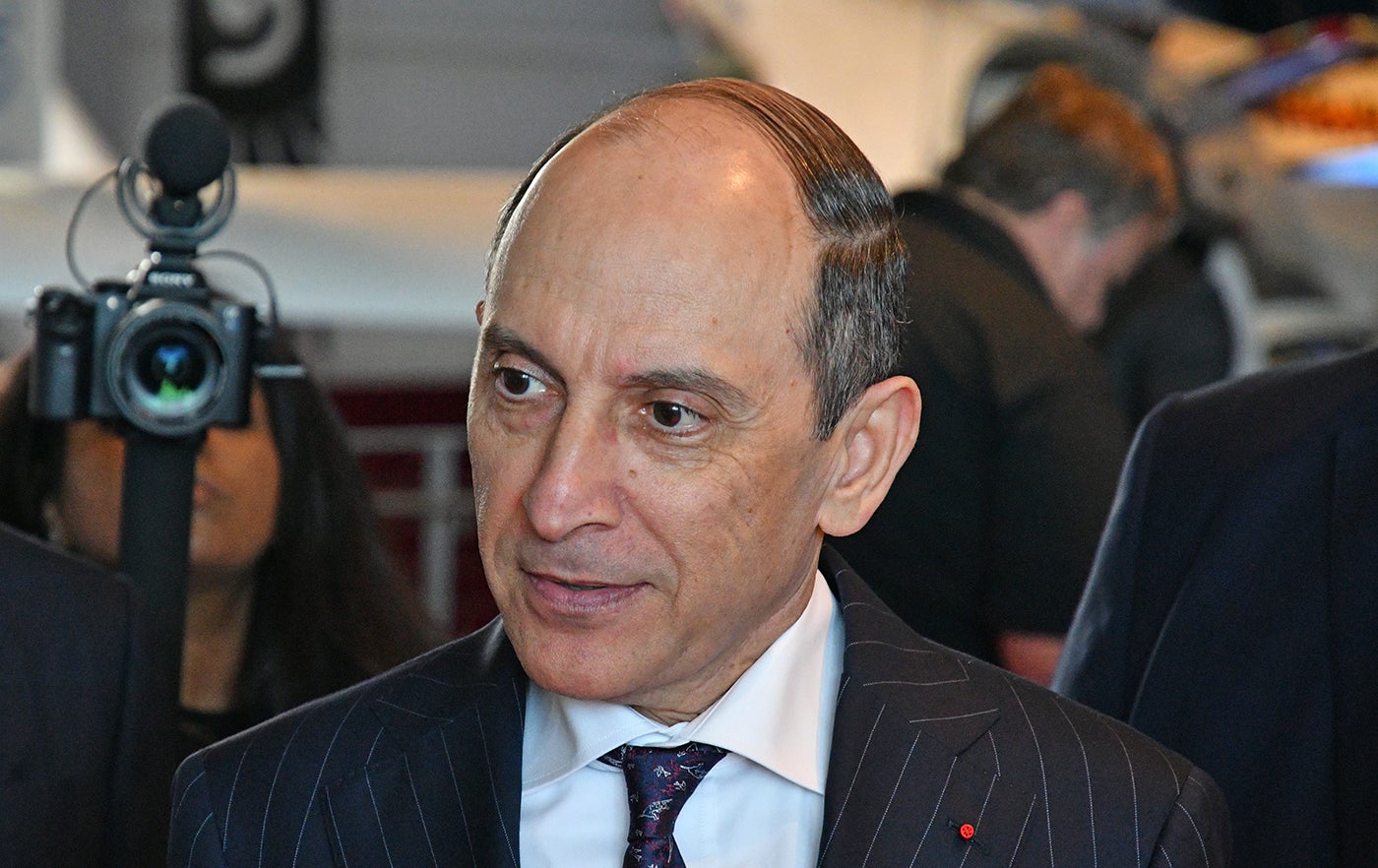 Qatar Airways' Akbar al Baker Is Worried About War, Not Low-Cost Airlines
This post contains references to products from one or more of our advertisers. We may receive compensation when you click on links to those products. Terms apply to the offers listed on this page. For an explanation of our Advertising Policy, visit this page.

Akbar al Baker is a meticulous man. The chief executive of Qatar Airways is known for a fanatical attention to detail that has led him to refuse the delivery of brand new airplanes because the cabin wasn't up to his quality standards. But he's also one of the most respected bosses in the airline industry — after all, he has presided since 1997 over the booming growth of Qatar Airways from a tiny regional outfit into a global powerhouse. Getting a chance to sit down with the outspoken (sometimes outrageously so) al Baker is rare, and we briefly caught up with the 56-year-old CEO in Seattle, where he was presiding over the delivery of the first Boeing 737 MAX to Air Italy.

Al Baker has put 39 million euros ($45 million), according to Italian press reports, into relaunching the Italian airline, making it into what he described as the future top airline in the country. Because Qatar isn't part of the European Union, he is limited to 49% of the shares — he could buy the airline outright, but then Air Italy would lose the traffic rights it enjoys as an EU carrier.

The big news for Air Italy is that it's getting a very respectable long-haul fleet from its new partner: 30 Boeing 787-8 Dreamliners over five years, enough to make it the biggest long-haul Italian airline by fleet size. But is the transfer of 30 Dreamliners to Air Italy a means of dealing with overcapacity in the Gulf? There is a growing opinion among airline analysts that the Gulf Three — Etihad, Emirates and Qatar — might have overextended in their pursuit of global domination. Orders for hundreds of new aircraft may have been predicated on excessive optimism about passenger growth. But that's not what al Baker sees.

"We are going to give our 787-8s to Air Italy, whilst we are replacing them with the 787-9," he said. "We have 30 787-8s that will transfer to Air Italy over a period of time, and we have 30 787-9 coming to the Qatar Airways fleet." The 787-8 is the smallest member of the Dreamliner lineup, seating 254 between economy and business. The longer 787-9 typically seats around 50 more. Al Baker framed the decision as a growth move: "As a matter of fact it’s not trying to reduce capacity. It’s sustaining capacity," he said.

That growth approach is counterintuitive in the Gulf these days. Emirates is parking a lot of its jets — officially because of a pilot shortage, but shrinking demand is a factor. Etihad is considering order cancellations. But the boss of Qatar Airways saw this as a chance to take a dig at his rivals. "Have you seen any Qatar Airways airplanes parked?" he deadpanned.

Al Baker famously enjoys verbal fights with his Emirati neighbors, with whom Qatar does not get along lately; the Emirati and Saudi governments are locked in a bitter dispute with it, and so are their state-owned airlines. And while Emirates and Etihad retrench, Qatar expands, with the recent announcement of new routes. "For those, you need airplanes," al Baker said. "So we’re not going to park any."

That's a bold strategy; Qatar Airways lost a lot of money last year, with al Baker himself admitting to rising costs and lower revenue. The blockade imposed on Qatar by Saudi Arabia, the Emirates and their regional allies has hurt the airline, which can't land in those countries nor overfly them, and must make circuitous, expensive workarounds. And still al Baker wants to add capacity.

"No," he said without missing a beat when asked if geopolitical risks are affecting his decisions. "We will continue to grow. We will have to face whatever is the consequences in the region."

He's far from a blind optimist, though. "Don’t forget that if there is any geopolitical risk in the region, this will be a risk for the whole world," he said. "I hope that spark does not happen. It would engulf the world. We are in very dangerous times, and I hope that cool minds will prevail and people will not overreact." And he means it when he says that a conflict in the Gulf could turn ugly, and big, fast: "Overreaction caused World War One, overreaction caused World War Two, and I hope overreaction will not cause another big conflict, which would be disastrous for the entire world."

The threats to the Gulf Three's business model — based in large part on moving people between Europe and the Americas to Asia — don't come just from the risk of future wars: The rise of low-cost, long-haul airlines might be a problem soon. Qatar may find that people are skipping its Doha hub in favor of low-fare direct flights. But al Baker was unfazed: "Just sit back and think. Have the low-cost long-haul carriers succeeded up to now? No. People want service, people want comfort and to travel in a high-quality atmosphere. There are people who want low cost, but also people who equally want quality, comfort and the finest in-flight product."

One conflict that is over for Qatar Airways is the spat with the Big Three US airlines — Delta, American and United — over whether the Gulf Three are abusing government subsidies and Open Skies agreements. The US and the Emirates have signed an agreement that largely puts an end to the brouhaha, even though there are still issues to iron out; Qatar and the US reached a separate deal. But the Qatar Airways boss isn't ready to invest in the US after being rebuffed last year, when he tried to buy as much as 10% of American Airlines.

When asked if he would reconsider an investment in AA, he was trenchant: "No I won’t. That train has passed." But investing in other US-based airlines is possible. "Maybe," said al Baker. "If we get the opportunity and the airline is comfortable with us, why not?"

A previous version of this story stated that Qatar Airways invested "an undisclosed sum" into Air Italy. The amount is in fact known and has been added to the story.