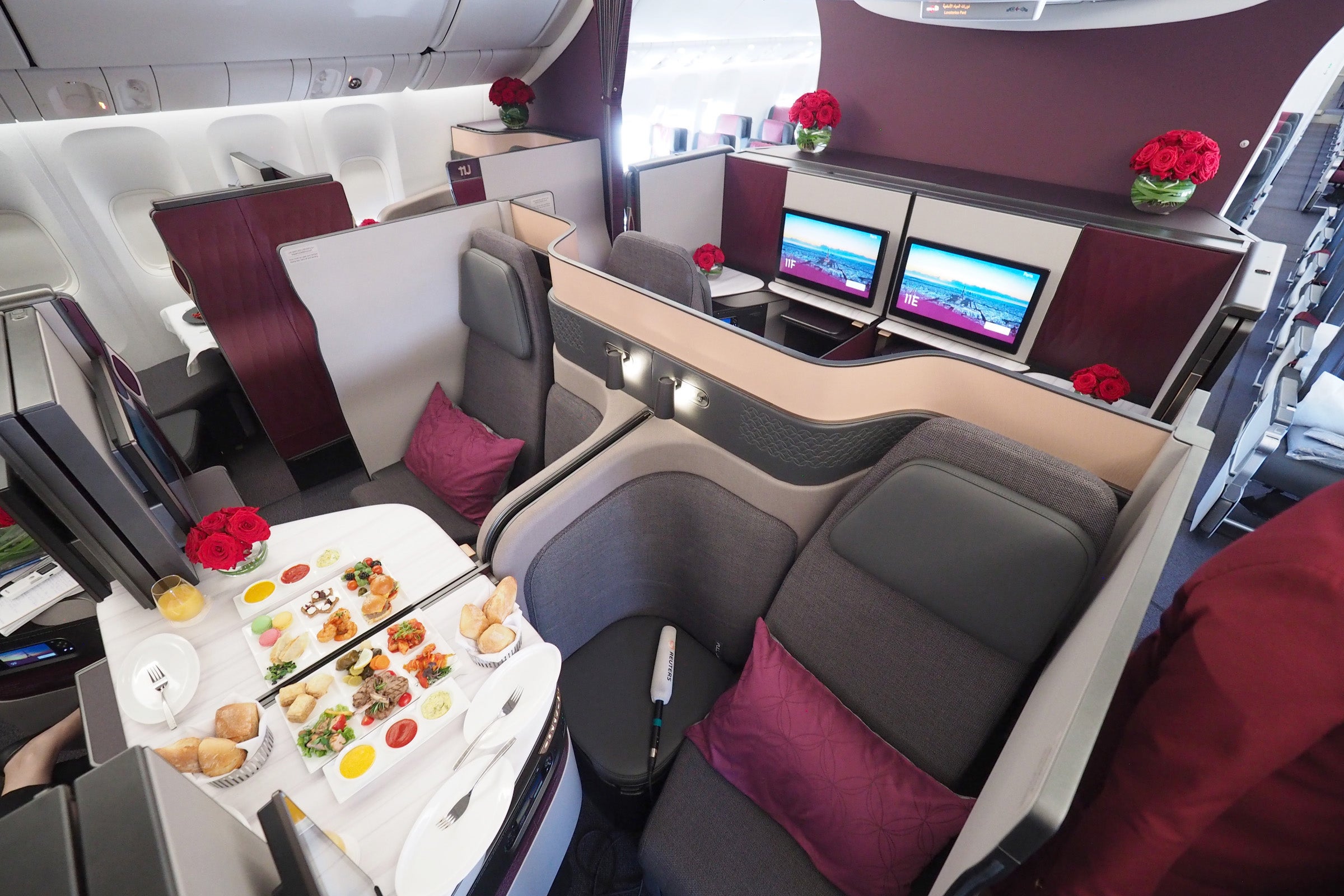 Qatar Announces New Qsuite Routes, Las Vegas Plans and 15 New Routes
This post contains references to products from one or more of our advertisers. We may receive compensation when you click on links to those products. Terms apply to the offers listed on this page. For an explanation of our Advertising Policy, visit this page.

You may never have heard of it, but ITB Berlin is the world's largest travel trade show, making it the perfect place for airlines to make big announcements and unveil new products. For example, last year, Qatar unveiled its Qsuite for the first time. Just a year later, Qatar is making news again.

In an entertaining press conference, which Qatar CEO Akbar Al Baker is well known for, Qatar announced new Qsuite routes, plans on how the airline is finally going to launch its perpetually delayed Las Vegas route and a bunch of new routes in Europe and Asia.

We were hopeful to get an answer from Al Baker about which US "East Coast" destination the airline would be launching with its brand new A350-1000 aircraft. Noting that the A350-1000 is running "proving exercises at the moment," Al Baker said that the airline wants to "make sure that the aircraft is performing well" before launching flights to the US East Coast.

However, there were three new Qsuite routes announced at the show, and all three were to ITB's host country of Germany. First, Qsuites will launch on the Frankfurt route in May. Based on the seat maps from ExpertFlyer, it seems that Qatar Flight 67 will switch from a 777 to an A350-900 on May 1:

Qsuites will also launch to Berlin and Munich by the end of summer. These routes will join the current Qsuite destinations of London, Paris, New York, Washington, DC and — soon-to-be — Chicago.

For the general Qsuite plans, Al Baker confirmed that Qsuite will be available on all aircraft except the Boeing 787 Dreamliner by the end of 2019:

Qsuite will replace all the current product in all the airplanes at Qatar Airways. All of the new airplanes that are today being delivered to us is with Qsuites. As we [retrofit] Qsuites into our fleet, minus the 787, you have always Qsuite by the middle-end of next year on every single Qatar Airways aircraft.

Will the Las Vegas route finally be launched?

Rumors about Qatar launching flights to Las Vegas (LAS) first surfaced from IATA Annual General Meeting (AGM) in June 2016, saying that the route would begin in 2017. Then, in November 2016, Qatar listed Las Vegas in its routes to be launched in 2017/2018. Then, in January 2017, Qatar announced it'd launch the Las Vegas route on January 8, 2018. Those plans were pulled in April 2017 without fanfare.

Not surprisingly, this route came up again at ITB Berlin. Al Baker explained that the route has been delayed "due to the constraints of the airplane." The airline wants to launch the new route with a Qsuite-installed aircraft, and the only aircraft that can serve the 8,100-mile route from Doha (DOH) to the famously hot destination of Las Vegas (LAS) with Qsuite installed is the Boeing 777-200LR.

The trouble is, Qatar plans to retrofit the 777-200LR "toward the end of the [retrofit] program" after at least Qatar's 777-300ER aircraft are retrofit. However, Al Baker teased that the airline might "expedite" the retrofit of a couple of 777-200LR aircraft to be able to finally launch this route.

Qatar also used its ITB Berlin press conference to announce a laundry list of new routes launching in 2018 and 2019, some of which were announced with no launch date:

But what about new destinations in the US? Unfortunately, it doesn't look like more are coming any time soon. In response to the direct question, Al Baker responded:

We have already expanded what we wanted to expand in the United States. We still have couple of destinations that we have already announced and we should be operating there soon.

That last part was in reference to the Las Vegas (LAS) and San Francisco (SFO) routes that have been announced, but which haven't yet commenced.