Articles
Katherine Fan is a former senior travel features reporter at The Points Guy who covered everything from personal finance to travel and aviation.
May 23, 2018
•
4 min read 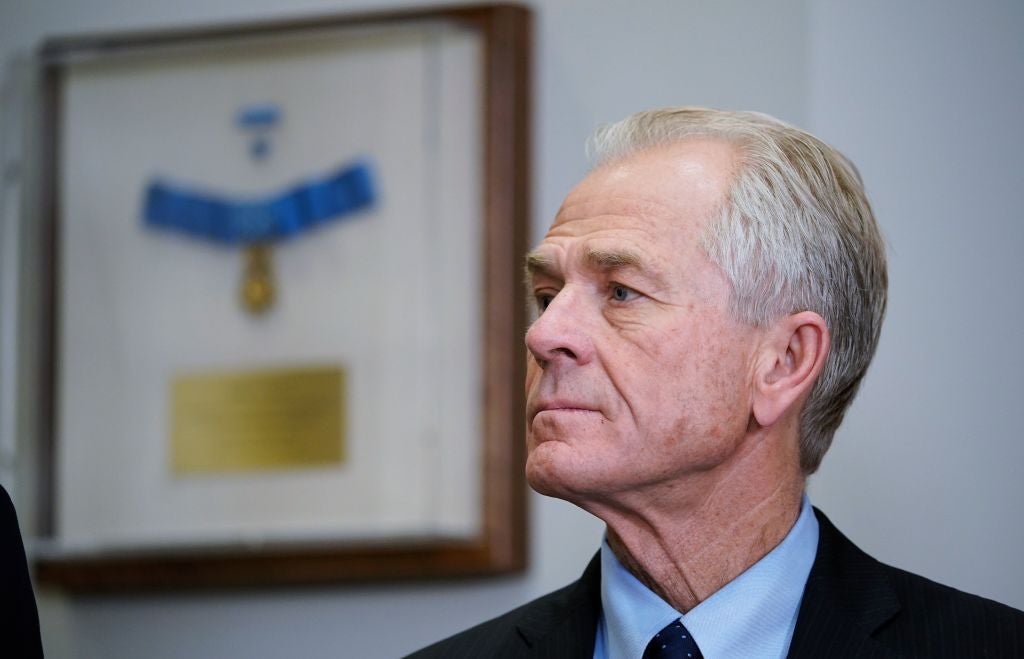 Trump's Trade Adviser Jumps Headfirst Into A Big Aviation Feud
This post contains references to products from one or more of our advertisers. We may receive compensation when you click on links to those products. Terms apply to the offers listed on this page. For an explanation of our Advertising Policy, visit this page.

President Trump's trade adviser may have just upended the aviation agreement reached earlier this month between the United States and the United Arab Emirates.

The Emirati government recently complained to the White House that the adviser, Peter Navarro, was contradicting the terms of the carefully-worded agreement, which ended a long-running spat between the Big Three US airlines — American, Delta, United — and two of the Big Three airlines from the Gulf, Emirates and Etihad. (An agreement with Qatar, which owns Qatar Airways, was reached separately in January.)

The agreement, signed on May 11, addresses the US airlines' concerns that the Emiratis are abusing government subsidies to distort competition, and are violating the terms of Open Skies agreements that liberalize flights between the two countries. The deal called for the Emirati airlines to publicly disclose their annual financials “consistent with internationally recognized accounting standards," which US carriers believe would eliminate the possibility of undue government subsidies.

Another issue of contention was fifth-freedom flights — flights operated by a foreign carrier between two foreign countries as part of service connecting those points to the airline’s home country. US carriers were concerned that their traffic was being undercut by fifth-freedom routes to Europe operated by Gulf carriers, although only two actually exist: a daily Emirates flight between New York-Kennedy (JFK) to Milan (MXP) and another from Newark (EWR) to Athens (ATH). Both continue to Dubai and can carry passengers between the US and Italy and Greece.

The deal doesn't specifically address fifth-freedom flights, but in a letter filed alongside it, the United Arab Emirates' economy minister stated that both Etihad and Emirates “voluntarily” informed the UAE government that they had “no current plans in place to make any changes” to existing fifth-freedom routes.

Now, just days after the deal was signed, Navarro has caused a stir by declaring that the agreement includes a "freeze" on all fifth-freedom flights by Emirati airlines. Yet the US State Department, which oversees international agreements on civil aviation, has insisted that the agreement does not say that.

The Partnership for Open & Fair Skies, a lobbying group that represents Delta, United and American, stated that the agreement “will freeze Emirates and Etihad Airways from adding additional direct flights from the United States to Europe and Asia.” An hour after that statement, Emirati Ambassador to the US Yousef al-Otaiba insisted that his country’s airlines were “free to continue to add and adjust routes and services.”

According to a report by the Associated Press, the delicate situation fell apart after US Assistant Secretary of State Manisha Singh hosted a joint conference call with Navarro to update the airline industry regarding the deal. During the call, Navarro repeatedly undermined the State Department's official line by insisting that the UAE airlines would not launch additional routes until further notice, asserting "that's a promise that will be kept." As lobbyists repeatedly attempted to clarify the issue, Singh in turn kept stating that the rights to add flights "do not change. That is correct." In direct contradiction, Navarro flatly said there was “a freeze on routes until further notice. So there it is.”

Although these briefings are usually considered private and off the record, The Partnership for Open & Fair Skies publicly shared a partial transcript of the call, promoting the details on social media using paid ads and an image of Navarro, according to the Associated Press. The White House reportedly was not pleased, and the transcript disappeared a few days later.

In another twist, Navarro was invited as a last-minute speaker at a May 21 event hosted by the conservative think tank Hudson Institute and partially funded by Delta Air Lines. Moments before Navarro spoke, the Washington Examiner published an opinion piece under Navarro's name that adhered to the State Department's stance, with no mention of a freeze on Emirati fifth-freedom flights. Navarro's speech at the Hudson Institute consisted of him reading the op-ed, word for word, from the stage.

Navarro has consistently pushed for stricter limitations on UAE airlines from the start of the multi-year negotiation process, according to a number of US officials and other experts involved in the discussions. When the US negotiated its similar agreement with Qatar in January, Navarro insisted on last-minute revisions to the approved terms. This left federal officials so concerned about Navarro's influence that Singh urged US companies with an interest in that agreement to voice their concerns directly to the White House. Yet Navarro denied any overreach in the procedures, stating that “the White House worked collaboratively on this issue through the inter-agency process” with the State Department.