The best ways to redeem miles to fly on an A380

Articles
Becky Pokora is an adventurer at heart who calls Buffalo, NY home. After realizing she paid way too much for a trip to Germany in 2011, she got hooked on miles and points. Now she loves sharing tips that help make travel accessible and affordable to the average joe.
Follow
Oct. 19, 2021
•
8 min read 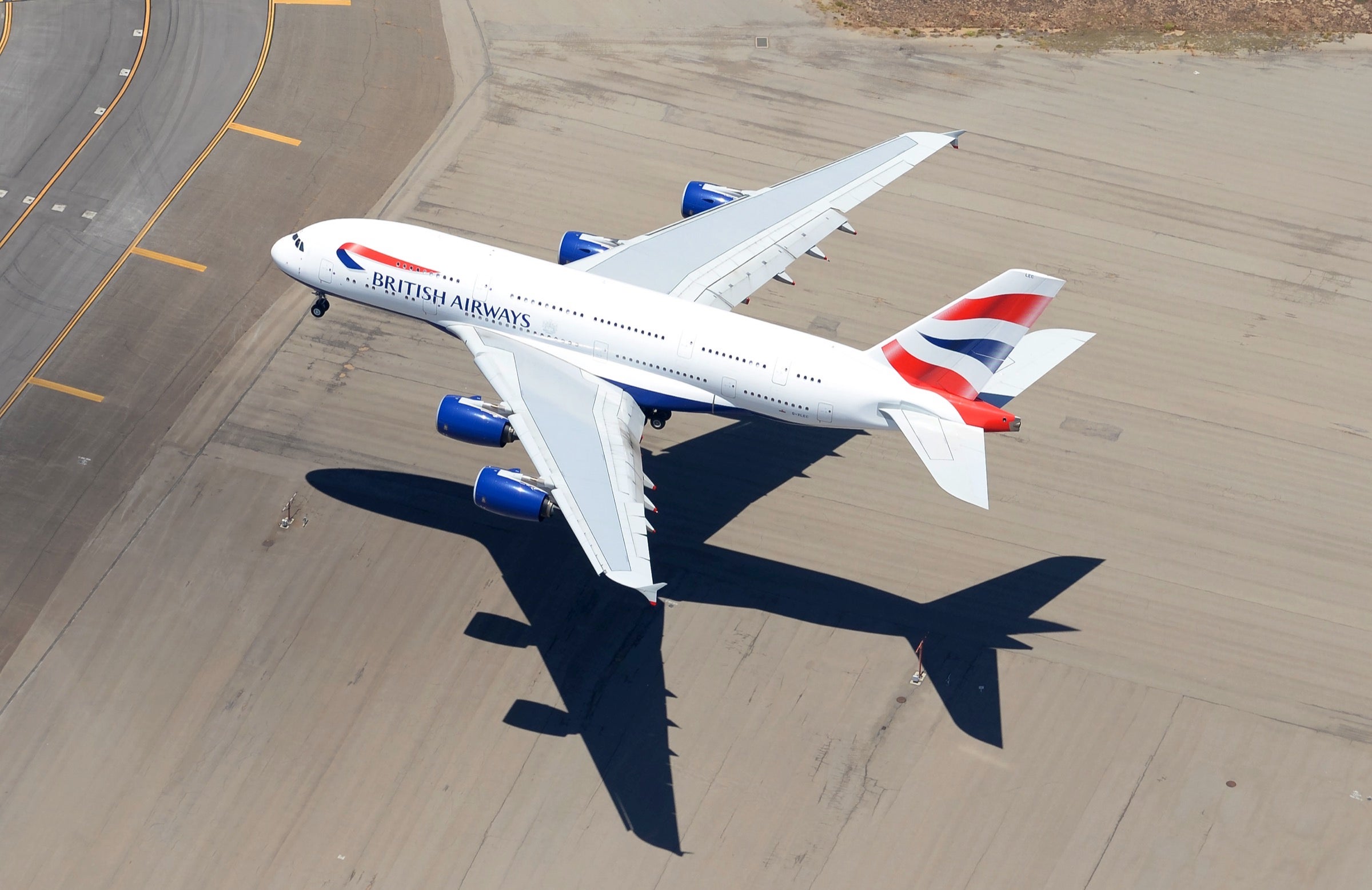 After more than a year of staying parked, several airlines are starting to bring the world's largest commercial airline back to the skies. The Airbus A380 is back in service -- and you can fly it with miles and points.

When it comes to the A380, size is the first thing you'll notice but it isn't everything. The two-story aircraft also boasts some of the most luxurious cabins flying the sky as well as one of the world's most comfortable economy cabins. Let’s take a look at the best ways to book an award ticket to fly on this mammoth aircraft.

For more TPG news delivered each morning right to your inbox, sign up for our daily newsletter!

Currently, there are nine airlines with A380s in their fleet:

Sadly, several airlines have announced they're retiring their A380 fleet early to make room for more fuel-efficient planes like the A350 or 787. Old favorites, including Air France, Etihad, Lufthansa, Malaysia Airlines and Thai Airways, don't expect to fly this wide-body anymore. Other airlines like ANA and Qantas have their A380s grounded for the foreseeable future.

Not all is lost, though. Below you'll find a handful of ways you can book A380 flights in first, business and economy class. The list only includes airlines that have announced plans to bring back A380 service and are currently selling flights on the aircraft.

A word of caution: travel demand is still volatile so it's not unheard of for airlines to swap aircraft as it gets closer to the scheduled travel date. Even if you're booked on a flight scheduled on your preferred aircraft, keep an eye on your flight all the way up to departure — or even set an aircraft change alert in ExpertFlyer (owned by TPG's parent company, Red Ventures).

Emirates has brought more A380s back into service than any other carrier. Already, you'll find this aircraft on most departures from New York-JFK, Washington Dulles, and Los Angeles. From Toronto, it flies five times a week.

First class on Emirates' A380 is all about bling, with gold accents and over-the-top design. You'll be spoiled with Dom Perignon champagne, great in-flight entertainment and access to an in-flight shower. For travelers that want a brag-worthy experience, this is a great bet.

If Dubai isn't your final destination, the A380 also flies from Emirates' hub in Dubai to cities like Johannesburg and Cairo. You can fly the A380 on Emirates' fifth-freedom route from New York-JFK to Milan (MXP), making this one of the most luxurious ways to travel to Europe.

You can book Emirates first class awards tickets with Emirates Skywards. Awards are priced by distance, meaning flights from the east coast of North America to Dubai will be slightly cheaper than from the west coast. For example, you can expect to pay 136,250 miles + approximately $180.60 in taxes for a one-way first class flight to from New York-JFK to Dubai (DXB).

Related: Everything you need to know about Emirates Skywards

Though Qatar Airways award-winning Q Suites usually get all the attention, business class on the Qatar A380 is nothing to laugh at. Every one of the 48 lie-flat herringbone seats features aisle access for a comfortable trip. Plus, onboard food and drink service is typically excellent, and there's even a bar onboard.

Most of Qatar Airways' A380s remain grounded, but the airline announced it will resume A380 service in advance of the winter holidays. As of now, the aircraft is scheduled for daily departures from London-Heathrow (LHR) and Paris (CDG) to Doha (DOH) on the A380 starting Nov. 2021.

Booking Qatar Airways flights with miles is a breeze. One of the best options is booking with American AAdvantage miles, where you'll pay 42,500 miles one-way from Europe to Doha (or anywhere else in the Middle East award region) in business class.

There are no fuel surcharges, but expect costs of about $305 from London to account for U.K. Air Passenger Duty; from Doha back to London, it's much cheaper at $25. Flights from Paris are cheaper with $68.75 in taxes and fees to Doha and $25 in fees from Doha to Paris.

While the longest flight in the world is operated by a different aircraft, you'll find Singapore Airlines' A380s on a handful of routes. Singapore recently announced plans to reopen to international tourists from select countries on Oct. 19. Shortly thereafter, Singapore Airlines announced that its A380 will again fly the London to Singapore route starting Nov. 18, 2021.

Singapore's A380 aircraft is outfitted with first, business, premium economy and economy classes. While the first class Suites product may be the most aspirational, award space is often hard to come by. Thankfully, business class is much easier to book and its nothing short of an excellent experience, with a great seat and top-notch onboard dining and service.

Since Krisflyer is a transfer partner of Amex, Capital One, Citi and Chase, you should have no problem acquiring the miles you need.

British Airways used to operate numerous A380s to the U.S. but grounded its superjumbo fleet early on in the pandemic. Thankfully, that's changing in December when the airline relaunches A380 service from London to Dallas-Fort Worth (DFW), Los Angeles (LAX) and Miami (MIA).

Although all economy passengers can enjoy a quieter, most restful flight on the A380, the upper deck is where it shines. Here, the economy cabin only has two seats instead of three next to the windows, giving travelers who are traveling in pairs a little more privacy. And when you're in economy, every little bit helps.

British Airways Executive Club prices award tickets based on distance, with flights from Miami to London starting as low as 25,000 Avios and $229 in taxes and fees on off-peak dates. Or, you can book the same flight for 30,000 AAdvantage miles and $199.20 in taxes and fees.

Related: The best seats on a British Airways Airbus A380

Aviation geeks aren't the only ones who should be excited now that the A380 is returning to service. It's not just a novelty to fly these planes: it's a comfortable, memorable way to travel and best of all, you can book it for free. Plus, it's a clear indicator that air travel is returning to some resemblance of normal after a massive coronavirus-fueled slowdown in 2020.

Feature photo by Thiago B Trevisan/Shutterstock.com

Featured image by (Photo by Thiago B Trevisan/Shutterstock.com)
Editorial disclaimer: Opinions expressed here are the author’s alone, not those of any bank, credit card issuer, airline or hotel chain, and have not been reviewed, approved or otherwise endorsed by any of these entities.