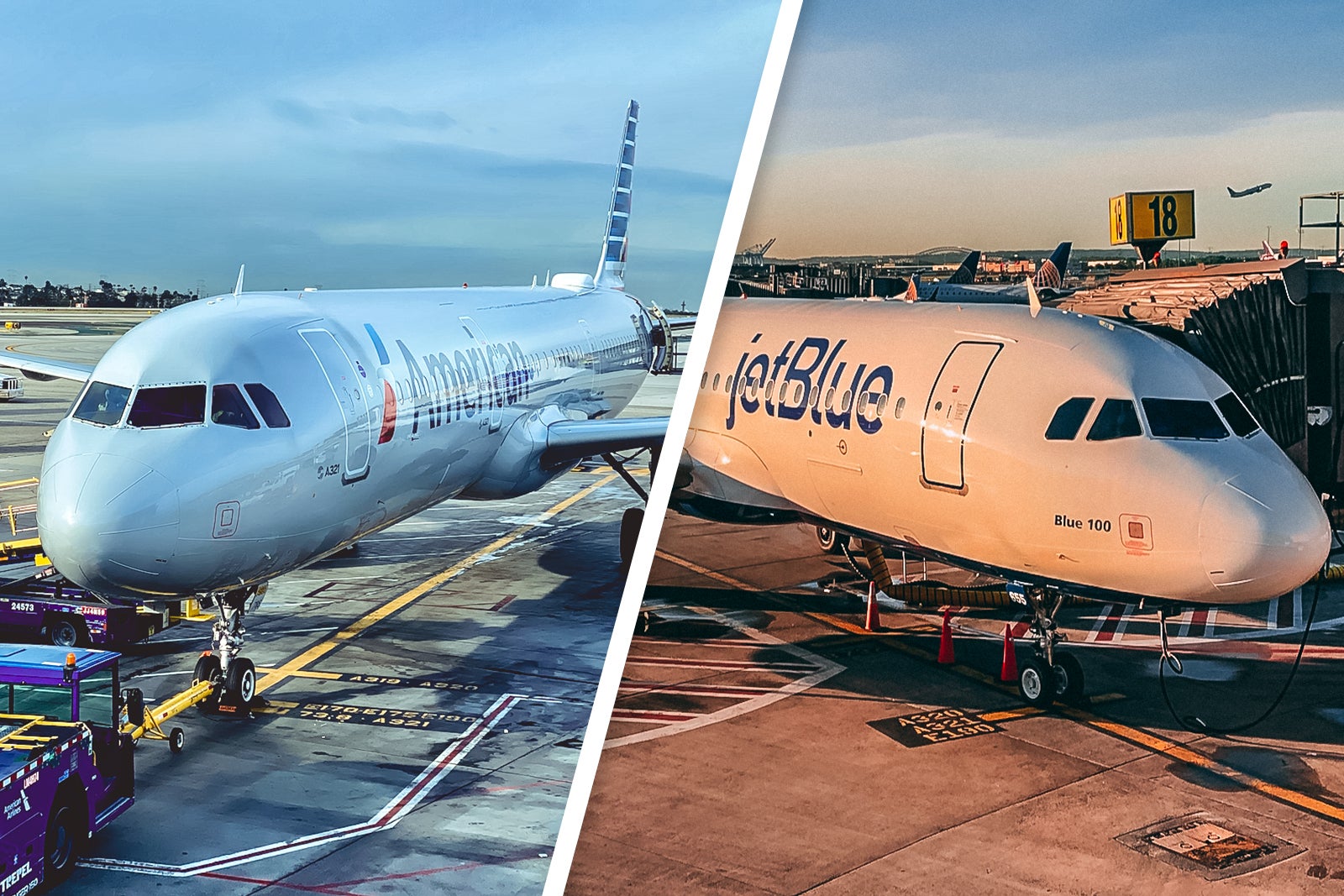 In case you missed it, American Airlines and JetBlue are joining forces to create a strategic partnership.

In the midst of the global pandemic, once-competitors are turning into allies. The partnership includes a newly-formed codeshare between the carriers, paving the way for new domestic and international routes from the Northeast.

As part of the new pact, frequent flyers are going to be rewarded. We're told to expect "new benefits" and the possibility of "additional premium experiences."

Unfortunately, however, we don't yet have the exact details. Nor do we know when they'll be formalized.

But long-time aviation fans will remember that this isn't the first time that AA and JetBlue teamed up. The two carriers had a four-year-long partnership beginning in 2010 that included limited reciprocal loyalty benefits.

Fast forward ten years later, and we should expect a much deeper — and rewarding — proposition for loyal customers.

As part of the new codeshare agreements, expect the ability to earn JetBlue TrueBlue points for any AA flights covered by the partnership.

JetBlue TrueBlue typically awards points based on the cost of the flight, so it'll likely implement something similar for those flying on AA metal. Though it's possible that JetBlue will create a fixed-mileage earning scheme for AA flights (like it does for other partners), it'll likely opt to keep things streamlined.

Even if JetBlue doesn't receive the exact fare data from your AA flights, it could create a similar algorithm to United's for Star Alliance flights.

Last time AA and JetBlue teamed up, you could only earn redeemable miles for flights booked as part of the agreement.

Taking a cue from AA's recent partnership with Alaska will help us understand what to expect here. Earning miles will likely be based on a percentage of flight distance and fare class. A deep-discount coach ticket will likely earn just 25% of distance flown base miles. Mint will likely be 150% of base miles earned.

Because of the scale of the new pact, it's certainly possible that AA and JetBlue will also award elite-qualifying miles and dollars too.

Though I'm confident that earning redeemable miles through the partnership is coming, it’s not yet clear if reciprocal elite qualification perks will be too.

If elite earning is included, this would be great news for AA elites, who are looking to boost their elite status through a combination of AA and JetBlue flights.

JetBlue's got just one elite tier — Mosaic — and points earned from AA flights would hopefully count towards your elite progress too.

As an American and JetBlue loyalist, I'm certainly hopeful, but perhaps this is something that may show up a later phase of this newly-formed relationship. But, we're living in unprecedented times, and if the carriers want to boost business from loyal flyers, perhaps elite qualification perks will be included from the outset.

This one will be interesting.

Last time around, AA and JetBlue didn't offer the ability to redeem points for each other's flights. This time around, I'd bet that changes.

We can expect something similar to the West Coast-focused alliance with Alaska Airlines, which includes the ability to redeem miles on each other's flights.

Time will tell whether this which flights this includes. Either way, AA will likely add JetBlue to its partner airline award chart (while it still exists.)

Should AA indeed make that move, expect to pay 12,500 miles for a one-way domestic coach award on JetBlue.

The current rate for domestic biz booked with AA miles — which would equate to a JetBlue Mint flight — is 25,000 miles one way. As such, it's possible that AA may add a mileage surcharge for Mint. Either way, this could be the first time ever that you could redeem miles for Mint in an economical manner.

On the JetBlue side, you'll likely be able to redeem TrueBlue points for eligible AA flights. JetBlue offers revenue-based redemptions (at a valuation of 1.3 cents per point) for its own flights.

For partners, it's historically created award charts. It'll likely do the same with AA, though hopefully, it's more rewarding than the carrier's partnership with Hawaiian Airlines.

JetBlue just recently added the ability to use a combination of cash and points for its own flights. If the carrier really wants to differentiate this strategic partnership, it may implement the same capability for AA flights.

At their core, American and JetBlue have different elite status models. The Fort Worth, Texas-based carrier has four published elite tiers, while the New York-based airline only has Mosaic. (Though more tiers are likely on their way.)

Mapping the benefits between carriers won't be easy, but it's being promised. So what will that look like?

Two of the most interesting questions are what's going to happen with extra-legroom coach seating and upgrades. After all, both airlines promise "additional premium experiences for customers."

For the former, AA currently offers Platinum and above elites complimentary access to Main Cabin Extra seats. JetBlue Mosaics can use points at a very reduced rate to sit in Even More Space (EMS) seating.

I wouldn't be surprised if American and JetBlue offered complimentary day-of-departure access to their extra legroom seats for elites. And perhaps top-tier Executive Platinums could get free, or highly discounted, EMS seating at booking.

Elite upgrades are a whole other question. Historically, JetBlue hasn't offered upgrades as a published benefit of its Mosaic status. And I'd be shocked if that changed as part of this new partnership.

But as part of the expanded transcon network, AA may ink a deal that allows its top-tier elites to use systemwide upgrades for JetBlue Mint. That's definitely wishful thinking, but it would certainly fit the bill for "expanded benefits" and "additional premium experiences."

There's so much more to come from the new pact between American Airlines and JetBlue.

Aside from a host of new routes, one of the key points of the new agreement is an expanded and rewarding frequent flyer partnership. In addition to earning miles on each other's flights, hopefully, there'll be an option to redeem points too.

Expect some level of reciprocity with frequent flyer benefits too. What exactly that entails is up for debate, but I'm hoping it's expanded to include extra-legroom seating and premium-cabin upgrades.