American Airlines Elite Qualifying Dollars: What EQDs are and how you earn them 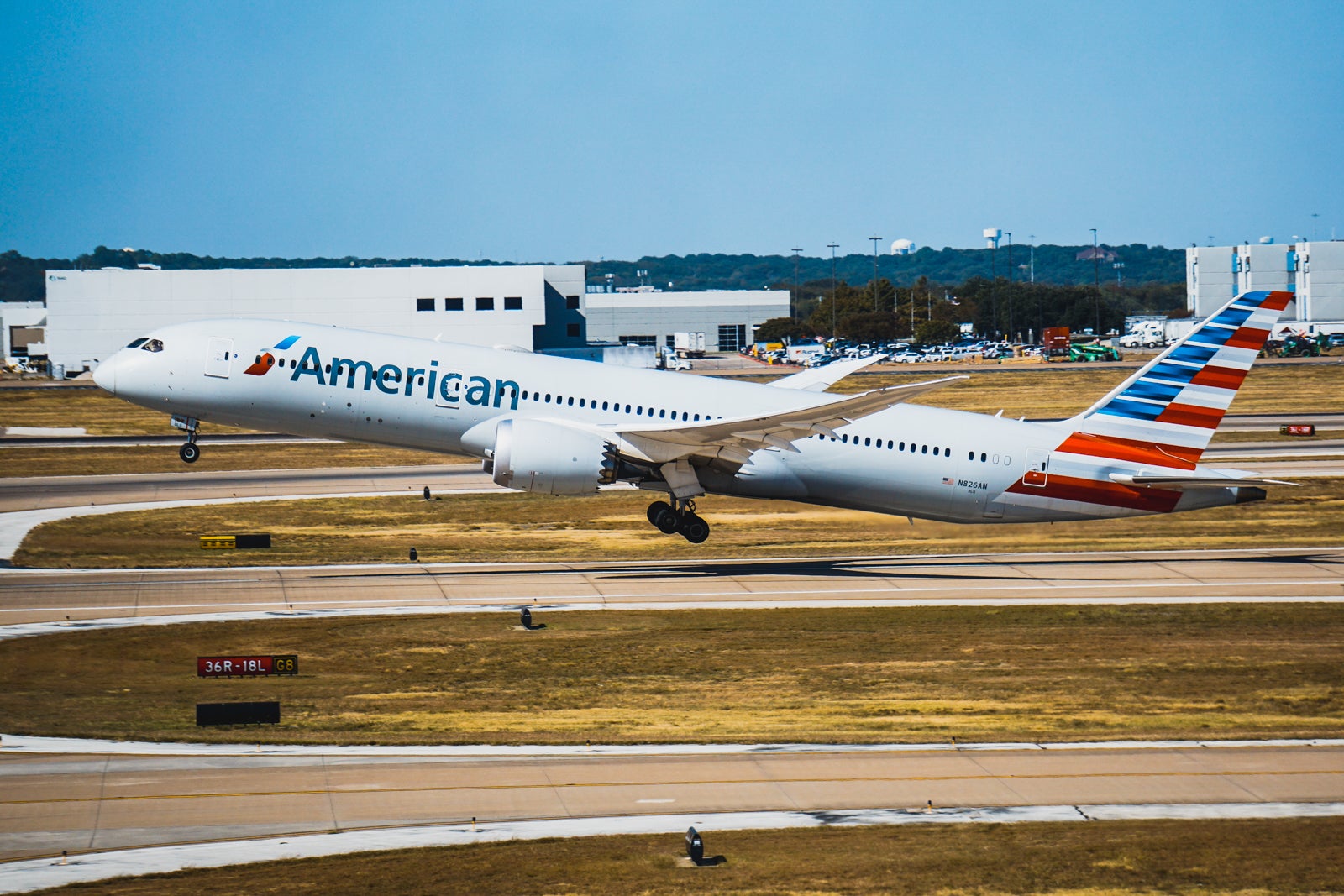 As part of its transition to a revenue-based program in August 2016, American Airlines introduced a new metric: Elite Qualifying Dollars (EQD). This measurement for spending is now important for three reasons: elite status, upgrade priority and award mileage earnings on American Airlines-marketed flights.

But, as with AA's Elite Qualifying Miles (EQM), EQDs aren't as straightforward as you might assume. Although you might expect to earn 600 EQD from spending $600 on a flight, you'll almost certainly earn less. Or — if the flight is booked through a partner — you might earn more than 600 EQD.

How many EQDs are needed for elite status?

American Airlines flyers have two ways of qualifying for elite status: by earning enough EQM or enough Elite Qualifying Segments (EQS). However, in addition to getting enough EQM or EQS, you're going to have to earn enough EQD. There's no waiver or way to get around this requirement.

To earn status in 2019 and beyond, you'll need to meet the following requirements:

How EQDs factor into upgrade priority

In the past, American Airlines used to prioritize upgrades on a first-request basis. After grouping requests by elite status, the upgrade would be granted to the first traveler who requested the upgrade. This was great for travelers who booked flights in advance but was a bane for business travelers who often were paying significantly more for their last-minute flights.

Although EQD may seem further down the list at first glance, it's often the primary tiebreaker. As it's very rare that two elites at the same level and using the same type of upgrade would have the same 12-month rolling EQD, the last two tiebreakers rarely factor into the decision. That means upgrade requests are effectively sorted as follows with EQD being the tiebreaker within each group:

Put another way, you're going to need to be the highest-spending traveler at your elite level on the flight to get an upgrade. This works to incentivize frequent flyers to continue giving their business to AA even after reaching a particular elite status level.

How to figure out which EQD earning chart to use

AAdvantage award miles, EQM and EQD earnings are based on the airline "marketing" the flight. For domestic flights on AA, this isn't going to be complicated. If you're flying on an American Airlines-operated flight and booking through American Airlines, you're surely booking an AA flight number.

However, it gets more complicated when you consider international itineraries. American Airlines has codeshares on many Oneworld and non-alliance partners -- and vice versa. So, you're going to need to pay attention to the flight numbers when booking a flight.

Similarly, you can fly between Chicago O'Hare (ORD) and Pittsburgh (PIT) on British Airways flight 4761 — which is a flight operated by American Airlines.

When it comes to AAdvantage award mileage, EQM and EQD earnings, the most important aspect is the airline in the flight number. This is referred to as the airline "marketing" the flight, and it can differ from the airline operating the flight or the airline that sold you the ticket.

In the first example, you'd earn miles based on the American Airlines earning scheme despite flying on Air Tahiti Nui as the booking has AA flight numbers. However, in the second example, your mileage earnings are based on the British Airways partner chart since you booked with BA flight numbers — despite flying American Airlines aircraft the entire way from London to Pittsburgh.

Related: How to earn miles in the American Airlines AAdvantage program

When it comes to AA-marketed flights, you're going to earn Elite Qualifying Dollars (EQD) based on the amount you pay for the flight — excluding government-imposed taxes and fees.

No other spending on American Airlines counts toward EQDs. That means that checked baggage fees, seat selection fees, mileage upgrade copays, pet fees, lounge memberships or anything else you might pay the airline isn't going to help you toward elite status or award mileage earnings.

If you book an American Airlines-marketed flight through AA's website, you won't need to do any math; AA will tell you how many EQM, EQS and EQD will be earned from the trip on the review and payment page:

Unlike with EQM earnings, it doesn't matter what cabin you fly. The only thing that matters is the actual cost. That means that you could potentially earn more EQDs from a basic economy fare than a business class ticket.

Also, unlike AA's policy that all flights earn a base of 500 EQM, there's no minimum amount of EQD that you can earn from a flight. For example, I found this basic economy flight from Las Vegas (LAS) to Phoenix (PHX) for $33 that earns just 17 EQD after you exclude taxes:

Between the exclusion of government taxes and these additional fees, travelers who exclusively book American Airlines-marketed flights are going to end up spending well over $15,000 with American Airlines to earn the 15,000 EQD required to get top-tier Executive Platinum elite status.

While earning EQD on American Airlines is based on how much you spend, earning EQDs on partners is solely based on how far you fly and the relevant EQD earning rate for the airline fare class you booked into.

If you're looking for EQM and EQD earnings, there are several partner economy fare classes that you'll want to avoid. The following partner fare classes earn zero EQDs -- no matter the distance of the flight:

Except for the fares listed above, all other Oneworld economy booking classes are going to earn at least 5% of the flight miles as EQDs.

For example, a cheap deal on Iberia is likely to book into either fare class O or Q. Flights between New York-JFK and Madrid (MAD) are 3,589 miles each way. That means a round-trip is going to earn 359 EQDs (3,589 miles each way x 2 ways x 5% earning rate).

If you booked a cheap flight, it's likely that you booked into one of these fare classes — which almost all earn 5% EQDs:

For travelers who end up having to pay extraordinarily high fares for full-fare economy (fare classes Y and sometimes B), the good news is that you'll earn 20% of the flight miles as EQD:

For the other fare codes between the "deep discount" and full-fare classes, earn rates range between 5% and 15% of flight miles as EQD.

*Finnair doesn't operate premium economy on its own aircraft. However, you can book American Airlines, British Airways or Iberia premium economy through Finnair as part of the partnership between these airlines.

The ability to book AA flights through partners can be particularly useful for earning extra EQDs on the same flights. For example, take an American Airlines premium economy flight between Miami (MIA) and Madrid, Spain (MAD) for $893 round-trip. Booked through American Airlines, you'd earn 800 EQD — as well as 13,272 EQM and 4,000 award miles before elite bonuses:

While premium economy is a sweet spot across the board, EQD earnings on business-class fares vary widely — from as little as 14% of flight miles up to 45% of flight miles.

Japan Airlines "I" fare class flights earn just 14% of flight miles as EQDs. If that sounds low, you're right. That's less than the 20% EQD earning rate in premium economy, and you're surely paying more for these business-class fares. Meanwhile, you can earn as much as 45% on Qantas "J" and "C" fare classes between the U.S. and Australia or New Zealand. However, those fares are likely to be quite expensive.

Most of the other Oneworld partner EQD earning rates fall between 20% and 30% of flight miles — with only Finnair and LATAM having exceptions. As you can see, the business-class EQD-earning chart generally isn't much higher than the premium economy EQD chart:

If flying is leaving you short of the EQDs you want to reach elite status, you don't necessarily need to book another flight. There are two credit cards that can help you earn elite status:

This card isn't available to apply for directly. Instead, you’ll need to have the AAdvantage Aviator Red World Elite Mastercard for at least 90 days before you can call Barclays and request an upgrade to the Aviator Silver card. And the EQD-earning rules on this card depend on when you converted to this card.

The information for the AAdvantage Aviator Red World Elite Mastercard has been collected independently by The Points Guy. The card details on this page have not been reviewed or provided by the card issuer.

The other card that offers EQD earnings is the Barclaycard AAdvantage Aviator Business Mastercard. You can earn 3,000 EQDs for spending $25,000 in a calendar year. Additional perks include a free checked bag (with limitations), preferred boarding, 25% back on food and drinks purchased on AA flights and 2x miles on AA flights, telecom, office supply and car rental purchases.

The information for the Barclaycard AAdvantage Aviator Business Mastercard has been collected independently by The Points Guy. The card details on this page have not been reviewed or provided by the card issuer.

Related stories
Here are the best Black Friday travel deals of 2022
Great deal: Book business class tickets at premium economy prices with this Avianca LifeMiles sale
Holiday gift guide: TPG’s 22 travel-friendly picks for 2022
Vail Resorts lift-ticket sales capped; buy your Epic Pass by Dec. 4
Featured image by (Photo by JT Genter/The Points Guy)
Editorial disclaimer: Opinions expressed here are the author’s alone, not those of any bank, credit card issuer, airline or hotel chain, and have not been reviewed, approved or otherwise endorsed by any of these entities.