How to use American systemwide upgrades 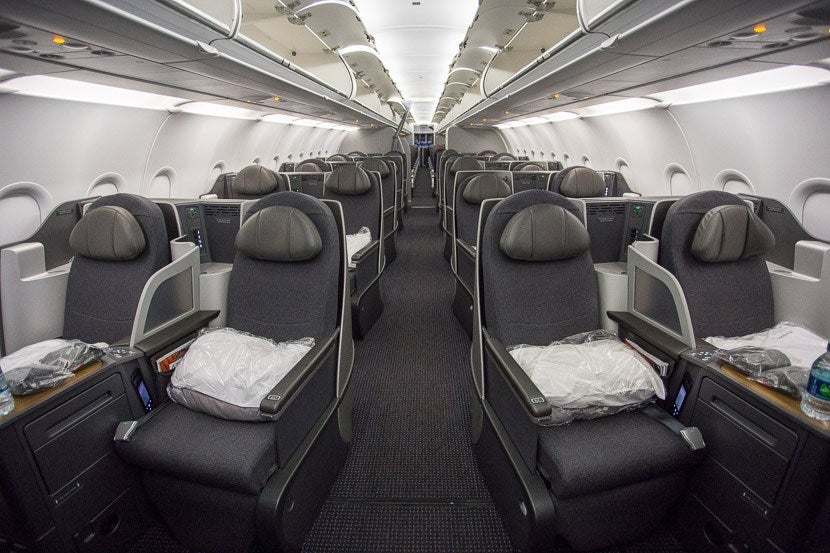 American Airlines made some dramatic changes to its AAdvantage program's elite status benefits late in 2020. Among the updates introduced were new rewards options, including the opportunity to earn more systemwide upgrades each year. Even folks who reach the Platinum Pro tier can now select a so-called SWU as their benefit, which is completely new.

That said, American Airlines hasn't announced additional extensions of status or status-related perks and certificates, including SWUs, for 2021 and 2022. So if you're sitting on some of these ultra-valuable upgrades, now might be the time to think about how you will apply them to your future travel plans.

Want the latest card benefits sent to your inbox? Sign up for our TPG daily newsletter.

How to earn systemwide upgrades

Let's start with the basics. In the past, systemwide upgrades were only awarded to folks who reached the highest echelons of American Airlines' elite status program, AAdvantage Executive Platinum and Concierge Key. That's changed, though.

Systemwide upgrades post to your account within 48 hours of being earned and normally expire one year from the date they are deposited, though you can apply them to itineraries that take place after that date.

Related: What is American Airlines elite status worth in 2021?

When can I request to use an SWU?

You can call and request to use an SWU while booking a ticket over the phone or after a ticket you booked by yourself online is issued. You can search for tickets with upgrade space available, but you'll still have to call the elite desk to apply an SWU or request to be placed on the waitlist.

When can my upgrade be confirmed?

If you can find a flight showing “A” fare (for business to first on three-cabin airplanes) or “C” fare (economy to business or economy to first on domestic) as available, you’ll be able to instantly confirm your upgrade when your ticket is issued. If not, you’ll be waitlisted and your upgrade can clear at any time all the way until departure. If it hasn’t cleared within 48 hours before departure, you’ll be placed on the airport waitlist. Make sure you understand American’s upgrade priority — a complex mess that even most gate agents struggle to comprehend.

Which fare classes are eligible for an SWU?

How do I apply an SWU?

You must call to have an SWU applied, as there’s currently no way to complete an SWU electronically.

Can I only use SWUs for myself?

You may gift an SWU to any traveler you like, whether you’re traveling with them or not.

Can I use an SWU on other airlines?

No, you can only use an upgrade on flights marketed and operated by American Airlines or American Eagle that offer a first- or business-class cabin for travel. This means you cannot use an SWU on codeshare flights or partner airlines.

What if my upgrade doesn’t clear?

The SWU will be redeposited into your account. If you have to cancel or change a flight with an SWU already applied, it’s your responsibility to call and have the SWU redeposited. You should keep an eye on this, as the redeposit can take a frustratingly long time and several phone calls to finally get it back in your account.

Yes, they expire when your status does (i.e., Jan. 31, 2022, if you earned status in 2020). It’s important to note that in this case, you must book and travel by the expiration date — midnight in the Central time zone, to be exact.

Unlike United, American doesn’t consider the fare class of your revenue ticket when deciding the waitlist priority. Only the member’s elite status and time of SWU request factor in to your priority when using one, followed by your rolling 12-month Elite Qualifying Dollars earned. So get your request in as early as possible if instant confirmation isn’t available when you book.

Check for an immediate confirmation when booking through AA.com

You do have the ability to find out if the flight you’re looking to book has the availability to confirm your SWU instantly. You can use a couple of techniques to search for C fare availability, which represents an economy-to-business upgrade (or economy to first on domestic flights), or A fare, which represents SWU availability for an upgrade from business to first. To be clear, you can’t double upgrade. On domestic flights, you can go from economy to first and on a three-cabin flight from business to first.

AA.com now shows SWU availability at the time of purchase when you're logged in to your account. But I've found it to be inconsistent. Here's an example of what you'll see when booking:

Once you select the SWU option, another pop-up box will show you the ability to confirm your upgrade at booking:

Make sure you pay attention to the individual segments and know that typically both aren't available for confirmation. That's important, because if your upgrade clears on one segment, even if it is only the ATL-LAX segment in my above example, and you sit in economy for the long leg, your SWU is still deemed used. As I mentioned, AA.com's SWU availability is inconsistent, as many searches don't show the pop-up systemwide upgrade option.

I haven't cracked the key to knowing when AA will show the results or not, so I typically head to ExpertFlyer.com (owned by TPG’s parent company, Red Ventures). The subscription-only service allows you to search for A and C availability and shows you how many seats are left in each. When trying to get a great deal for my SWU, I typically search for low fares on American-operated flights on the Google Flights Explore map. Then I check the routes for the cheapest fares on ExpertFlyer to see if any have instantly confirmable upgrade space.

Popular business routes are always full (with a majority of premium-cabin passengers holding AAdvantage elite status), no matter what time of the year. If you have SWUs, you’re probably aware of these routes (and hubs like DFW and LAX) and know to avoid trying to use an upgrade on them, especially at the last minute. I would strategize for off-peak seasons while also taking into account the equipment being flown.

If a single segment of your trip is upgraded, your SWU is deemed used. So if you're flying an international connecting itinerary with a short domestic segment, call in and apply the SWU to your long-haul segment if it's not available for confirmation at the time of booking. This will ensure your SWU doesn't go to waste by getting used on the short domestic segment. All the Executive Platinum desk phone agents are very familiar with this process, though I have called a few times after the initial call to ensure it was done correctly.

The value of the systemwide upgrade

Many AAdvantage elites seem to enjoy a surprisingly high percentage rate of SWUs clearing, especially on domestic flights, given C fares' wide availability. The couple of times I’ve had a friend gift me an SWU, it’s cleared in a reasonable amount of time.

The best value you can wring from this benefit is combining an SWU with a cheap economy fare. My personal best was a $900 economy fare from Los Angeles to Sydney that I booked with American Express Membership Rewards and my Business Platinum Card® from American Express. I got a 50% rebate on the points (reduced to a 35% rebate these days; up to 1 million points per calendar year) and the tickets were treated like revenue fares, so I earned miles for my booking. I applied and had two SWUs confirmed into business for a round-trip flight between Los Angeles and Sydney. That means I got round-trip business class to Australia for 45,000 Amex points. That's an unreal value.

Even though it has become easier to clear SWUs, I haven't heard too many complaints from members about not clearing, and I've had luck as an Executive Platinum. We'll see if that remains true as travel begins to pick back up again post-COVID-19. My only recommendation to American Airlines is to simplify the upgrade priority list and educate all gate and phone agents on the rules.

Featured image by Kevin Song
Editorial disclaimer: Opinions expressed here are the author’s alone, not those of any bank, credit card issuer, airline or hotel chain, and have not been reviewed, approved or otherwise endorsed by any of these entities.

Our points-obsessed staff uses a plethora of credit cards on a daily basis. If anyone on our team wouldn’t recommend it to a friend or a family member, we wouldn’t recommend it on The Points Guy either. Our opinions are our own, and have not been reviewed, approved, or endorsed by our advertising partners.
See all best card offers
Related stories
Guide
The best time to apply for these 11 popular travel credit cards — based on offer history
News
Can a plane be evacuated in 90 seconds? We may not actually know
News
Registered for American Airlines status using Hyatt? Here's why you may want to wait until March to earn Loyalty Points
News
Skip the wait: Enroll in TSA PreCheck at Staples, not the airport