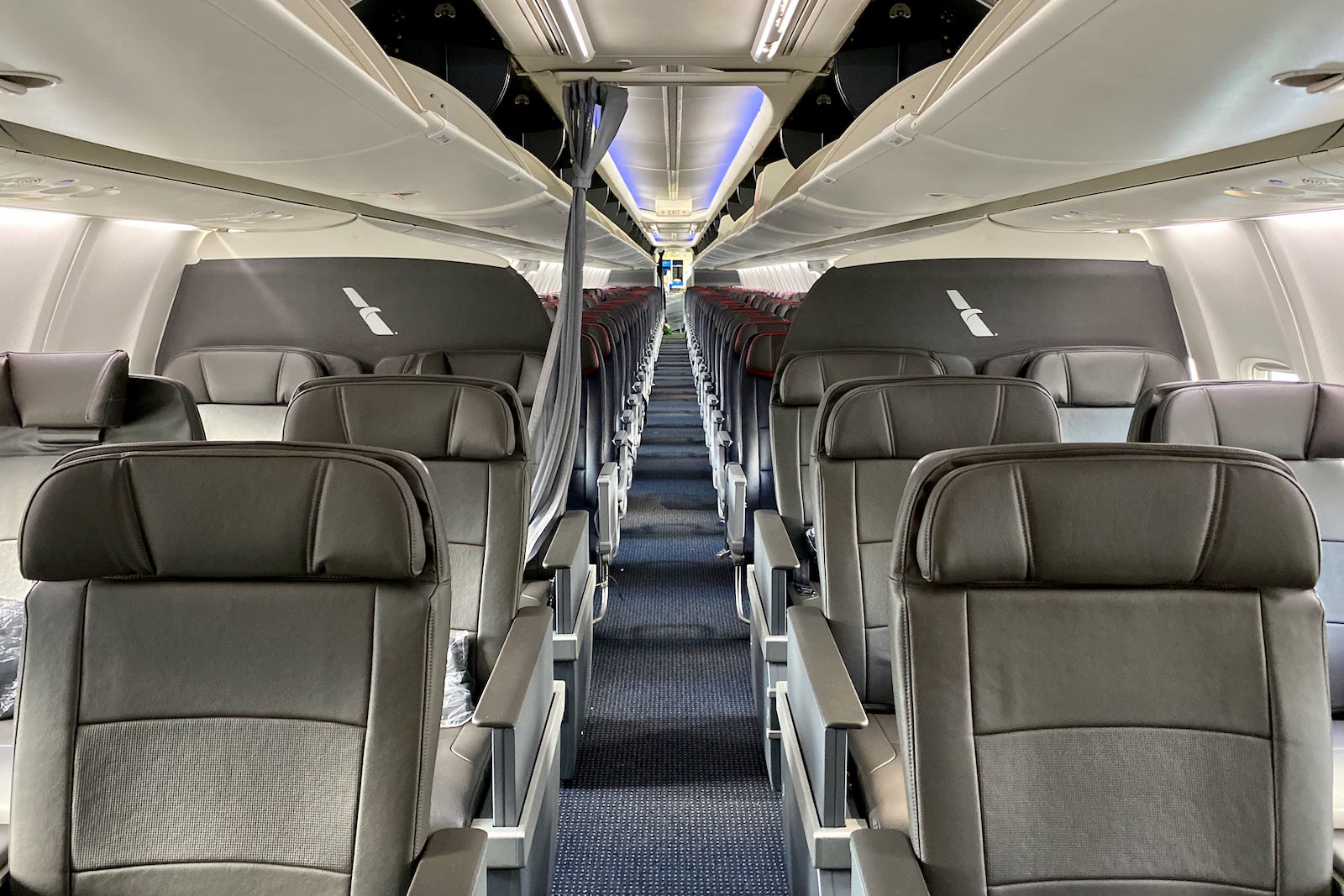 American Airlines is gearing up to launch its new elite-status program on Tuesday — and some last-minute news just dropped that's sure to be of interest to AAdvantage members.

The airline is tweaking the upgrade process for elite members, bringing complimentary upgrades to all tiers of status. As part of the changes, American will retire the 500-mile upgrade coupons later this year.

The move is part of a sweeping overhaul coming to the AAdvantage loyalty program beginning on March 1. The airline is replacing the elite-qualifying miles, segments and dollars metrics with a single new metric, Loyalty Points.

Be sure to get caught up on all the changes below.

Complimentary upgrades for all elites

Beginning with travel on March 2, all elite members, regardless of status tier, will be eligible for complimentary space-available upgrades on American flights within the North America region — regardless of distance.

Prior to this change, entry-level Gold and Platinum members needed to use 500-mile upgrade coupons to bump up cabins on short-haul flights longer than 500 miles.

For instance, on a 2,153-mile route from New York-JFK to Phoenix (PHX), Gold and Platinum members would need to use four 500-mile upgrade certificates to be upgraded to first class, space permitting.

But, American isn’t retiring 500-mile upgrade coupons immediately. They’ll continue to be required if you’d like to upgrade a non-elite companion. (More on that below.)

While the press release only mentions "North America" as the eligible upgrade region, a carrier spokesperson confirmed to TPG that this includes all of the following flights: Within and between the U.S. (including Hawaii) and between the U.S. and Canada, Mexico, the Bahamas, the Caribbean, Bermuda and Central America.

As American phases in complimentary upgrades for all elites, it’s also bidding farewell to 500-mile upgrade certificates, fondly referred to as “e500s” or “stickers.”

Later this year, American will convert each existing 500-mile upgrade into 250 Loyalty Points, which will help give existing elites a boost towards requalifying for status.

This will be especially useful for long-time Platinum Pro and Executive Platinum elites who’ve banked lots of 500-mile upgrades, but haven’t necessarily needed to use them. (Top-tier members only need to use 500-mile upgrades for non-status companions.)

Until the switchover happens, elites looking to upgrade a companion will need to use 500-mile upgrades. However, you’ll no longer earn them from flying.

So, if you’re running low and have an immediate use for the 500-mile upgrades, you can purchase them for $40 per upgrade or redeem 40,000 miles for a pack of eight.

Changes to the upgrade priority

American isn’t changing the upgrade windows as part of this move. Elites can be upgraded as early as:

However, the upgrade priority is getting tweaked with the new AAdvantage program. Going forward, first-class bumps will first be prioritized based on status level, followed by upgrade type — systemwide and mileage award upgrades are first, followed by complimentary upgrades on purchased tickets and then award tickets.

It’s not all good news for lower-tier elites

While the headline is that all elites can now receive complimentary upgrades, it may not necessarily be good news.

Historically, lower-level elites would “opt-in” to upgrades, meaning that the upgrade list wouldn’t necessarily include every elite traveling on a given flight. Some lower-tier members previously saved their upgrades for certain flights, and those who wanted an upgrade would have a better shot without a stacked standby list.

Now, every elite member will automatically be added to the upgrade list, which could make it harder for Golds and Platinums to clear on busier flights. The best way to improve your odds as a lower-tier member would be to increase your rolling 12-month Loyalty Points balance.

Upgrades are only 1 part of a major new program

Complimentary upgrades are only a small part of the revamped AAdvantage loyalty program.

Beginning on March 1, all members will begin earning Loyalty Points, which will be accrued at a one-for-one rate for each base AAdvantage mile earned.

As you accrue Loyalty Points, you’ll climb the status ladder. As a special promotion for the start of 2022, all eligible activity completed in January and February accrued both Loyalty Points towards the new program and elite-qualifying flights, segments and dollars under the outgoing reward scheme.

"We recognize the path to earning status is different for each individual, which is why we’re giving members more ways to earn Loyalty Points — whether by flying, shopping or using an AAdvantage credit card. We want to make it easier for our customers to achieve status wherever they may be in their travel journey," said Alison Taylor, American’s chief customer officer.

American will convert all qualifying activity into Loyalty Points in the coming days and weeks, so stay tuned for TPG for the full rundown of American’s new program.