A new era begins: American has revamped how you earn elite status with 'Loyalty Points' 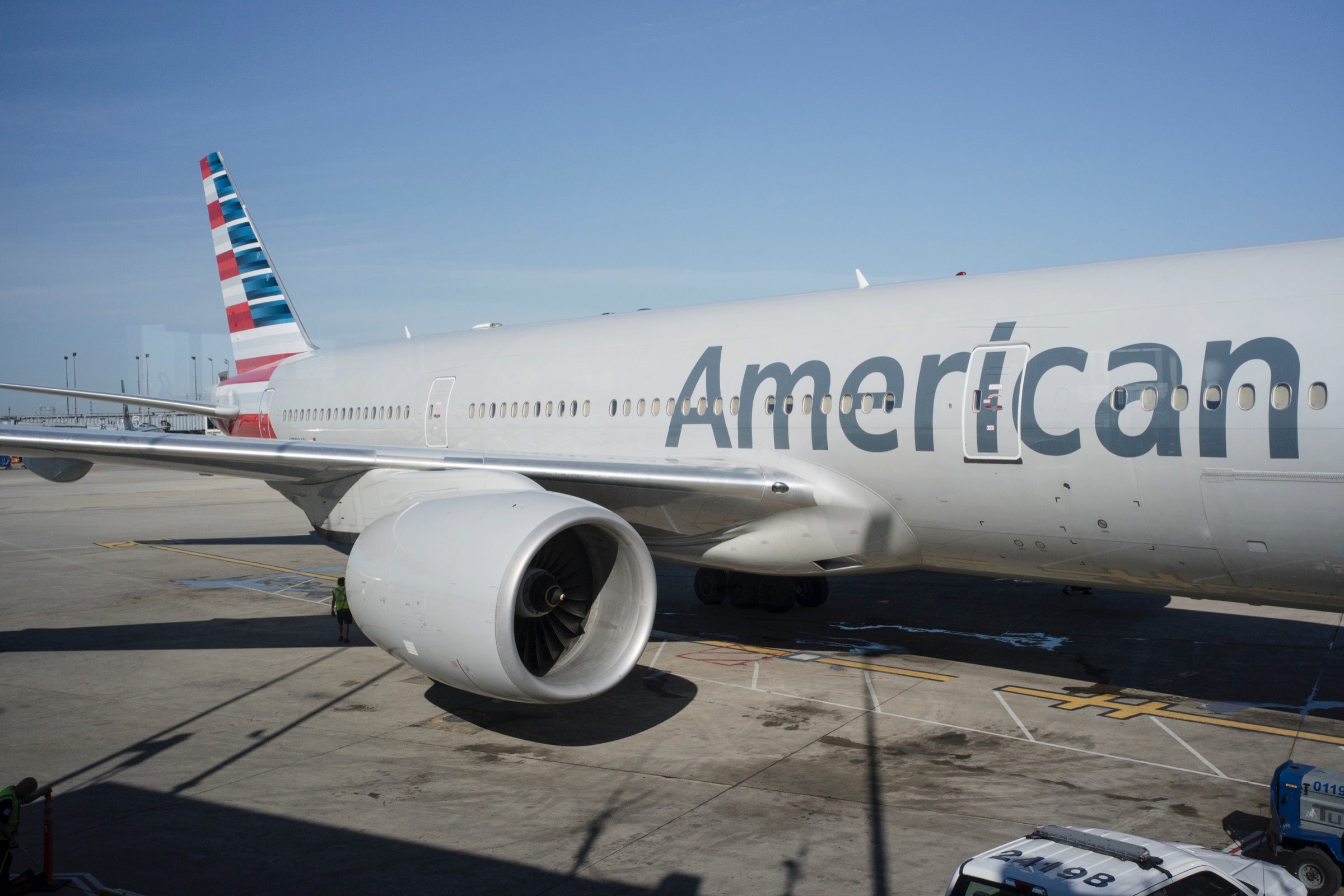 Paging all American Airlines flyers: As of March 1, the carrier has completely overhauled its elite status program.

Rebuilt from the ground up, American’s AAdvantage loyalty program has now bid farewell to its various elite qualifying metrics in favor of a new currency, Loyalty Points.

And while we've known about these changes since October (and you've been able to earn Loyalty Points since Jan. 1), March 1 marks a milestone as the official launch date. Expect to see Loyalty Points reflected on your American AAdvantage account soon — and we'll update this post as soon as it happens.

If you’ve been on the AAdvantage hamster wheel for many years, you might want to pour a cup of coffee and read up on all the changes that American has made to earning status.

American has introduced a brand-new rewards currency called Loyalty Points. You’ll earn these throughout your journey with the airline, and they’ll contribute to your elite status progress.

Historically, achieving elite status with American AAdvantage has required racking up a mix of elite qualifying miles, segments and dollars, earned through flying with the airline and its partners.

Going forward, American will still award status progress from flying, but it’s expanding the qualifying activity to include spending on cobranded credit cards and other non-flying activities.

There are a few important caveats about earning Loyalty Points.

Other exclusions to earning Loyalty Points include bonus miles earned from special promotions, as well as miles that were purchased, gifted or transferred between accounts or from partners.

When it comes to flying, American’s basic economy tickets will contribute to earning Loyalty Points — a break from the policy that was implemented earlier this year that stripped all elite earning from these deep-discount fares.

If you’re already an AAdvantage elite member, you’ll accrue miles from flights at an accelerated rate compared to the 5 miles per dollar that a general member earns, per the chart below. These multipliers will count toward earning Loyalty Points.

Finally, if you book a ticket with an American Airlines partner (other than JetBlue, which earns based on the cost of a ticket), you earn AAdvantage miles based on the cabin purchased and the distance flown. All of these redeemable miles that you earn will contribute to your Loyalty Points at a 1:1 ratio.

That’s a lot of new information, so let’s see how it plays out in a few example scenarios.

Say you took a one-way basic economy flight from New York to Los Angeles that cost $300. As a Platinum Pro member, you’d earn 2,700 ($300 multiplied by 9 miles per dollar) AAdvantage miles for the ticket (excluding taxes and fees for simplicity). In addition to earning the 2,700 redeemable award miles, you’d also earn 2,700 Loyalty Points.

Finally, say you open a new AAdvantage credit card with a 50,000-mile sign-up bonus, and also spend $5,000 on the card, half of which was spent on groceries that earn 2 miles per dollar spent. When the statement closes and miles post to your AAdvantage account, you’ll earn:

As you can see, despite the bonus miles you may have earned, you’ll receive only 5,000 Loyalty Points – from the 1:1 earning ratio from your base credit card spending.

As you accumulate Loyalty Points, you’ll get closer to achieving elite status. In 2022, you’ll need to earn the following number of Loyalty Points in a year to qualify for status.

Loyalty Points are all about your spending

With Loyalty Points, American is doing something very similar. The number of Loyalty Points you earn will be tied to your spending, not necessarily to the distance you flew or how many segments you took.

This might kill the last-minute mileage run that you might’ve considered to get you to the next status level. Now that spending more on airfare or on an AAdvantage credit card will earn more Loyalty Points, you might instead splurge on a first-class fare or make a bucket list purchase to boost your status.

Additionally, if you’re planning to qualify the “old way” (from flying), it’s going to be much harder. Earning top-tier Executive Platinum status from scratch will require nearly $27,000 in spending on American flights — a nearly $12,000 jump compared to the prior scheme. That’ll definitely sting many American loyalists. (For those doing the math at home, it might seem like the travel spending for top-tier status would come to $40,000 based on getting 5 miles per dollar spent — but that doesn’t take into account earning higher multipliers as you qualify for each successive level of status.)

The good news is that if you’re a big spender, hitting the revamped elite tiers shouldn’t be a challenge, since credit card spending will contribute to your elite progress.

Elite choice rewards get a rebranding

Platinum Pro and Executive Platinum members enjoy a host of top-tier benefits. They include items like confirmed upgrades as early as 100 hours before departure, higher checked bag allowances and Flagship Lounge access on qualifying flights.

In 2020, American rebranded these perks as “Elite Choice Rewards,” and this year, they've been renamed again as “Loyalty Choice Rewards.”

Many of the long-standing rewards will still be available after the rebranding, including upgrades, lounge access and bonus miles.

Previously, once you qualified for status, you automatically received elite perks. Going forward, you’ll need to fly at least 30 segments on American and qualifying partners to unlock these Loyalty Choice Rewards.

This is likely to be the change that top-tier elites will dislike the most. Historically, there hasn’t been a minimum segment requirement to earn AAdvantage status, and putting the threshold at 30 might be high for some flyers who prefer fewer long-haul trips to more frequent domestic hops.

If it’s any consolation, award tickets marketed by American will count toward reaching the minimum segment requirement, though you won’t earn any miles or Loyalty Points from those transactions. (Note that only AAdvantage award segments for travel on American will count toward this requirement. This does not include partners like Alaska, JetBlue, British Airways, etc.)

After you earn 125,000 Loyalty Points and fly 30 segments, you can continue earning additional Loyalty Choice Rewards based on your qualifying activity as follows:

No changes to elite benefits

While unveiling these changes in October 2021, Heather Samp, American's managing director of member engagement, told TPG that though American is changing how you earn status, there are currently no plans to pare back benefits, change how you earn award miles or remove award charts.

Removing award charts has been speculated about for some time, especially after TPG’s interview last June with former AAdvantage president Rick Elieson, but they are seemingly safe for now.

To dispel the rumors, Samp continued, “We still have the same MileSAAver, AAnytime, Web Special fares, those are all still out there … This is the change for the 2022 program,” referring to the elite status adjustments.

Additionally, American’s Million Miler program isn’t changing as part of this update — you’ll continue to earn lifetime status based on miles earned from flying with American and its partners.

The way that American ranks upgrade requests is getting overhauled with the introduction of Loyalty Points, too.

Previously, the airline used a 12-month rolling elite qualifying dollar balance as the tiebreaker between two elite members who are at the same status level and are using the same type of upgrade certificate (whether it was a systemwide upgrade, mileage upgrade or 500-mile upgrade).

Beginning March 1, the tiebreaker will be a 12-month rolling Loyalty Point balance.

The details of the calculation are as follows: The rolling EQDs that you have as of Feb. 28, 2022, will be converted into Loyalty Points (for upgrade priority only) based on your status held as of Jan. 1, 2022. The multipliers used are the same base (5 miles per dollar) and your applicable elite bonuses (7, 8, 9 or 11 miles per dollar). For example, a Gold member earns 7 miles per dollar spent when flying, so those EQDs will be multiplied by 7 as if they had been earning Loyalty Points.

Separately, American promises “more details to share” around how you can earn 500-mile upgrades under the new program.

Another noteworthy change with the revamped program is that American is changing the status qualifying year.

Previously, the elite qualifying metrics reset on Jan. 1, and you’d have between Jan. 1 and Dec. 31 to qualify for the following year’s status.

American Airlines is out with an entirely new way of earning elite status -- and it all starts now.

On the whole, these changes bring AAdvantage further in line with its Big Three competitors who are increasingly rewarding elite members based on their spending.

American’s version has a few additional considerations, such as the ability to earn status qualification progress from cobranded credit card spending and other non-flying activities.

Of course, the outcome of these changes will largely depend on your flying and spending patterns. But one thing is for certain: There’s a new way of doing business with American Airlines.

Featured image by (Photo by James Leynse via Getty Images)
Editorial disclaimer: Opinions expressed here are the author’s alone, not those of any bank, credit card issuer, airline or hotel chain, and have not been reviewed, approved or otherwise endorsed by any of these entities.