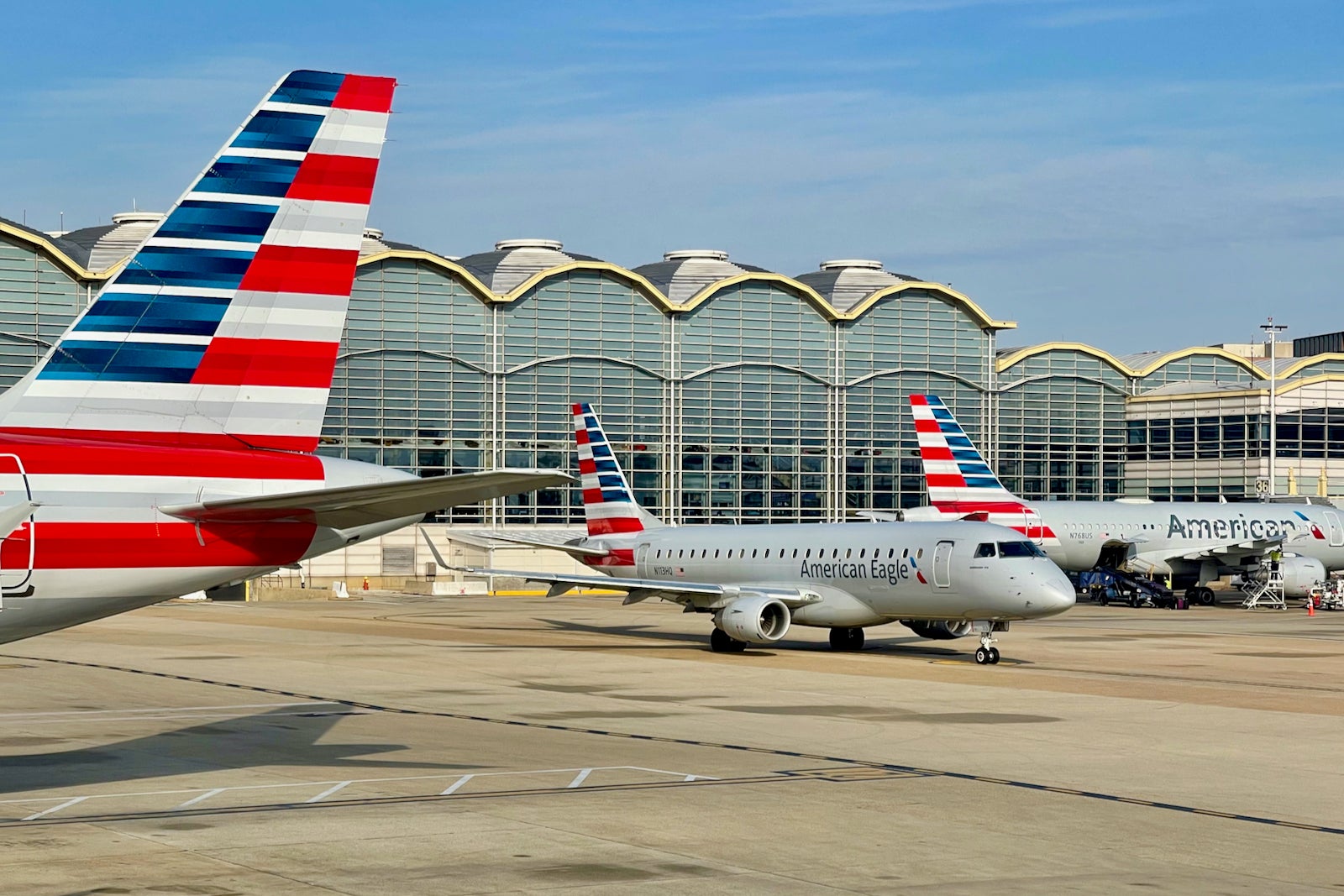 The airline is introducing a new rewards currency, called Loyalty Points, that you’ll have to accumulate in order to hit the airline’s four elite levels. To unlock top-tier benefits, you’ll also need to fly at least 30 segments with American or its partners in a year.

There’s lots more to learn, much of which was already covered in our main story about the changes. But there are some finer details worth sorting out from the bigger picture. Here, we’ll dive into 11 of them.

The membership year is changing

In the past, American (and its largest competitors) have used the calendar year from January through December to determine your elite-status qualifying progress.

Well, American is breaking from the convention by shifting the qualifying period to March 1 through Feb. 28 (or Feb. 29) of the following year. If you earn elite status during that period, it'll be valid through March 31 of the year after that.

Asked about why American is making this calendar shift, Heather Samp, managing director of member engagement, told TPG that it's about making it less stressful for those who are close to the status thresholds who might also be enjoying a year-end winter vacation.

When the qualification period ended on Dec. 31, some would-be elites took last-minute trips ("status runs") to boost their status, which might've interfered with the Christmas and winter break holidays.

Everyone is getting a status extension

To bridge the gap until the new program officially launches on March 1, 2022, American will give all current elites a two-month status extension. All currently valid elite status has already been extended to March 31, 2022.

The airline is also extending the elite-qualifying period from Jan. 1, 2021, to Feb. 28, 2022, giving flyers another two months to qualify for next year's status under the current scheme of elite-qualifying miles, dollars and segments.

Basic economy earnings are back

During the pandemic, American revamped its basic economy fares by loosening restrictions and adding the ability to apply upgrades to these deep-discount tickets.

But, the airline cut all elite-earning progress from these fares on Jan. 1, 2021.

This one will certainly sting for some flyers.

In addition to earning 125,000 or 200,000 Loyalty Points for Platinum Pro or Executive Platinum status, respectively, you'll also need to fly at least 30 segments with American and its partners to unlock the rewards of these status levels, which will include your pick of systemwide upgrades, Admirals Club passes and bonus AAdvantage miles, with additional rewards "coming soon."

If you've historically earned top-tier status from a handful of long-haul, premium-cabin flights, you're likely going to need to add some shorter, domestic hops to your travel plans to qualify for these rewards.

In some cases, it could make sense to book a connecting itinerary if you're struggling to hit the 30-segment requirement.

The good news is that award travel marketed by American will contribute towards the 30-segment threshold.

This only includes AAdvantage award segments for travel on American — partner-issued tickets or awards on partner airlines will not count towards this threshold. Note that you won't earn any redeemable AAdvantage miles or Loyalty Points from award tickets.

To earn Loyalty Points, you don't necessarily have to fly with American. Your cobranded AAdvantage credit card spending, as well as your activity with certain partners, like the eShopping portal or SimplyMiles, will also contribute to earning Loyalty Points.

Generally, you'll earn one Loyalty Point for each base AAdvantage mile earned from the aforementioned activities.

Status and cabin bonuses are in

When you book a ticket with a partner airline, you earn AAdvantage miles based on the cabin flown, the flight distance and your elite tier. All of those factors contribute to your mileage earnings, and they'll all factor into your Loyalty Points earning, too.

Pay attention to the calendar

Along with the new qualifying period from March 1 through Feb. 28, you'll also want to pay attention to the timing of when you earn your Loyalty Points.

For flights and non-credit card activities, you'll earn Loyalty Points based on the date of the activity, not based on when the AAdvantage miles post to your account.

However, for cobranded card spend, those purchases will count based on when the activity posts to your AAdvantage account, which could take a few billing cycles depending on your account.

That said, if you're planning some last-minute spend to boost your Loyalty Point balance, you'll want to plan that a few weeks (or even months) ahead to ensure it counts to the correct qualifying period.

American's Million Miler program awards lifetime status, bonus miles and systemwide upgrades depending on how many million miles you've flown with American and its partners.

Though the way you earn elite status is changing, you'll still accrue progress towards Million Miler status based on the actual distance flown.

Along with the elimination of elite-qualifying miles, dollars and segments, American will transition to a 12-month rolling Loyalty Points balance as the tie-break for determining upgrade priority, after status level and which type of upgrade you requested (systemwide upgrade, mileage upgrade or 500-mile upgrade).

For 2022, American will consider the elite-qualifying dollars you earned in 2021, as well as Loyalty Points as you earn them, to determine upgrade priority. That way, elites who flew with American during the pandemic in 2021 will be rewarded for that travel, as opposed to everyone starting with a clean slate.

The details of the calculation are as follows. The rolling EQDs that you have as of Feb. 28, 2022, will be converted into Loyalty Points (for upgrade priority only) based on your status held as of Jan. 1, 2022. The multipliers used are the same base (5x) and your applicable elite bonuses (7x, 8x, 9x and 11x). For example, a Gold member earns seven miles per dollar spent when flying, so those EQDs will be multiplied by seven as if they had been earning Loyalty Points.

Of course, the new program no longer counts EQMs, so earning 500-mile upgrades will change, too. We just don't have the details yet. "There will be more details to share around how you can earn e500s at a later time," an American Airlines spokesperson told TPG.

While it might sound simple on the surface, there are plenty of finer details in the announcement, including a new segment requirement for earning top-tier rewards and a tweaked membership year.

You don't want to miss these details — they could make or break your elite earnings for 2022 and beyond.