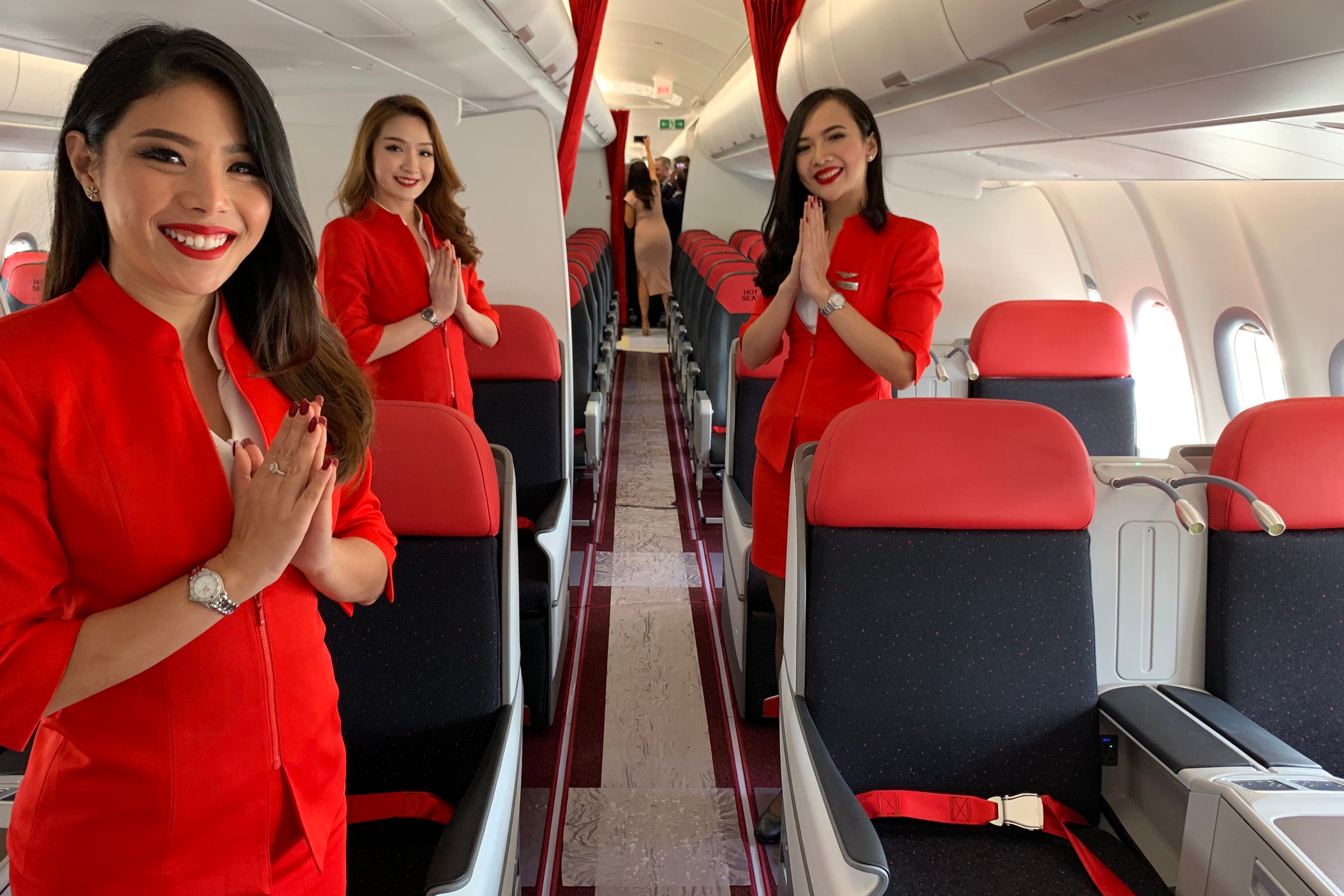 Touring AirAsia X's Very First Airbus A330neo
This post contains references to products from one or more of our advertisers. We may receive compensation when you click on links to those products. Terms apply to the offers listed on this page. For an explanation of our Advertising Policy, visit this page.

The next generation of Airbus' popular medium and long-haul aircraft, the A330neo, has been gaining momentum in Europe and here in the US, following launches with TAP Air Portugal and soon Delta, and a big order from Virgin Atlantic on Monday.

But it's also growing in popularity across the Pacific, and will become a far more common sight over the next few years, following an order of 100 A330-900s from AirAsia X.

One of the region's most popular low-cost carriers, AirAsia X will soon take delivery of its very first A330neo, which made its public debut at the Paris Air Show today.

This particular aircraft will be assigned to Thai AirAsia X, and will be based in Bangkok (DMK).

I had a chance to tour AirAsia's first neo at Le Bourget Airport (LBG) just outside of Paris.

It's hardly luxurious — AirAsia is focused on keeping fares low, and that clearly shows as you walk through the tiny premium cabin, followed by a sea of economy.

Premium Flatbed seats are angle-flat and arranged in a 2-2-2 configuration, with a total of 12.

Interestingly, the new seat is very similar to what's been flying with AirAsia X for years — in fact, Richard Kerr reviewed the product back in 2015.

Economy is arranged in an incredibly dense 3-3-3 configuration, just as you'll find on the carrier's older A330s, compared with the industry norm 2-4-2.

I gave it a try with a couple of AvGeek buds:

Most seats measure just 16.5 inches wide, which is incredibly narrow.

Some bulkhead seats are even worse, at just 16 inches, due to the fixed armrest.

Things get a bet better starting with row 44, though, where seats are arranged in a 2-3-2 configuration to accommodate the narrowing fuselage. Note that seat-back entertainment is not available, so you'll definitely want to bring your own device.

The seats themselves are still just as tight, though.

Fortunately, it doesn't cost much to buy out of those crappy 3-3-3 coach seats — at least not on some intra-Asia routes.

Bangkok to Brisbane, Australia (BNE) should eventually be operated by the A330neo as well, though angle-flat fares carry more of a premium there.

Ultimately, I just can't recommend 3-3-3 economy seating for some of AirAsia X's routes — six hours to Tokyo may be doable, but nearly nine hours to Australia sounds like hell on earth (or, well, above earth) to me.

Regular coach on the carrier's one-stop service to Hawaii is simply out of the question, meanwhile — regardless of how cheap those fares can be.

Follow along with all of the 2019 Paris Air Show action with our dedicated event page.

All photos by Zach Honig/TPG.