A Check-In Disaster and Bad Food: Across the Pacific for Just $300 With Air Asia X 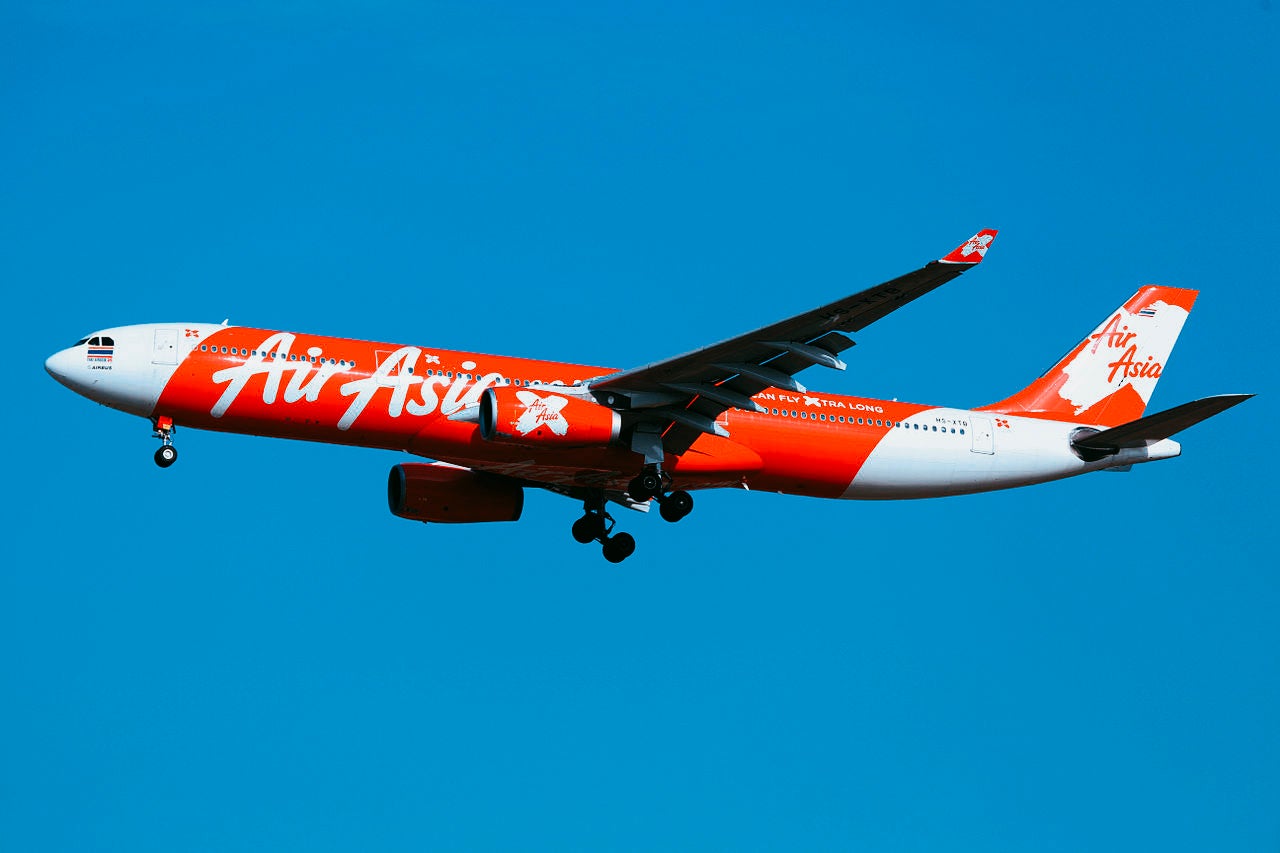 Ever since former Time Warner executive Tony Fernandes acquired then-bankrupt AirAsia in 2001 for the sum of one ringgit, about 25 US cents, the Malaysia-based airline has been expanding at a breakneck pace. What started as a company with $11 million in debt has since been transformed into one of the largest carriers in Asia, moving 36 million passengers per year with a fleet of Airbus single-aisle jets.

In 2007, Fernandes launched the low-fare, long-haul offshoot AirAsia X, which is also growing fast — it carried 1.49 million passengers in the third quarter of 2017, a jump of 23 percent from the same quarter a year earlier. TPG reviewed its Premium Flatbed product in 2015, but when the carrier announced a 2017 expansion to the USA, we wanted to check out its economy class. After seeing the rapid expansion of low-cost carriers like WOW, Norwegian and Primera Air to Europe, I wondered if this could be the start of $200-$400 round-trip flights between North America and Asia. Having flown the carrier numerous times on shorter flights within Asia, I was curious to see how I’d feel after spending a combined 14 hours in economy.

As of now, AirAsia X’s service to the United States will only get you as far as Hawaii. I decided to book a one-way flight from Kuala Lumpur (KUL) to Honolulu (HNL), which included a small stopover of two hours in Osaka, Japan (KIX).

The AirAsia website is easy to navigate and much easier than booking over the phone. I wanted to experience this flight as economically as possible so I booked the AirAsia "low fare" which is the most basic economy fare. Similar to most low-cost carriers, I was presented with a range of upgradeable options during the booking process, such as Premium Flex, but I ignored them.

The AirAsia baggage policy permits passengers to bring one piece of cabin baggage and a personal item for a combined weight that must not exceed 7 kilos, or 15.4 lbs. To save money I brought only a backpack and small bag that fit within these restrictions. In total, the one-way flight set me back 1236 MYR ($313.96 US).

The only additional upgrades I bought were two meals I purchased during booking for 18 MYR ($4.57 USD). If you are going to buy a meal, don’t wait until you are on the plane. Not only are the prices significantly higher, but a different menu is used on the Kuala Lumpur to Osaka leg, with prices starting at $16.

I paid using my Ritz-Carlton Rewards Credit Card, primarily for the incredibly valuable Visa Infinite perks like trip delay protection. If my flight was canceled or delayed by more than 12 hours I could have up to $500 to cover incidentals like meals and accommodations.

AirAsia’s main hub is in KLIA2, the low-cost carrier terminal at Kuala Lumpur International Airport. You’ll want to give yourself plenty of time as the terminal is quite vast and can be overwhelming.

The AirAsia computer system was down for quite a while causing all customer service lines to become extremely long. Having now missed my flight, I proceeded to the customer service desk for rebooking. The next flight to Honolulu wasn’t for another two days and would cost me an additional $400. With nothing but time on my hands, I decided to check Air Asia’s contract of carriage for assistance.

My confirmation email and the AirAsia website indicated that a web check-in would be available. I was able to find language in the contract of carriage indicating that AirAsia did not uphold its end of the contract by sending the incorrect check-in information. I had to wait roughly two hours to speak with a supervisor. When one did finally arrive, he did not have the authority to help me in any way. It was only after speaking with the director of all operations for AirAsia at the terminal that I was given a hotel accommodation and rebooked at no additional charge. During my wait, the entire AirAsia ticketing system crashed for a chaotic period of about 90 minutes.

Two days later I returned to the airport for my flight. Check in at KLIA2 is done according to the destination. You’ll need to find the check-in area for departures to the United States. After check-in, I proceeded to the immigration checkpoint where my cabin luggage was checked once more. If immigration discovers that your bags are overweight, you’ll be forced to return to check in—and if you’re rushing, this isn’t the ideal situation, to say the least. Be sure you follow AirAsia’s baggage specifications to the letter as they can be quite strict.

The immigration line for my flight was pretty quick — I spent five minutes total in line — but on unlucky days I’ve whiled away up to 30 minutes waiting for my turn. Allocate ample time for this procedure just in case the lines are longer than usual.

Thanks to my Ritz-Carlton Visa I have a Priority Pass membership, which grants me access to more than 1,000 lounges around the world. On this route, I had access to a total of three, but in Kuala Lumpur I went straight to the gate, because there’s a second security check after the lounge area. Considering I’d already missed one flight due to being held in line, I decided not to risk it.

In Honolulu, there are two Priority Pass lounges. Nearest my arrival gate was the IASS lounge, which was an utter disappointment — an outdated design with few refreshments.

I do not recommend this lounge at all. Even though it’s very close to the gate, there’s not much of a reason to visit. The Plumeria lounge is much farther but it’s much nicer. If you have the luxury of time, I’d recommend taking the 10-minute walk to give the lounge a look.

I was permitted access to the gate only after my boarding pass and passport were inspected again. The waiting area was massive, with more than enough room to accommodate all the passengers.

I was pretty disappointed though to discover that there were no places to charge your electronics. You need to be fully charged and ready to go by the time you arrive at the waiting area because you won’t find a single socket or plug. In the middle of the waiting area, there were two computers with free internet, but in this day and age, those are far less useful than charged batteries.

AirAsia employs a "hurry up and wait" boarding system. Although you’re assigned a specific boarding group, these were somehow ignored and passengers conglomerated en masse to board the plane. This resulted in quite the line at the jet bridge. I stood for about 20 minutes before reaching my seat.

In Osaka, the boarding process was identical to that of Kuala Lumpur: boarding groups were ignored and a long line snaked along the gate.

AirAsia uses Airbus A330-300s on trans-Pacific flights. It's a long-haul twinjet, but it can't reach Honolulu nonstop, hence the fuel stop in Osaka. This one was surprisingly comfortable despite seating 377 people, a relatively high number for an A330. This one, with the Malaysian registration 9M-XXY, had been delivered new in 2015.

The seats were well padded, with no sign of wear and tear, and the headrests were adjustable, which is a big plus for me. Legroom was an industry- standard 32 inches, but the way Air Asia X manages to cram in 365 coach seats is by reducing width and laying them out in 3-3-3 rows, as opposed to the 2-4-2 found on most A330s with full-service carriers. The other 12 seats are in the Premium section in 2-2-2 layout.

The cream-and-red interior was pretty, although the rest of the plane’s design isn’t really anything to write home about. Luckily I had an entire row to myself between KUL and KIX.

As mentioned, AirAsia is rather restrictive on what you can carry on board and as a result, the overhead compartments tend to be empty.

During the first leg of my flight from Kuala Lumpur (KUL) to Osaka (KIX) the plane was relatively empty. The second leg however was almost completely full making for a cramped, uncomfortable 7-hour flight.

There is no in-flight entertainment on Air Asia X, so you have to bring your own screens. The seat pocket houses a few brochures, and there’s not even a screen for in-flight movies like in the old days. You can rent a tablet for the duration of the flight at RM60 ($12.44 USD), with a few movies and some music. I came prepared with fully charged devices (plus backup power banks, because power is available only in Premium) and an external hard drive filled with entertainment. I watched two movies, slept comfortably across three seats, and before I knew it I arrived in Japan.

You’re not allowed to bring in outside food or drinks, which I found odd because there aren’t very many carriers that discourage this. I strongly suggest you take the prepaid food option, but that's only because you'll pay more later, not because the food is any good. I ordered the Nasi Lemak and the Nasi Dagang. The food was dry and salty, and the texture and consistency were appalling.

As for the Osaka to Honolulu leg, either purchase meals during booking or risk paying $16 while on board the flight. The food is different, but just as bad. Finally, AirAsia does not offer alcoholic beverages for purchase.

AirAsia does a good job of offering a functional product at an incredibly low price. For shorter routes within Asia where comfort is not as important, this seems to work well. As the carrier expands to longer international routes I’d like to see AirAsia put more of an effort into customer comfort and service. No access to quality food and entertainment isn’t a big issue on flights under four hours, but when you are in the sky for 14 hours, even a minimalist traveler like myself is bound to go stir-crazy. In terms of customer service, the staff's sometimes shaky English and haphazard company procedures won't necessarily be a problem until you have a major issue, like I did.

However, with the only US destination being Hawaii, you’d be forced to book another flight to get on the US mainland. Considering that, Air Asia X may only be marginally cheaper than legacy airlines — until it eventually lands in the continental US.

Featured image by Air Asia Airbus A330. Photo courtesy byeangel via Wikimedia Commons
Editorial disclaimer: Opinions expressed here are the author’s alone, not those of any bank, credit card issuer, airline or hotel chain, and have not been reviewed, approved or otherwise endorsed by any of these entities.