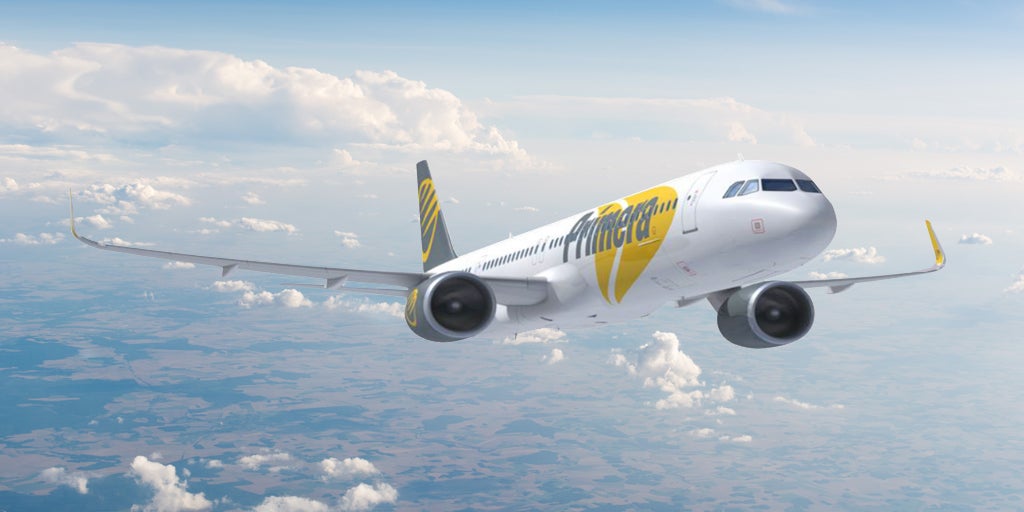 Great news for travelers looking for more low-cost options between the US and Europe: Nordic airline Primera Air just announced three new European routes to the US starting in April 2018. Service will be offered year-round, with daily flights to New York (EWR) and four weekly flights to Boston (BOS) from all three of its new European bases — London, Birmingham and Paris (STN, BHX, CDG) — for as low as $99 each way.

The new routes will be operated by the latest single-aisle Airbus aircraft, the A321neo. This aircraft is very new and only in service with a few carriers including WOW Air and Virgin America. Primera's first A321 still hasn't entered final assembly at the Airbus factory, but it's scheduled for an on-time delivery to the airline and will begin transatlantic flights soon after.

Traditionally, long-haul routes are flown on wide-body, twin-aisle aircraft. The A321neo has the range to fly as far as a large wide-body aircraft, but has the same level of efficiency as a single-aisle — meaning big savings for the airline and lower fares for passengers. Primera Air is due to take delivery of eight A321neo in 2018 and two A321neoLR (long-range) aircraft in the last quarter of 2018, which would allow the carrier to fly even further afield.

Much like other low-cost long-haul operators, the aircraft will have two classes: premium and economy. The first four rows on Primera Air's A321 will be the "full-service" premium cabin with a 2-2 configuration.

While there's no word on the legroom or seat details just yet, this image shows the seat the airline has opted for and it like a looks smart and comfortable recliner.

Economy will have 30 rows in a typical 3-3 single-aisle confirmation and much like other airlines (including Lufthansa and Vueling), there is now a row 13.

Here's a peek at the economy seats:

Primera Air says that Wi-Fi will be available for a fee for both premium and economy passengers, which is surprising, given that you'd expect it to be free in premium. Onboard charging points will be available for all passengers though, so that's good news for passengers bringing their own devices. Unlike Norwegian Air, which also flies a low-cost long-haul, there aren't any in-flight entertainment options available, with Primera Air stating: "We encourage you to take your own devices to keep yourself entertained, and don't worry about battery life — you can charge them anytime at a power outlet or USB socket. Besides, you can stay connected throughout the flight with our Wi-Fi service."

Meal service in economy will be buy-on-board and there are options during the booking process so you can pay to reserve seats with extra legroom, which is handy since these flights will be quite long. In premium, passengers will be provided with a meal, comfort kit and an individual bottle of water.

Flights between New York (EWR) and Birmingham (BHX), UK start on May 18, 2018, and will be a red-eye leaving Newark at 10:30pm. The flight is currently on sale for $99 one-way or $500 one-way in premium — pretty steep considering there is very little difference between premium and economy service.

The pricing structure for the New York (EWR) to London (STN) route and the New York (EWR) to Paris (CDG) route are exactly the same, with the cheapest economy prices as follows: $99 one-way to London and $195 one-way to the US, which equals a round-trip total of $294 once taxes and fees are added. The cheapest round-trip flight, with no luggage, no seat allocation and no extras came to $294.

The expansion doesn't stop there: Primera Air is slated to announce another trans-Atlantic route from London (STN) by the end of the summer.

Here's where things really add up: If you want to check one suitcase per round-trip flight, it will cost $90.

Furthermore, if you would like to choose your seat on the flight, seat reservations start at $45 each way.

Finally, the pricing structure of onboard meals: options start at a whopping $40 each way, per standard meal (chicken/beef/vegetarian/vegan) — the exact same price as the children's meal.

To summarize, choosing one bag, a regular seat and a standard meal will add an extra $260 to a round-trip ticket price.

It's safe to say that we are in the middle of a low-cost long-haul travel era, where flying transatlantic has never been cheaper, thanks to Norwegian Air, LEVEL, WOW Air, Eurowings and now Primera Air. With similar prices between the low-cost long-haul airlines, I'm sure many passengers will be looking closely at the onboard offerings, as fares on Norwegian and Primera could be priced the same. That said, Norwegian does offer seat-back in-flight entertainment on its 787 Dreamliners and cheaper buy-on-board food options, while Primera will not offer any IFE, nor will it offer complimentary Wi-Fi — not to mention the food prices are, quite frankly, ridiculous.

On the other hand, it's good to see Primera Air opening up new, nonstop links from London to the US; this makes it the first airline for nine years to fly scheduled services to the US from Stansted. Furthermore, the choice for A321neo aircraft means that the planes operating these routes are quiet, efficient, spacious and feature the latest single-aisle cabin in the skies. $294 round-trip from US to Europe is a good price — but only if you're traveling with hand luggage, if you don't mind where you sit and if you are prepared not to buy any food onboard.

Will you be booking Primera Air for your next trip to Europe?

All images courtesy of Airbus.