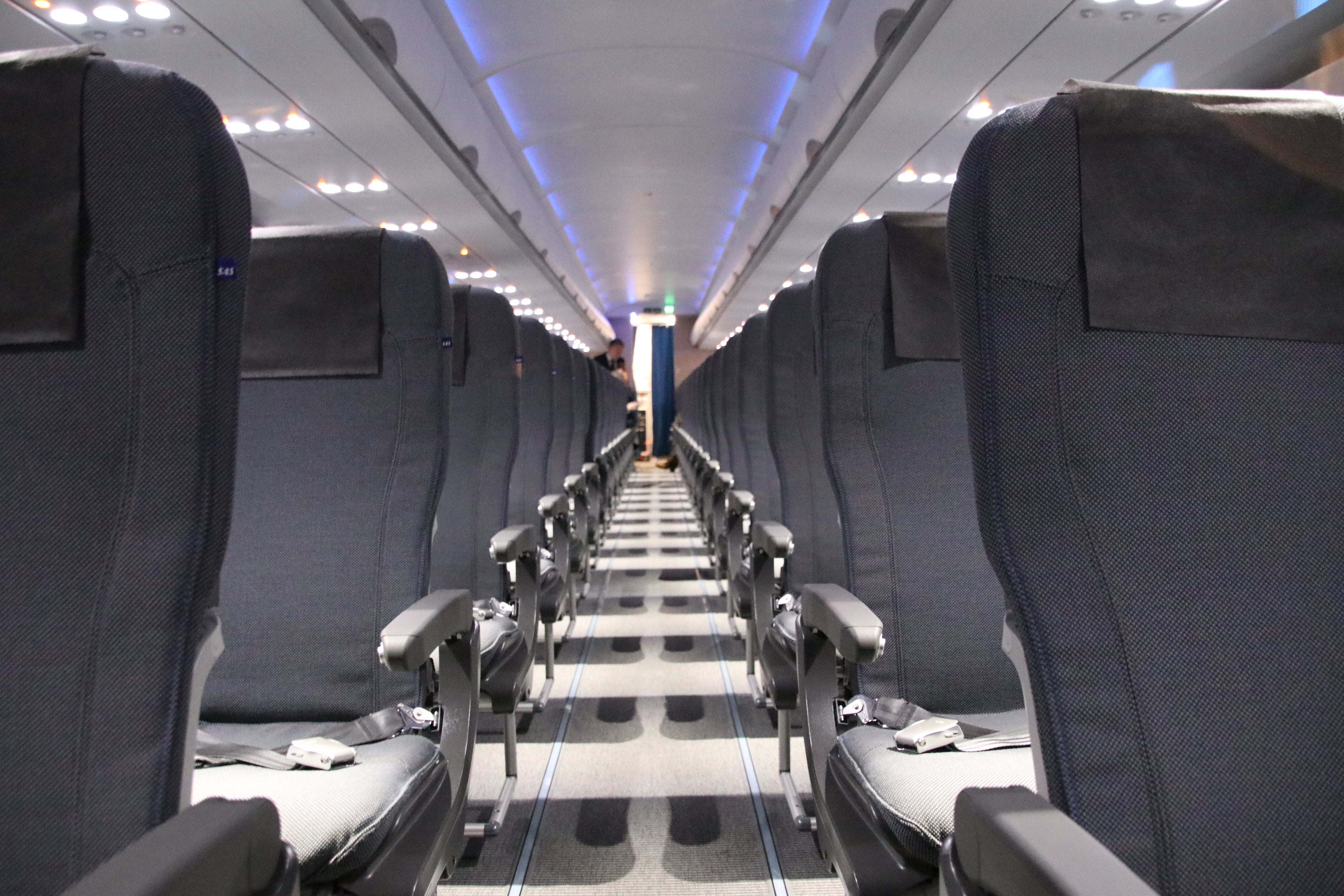 Scandinavian Airlines (SAS) became the first airline in Scandinavia — and among the first airlines in Europe — to introduce the world’s most fuel efficient single-aisle aircraft, the Airbus A320neo, to its fleet. I joined Airbus and SAS during the delivery of its first A320neo. In case you were wondering, the "NEO" stands for "new engine option," which has recently been updated to mean "new environment option" — but both cases still apply. Essentially, it's a normal, modern Airbus A320 aircraft, but with new, more fuel efficient engines, reducing both environmental impact like emissions and aircraft noise.

The "neo" also incorporates the latest technology, including the new generation of engines (hence the term, new-engine-option) and Sharklet wingtip devices, which together will deliver more than 15% in fuel savings from day one and 20% by 2020. The airline's A320neo aircraft are currently deployed on short- to medium-haul routes from its Scandinavian home bases, to destinations throughout Europe like Málaga Airport (AGP), London (LHR) and Malta (MLA).

SAS' A320neo aircraft are powered by CFM International LEAP-1A engines, which are much larger and quieter than standard A320 engines. I've flown previously on other A320neo deliveries, including Lufthansa (the launch customer) and the noise levels in the cabin are significantly lower than regular single-aisle aircraft. It's remarkable how quiet these engines are — I noticed it most by being able to speak with colleagues on the flight at what would be a "normal inside-a-room speaking volume." The ongoing "whooshing" sound during the cruise of the flight has somewhat disappeared on these planes.

Here's a look at the huge NEO engines passengers (above) and the view people will have of them during the boarding process (below).

What I really love about this new Airbus aircraft, is the "frequent travel quote" SAS painted next to Door 1, which reads, "This is the door to our second home; We are travelers." It's certainly a relatable quote, as aircraft can sometimes feel like a second home to frequent flyers and business travelers. It's also very welcoming, given most passengers will read it as they're waiting to enter the aircraft during boarding.

A320neo flight decks are consistent with those of rest of A320/A320neo family, as you can see in the photo below.

The seats are upholstered in a smart gray material and the colors are consistent with SAS' new long-haul cabins. The latest in Airbus mood lighting is installed, meaning the entire tone and appearance of the cabin can change at just the touch of a button.

The cabin bulkhead interior wall at Row 1 is made of a typically Scandinavian wood effect material, with the airline and Star Alliance logo on full display.

Seat pitch throughout the aircraft is 30 inches, while the seats measure 17.5 inches wide.

These Recaro slimline seats are under 20 pounds each and designed in way to maximize the "bring your own device" concept for passengers. The magazine holder acts as an integrated holder for tablets, and the aircraft comes with a USB power supply for all — something that's very rare in terms of European short-haul travel. Also, in the second half of 2017, the first NEO with high speed Wi-Fi — which is enabled by ViaSat satellite technology — will be delivered to SAS. The airline estimates surfing speeds of 1.5 megabytes (12 mbit) per passenger, just high enough to catch up on all your favorite shows via Netflix.

With a seat pitch of 30 inches, it's a comfortably sized cabin.

Small, branded design details can be found throughout the cabin, and include little stitched labels on every seat featuring the iconic SAS logo.

Exit rows are located in rows 11 and 12, offering a little extra legroom.

Here's a demonstration of the mood lighting capabilities within the cabin.

Little tones of blue — the color of the Scandinavian Airlines logo — are also featured in various places around the cabin, including on the illuminated USB port at each seat.

SAS' new Airbus A320neo planes are stylish, modern and efficient. While the new engine option provides the airline with the highest level of efficiency for a single-aisle aircraft, the cabin interior is very chic, with Scandinavian tones reflected in its design, and both comfort and passenger experience in mind. The new plane is "bring your own device" friendly, and will be a welcome "second home" for SAS passengers — especially with the low-noise levels, brought to you by the new engines.

Have you flown on an A320neo? Tell us about your experience, below.