San Francisco vs. Oakland: Which airport should I fly into?

Articles
Ethan Steinberg has been a frequent flier for as long as he can remember. He went from studying abroad in Paris to moving to Shanghai after graduating college, where he covered all things travel in the Asia-Pacific region for TPG.
Dec. 14, 2019
•
9 min read 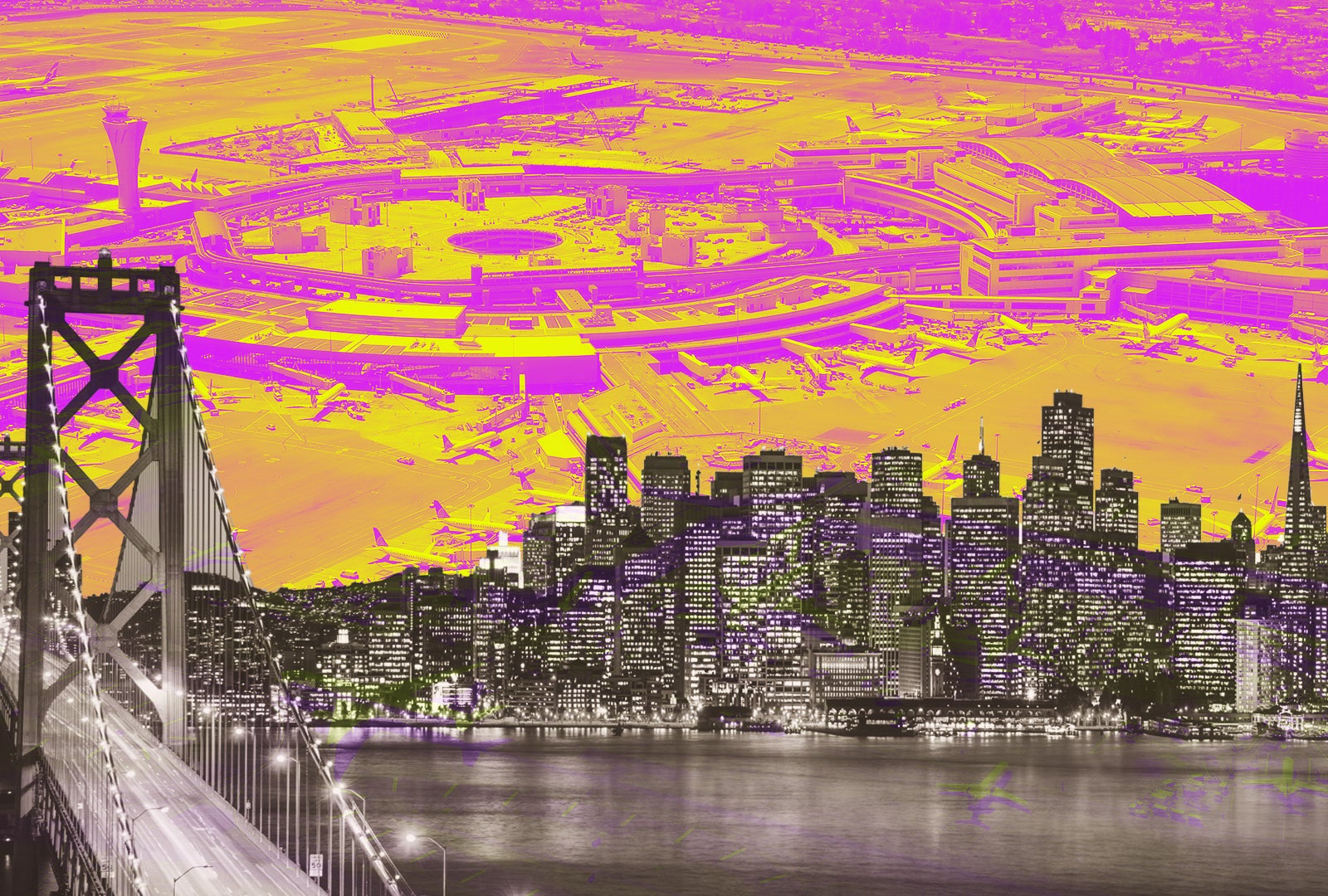 The San Francisco Bay Area is home to some of the most valuable companies in the entire world, as well as a number of popular tourist attractions that create a strong, year-round demand from business and leisure travelers alike. With two main airports situated on opposite sides of the bay, travelers have an important choice to make between San Francisco International Airport (SFO) and Oakland International Airport (OAK). Today we’re going to take a look at the pros and cons of each.

In earlier installments comparing airports within a major city - such as Chicago, Washington D.C. and London - we've picked a single landmark roughly in the center of the city to measure transit times to each airport. That's a little tougher to do here, as Oakland and San Francisco are two distinct cities. While there's plenty of crossover between them, it's unfair for someone living in San Francisco proper to pick which airport to use based on its distance to Berkeley.

Still, we need some way to compare and contrast, so for the purpose of this post we'll use Fisherman's Wharf as our destination. While it's not the geographic center of either city, it's a popular tourist attraction close to San Francisco's financial district and to the Golden Gate Bridge.

Oakland airport is just a bit farther away by car at 21 miles vs. 16 for SFO, and you can expect crossing the bridge to take a while depending on what time of day you're traveling.

Other than that, the two airports are fairly similar. An extra 10 minutes in the car or $10 on your Uber bill might not be a big deal if it means picking a cheaper flight or avoiding congestion at one of the world's busiest airports.

When it comes to public transit the two airports are nearly identical in terms of both cost and transit time, though getting from Oakland to Fisherman's Wharf requires you to change trains three times, which some may find inconvenient.

The comparison between SFO and Oakland is most similar to that of Chicago O'Hare and Chicago Midway, where you have one major international airport pitted against a mostly domestic one with a large Southwest presence.

This is by no means meant to be an exhaustive list, but the following international airlines are just a fraction of the larger contingent flying to SFO:

In addition to offering incredible connectivity to Europe and the Middle East, San Francisco is a gateway for travel to Asia and the South Pacific, with well over a dozen daily flights to China, Hong Kong and Taiwan.

While Oakland is technically billed as an international airport, almost all of its flights are domestic and it certainly doesn't offer any long-haul service. You'll find transcontinental flights to the East Coast, but the longest routes flown from Oakland top out at about five hours. A quick peek at the departures board on a random day shows that more than half of the flights out of Oakland are operated by Southwest. You'll also find a smaller presence from Alaska Airlines, Spirit and JetBlue, and some flights from legacy carriers Delta and American to their respective focus cities of Salt Lake City (SLC) and Phoenix (PHX).

Given the number of long-haul flights leaving out of SFO and the large amount of business travel, it should come as no surprise that there are plenty of premium lounges on the ground. The two most notable would be United's multilevel Polaris lounge, and the Amex Centurion lounge (which is often one of the most crowded locations in the Centurion network).

For passengers who don't meet the stringent entry requirements for the Polaris lounge, United also has a number of United Clubs spread around the airport.

Additionally, the following international airlines all have outstations lounges at SFO:

You can access the Air France-KLM lounge with a Priority Pass membership, or depending on who issued your membership you may be eligible for a $28 dining credit at the San Francisco Giants Clubhouse or Yankee Pier in terminal 3 instead.

Oakland, by comparison, has no Priority Pass lounges and only one lounge in the entire airport. The Escape lounge is located airside in terminal 1, and you can buy a pass through LoungeBuddy for $44. This would be a prime way to use the $100 annual LoungeBuddy credit that comes with the American Express® Green Card (which has an annual fee of $150. See rates & fees), at an airport where there really aren't any other options.

It's not surprising to see the options much more limited at Oakland, when you consider the fact that many of the flights out of this airport are short hops around the West Coast and that the primary carriers are no frills airlines like Southwest and Spirit.

Separated by a few miles of water, Oakland and SFO serve very different purposes. One offers long-haul flights to nearly every destination imaginable, with luxury amenities to match, while the other functions primarily as a domestic airport for shorter flights with a very heavy Southwest presence. As such, for most people the decision of whether to fly out of Oakland or SFO will be primarily set by what airline they choose to fly and where they're traveling to.

For rates and fees of the Amex Green Card, please click here.