London Heathrow vs. Gatwick: Which airport should I fly into?

Articles
Ethan Steinberg has been a frequent flier for as long as he can remember. He went from studying abroad in Paris to moving to Shanghai after graduating college, where he covered all things travel in the Asia-Pacific region for TPG.
Dec. 07, 2019
•
10 min read 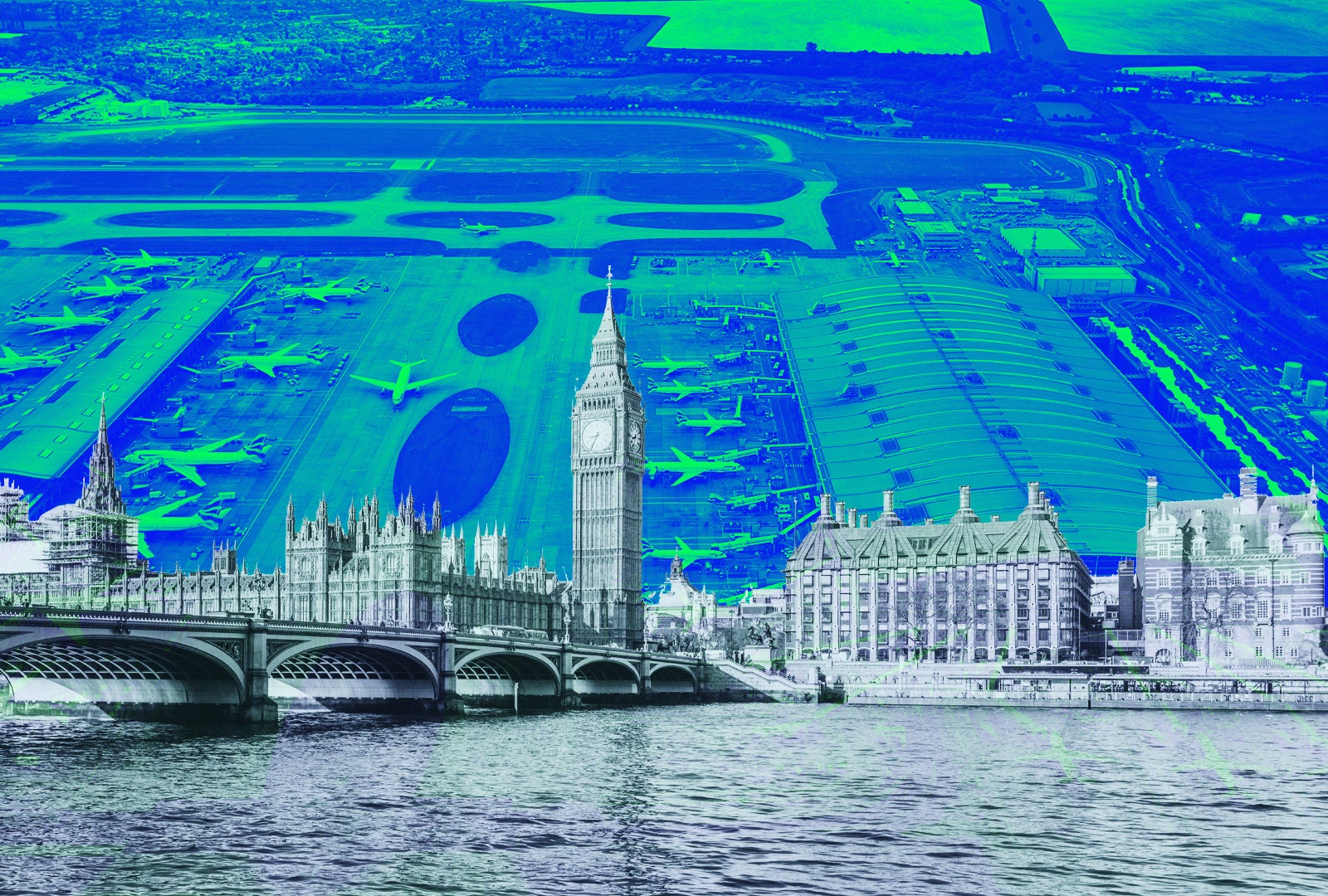 There are only a handful of airports around the world whose names are instantly recognizable to the average person, arguably none more so than Heathrow — you don't need to include the word London for people to know where you're traveling.

Despite being one of the busiest airports in the world year after year, London Heathrow (LHR) is heavily slot constricted, making it hard for airlines to grow their capacity. This has created a pressing need for alternate London airports, a need that's primarily met by London Gatwick (LGW).

Today we're going to compare these two airports and help you decide which one to fly into on your next trip to London.

Our "pick this, not that" series of multicity airports has generally focused on destinations like Chicago or Tokyo, where you have an A or B choice between two airports. Sure, New York has three main airports (although one is technically in New Jersey), but London absolutely takes the cake with a whopping six airports:

There are a few different reasons for this unusually large number of airports, including the aforementioned growth constraints at Heathrow, the success of low-cost carriers in Europe (think Ryanair and EasyJet) and the sprawling London suburbs that make convenience an incredibly important factor.

For the purpose of this post we're going to focus solely on Heathrow and Gatwick, the two airports where you'll find the bulk of long-haul international flights. In fact, the only exception that immediately jumps to mind is British Airways' unique flight BA1, an Airbus A318 in an all-business class configuration that flies daily between New York (JFK) and the closer-in London City airport. The other four airports primarily serve short-haul intra-Europe routes. If you're simply looking for the best deal and are agnostic about which airport you fly to/from, you can use the three letter code "LON" to search for all London area airports at once.

Further Reading: 10 Reasons British Airways 1 Is Unlike Any Other BA Flight

It's hard to pin down the exact geographic center of most cities, forcing us to use a popular landmark instead. That's not a problem in London, which has a plaque behind the statue of King Charles in Trafalgar Square to mark the center of the city. In fact, distances to London on road signs throughout the country are measured using this point.

Here's how the two airports stack up:

Neither airport is especially close to downtown London, and you can expect to spend at least an hour in transit whether you drive (or take an Uber or taxi) or use public transit.

While Gatwick is nearly twice as far from the center of London as Heathrow is, it won't take you that much longer to get there, especially if you opt for public transit. Of course, you have to remember that a bad traffic jam could wreak havoc on your plans, so make sure to account for that when deciding when to leave.

Not only is London a global hub of business and culture, but the UK's geographical location enables nonstop flights from nearly every corner of the world, including the following North American routes:

Flag carrier British Airways also serves a number of smaller markets in the US, including Austin (AUS), Nashville (BNA) and San Jose (SJC). While Virgin Atlantic isn't a member of any of the three major alliances, it does have a very close joint venture with Delta which sees it flying codeshare flights to a number of US airports. If you can, you'll definitely want to route through JFK to check out the carrier's new flagship A350 with an all-new business class suite.

Further Reading: Lofty heights: A review of Virgin Atlantic’s Upper Class Suite on the A350 from London to New York

In fact, almost every airline that operates long-haul international routes fly to London Heathrow. While the following is not meant to be an exhaustive list, it highlights a few of the great destinations (and world class airlines) you can experience flying to and from London Heathrow:

While London Gatwick has a full compliment of short intra-Europe flights, it doesn't get nearly the same exposure to longer routes as Heathrow. While Cathay Pacific flies 5x daily flights from Hong Kong to Heathrow, it only operates one to Gatwick on an A350 without a first class cabin. You'll also find a daily Air China flight from Shanghai (PVG) to Gatwick and a 4x weekly China Airlines flight from Taipei (TPE), but that's about it for flights between Gatwick and Asia.

On the North American front, you'll find a handful of flights from the US to Gatwick, including cities like Los Angeles, San Francisco, New York, Orlando and Miami. These routes are primarily operated by low-cost carrier Norwegian Airlines, with a few British Airways and Virgin Atlantic flights mixed in.

Heathrow is a sprawling airport, and the ground experience is very different depending on which terminal you're departing from. British Airways primarily operates out of Terminal 5, though some flights also depart from Terminal 3, so be sure to check your flight info before heading to the airport.

British Airways first class passengers and top-tier elites have access to the Concorde Room, an exclusive lounge with great views and some incredible food and drink options. British Airways is one of the few airlines that serves equally good Champagne on the ground and in the air, so you can relax and enjoy a glass of Laurent Perrier Grand Siècle in the Concorde Room, which retails for about $150 per bottle. And don't worry if you're traveling in economy — the Aspire Lounge in Terminal 5 is open to Priority Pass members.

Further Reading: Setting the Bar High: A Review of the Concorde Room at Heathrow Terminal 5

Meanwhile, London's other hometown airline, Virgin Atlantic, has its Clubhouse lounge in Terminal 3. When TPG's Nicky Kelvin got to use it while reviewing Virgin Atlantic's new A350, he called it a "flawless ground experience."

Plenty of other airlines also have dedicated lounges at Heathrow, including the following (though again this is not an exhaustive list given how many different airlines fly to London Heathrow):

Still, for many North American based travelers, the most exciting lounge options at London Heathrow have yet to be built. Let's start with the Amex Centurion Lounge, a relatively small installation at only 7,000 square feet slated to open in Terminal 3 in the first half of 2020. Additionally, both American Airlines and United will be bringing their A-game to Heathrow. United has chosen Heathrow as one of only three international destinations to receive a Polaris lounge (along with Hong Kong and Tokyo Narita), while London will be the only international location for American's Flagship Lounge and Flagship First dining facility.

There aren't many airports in the world that could compete with the diverse and luxurious lounge options found at Heathrow, but Gatwick offers a few decent options as well. While there are no airline branded lounges at Gatwick, there are a handful of third party lounges, nearly all of which are accessible to Priority Pass members. If you're passing through Gatwick during peak holiday season, you can even pre-book your visit to make sure there's space. If you're flying out of the south terminal at Gatwick, you can use your Priority Pass membership (from most credit card issuers but not from Amex) to enjoy £15 (~$19) off your bill at the Grain Store Cafe & Bar.

Depending on where in the world you're traveling, you might not have the luxury of choosing between Heathrow and Gatwick. Most long-haul routes depart out of Heathrow, which has the space and amenities necessary to support the 80+ million passengers per year who pass through its doors. Of course, that comes at a cost — namely long lines and congested roadways, which is why many people prefer to fly out of Gatwick or one of London's smaller airports when given the choice.