10 Reasons British Airways 1 Is Unlike Any Other BA Flight 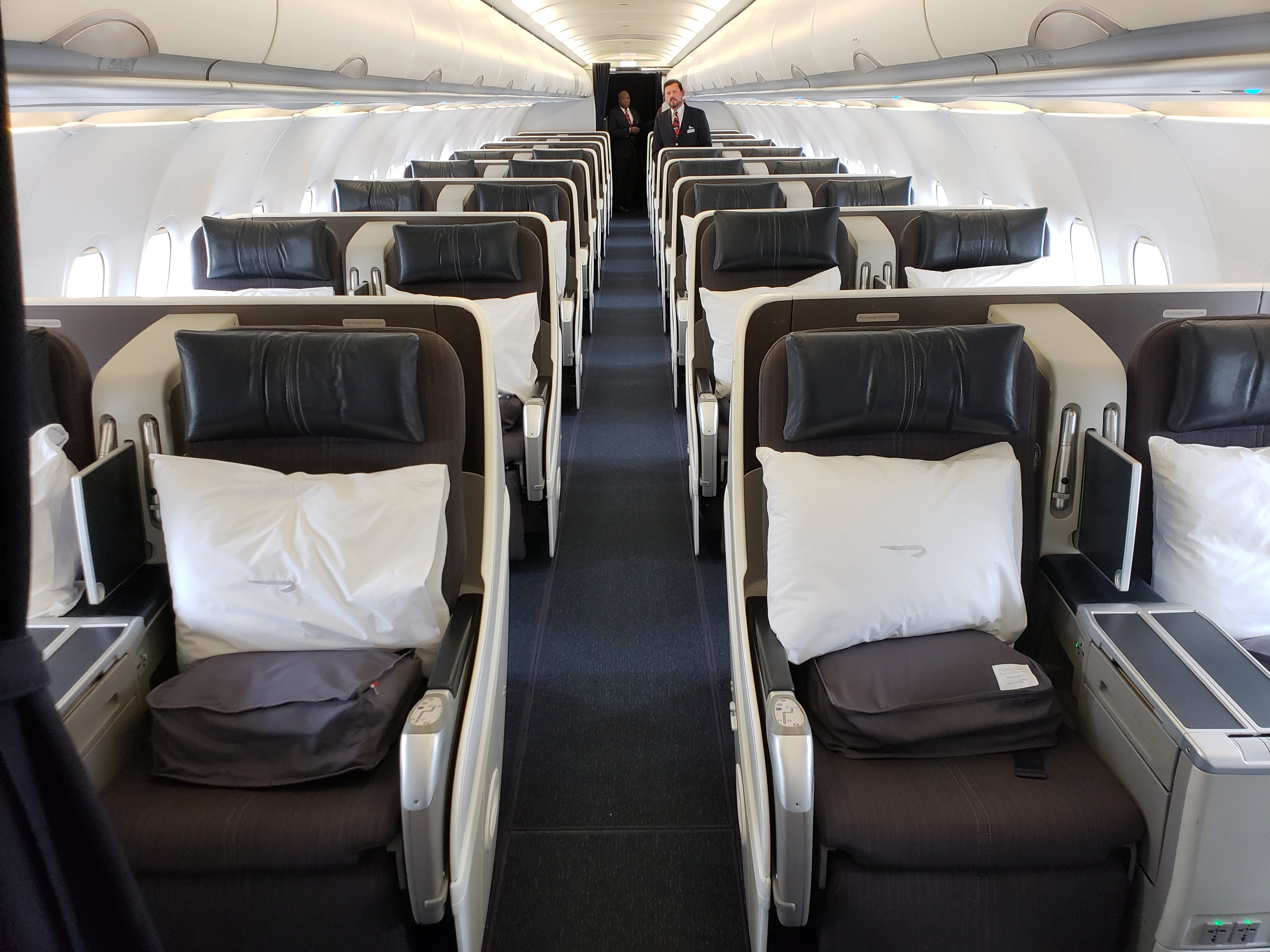 10 Reasons British Airways 1 Is Unlike Any Other BA Flight
This post contains references to products from one or more of our advertisers. We may receive compensation when you click on links to those products. Terms apply to the offers listed on this page. For an explanation of our Advertising Policy, visit this page.

Until last Friday, I had never flown British Airways' Club World business class. That may come as a bit of a surprise, given that I've reviewed many other premium products operating between the US and Europe. But especially after cutbacks announced in 2016, paired with the UK's Air Passenger Duty and obnoxiously high fuel surcharges that come along with award tickets, I just wasn't all that interested in trying BA.

That said, one BA flight was on my radar — BA1, the daily service from London's City Airport (LCY) to New York-JFK. The flight is operated by the airline's only Airbus A318, affectionately coined the "Baby Bus," and it's the only transatlantic flight to depart from LCY, a small regional airport located just minutes from the City of London. This A318 route is so unusual that the plane caught the eye of Google's Street View team, and after that tour I knew I had to find a way onboard.

When a $2,100 round-trip business-class fare popped up from Germany to New York, that allowed me to route through LCY and fly the A318, I didn't hesitate to pull the trigger. The flight was everything I had hoped for. Here are the 10 things that make this plane — and flight — unique. Savvy AvGeeks will have noted that the flight number is special too: BA1 used to be the Concorde to JFK, and as such, it's probably the most coveted of flight numbers.

1. It's the smallest mainline plane in British Airways' fleet

Members of the Airbus A320 family make up the majority of British Airways' fleet, but there's only one A318. G-EUNA was one of the last A318s to be delivered by Airbus, and has been flying a single route for BA since 2009.

2. There aren't any economy seats onboard

BA1 doesn't have a first-class section, either — it's an all-business-class configuration, with just eight rows of four seats each.

With a maximum of 32 passengers on board, it's the closest you'll get to flying a private jet across the Atlantic, without the sky-high cost.

3. There isn't a business-class lounge

Normally this might be seen as a con, but British Airways offers a full meal at LCY's Pilots Bar and Kitchen, instead. I had a breakfast of avocado toast with a side of spinach and tea, and it was far better than anything I could have expected to find in a BA biz lounge.

The airport has free and fast Wi-Fi, too, and there were outlets in the restaurant, so I didn't feel like I was missing much at all.

4. The seats are entirely different from the rest of the fleet

The rest of British Airways' fleet offers a mix of forward- and rear-facing seats in a dense configuration. They're all lie-flat beds, but the product is often described as subpar. The A318 has an entirely different arrangement. All 32 seats face forward, and they're arranged in pairs. With just 18 occupied on my fight, I managed to get an entire row to myself, so privacy wasn't an issue, but if you're traveling next to a stranger you may find the small slide-out divider to be a bit insufficient. Thanks to the light load, I was perfectly comfortable, though.

5. There isn't any seat-back entertainment

This is one of the few cons, in my opinion. In order to save weight, BA decided to leave out integrated entertainment, opting to hand out content-filled iPads, instead.

The screens are higher-quality than what you'd likely otherwise find, but the iPads can be a bit awkward to use during the meal service, since there isn't much space. And, since it's an older model, storage is limited as well, which means a smaller selection of content than you might be expecting to find on BA.

6. The plane stops to refuel every time it flies to New York

The eastbound flight to London flies nonstop, but due to runway limitations at London's tiny City Airport, the plane doesn't have enough room to take off with a full fuel load. BA's solution is a scheduled stop in Shannon, Ireland, where the plane is refueled as passengers pass through US Preclearance.

The stop adds about 90 minutes to the trip, but LCY is far more convenient than Heathrow (LHR) or Gatwick (LGW), and the fact that customers arrive as domestic passengers in the US helps make up for the lost time as well.

7. Two sets of pilots operate the flight to NYC

While the same flight attendants work the entire journey from LCY to JFK, a new captain and first officer join the flight during the stop in Shannon, where the pilots from the first leg spend the night, operating the final leg to JFK the next day. And, since the flight doesn't operate on Saturdays, the pilots get an extra weekend night in Ireland, which worked out very well for the Irish captain operating my flight.

Since the flight is operated by an Airbus A318, the pilots are also eligible to work on flights operated by BA's other single-aisle Airbus planes, the A319, A320 and A321. So the Heathrow-based captain and first officer fly within Europe when they're not driving the A318 to New York.

9. Meal service is split between the two flights

The first leg to Ireland is only about an hour long, so there isn't time to complete the main meal service. We received our appetizers en-route to Shannon, including a choice of vegetarian sushi or a fruit skewer, along with beverages from the cart.

The rest of the meal — including the salad, main course and a mix of desserts — were delivered during the first hour or so of our onward trip to JFK.

10. The service is more personalized

Normally three crew members wouldn't be nearly enough for a long transatlantic flight, but with just 18 seats booked on the day I decided to fly, there was plenty of opportunity for the flight attendants to give everyone quite a bit of attention — especially the "regulars," who might join this flight a couple times a month.

I found crew members chatting with several passengers throughout the flight, and they seemed eager to make sure everyone was taken care of. It was a refreshing change from the service I've received on many wide-body planes.

This was easily one of the coolest flights I've ever been on. The experience reminded me most of my round-trip between Houston (IAH) and Stavanger, Norway (SVG) on Scandinavian's all-biz 737-700, but with better food, a more comfortable seat and excellent bedding, BA's A318 was even more special than that now-defunct service.

It was also the first time I photographed an entire flight review with nothing but a smartphone. Even the 4K video above was shot with the Samsung Galaxy S9+ and the quality blew me away.

Note that while I booked a cash fare, it is possible to use miles for this flight — off-peak awards will run you just 50,000 Avios each way, but the ~$500 in taxes and fees make a redemption far less appealing.

Stay tuned for a full review of BA1 — along with a closer look at the GS9+ — in the days to come.