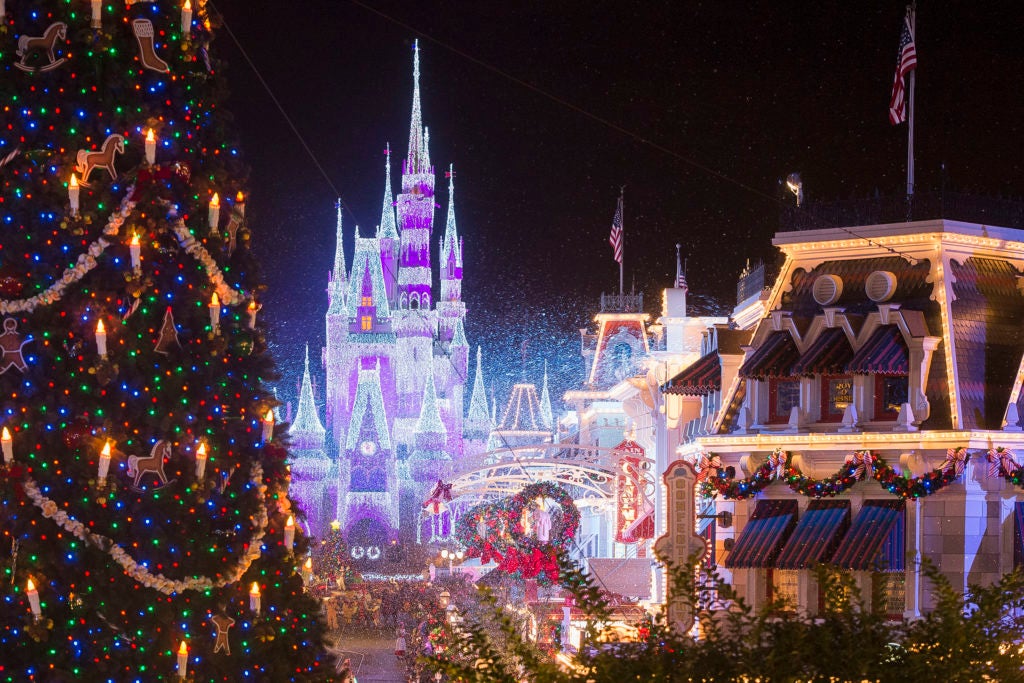 Disney World is never finished -- it is an always-changing destination. Yes, there are throwback classics such as It's a Small World, Jungle Cruise and Pirates of the Caribbean, just as Walt himself imagined them when the gates first opened in 1971. But Disney World is not a museum -- it keeps up with the times, evolving tastes and technological advances with the addition of new rides, entire themed lands, resorts and restaurants.

While 2019 brought much to Disney World, including the opening of Star Wars: Galaxy's Edge, the all-new Gran Destino tower at Coronado Springs, the Skyliner gondolas and a really fun new character meal (with a side of poison apple), things aren't slowing down in 2020.

New happenings at Disney World in 2020 include everything from rides to a resort hotel, new restaurants and the largest theme park transformation in Disney's history with the re-imagination of Epcot.

While Disney World's 50th anniversary in 2021 will certainly mark an unusually momentous year for the park (ahem, Tron and Guardians of the Galaxy rides), 2020 will be busy in its own right.

FOR NO COST ASSISTANCE WITH PLANNING AND BOOKING YOUR NEXT DISNEY VACATION, CHECK OUT TPG'S DISNEY BOOKING PARTNER, MOUSE COUNSELORS.

The first moving attraction at Disney World to ever feature Mickey and Minnie Mouse will open in the Chinese Theater at Disney's Hollywood Studios on March 4, 2020. This was the former home of the Great Movie Ride until it closed to make way for this new attraction. TPG recently got a preview of a portion of Mickey and Minnie's Runaway Railway while at a Disney media event and it is full of surprises and a whole bunch of fun.

You'll start out by watching a new Mickey and Minnie cartoon short and then board the train to become a part of the cartoon. (Watch out for the catchy theme song!)

We're only on No. 2 on the list and I'm already cheating a little. However, since this new Mediterranean-themed resort didn't open until mid-December, 2020 will be the first chance most guests will get to try it out. Riviera Resort is the first all-new, stand-alone Disney resort property to open in seven years, making this expansion a pretty big deal.

The property is located on the new Skyliner gondola route, and guests staying in the 300 rooms at this new resort will have easy access to both Epcot and Hollywood Studios. Since Riviera is a Disney Vacation Club resort, you have the option of booking a room with cash or renting Disney Vacation Club points and potentially saving a bunch of money off the regular room rates. (Here's how I have rented points to save on a Disney stay.)

Looking a bit beyond 2020, there will be a new Disney nature-themed 900-room resort called Reflections, The Cove, which will join Marriott's Walt Disney World Swan and Dolphin (use Marriott Rewards points to stay on Disney property) and the Star Wars: Galactic Starcruiser, scheduled to open in 2021.

Summer 2020 will bring Chef Remy's kitchen antics to the France pavilion in Epcot. This trackless ride already exists at Disneyland Paris, but this will be its debut in the U.S. Expect to "shrink" down to the size of the rat as you scurry around Chef Gusteau's kitchen.

This will also be the first moving attraction in the backside of Epcot's World Showcase, which should make the area a bit more kid-friendly than before.

Beauty and the Beast sing-a-long

Speaking of France, in January 2020, the France pavilion in the World Showcase will open a new Beauty and the Beast singalong. This film will alternate showings with the current film, Impressions de France, beginning Jan. 17.

TPG got a peek at this new animated show and loved that it is narrated by Angela Lansbury, the original Mrs. Potts in the film. The cartoon features a twist on the original movie (spoiler: LeFou wasn't a bad guy after all), but the singalong parts are all songs Disney fans already know by heart. At a minimum, this should be a nice seated and air-conditioned family break for 15 minutes or so.

In a continued overhaul of the France pavilion, an authentic crêperie will be added featuring a menu from the Brittany region of France. This restaurant will reportedly offer both table service and quick service. Walt Disney World News Today reports the crêperie will feature the cuisine of celebrity chef Jérôme Bocuse, the mastermind behind the pavilion’s Chefs de France brasserie.

If you want to dine 220 miles above earth, head toward Mission Space in Epcot, as Space 220 is scheduled to open near that attraction in early 2020. With a "space elevator" to take you up, Space 220 will be open for breakfast, lunch and dinner.

Fear not if you aren't thrilled about space food, as the restaurant procured more than 1,000 bottles of the "world's finest wines" before blasting off into the universe. If you want a little more terra firma with your meal, we can't recommend Takum-Tei enough. That Japanese-themed restaurant opened at Epcot in 2019 and is one of the best restaurants at Disney World.

Related: Best credit cards to use at Disney

If you are scratching your head thinking that Epcot just got a new nighttime show in 2019, you're right. However, the current evening display of Epcot Forever is only temporary. A big new nightly show, Harmonious, is coming in 2020.

According to Disney, “Harmonious” will debut at Epcot as the largest nighttime spectacular ever created for a Disney park. It will celebrate how the music of Disney inspires people the world over, carrying them away harmoniously on a stream of familiar Disney tunes reinterpreted by a diverse group of artists from around the globe. "Harmonious" will feature massive floating set pieces, custom-built LED panels, choreographed moving fountains, lights, pyrotechnics, lasers and more.

When previews for this new Cirque du Soleil start on March 20 (the show officially premiers on April 17), there will be one more thing to do at Disney World without a park ticket. Located in Disney Springs, this all-new show is a partnership between Cirque du Soleil, Disney Animation and Disney Imagineering, so odds are good it should be a winner.

Related: Is club level at Disney World worth it?

Located close to the giant Woody who welcomes guests to Toy Story Land, this new table-service restaurant will be surrounded by larger-than-life toys, just like in the rest of Toy Story Land. There's no announced specific opening date quite yet, but expect the dining rodeo to start in 2020.

In addition to the new Beauty and the Beast singalong, there are three more new films coming to Epcot. First, there's a new Circle-Vision 360 that will debut on January 17 in the Canada pavilion. While many guests have long adored Martin Short's narration, the film there was due for an upgrade and will be replaced. “Canada Far and Wide” will premiere with new scenes, a new musical score by Canadian composer Andrew Lockington and new narration by award-winning actors Catherine O’Hara and Eugene Levy.

Also in January, the China Pavilion will premier the new "Wondrous China," while "Awesome Planet" will become the Land Pavilion's nature-focused film replacing the long-running "Circle of Life: An Environmental Fable."

The American pavilion in Epcot will welcome a new dining option featuring classic Americana fare, with barbecue paired with craft beers on tap. The new fast-casual restaurant will have everything from smoked Kansas City chicken to Texas beef brisket sandwiches. There is no exact opening date except for "winter," and rumors are it may open in very early 2020.

On the recently-released menu, the "American" desserts are banana pudding and S'more brownies. While I'm a bit saddened that apple pie and vanilla ice cream didn't make the cut, the restaurant should be a welcome addition to the American Adventure, which has lacked a bit in recent years.

If you think 2020 looks busy at Disney World, the entire re-imagination of Epcot will stay in full swing through 2021 with a new "Play!" pavilion, the new Guardians of the Galaxy indoor coaster, Moana-themed water elements and a Mary Poppins attraction centering the redesign of the U.K. pavilion. This is on top of the forthcoming Tron Lightcycle Power Run at Magic Kingdom and a host of other projects up the Imagineers' sleeves down in Florida.

If you are considering staying away from Disney because of crowds at all these new attractions, don't stress too much. The new virtual queue that is being used for the Star Wars: Rise of the Resistance attraction seems to be working, and hopefully that will become the new standard for hot new attractions in 2020 and beyond.