Articles
Summer Hull , aka Mommy Points, ran the Mommy Points site for families who want to travel more for less using miles and points for seven years. She now heads up a variety of special projects at TPG when she isn't exploring the world with her own two girls.
Follow
Jan. 06, 2022
•
5 min read 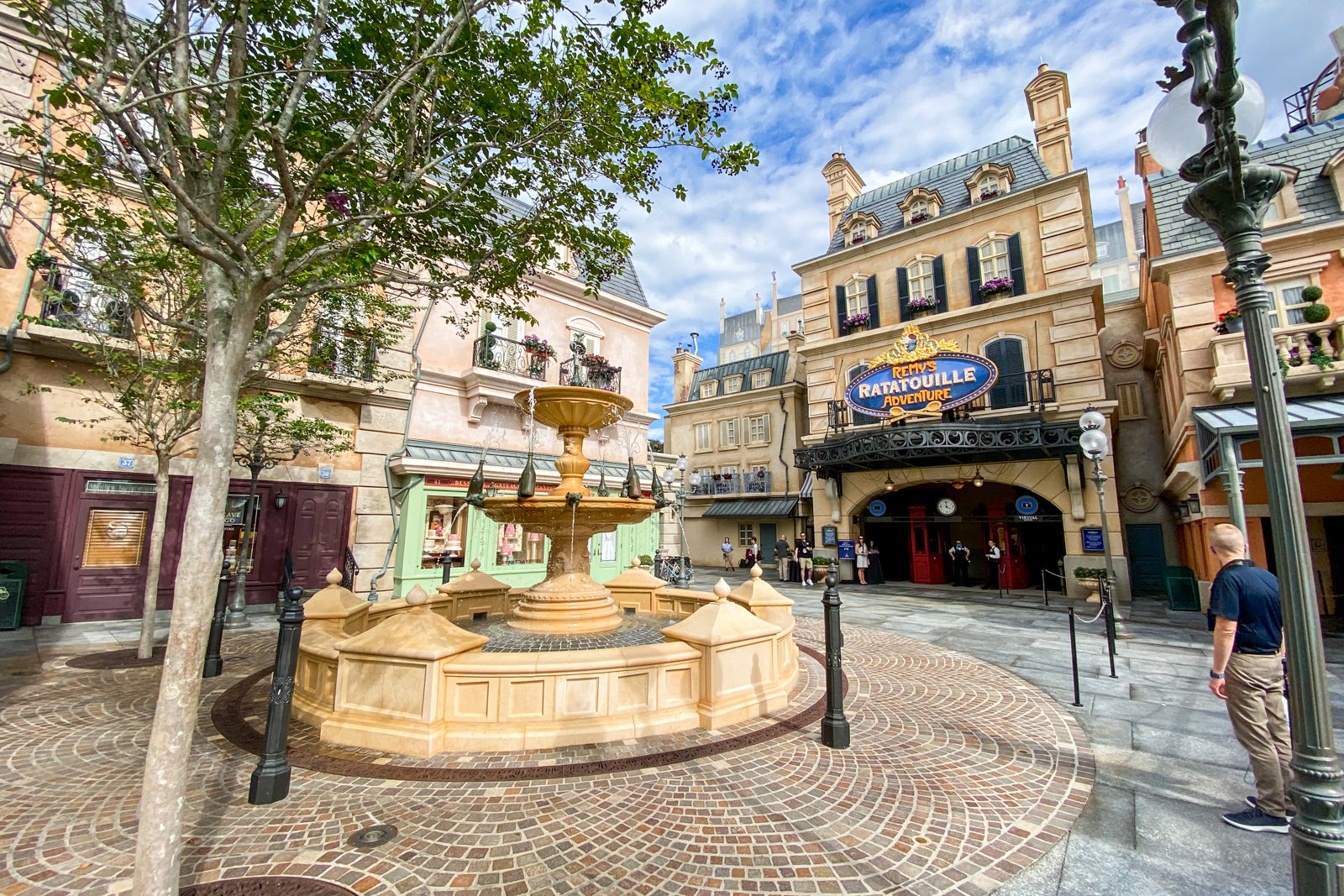 When Disney World opened the ground-breaking Star Wars: Rise of the Resistance attraction in late 2019, it also introduced virtual queueing. This protected the park — and its guests — from situations like the snaking 11-hour line that Universal Orlando's Hagrid’s Magical Creatures Motorbike Adventure ride had experienced at its launch a few months earlier.

Using a virtual queuing system for intensely popular rides prevented that bottleneck and allowed guests to experience other rides, attend shows, shop and eat instead of wasting hours every day in one physical queue. However, there were also some downsides to the virtual system.

But love it or hate it, as shared on the official Disney Parks Blog, Disney World is pausing the use of virtual queues -- for now. Here's what you need to know before your next trip to the parks.

While there were occasional operational tweaks, Disney's Hollywood Studios utilized a virtual queue for Star Wars: Rise of the Resistance from the time the attraction opened in late 2019 until just before the fall 2021 opening of Remy's Ratatouille Adventure at Epcot.

When the Ratatouille attraction officially opened on Oct. 1, 2021, it did so using a virtual queue.

However, effective Jan. 10, 2022, the Ratatouille ride will cease utilizing a virtual queue and move to utilizing a standby queue (aka an old-fashioned line).

This means that as of next week there will be no Disney World attraction using the virtual queuing system, and all rides will be experienced either via waiting it out in a physical line or by purchasing faster access via Genie+ and Lightning Lanes.

The upside of pausing virtual queues

The good news? You should be able to have a good day at a theme park by just buying a ticket and showing up.

If you want to spend a chunk of your day waiting for the ride that interests you the most, it makes sense to have that option. By pausing the virtual queue, Disney effectively simplifies the theme park experience in that respect.

It was easy for someone to not be aware they had to wake up and request a boarding pass exactly at 7:00 a.m. or miss out on experiencing a new ride. For most of the time since the virtual queues were in use, there was no option to simply get in line and wait even if you were willing and able. If you didn't get the boarding pass, you simply couldn't ride. This changed a little when the paid Lightning Lanes were introduced for these attractions in fall 2021 since you could also buy your way in until those options sold out.

But even those who did know how the virtual queue system worked didn't always get a boarding pass — luck (and connectivity) played a significant role, and you could easily be a fraction of a second too late.

The downside of pausing virtual queues

The obvious downside of losing the virtual queue options is that to ride these attractions you may need to spend more of your day waiting in line.

And the reality is that may be a little worse than it sounds because the true wait of the standby queue is impacted by the ability for guests to buy their way into a shorter line with Lightning Lane.

Rise of the Resistance and Remy's Ratatouille Adventure, which were both using the virtual queue option, are now offered via individually purchased Lightning Lanes that range in price from about $9 to $15 per ride, per person. The guests paying those prices for the shorter line generally have priority over those who simply show up to wait in the standard queue, which increases the length of the standby wait.

While we don't yet know what the standby line demand will be for Remy when it comes off virtual queue on Jan. 10, the posted wait times for Star Wars: Rise of the Resistance are commonly two to three hours long.

While this is a change worth noting, it is almost certainly not the last of virtual queues for Disney World.

When the new Guardians of the Galaxy: Cosmic Rewind ride opens at Epcot this summer, it will very likely do so with a virtual queue.

But it's clear that, at least for the foreseeable future, Disney is using virtual queues to manage demand for brand-new rides, not as a true alternative to waiting it out in line. If you want a way to experience a ride without getting in the normal line, you're going to need to budget for the recently introduced Genie+ and/or Lightning Lanes.

Related stories
Why you should consider having both the personal and business Amex Platinum cards
Real ID requirements for air travel in US delayed until 2025
Another major cruise line to sharply hike onboard fees
10 surprising winter sun vacation destinations you may not have thought of
Featured image by (Photo by Summer Hull/The Points Guy)
Editorial disclaimer: Opinions expressed here are the author’s alone, not those of any bank, credit card issuer, airline or hotel chain, and have not been reviewed, approved or otherwise endorsed by any of these entities.