13 of the most beautiful villages in Portugal

Articles
Lori Zaino is a writer for TPG and TPG UK covering travel, news, points and miles and more. She's been based in Madrid, Spain almost 15 years and is an expert in travel throughout destinations such as Europe, Southeast Asia and Africa.
Follow
Feb. 28, 2021
•
9 min read 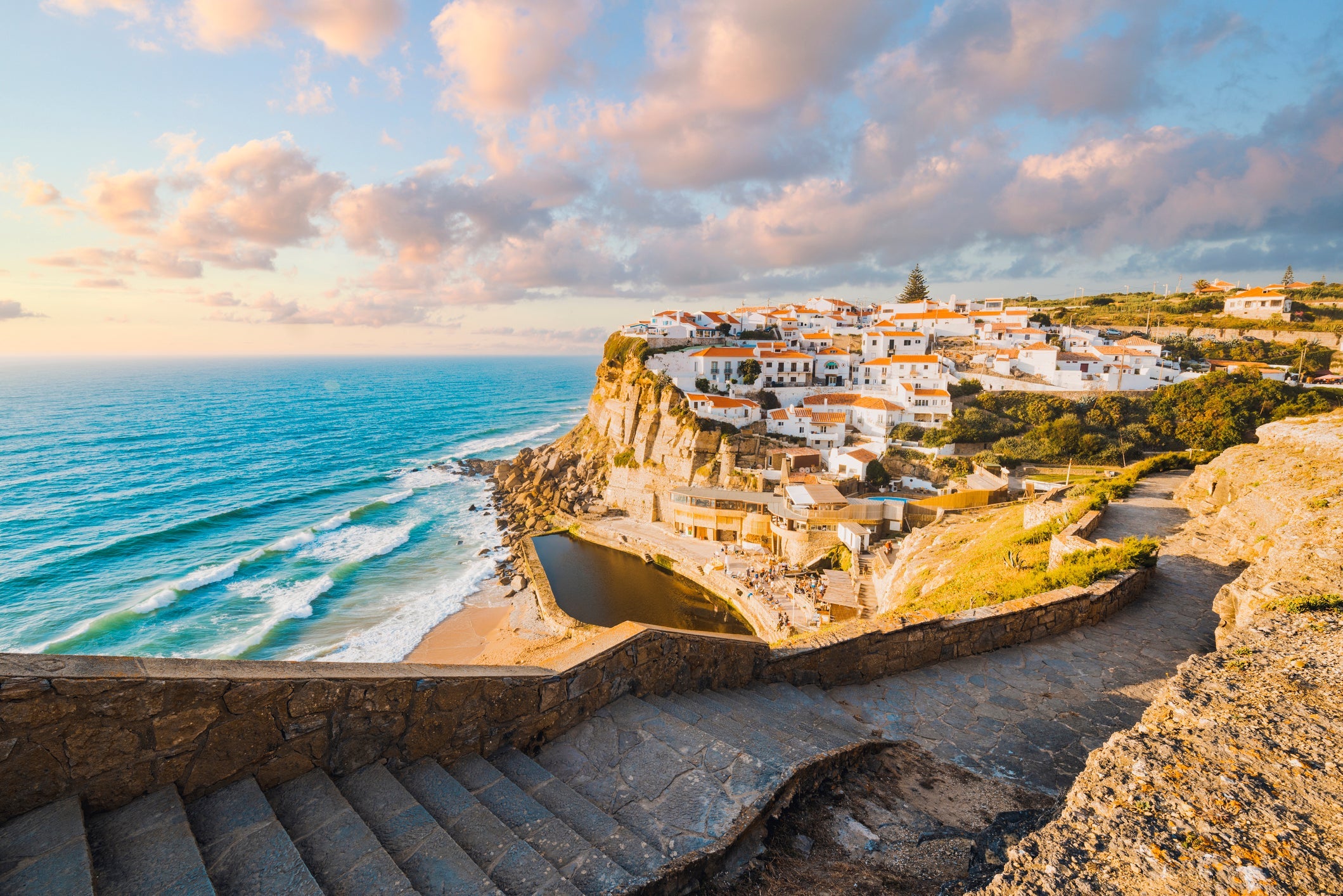 As the travel industry navigates COVID-19 shutdowns, TPG suggests that you talk to your doctor, follow health officials’ guidance and research local travel restrictions before booking that next trip. We will be here to help you prepare, whether it’s next month or next year.

Portugal is roughly 38% of the size of the U.K., so you may be surprised to learn there's an immense amount of beauty to discover within such a small country. But Portugal truly has it all: miles upon miles of sandy beaches, a buzzing — and affordable — culinary scene, sprawling vineyards, cities full of culture and, of course, numerous charming villages for those wanting a taste of small-town Portuguese living.

Step back time with a visit to the walled medieval city of Obidos. It's an excellent place to stop on a road trip between Porto and Lisbon. Plan to walk the walls of the castle and village, and don't forget to sample the famed town specialty: Ginja, a fruit-flavored liqueur sipped out of a chocolate cup.

Related: 7 reasons why your next vacation should be in Portugal

Another stop ideal for a Lisbon-to-Porto road trip, Aveiro (it's more of a town than a village) is often called the Venice of Portugal, known for its canals and the colorful gondola boats called moliceiros that cruise them. Slightly south, don't miss the striped, picturesque houses lining the Costa Nova beach.

Portugal's central interior has many towns built from a special rock called schist. TPG's favorite is Talasnal, perched high among the pines in the Serra da Lousã mountain range. It's the ideal stop after a morning hike through surrounding wooded hills.

No visit to Lisbon is complete without a day trip to Sintra and its most famous landmark: the majestic and colorful Palacio de la Pena. Sintra's mountains hide other wonders, too, like the Castle of the Moors. The area also has many windswept beaches such as Adraga, complete with jagged rock formations.

Known as Portugal's very own "Cinque Terre" thanks to its looming sea cliffs similar to those along the Italian Riviera, Azenhas do Mar is another epic day trip from Lisbon or can easily be combined with a visit to the aforementioned town of Sintra. Snap pictures from the viewpoint up above, or head down below to admire the saltwater pool the tides form.

Monsanto is one of Portugal's most unique villages, with many of its buildings sandwiched between and built into giant boulders. Check out the castle at the top of the village, and simply wander around, admiring the seamless integration of man-made structures with moss-covered boulders that date back to prehistoric times.

Estremoz is really two villages in one: the walled upper town, which dates back to the 13th century, and the lower town, which was fortified in the 17th century. Estremoz is known for its marble, so keep an eye out for it in both obvious and mundane places: doorsteps, in shops or even along the pavement.

The island of Madeira has many villages to explore, but Santana may be one of the most distinct thanks to its red, white and blue houses with thatched roofs. Pay a visit to these homes-turned-craft shops and then explore the nearby terrain: vineyards, rocky coastline and the green trails of the Parque Florestal das Queimadas.

You'll encounter a number of villages when weaving along the Douro wine route, and Favaios is the perfect place for a snack and, of course, sweet wine. Stop into the bakery to taste the town specialty: four corners bread. And, a visit to the Pão e Vinho (bread and wine) museum to learn about what you've just ingested is a must.

It's no secret that British travelers love the southern Algarve region of Portugal -- Tavira included. The town spans the Gilão River and is home to a castle. Once you've explored the whitewashed medieval town, head to the long, sandy beaches of nearby Tavira Island.

Known as the surf capital of Europe, experience Portuguese surf culture in Ericeira, a quaint village set on cliffs above the sea. You'll find several surf beaches nearby and you can enjoy anything from traditional Portuguese cuisine to vegan smoothies.

The Azores are some of the most beautiful and exotic islands on earth. The village of Nordeste on São Miguel island is blustery and remote, especially the nearby hilltop Arnel lighthouse. Don't forget to visit the São Jorge Church as you lap the village.

Marvao sits in the Alentejo region amid rolling hills and stretches of vineyards near the Portuguese-Spanish border. The hilltop village rises above the landscape of the Parque Natural da Serra de São Mamede, with an imposing castle and walled fortifications. Make sure to enjoy a glass of local wine during your visit and pick up a bottle to take home. Alentejo has a wine scene that remains relatively unknown in the international market.

Hoping to taste wine? Explore castles? Surf? Hike? Or maybe just relax and socially distance? Portugal has a village for you. Whether it be the sunny shores of the Algarve, the hills of Portugal's interior or the Douro's rolling vineyards, there's a village (or maybe a few) right for you.

For those who love to discover small villages around Europe, make sure to check out these related articles too: