The 9 best surfing destinations in Europe

Articles
Lori Zaino is a writer for TPG and TPG UK covering travel, news, points and miles and more. She's been based in Madrid, Spain almost 15 years and is an expert in travel throughout destinations such as Europe, Southeast Asia and Africa.
Follow
Aug. 16, 2020
•
9 min read 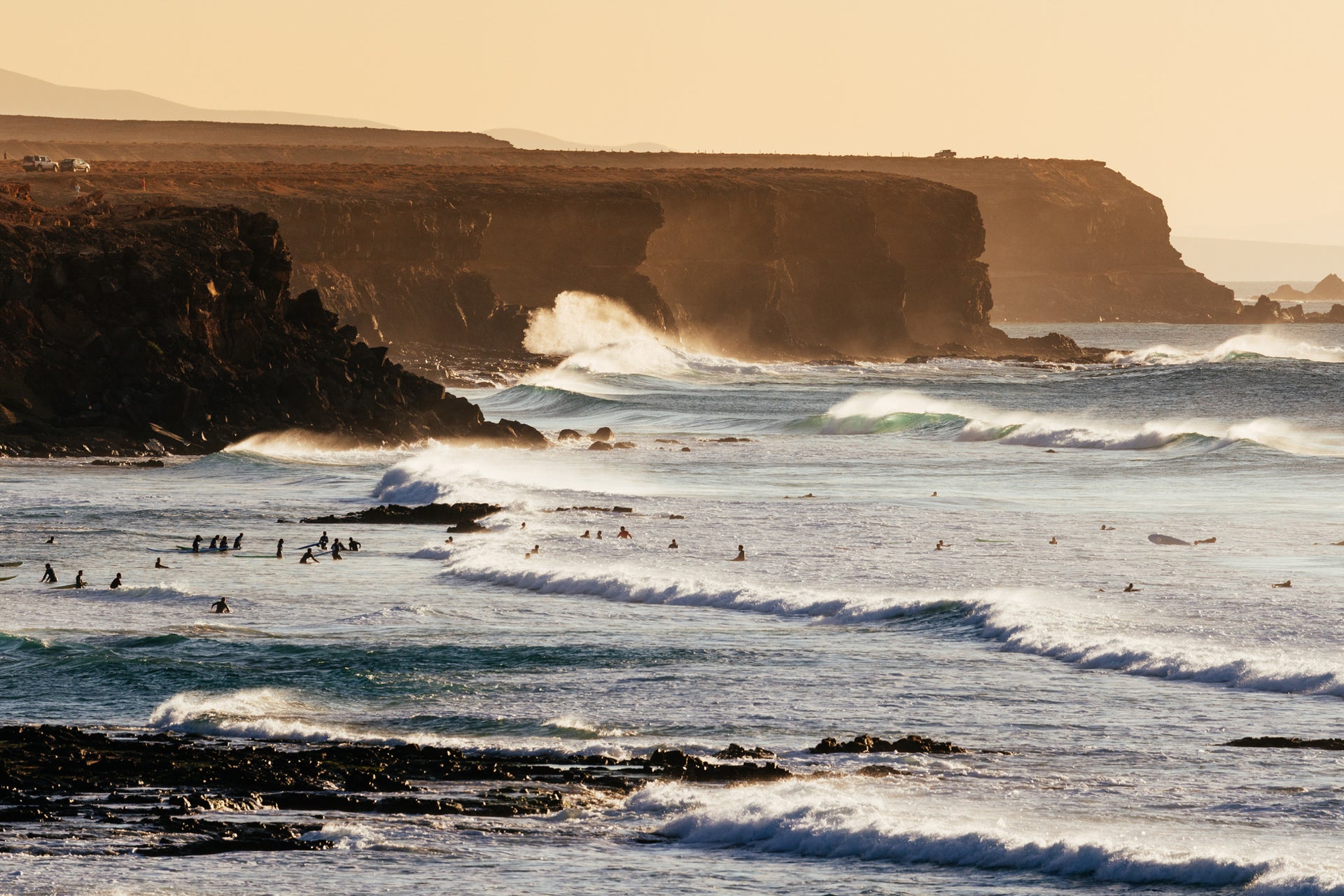 As the travel industry reopens following COVID-19 shutdowns, TPG suggests that you talk to your doctor, follow health officials' guidance and research local travel restrictions before booking that next trip. We will be here to help you prepare, whether it is next month or next year.

When best swells come to mind, most people think of popular surf spots like Hawaii, Australia or California. These destinations not only have some of the world's best waves, but also some serious surfer culture: bikinis, board shorts and beach hair.

But you can also find some hip surf spots in Europe. Although some of them are cooler-weather spots most of the year (sorry, no bronzed bodies and sun-drenched beach hair in Ireland in November), you'll still find some surfable waves. And depending on where you go, some spots are delightfully tourist-free, whereas with others, you'll find more of a group surf vibe. Here are some of the best surf spots in Europe.

Vibe: Peniche is known as the surf capital of Portugal. Autumn and winter are the best times to visit for advanced surfers who want to try their luck on the Supertubos, one of the region's largest breaks. Beginner or intermediate surfers should visit in spring or summer when waves are more manageable. You can also consider a surf camp or retreat -- many camps offer yoga and surf together for the ultimate action vacation. Wet suits are recommended year-round here.

Vibe: It's difficult to pick just one spot in a coastal area with so many large breakers. Mundaka is one of the most famous for its 12-foot river mouth wave that only advanced surfers should attempt. Sopelana is more appropriate for all levels of surfing year-round, though autumn and winter produce the biggest waves. And of course, surfers can enjoy chowing down on pintxos (the Basque version of tapas) after an epic day of surfing.

Related: 15 of the most beautiful beaches in Spain

Vibe: Biarritz is an excellent choice for beginners (advanced surfers can try their luck in Hossegor, a 40-minute drive north), home to a number of surf schools and the popular surf beach, Cote des Basques. Although Biarritz is actually in France, it is part of the Basque coastline mentioned above. Combine it with a visit to Spain to surf all the biggest Basque waves. June and July are the best times for beginners.

Vibe: Italy isn't known for big waves, but Varazze is an exception. Just north of Genoa, the town is frequently visited by Italian and French surfers. And, it's one of the few spots you can surf once the sun sets thanks to floodlights that illuminate ocean waves from a nearby jetty. The best waves are found in winter, with smaller swells in autumn and spring.

Vibe: Cornwall is the place to be for U.K. surfers. Fistral has smaller swells for beginners in the summer and larger breaks for experts come winter. The cliffs and village at Sennen Cove are picturesque, offering some other options besides surfing the year-round waves. And, you can surf in almost any tide at Watergate Bay, which is often sheltered from strong winds during high tide. Porthleven on the southern coast is ideal for expert surfers, just beware of rocks, especially at low tide.

Vibe: Ireland is another country with immense options for surfers. However, many of the best spots are for experts. That's why TPG chose Achill Island because the small-to-medium-sized waves are great for beginners or intermediate surfers — you still have to be careful of riptides, though. Keel Beach is one of the most popular surfing beaches, with surfable waves year-round.

Vibe: Sweden's west-coast region Halland is home to some of the country's best surfing, including the "Swedish surf capital," Varberg. Apelviken is Varberg's most popular spot for surfers of any level. Even though the water temperature is much colder (wet suits are essential), it has a sort of "aloha, dude" vibe. Windsurfing and kitesurfing are also extremely popular in the region.

Related: Why you should go to Sweden instead of Norway

Vibe: Poland may not be the first country that comes to mind when you think of surfing, but those Baltic Sea swells are larger than life. The low-salt water ensures quicker-moving waves, and autumn and spring storms make for the best surf conditions. The most picturesque area with the best waves is the Hel Peninsula, where you can also kite and windsurf.

Vibe: Greece's calm waters aren't known for huge waves, but Kolimvithra Beach on the north side of Tinos has a far-flung feel and some windy swells. The waves are best in summer (July and August) when the Meltemi wind blows in. And if you wipe out, you won't have to worry about jagged rocks as the waters are sandy, not rocky. Combine your surf vacation with a trip to Mykonos, which is just a short ferry ride away from Tinos, since you'll have to fly there first anyway.

Closest airport: Mykonos (JMK) and then a ferry to Tinos Island.

A note on kite and windsurfing

Europe has many spots for alternative surfing, too. Spain's Canary Islands, especially Flag Beach in Fuerteventura and El Médano in Tenerife are some of the best. And Andalusian destination Tarifa is also ideal thanks to high winds. Sardina, Italy, has some excellent wind conditions for windsurfing, as do French spots like Leucate, La Torche or the island of Corsica in France. Closer to home, Rhosneigr is a popular spot in Wales.

If you've already hopped over to Hawaii and ridden the waves in Australia, check out the surf scene in Europe. The continent has many destinations for budding surfers and advanced riders alike. Plus, many of these destinations have (or are close to) hiking spots, beautiful villages and cosmopolitan, historical cities filled with culture, cuisine and more, ensuring you have plenty to do post-surfing. Whether it's July heat of Tinos, Greece, or chilly autumn breaks in Sweden, there's always a time and place to surf in Europe.