Trip-Spiration: 5 Reasons You Need To Visit The Azores ASAP

Articles
Lori Zaino is a writer for TPG and TPG UK covering travel, news, points and miles and more. She's been based in Madrid, Spain almost 15 years and is an expert in travel throughout destinations such as Europe, Southeast Asia and Africa.
Follow
March 08, 2018
•
5 min read 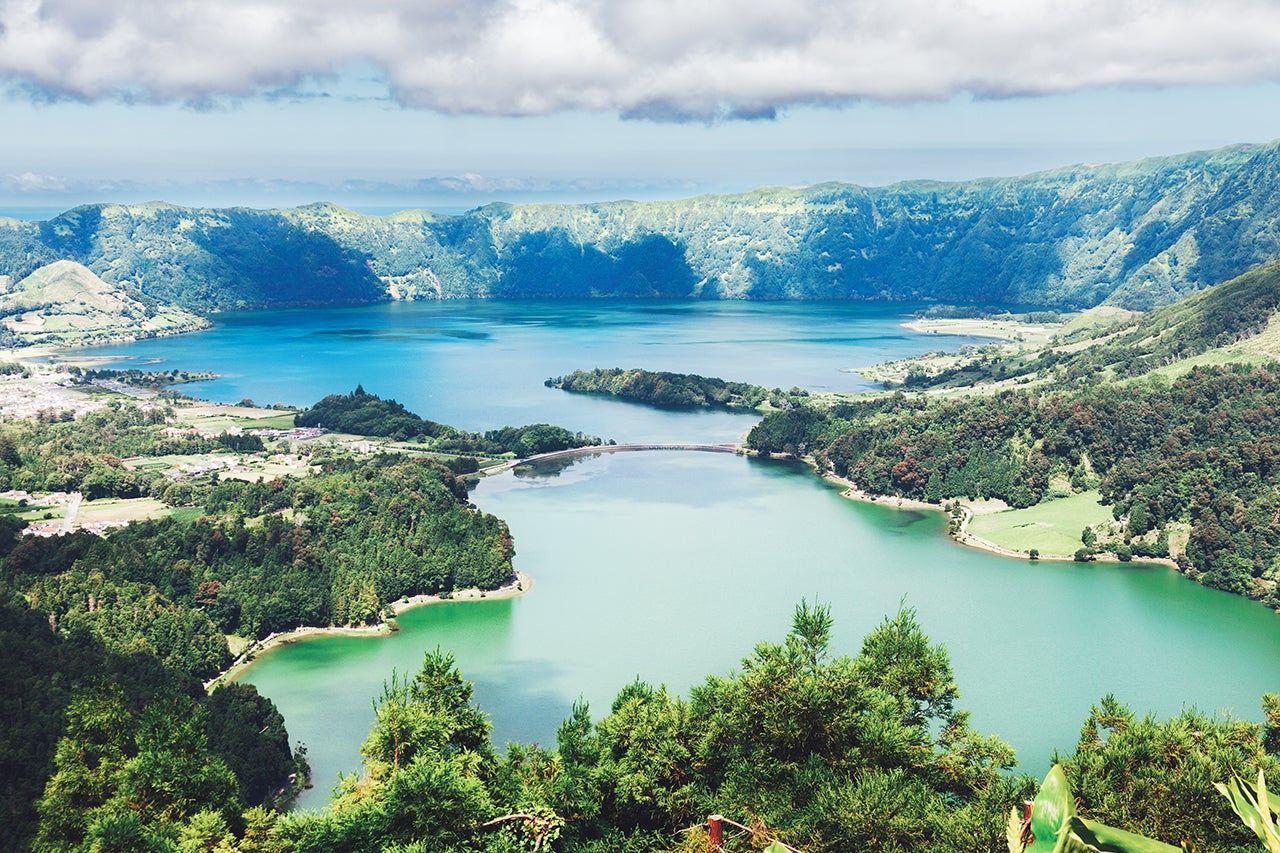 Now is a great time to go, as Delta is offering cheap fares from a number of US cities to the Azores, with fares from $400 round-trip.

The Azores, an archipelago of nine volcanic islands belonging to Portugal, came in at number one on the TPG list of must-visit destinations to visit in 2018. What's so amazing about these islands in the Atlantic anyway? Read on to find out why they should be on your list to visit in 2018.

The Azores are close to both Europe and the US

The Azores are located about 3/4 of the way to Europe from the Eastern coast of the US. Just under 1,000 miles from mainland Portugal, the islands are easily accessible from both the US and Europe, meaning you can combine a trip to Portugal or Spain with a stop in the Azores.

Arrival will soon be easier

The ideal time to visit in 2018 is after May 24, when Delta begins operating a flight five times weekly to Ponta Delgada (PDL) from its hub at New York-JFK. The route joins the only other nonstop service to and from the US on Azores Airlines from Boston Logan (BOS).

If you want to fly Azores Airlines, great news: you can now fly a brand-new Airbus A321neo instead of the ancient A310s the airline used to fly to Boston. You can try out the new aircraft between the two cities four times per week until March 25, when flights increase to six times per week. Clearly, between these new planes and the Delta route, spring and summer is the time to go!

Expect a paradise for the outdoorsy

Regardless of what activities you're into, if you love being outdoors, the Azores is a dream destination. It's known for whale watching and has excellent snorkeling and diving too. Biking or hiking around some of the villages, hills, cliffs and beaches is the best way to explore. Speaking of beaches, there's plenty of them on the nine different islands. Some are rocky and many have black sand — and get ready for some sweet waves if you plan to surf.

The Poça da Dona Beija or Terra Nostra hot springs on the island of San Miguel offer the ultimate relaxation: outdoor, geothermally heated pools of groundwater coming from the Earth's crust. Although they might smell a bit funky because of the iron in the water, bathing in these is actually great for your skin.

So many spectacular landmarks

The Azores have no shortage of breathtaking spots to check out. One of the most incredible is a giant volcanic crater that spans three miles, named the Sete Cidades. Speaking of volcanoes, don't miss the Algar do Carvão, Portuguse for "the cavern of coal," a 300-foot deep volcanic chimney that dates back over 3,000 years. Mount Pico is a volcano rising almost 8,000 feet above sea level, the highest peak in Portugal.

Visiting the Gorreana Tea Plantation is a must, as it's the oldest (and now only) tea plantation in Europe, with its massive green rows of tea. You can also have tea tastings there.

Foodies will delight in different cuisine found on all the islands of the Azores, but a fan favorite is definitely the cheese made on the island of São Jorge. This famous cured cheese, which has the same name as the island, is made from unpasteurized cow's milk, has a tangy flavor and boasts a texture similar to an aged Parmesan.

Seafood is popular on the islands, but not codfish like you may find on mainland Portugal. Instead, expect tuna, wreckfish and parrotfish on the menu, as well as octopus and deep-fried mackerel and eel.

You can't leave the Azores without sampling what may be their most famous and unique dish: Cozido das Furnas, cooked by volcanic rock and steam. The hearty mixture of blood sausage, chicken, pork, beef, potatoes and veggies is topped with volcanic salt, put into a pot, covered with a cloth and buried in the volcanic soil. When dug up later that day, voilà — the mixture has been cooked by the furnas (furnace) of the hot volcanic underground geysers.

The best time of year to go is between May and September, when it's warm and dry. This is perfectly timed with the new Delta route launching at the end of May. Although temperatures are often mild-year round, you may have rain during other times of year. Plan to check this site for listings of festivals and events throughout the year across all the Azores if you'd like to experience more of the local culture and celebrations.