Island Hopping in the Azores 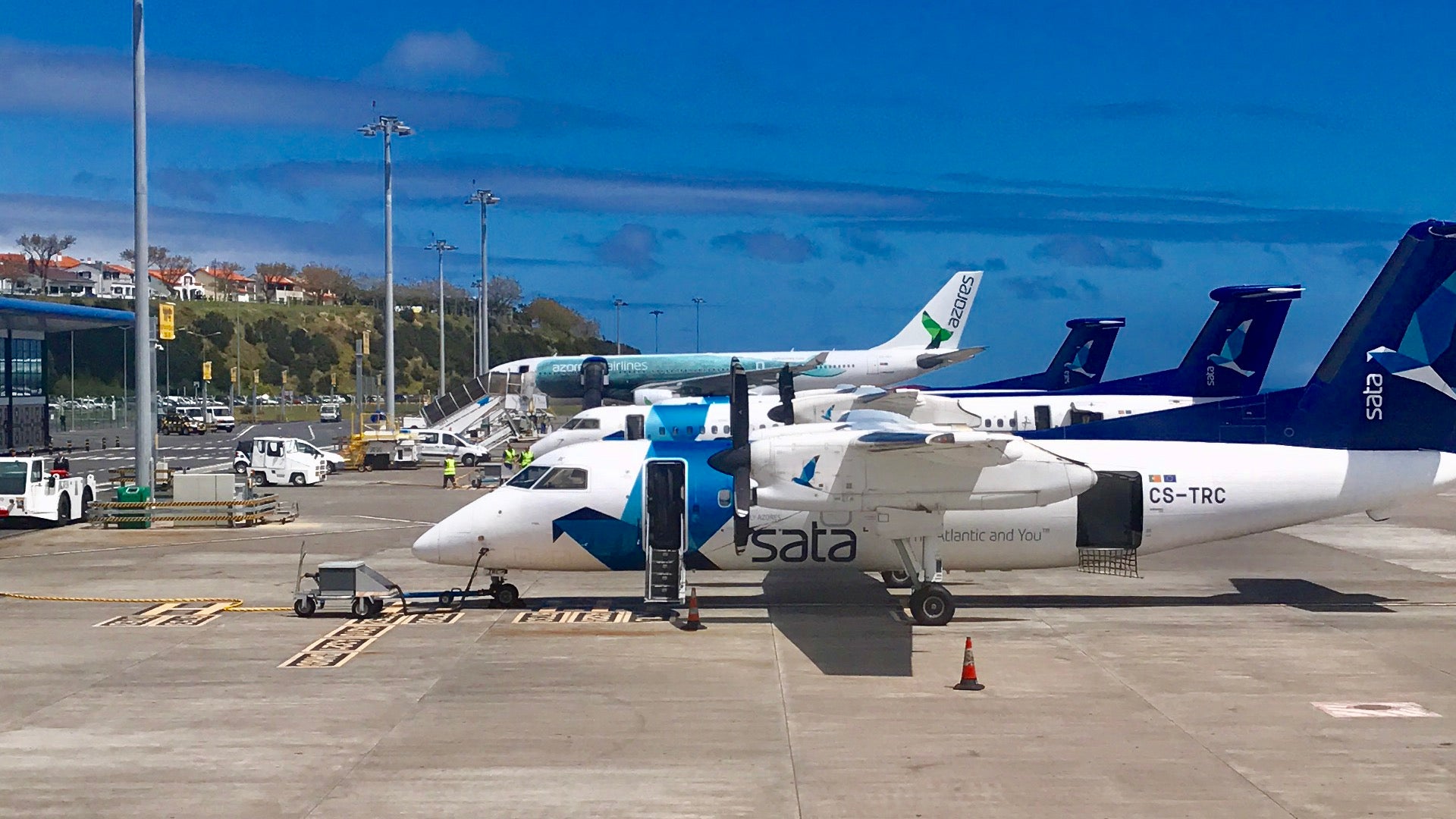 The Azores are a beautiful group of islands in the heart of the Atlantic Ocean, accessible via nonstop flights to Ponta Delgada (PDL) from various parts of the US, Canada and Europe, including Boston (BOS), Toronto (YYZ) and Lisbon (LIS).

Ponta Delgada is located on São Miguel Island, one of the larger islands of the Azores, but access to the other islands is easily available thanks to Azores Airlines' island hopper commuter flights, which mostly take place on Bombardier Dash aircraft.

The carrier is owned by the SATA group, which owns two airlines: Azores Airlines, which flies international routes from the Azores on Airbus aircraft, and SATA Air Açores, which operates the regional flights, connecting the islands within the Azores.

I joined the crew on an early morning flight between Ponta Delgada (PDL) on São Miguel Island and Santa Maria island. There are two flights a day, one in the morning around 6:30am, and the other in the evening around 5:00pm. The aircraft spends around 30 minutes on the ground at Santa Maria before retuning to Ponta Delgada on Sao Miguel Island. Tickets for the flight are mostly bought via the local ticket office on various islands in the Azores, and usually cost about 50 euros (~$56) each way.

The flight between Ponta Delgada (PDL) and Santa Maria (SMA) is operated by a Bombardier Dash 8 Q4OO aircraft.

These planes are young and were only delivered from the Bombardier factory in Canada about seven years ago.

A turboprop aircraft is perfect for island hopping, thanks to its ability to land on short runways.

Seats in this island-hopping aircraft are arranged in a 2-2 configuration.

The blue SATA bird logo is featured on the headrests of each seat.

The flight between Ponta Delgada (PDL) and Santa Maria (SMA) is one of the world's shortest commercial flights, at roughly 12 minutes. I joined the Azores crew in the flight deck for this short flight and the views were incredible! By 6:30am local time, it was time to take off.

Here's a look at some of the views during the "cruise," which only lasted about five minutes. We reached a maximum altitude of 9,000 feet, which we maintained for a few minutes before initiating our descent.

After just 10 minutes in the air, we were on final approach to Santa Maria (SMA), one of the smallest islands in the Azores. Flying conditions were great; it can be a little turbulent in the Azores because its location is so remote in the Atlantic Ocean, while landings can be a little tricky since crosswind conditions are frequent. On this particular day, it was smooth with great visibility.

Here's the view of our final approach, with the runway in sight. It's a typical Azorean airport, where the other side of the runway is a sheer drop, meaning there's little room for error.

After 12 minutes, we were on the ground in Santa Maria (SMA) and the aircraft was already being prepared for the hop back to Ponta Delgada (PDL).

I can't think of a better way to spend 12 minutes of my morning than island hopping in the Azores.

Have you ever flown on such a short commercial flight? Tell us about it, below.