Why Every Family You Know Is Flying to Portugal — And Why You Should, Too

Articles
Jennifer Yellin is a contributing writer to The Points Guy where she focuses on family travel. She is also the founder of Deals We Like where she helps her readers travel on a deal.
Follow
July 30, 2019
•
10 min read 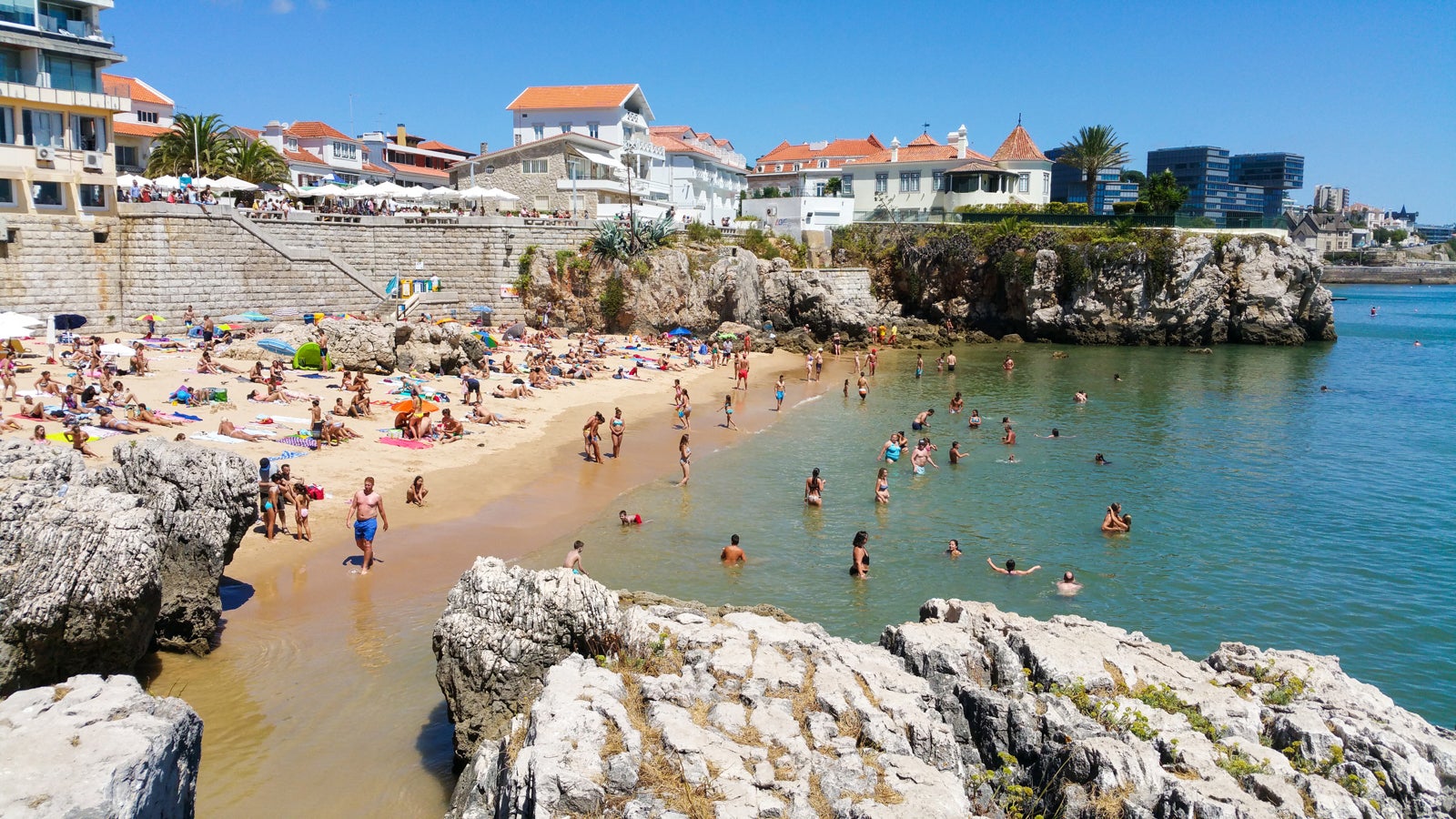 If your circle of friends travels, there's a good chance that within the past few weeks, you've probably talked to someone who is planning a trip to Portugal, or just returned from there, and you might be saying to yourself, "Why all the buzz?" From firsthand experience, there is one simple reason: Portugal is awesome. But, so are many other places. A few years ago, it seemed like Iceland was the talk of the town, but now Portugal has taken over as the hot European destination.

So, why are families flocking to Portugal?

Portugal is one of those countries that has it all, and many tourist destinations are close to one another. A flight into Lisbon will put you within a 30-minute drive, at most, to either the beach or the city. This means a trip to Portugal can easily include a few days at the beach and time in the city, all while embracing Portuguese culture.

With everything centrally located, you also don't need to rent a car. You can park yourself either at a hotel near the beach or in the city and then take the train for the day between the two. Or, you can split up your time among two different hotels to fully separate your vacation. Alternatively, you can also venture away from the Lisbon area and in just a few hours you can explore the beautiful beaches of the Algarve.

Portugal is one of the closest European cities to the United States. This means you can hop over the Atlantic and be in the Azores in as little as four hours or Lisbon in six hours. For those in the Northeast, it takes pretty much the same time to fly cross-country to California as it does to Lisbon, and even less to the Azores. Why stay within the US, when you can experience a totally different country in the same amount of time?

Not only that, both Portuguese-based airlines, TAP Air Portugal and Azores Airlines, allow a free stopover in either destination. That means you can make a pit stop in Portugal for a few days and then continue on to another location within Europe for no extra cost. This is a great way to tack another country on to your trip, or explore both the Azores and the mainland in one vacation. Note: TAP Air Portugal allows you to spend up to five nights, while Azores Airlines allows up to seven nights.

Related: Using Points and Miles to Fly to Europe

More and more airlines are also realizing that Portugal is a desired destination and are increasing their presence. For a while, TAP Air Portugal was one of the very few airlines offering service, but that's changing.

Lisbon is on the Iberian Peninsula by the Tagus River. With nonstop options from eight airports on four different airlines, it is pretty easy to get to Lisbon. TAP Air Portugal has the biggest presence as it just added three new routes this past June. You can now fly nonstop from Boston, New York (JFK), Newark (EWR), Miami, Chicago, San Francisco and Washington, DC (Dulles).

Wine lovers tend to head to Northern Portugal, where Porto -- about a three-hour drive from Lisbon -- is situated along the Douro River. Although not quite as easy to get to as Lisbon, if you live in the New York metro area, you are in luck with a few different nonstop flights to Porto. TAP Air Portugal flies from Newark (EWR) and just last year Delta added service from New York (JFK).

The Azores in the North Atlantic Ocean is composed of nine islands approximately 850 miles west of the main land of Portugal. It is significantly closer to the United States and nonstop flights are ramping up. To get to Ponta Delgada (PDL), you can fly Delta from New York (JFK) or Azores Airlines from Boston. Ponta Delgada Airport is on Sao Miguel, which is the largest island in the Azores.

One big issue with traveling to Europe, especially Western Europe, is that it can be incredibly expensive -- especially for a family that has to deal with strict hotel occupancy limits. Fortunately, Portugal is comparatively inexpensive. I personally thought the prices were even less expensive compared than what I'd pay in the US. This includes grocery store runs, dining out and even hotels.

For example, we booked a two-bedroom, two-bath villa at a gorgeous resort in the Algarve in June for less than $300 a night. This same type of hotel room at a comparable property in the US or Caribbean would have cost at least $100 more a night during peak beach season. A family could also rent an amazing three-bedroom Airbnb with a pool, near the beach, for just $250 a night. (Here are some tips for families using Airbnb.)

If paying cash for your lodging, be sure to use a credit card that rewards you for travel spend. For example, get 3x points on travel purchases with the Chase Sapphire Reserve.

Dining out also while delicious, did not break the bank, which is so nice while on vacation. I hate going to Caribbean destinations where the only dining options are at the hotel restaurants and you are forced to pay $100+ for a family of four to eat a mediocre meal. In Lisbon, for example, we paid just 37 euros for a decent sit-down meal for the four of us. Of course the kids went simple with a bowl of pasta, but were spoiled with ice cream afterward. Even my local order-at-the-counter lunch place down the street at home costs about that amount.

We paid $67 for five days of car rental and an Uber to the airport from our Lisbon hotel was just $9.

Many Hotel Options With Points

Of course, planning an awesome European vacation for those in the miles and points world often comes down to the points. Fortunately, there are many opportunities throughout Portugal to use your hard-earned hotel points. Most of the major hotel chains are present in Portugal, so you cash-in those points from Marriott, Hilton, IHG and Hyatt (now with the SLH partnership). Unfortunately, like many European properties, not all properties are built for families, but there are a select few that can fit a family of four on points. Even if you need to book two rooms, those two rooms will likely cost fewer points than throughout most of Europe.

Hotels in Portugal are also relatively inexpensive on points and cash. For example, the InterContinental Lisbon is only 40,000 IHG Rewards Club points, which means you can use your free night certificate from the IHG Rewards Premier Credit Card (Note: Using a free night certificate or points will book you into a room that can fit three guests). For comparison, many other major European cities with an InterContinental hotel requires you to redeem 70,000 IHG points a night.

There are also many opportunities to use your annual Marriott free night certificate (capped at a hotel costing 35,000 points) that comes with both the Marriott Bonvoy Business® American Express® Card or Marriott Bonvoy Boundless Credit Card. Between Lisbon, Sintra and Cascais, there are six Category 5 properties (costing 35,000 points a night). While these properties have a strict occupancy limit of two or three guests, you can book two rooms, using your certificate and points for the other. You can also contact the hotel directly and see if it offers a discount if you are booking a second room (sometimes available for paid reservations).

Portugal checks a lot, if not all, of the boxes for an ideal family vacation. It has a great mix of beaches, city, culture and, of course, amazing food with a very welcoming local population. As far as Europe goes, you get a real value for your dollar when visiting. It's easy to see why people can spend many weeks exploring this country and we have every intention of returning in the near future.

Read more about planning a vacation to Portugal: