Why the Lisbon Coast Is Europe's Next Hot Spot 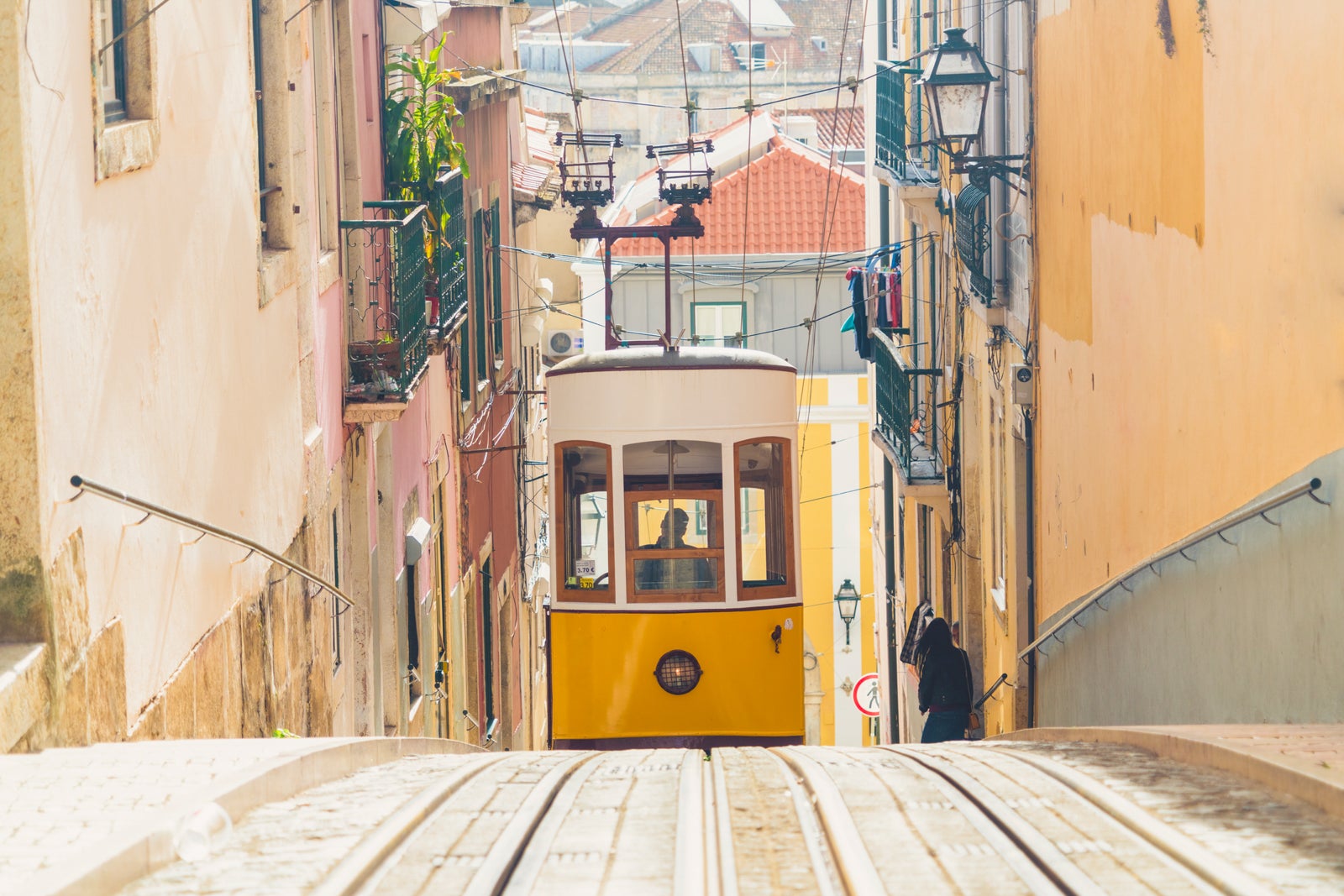 Portugal swept the World Travel Awards in 2019, snagging the title of Europe’s Leading Travel Destination for the third year in a row and capturing 39 wins in all. Lisbon, Portugal's capital, was named the top city break destination -- the place to go for a short European holiday or long weekend break. With more nonstop flights from the US, it is now easier than ever to get there. In June, TAP Air Portugal added nonstop flights from San Francisco (SFO), Chicago O'Hare (ORD) and Dulles (IAD) in Washington, DC.

A short train ride from Lisbon is the Cascais-Sintra-Estoril resort region, a historic retreat for royalty edged with golden beaches and known as Portugal's Riviera.

Portugal's Riviera has long been a favorite retreat for European royalty, from the king of Portugal to exiled royals from Spain, Italy and elsewhere. As a result, there are palaces and grand mansions, golden-sand beaches and architecturally stunning buildings -- reminders that tiny Portugal once ruled colonies in India, China, Africa and Brazil.

Sintra, an enchanting small town full of palaces and mansions and a UNESCO World Heritage Site, was the favorite summer home of Portugal’s kings for centuries, because of its cooler location near the coast. The legacy of Sintra's wealthy visitors includes the Pena Palace, a fairy-tale red and yellow 19th-century palace crowning a hilltop; Quinta da Regaleira, the wedding-cake villa owned by a Brazilian coffee tycoon; Monserrate Palace, the ornate Moorish-Gothic-Oriental mansion of a British merchant with plantings from around the world, and the ruins of a 10th-century Moorish castle.

The Sintra National Palace features 15th- and 16th-century azulejos (hand-painted tiles, a craft of Moorish origin) on walls and ceilings, two ornately-carved ivory and bone pagodas with nine pavilions, an 18th-century gift from Macau, China (an ex-colony). One ceiling in the palace is adorned with swans wearing gold necklaces and there is a chapel with a Moorish-inspired latticework ceiling, dating back to the 15th century.

Cascais is a former fishing village, where the aristocracy built their grand summer villas. Whitewashed houses with orange roofs dot the landscape. The Condes de Castro Guimarães Museum displays 17th-century furnishings and cabinets made of ivory and teak from Goa, India. The Casa de Santa Maria Museum (where Italy’s last king plus the Duke and Duchess of Windsor once stayed) has walls covered in 17th-century azulejos.

Also in Cascais is one of Europe’s biggest casinos, the Casino Estoril, said to have been frequented by spies and royal refugees during World War II, which also inspired “Casino Royale,” one of Ian Fleming's James Bond novels.

The towns are linked by a coastal highway along the Atlantic with a promenade and bike path known as Marginal Road from Estoril to Lisbon. The coastline features miles of beautiful cliffs and beaches: Guincho, Tamariz, Grande, São Pedro, Carcavelos and Adraga -- some of them sites of surfing championships. Nearby is the westernmost point in mainland Europe, Cabo da Roca, and Boca do Inferno (Hell’s Mouth), which are known for powerful waves that crash against caves and cliff formations.

The Farol Hotel in Cascais sits right by the ocean. Its glamorous design includes black walls with white trim, floor-to-ceiling glass windows in a modern wing grafted onto a mansion once owned by a count. Other design flourishes include floral chandeliers by Dutch designer Marcel Wanders, guest rooms styled by Portuguese fashion designers and the faces of Marilyn Monroe, Brigitte Bardot and other stars on armchairs. Its restaurants and bars (a jazz band plays on Thursdays) are all next to the Atlantic, but Bar on the Rocks, a curtained pavilion, is inches away from the water.

Palacio Estoril is a grand hotel where Allied spies stayed and socialized in Estoril during World War II. It has a bar where Fleming, then a British Naval Intelligence officer, drank with a Yugoslav double agent and playboy. The setting inspired the James Bond series. Across from Casino Estoril, the 156-room hotel was featured in “On Her Majesty’s Secret Service.” Its current deputy hotel concierge handed Bond his room key in the 1969 film.

The property is a member of Small Luxury Hotels of the World. It's currently one of the SLH properties where you can earn and redeem World Of Hyatt Points. World of Hyatt members also get free breakfast and Wi-Fi. Palacio Estoril is a category 6 property, which means you can redeem 25,000 World of Hyatt points for a free night.

Tivoli Palácio de Seteais in Sintra, a Neoclassical palace built in 1787 for the Dutch consul, is nestled in the countryside with views of Pena Palace and the ruins of a Moorish castle. Old World grandeur prevails. Frescoes, tapestries and 18th-century antiques adorn the interior, along with a victory arch honoring a royal visit long ago. Thirty guest rooms decorated with silk drapes and marquetry-inlay headboards have all modern amenities. Madonna lived there before buying her house in Lisbon. The hotel is a member of Leading Hotels of the World, so members of the Leaders Club can earn and redeem loyalty points here.

A golf resort on a 270-acre estate within Sintra-Cascais Natural Park, Quinta da Marinha has 188 rooms and 10 suites (all with a balcony overlooking mountains or its 18-hole golf course), a health club and spa. It also offers free shuttles to Cascais or Cresmina Beach.

In the same park, a Ritz-Carlton golf resort, Penha Longa, has eight restaurants, from Arola for tapas and Michelin-starred LAB (both from chef Sergi Arola) to Michelin-starred Midori for Japanese food. Penha Longa is a category 5 property in the Marriott Bonvoy program, which means you can score a free night here starting at 35,000 points per night.

O Pescador, a fisherman’s tavern in Cascais filled with ship lanterns, is the spot for paella heaped with lobster, shrimp and mussels, or shrimp in a garlic-ginger piri-piri sauce. Everyone from Mick Jagger to Spanish royals has dined here since it opened in 1964.

Panorama, a contemporary-style seafood spot on Guincho Beach in Cascais, was named Portugal’s best seafood restaurant of 2019 in the Travel and Hospitality Awards in the UK. Ultra-juicy fish salt-baked in a bread crust and local lobster are specialties.

Reserva da Villa is a lovely stone mansion built in the French Empire style in Cascais center and much of the hotel interior is decorated in shades of blue. Portuguese wines are dispensed from Enomatic wine machines, and the hotel restaurants serve Portuguese and international cuisine.