Articles
Summer Hull , aka Mommy Points, ran the Mommy Points site for families who want to travel more for less using miles and points for seven years. She now heads up a variety of special projects at TPG when she isn't exploring the world with her own two girls.
Follow
Sept. 26, 2018
•
8 min read 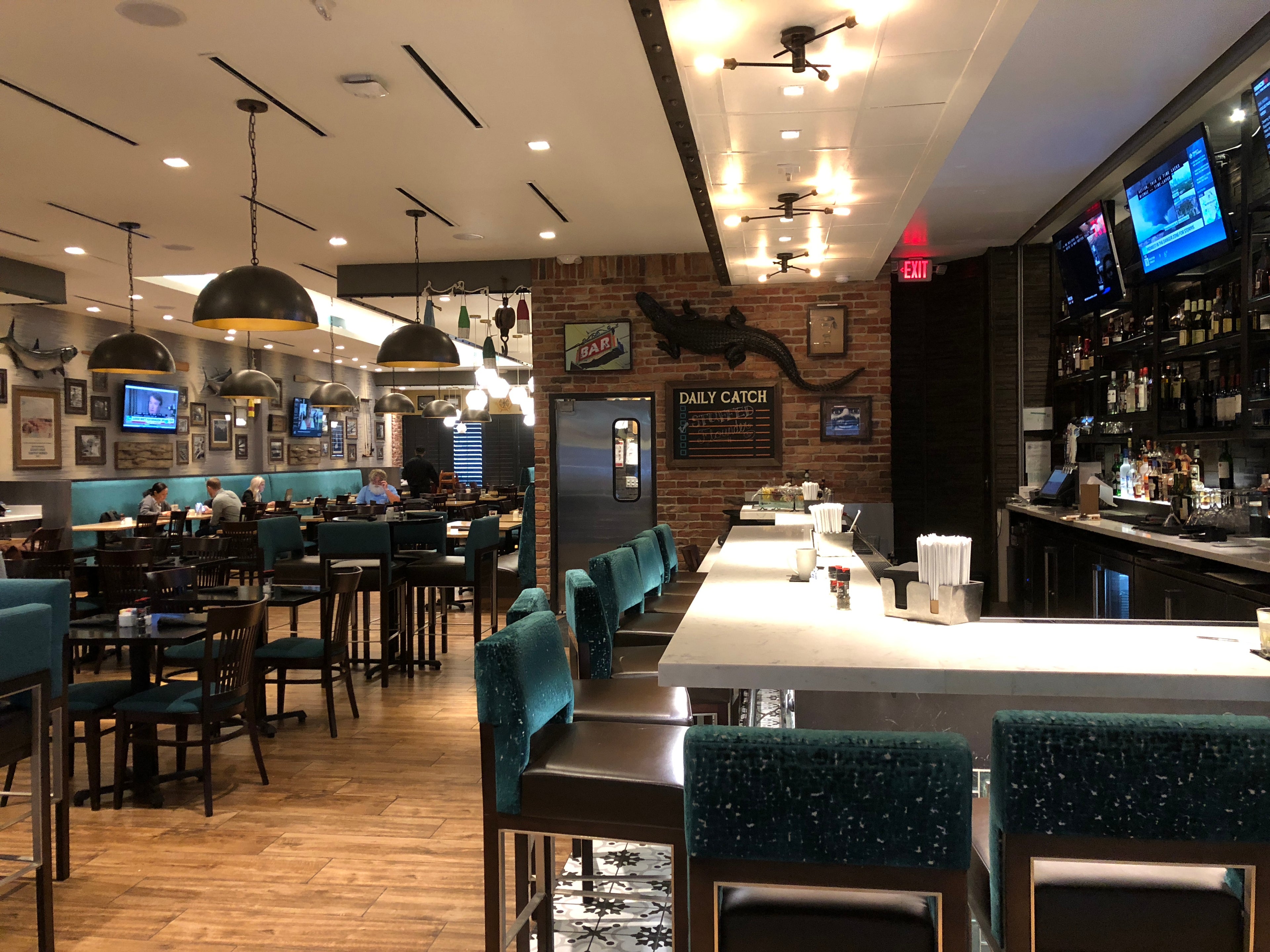 It can cost a lot to feed a family in transit, especially at an airport. You can save money (and probably eat healthier) by packing food and refillable water bottles from home, but I've come to accept that I am never going to be the parent with neatly prepared travel bags full of meals and snacks. I envy those extremely organized and prepared people, but I'm just not one of them. However, I am the parent with a cell phone, credit cards, some cash (if I'm lucky) and multiple travel perks at the ready. I have lots of ways to feed my family at the airport without spending very much cash, and without having to pack meals from home.

Historically, my best trick to feed my family in the airport for less was to visit lounges, such as the Amex Centurion network of lounges, thanks to my Platinum Card® from American Express. Given how many of us there are and how frequently we travel, the card more than pays for itself. Visiting lounges for snacks and meals (and family rooms!) is still a very viable strategy, but there's a newer option that works even better than traditional lounge visits in some cases.

The Priority Pass network of lounges and perks has been expanding to include airport restaurants for the past couple of years. At first, the number of domestic participating airport restaurants was small, but in recent months, the list has been growing -- and growing. In fact, there are now 28 restaurant located lounges in 20 US airports (full list found below).

Much to my own family's delight, there are now two participating restaurants in our home airport of Houston Intercontinental (IAH). This means that we can now use our Priority Pass membership to eat a real, hot meal in the airport for no out-of-pocket cost, other than the tip.

If you fly United through or from Houston, you have probably seen Landry's in Terminal C near gate C42. If not, know that Landry's is actual real, good food. This is not fast food, but a sit-down restaurant open from 6am - 10pm serving seafood, steaks, pasta, salads, drinks and more. Normally, this is not a restaurant I would eat with at my family at the airport as it is pretty pricey. For the most part, this is the kind of place you eat at in an airport when you are on someone else's dime.

Breakfast at Landry's at IAH Thanks to Priority Pass

This morning I stopped in Landry's before a flight out of IAH to make use of my $28 credit and ensure the process was up and running before encouraging others to enjoy a meal.

There weren't very many guests dining at Landry's at 8:30am on a Tuesday, but there were a few. My breakfast almost ended as soon as it began as I had hoped to grab my food to go so I could eat on the plane. When using Priority Pass at airport restaurants, I highly recommend confirming it will work before ordering your food. In this case, that saved me as the waitress said that they do offer to-go items, and they do accept Priority Pass, but you can only use Priority Pass for dining in. She presented this as a firm and non-negotiable stipulation.

So, with not very much time to go until boarding, I ordered both a yogurt parfait ($7.60) and breakfast tacos ($9.40), and then crossed my fingers that the kitchen was feeling speedy this morning.

The yogurt parfait with strawberries, blueberries and granola was out within minutes. It tasted a little bit on the plain side (which probably means it was healthy), but for the price of $0 to me, it was absolutely great.

The breakfast tacos took 12 - 15 minutes to come out, but boy were they piping hot and fresh. So hot, in fact, I might have burned my mouth trying to eat them quickly. Lesson learned -- buffer extra time to stop by Landry's!

This entree was not just the two breakfast tacos made of eggs, cheese and bacon as the menu indicated, but also included a side of potatoes and pico. Combined with the yogurt, this was more than enough food to share with at least one of my kids, if not both of them. I certainly didn't come close to finishing it all by myself.

Thankfully, given my looming boarding time, the meal was processed and paid for via Priority Pass long before I finished eating, which meant I could run out as soon as I decided to call it quits. I signed a form or two, and since my meal came to a total of $18.40, I was well under the $28 limit. Unfortunately, you cannot use any remaining credit towards a tip, so be sure and add a tip to another card or plunk down some cash, which is what I did today.

If you transit through IAH's Terminal C, popping into Landry's for a meal courtesy of Priority Pass is a wise move. However, even if you don't make it to IAH, I still strongly advise to utilize Priority Pass and their growing network of airport restaurants since it is a tremendously easy way to keep food costs down when you travel with a family.

List of Priority Pass airport restaurants in the United States

Each of the restaurants listed below provides Priority Pass members (and guests) $28 - $30 in food and drink.

How to get Priority Pass access for your family

The rules vary by card and restaurant, but many versions of Priority Pass access include up to two guests, so a family can end up with $84 in food and drinks at many locations. Even at airport prices, that should be plenty to feed the whole crew if you order wisely!

Related stories
What are points and miles worth? TPG’s December 2022 monthly valuations
Capital One Venture X to lose Priority Pass restaurants and spa services as of Jan. 1, 2023
December 2022
Current Hyatt promotions: Bonus points on stays and dining plus double stay credits
Featured image by Inside Landry's at IAH