Articles
Summer Hull , aka Mommy Points, ran the Mommy Points site for families who want to travel more for less using miles and points for seven years. She now heads up a variety of special projects at TPG when she isn't exploring the world with her own two girls.
Follow
April 23, 2021
•
8 min read 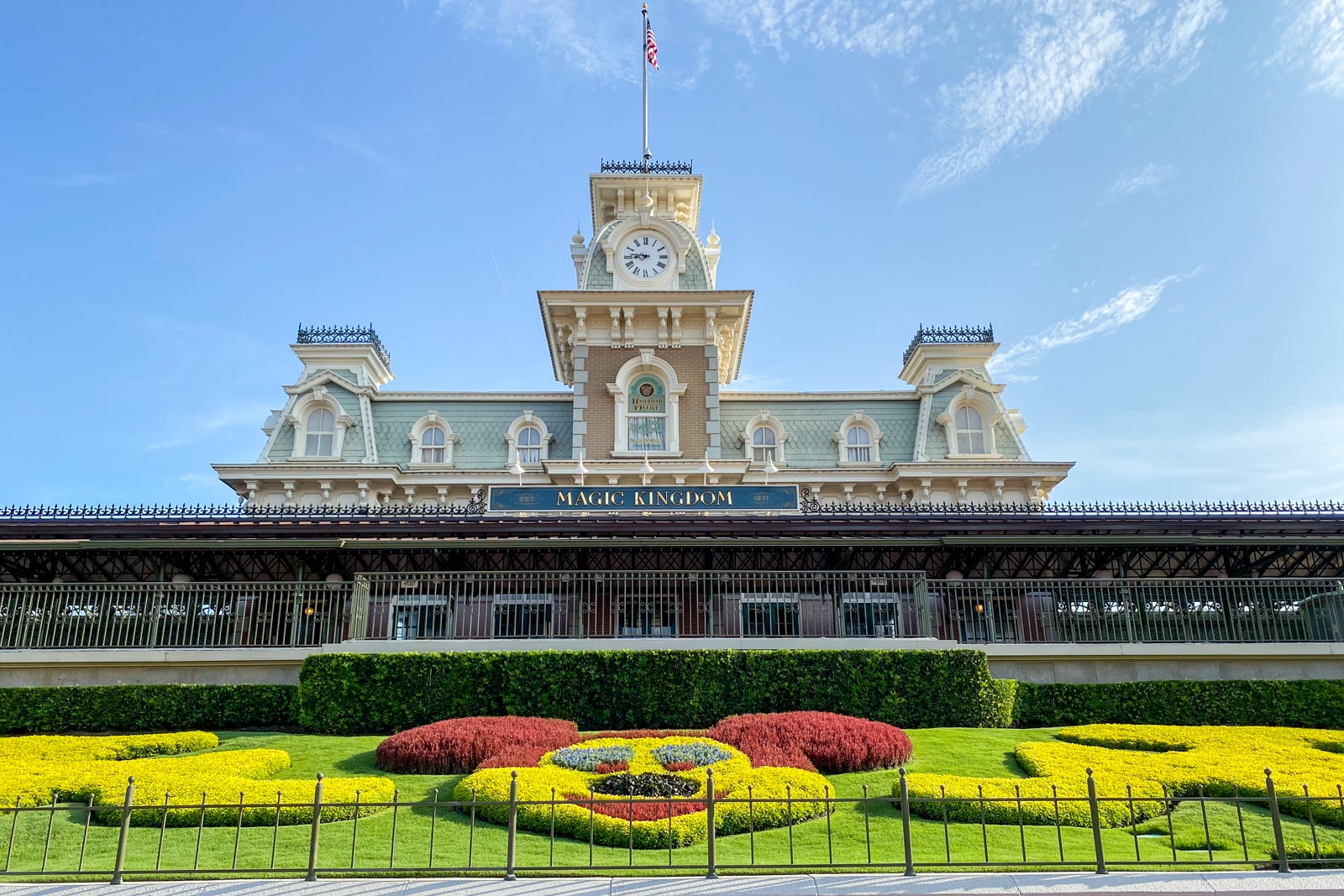 You've bought Disney World tickets, carefully researched and reserved character dining meals, ordered a Magic Band, booked the best Disney hotel, ensured you have cute coordinating Mickey masks and T-shirts and then ... you find out you can't actually enter the gates of the most magical place on earth even with a valid admission ticket.

The problem? You missed the crucial step of making Disney Park Pass reservations.

Unfortunately, this is a story we're hearing more and more as demand for a Disney World vacation increases while capacity restrictions remain in place.

We're seeing Park Pass reservations to get into one of the four Walt Disney World theme parks completely sell out more than a month in advance. We've even heard stories of families getting all the way to the physical gates of the Magic Kingdom only to realize they can't use their purchased tickets to enter since they didn't make a reservation for a specific park that day.

Here's what you need to know about the park entrance supply-and-demand situation going on at Disney World and why that's leaving some folks outside looking in.

Since Disney World reopened in July 2020, it has required not only a theme park ticket but also a Park Pass reservation to enter one of the four theme parks. Disneyland will use a similar system for its two parks when it reopens.

For the first few months of Disney World's reopening, you could only visit that theme park you had a Park Pass reservation for that day as no multi-park access was permitted. However, as of the beginning of 2021, those with Park Hopper tickets can visit additional Disney World parks that day beyond their designated park starting at 2 p.m., as long as they visit the designated one first. This park hopping can be hampered on high-demand days, but it is often possible.

While Disney has slightly relaxed some COVID-19-era precautions in recent months via increasing capacity in the parks, filling more rows on individual attractions and now allowing masks to be removed briefly for outdoor photos, Park Pass reservations are still very much required. In fact, you can book them all the way into early-2023 and all signs point to them sticking around even after other pandemic-related requirements dissipate.

At first, this step was a formality more than an actual problem as demand for Disney World wasn't as high as it is now. Additionally, anecdotally it is likely that many of those who took trips back in the early months were more Disney-diehards who closely follow the park news and make frequent trips.

Now, we are likely getting to the point where there are more occasional Disney visitors who perhaps had trips delayed last year and are now ready to make the journey. This group may not follow all the nuances that come out of the Disney Parks as closely as the first round of visitors to return. And if you haven't been since the July 2020 reopening, this is a step you wouldn't have ever seen before.

Related: What it was like at Disney World on reopening day

Disney Park Pass bookings are filling up months in advance

I'm about to take my third post-reopening trip to Disney World and can say that, by far, Park Pass reservations are more scarce now than ever before.

This isn't just a case of the hottest park (currently Disney's Hollywood Studios) having limited availability on your dates -- but all four parks may be totally sold out.

Elisa Guerrero, a mom of four who had flights and a hotel booked for her family for a few days in mid-May, recently spoke to TPG asking for tips to get into Magic Kingdom for at least one day during their trip as Park Pass reservations were already sold out.

I had hoped to be able to tell her she should just get any Park Pass reservation she could for the mornings and then head to Magic Kingdom on a Park Hopper ticket in the afternoon. Unfortunately, looking at her dates, most of them already have no parks available at all, even though they are almost a month out still.

Even if you look at the availability specifically for guests staying at a Disney resort, a category with its own availability bucket, it wasn't any better.

As of the writing of this story in mid-April, there's no Park Pass availability for the Magic Kingdom until June 19. That's 58 straight days of a sell-out.

The outlook for Hollywood Studios is worse with no availability for the next 71 days unless you have an annual pass. And, unfortunately, you can't just decide to buy an annual pass to access that third bucket of Park Pass availability even if you wanted. Currently, Disney World annual passes are only available for renewals, not new sales. Disneyland has stopped its annual pass program entirely.

Related: Should you go to Disney World right now?

What you should do

The best way to avoid a problem is to buy your Disney World tickets well in advance and then immediately make Park Pass reservations.

Waiting will almost certainly not result in cheaper park tickets and may result in not being able to get in at all. The way things are going now as we head to summer, you should be doing this at least three months before your trip, but sometimes even farther out than that.

If you don't want to mess with learning all the ins and outs of Disney World these days, leveraging the services of a Disney Vacation planner is also a really good idea. This shouldn't add to your cost as they get a commission from Disney, but it should reduce the likelihood you make a crucial error.

While availability for Disney World Park Passes is still generally very good as long as you are looking at least 2.5 months out, there are exceptions to that guidance. For example, Oct. 1, 2021, has been sold out at the Magic Kingdom already for months as that is the parks' 50th anniversary. I'd expect other high-demand dates around that celebration and the holidays to also sell out extremely far in advance, so don't wait to book if you know you want to go.

Availability for the parks is seemingly dynamic, so keep checking frequently. I have seen availability open up a bit in the 24 hours or so leading up a given day, but that's probably cutting it far too close for most out-of-town guests to bank on.

Related: How much does it cost to go to Disney World?

You can check park availability before you buy a ticket, but (unfortunately?) the system does not require that you make a park reservation when you buy your ticket. It's entirely possible to end up with a Disney ticket bought for a specific date but no park reservation to go with it.

A trip to Disney World is a much-anticipated and very exciting moment, whether it's your first or fifteenth time on Main Street U.S.A. I can only imagine how excitement for the trip could quickly turn to confusion, frustration and disappointment for those who have a ticket but still find themselves on the outside of the gates looking in.

Our advice -- make those Park Pass reservations months in advance, and double-check that anyone you know heading to Disney this year has done the same.

Related stories
Here are the best Black Friday travel deals of 2022
Great deal: Book business class tickets at premium economy prices with this Avianca LifeMiles sale
Holiday gift guide: TPG’s 22 travel-friendly picks for 2022
Vail Resorts lift-ticket sales capped; buy your Epic Pass by Dec. 4
Featured image by (Photo by Summer Hull/The Points Guy)
Editorial disclaimer: Opinions expressed here are the author’s alone, not those of any bank, credit card issuer, airline or hotel chain, and have not been reviewed, approved or otherwise endorsed by any of these entities.