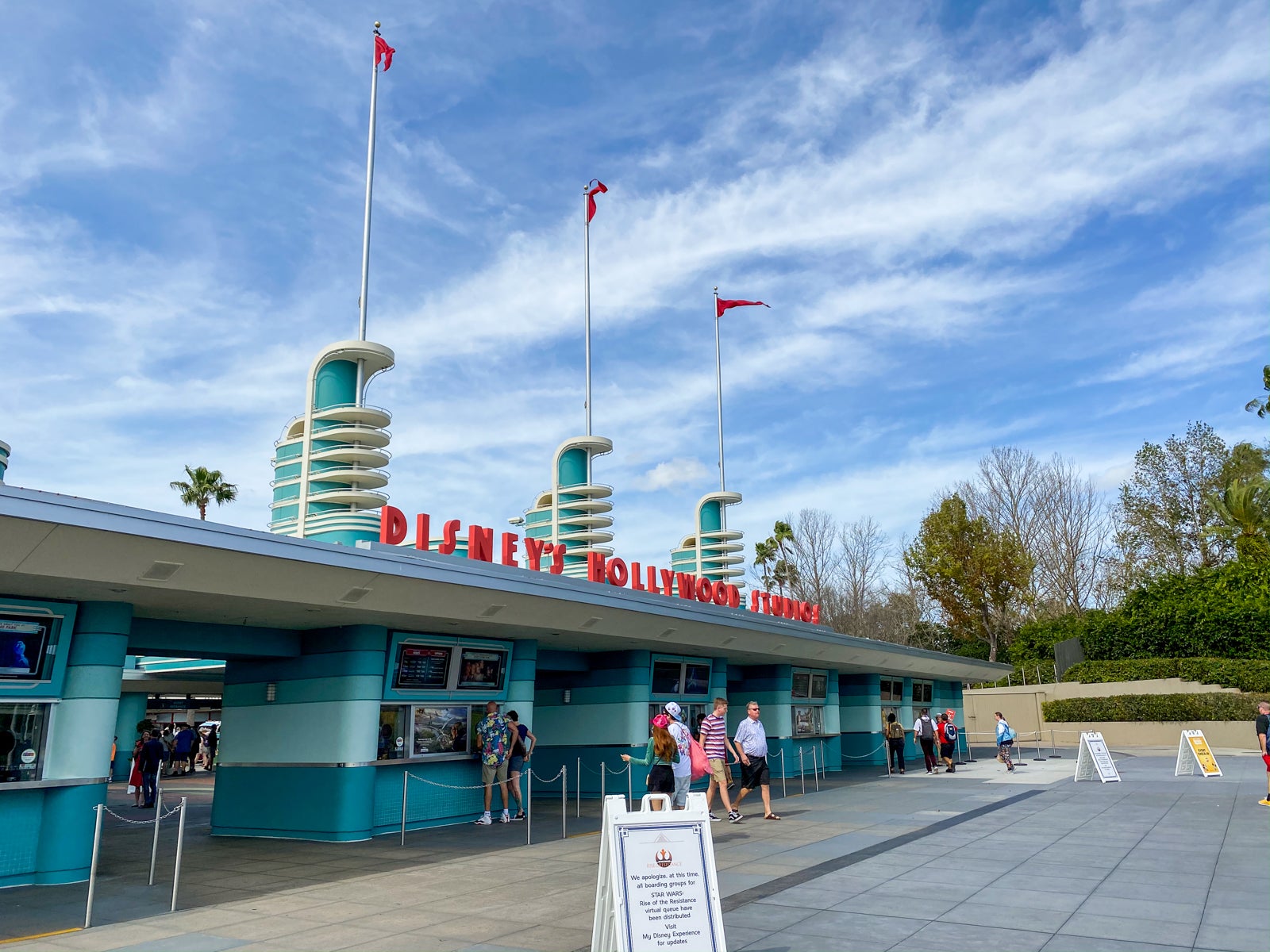 Perhaps Walt Disney himself said it best: “Disneyland will never be completed. It will continue to grow as long as there is imagination left in the world.” And, as such, the Disney Parks are in a constant state of change, innovation and transformation.

While all of the theme parks at Walt Disney World are undergoing some massive changes as the park gears up for WDW's 50th anniversary in 2021, there's one park that has changed faster than all the rest within the last two years: Disney's Hollywood Studios, in Lake Buena Vista, Florida.

Originally known as Disney-MGM Studios when it opened as the third theme park at Disney World in 1989, it has not only expanded but also changed its identity as it transitioned from a somewhat sleepy half-day park to one of the hottest Disney World theme parks.

This isn’t the first renaissance the park has experienced but it is perhaps the grandest.

Here's how Disney pulled off this only-in-Hollywood-style makeover in just under two short years:

In the late 1980s, with Epcot and the Magic Kingdom riding a wave of success and Universal Studios Orlando yet to open, Disney partnered with Metro-Goldwyn-Mayer (MGM) to open a movie-set-style theme park.

In its early years, it was a small park with no Sunset Boulevard -- now home to Tower of Terror and Rock 'n' Roller Coaster. What you'd find was behind-the-movie-screen-style attractions, such as the much-loved Great Movie Ride, Studio Backlot Tour and the Indiana Jones stunt show.

The days are now long gone when you could take a backlot studio tram tour. The park rebranded to Disney's Hollywood Studios after the MGM partnership ended and the park's focus shifted from behind the camera to immersing guests in shows and attractions based around the day's popular films from the big and small screen.

Attractions such as Tower of Terror (1994) and Toy Story Midway Mania (2008) maintained the park's roots in the movie industry while broadening the appeal of games and thrills. As Disney added new characters to its movies, some of those popular personalities -- the Little Mermaid, Beauty and the Beast, Star Wars and a certain princess that can turn things to ice -- found a home at Disney's Hollywood Studios.

Thrill-seekers might hit Rock 'n’ Roller Coaster, Tower of Terror and Star Tours but weren’t as interested in a Frozen sing-along or spending time with The Little Mermaid. Similarly, young kids would enjoy some Disney Junior fun, a visit with the twin princesses Anna and Elsa and a quick stop to say hi to Ariel, but weren't lining up to drop down the Tower of Terror.

Still, until 2018, the park lacked enough elements to keep most theme park fans busy for a whole day. In fact, in 2017, attendance at Hollywood Studios was not only the lowest of the four Disney World theme parks but actually on the decline year-over-year.

And, perhaps because the park evolved so much over the years, not everything fit a theme with master-planned lands like at the Magic Kingdom. The Indiana Jones Stunt Spectacular has been attracting fans for years, but it's wedged between Hollywood Boulevard and Star Tours. Beauty and the Beast -- Live on Stage is on the same boulevard as Tower of Terror and Rock 'n' Roller Coaster. Until recently, the Osborne Family Spectacle of Dancing Lights fascinated park attendees around Christmas, but that portion of the park was largely empty of spectators the rest of the year. Hollywood Studios was a basket of enjoyable, sometimes lovable rides and attractions, but only for part of the day.

Disney had a plan to change that. A galaxy-sized plan. But, first ...

Disney had a success story the moment Toy Story Midway Mania opened at Hollywood Studios in 2008, capitalizing on the popular movie franchise at the moment it was between its second and third movie installments. Then, several years later, as it prepared to release a fourth movie in the Toy Story franchise, plans to add an entire Toy Story Land to Hollywood Studios, built around the existing Toy Story Mania ride, took hold.

When it opened in 2018, Toy Story Land had three attractions to keep fans occupied: the Slinky Dog Dash Roller Coaster, Alien Swirling Saucers and Toy Story Mania. Slinky Dog Dash is truly one of the best roller coasters at Disney World, fun for young fans and old. In fact, all three of those attractions are popular with fans from ages 3-83. A Toy Story-themed restaurant will soon be added to the land's offerings.

Betting on Toy Story Land worked. After a decline the year before, attendance was up by 5% at Hollywood Studios in 2018 -- a faster rate of growth than Epcot or the Magic Kingdom experienced that year.

But, Disney wasn't done with Hollywood Studios after playing with its popular toys.

Related: How to use points for Disney World tickets

The Resistance has landed

Perhaps the biggest theme park expansion story of the decade was Star Wars: Galaxy's Edge, which opened in 2019.

Even if you're not a Star Wars fan, you'll appreciate the scale and detail that Disney has created within this new land that opened last year in both Disney's Hollywood Studios and Disneyland in California.

Disney didn't open a new ride, they built a new planet: Batuu. On this planet, you won't find Star Wars shirts and cast members (Disney's fancy word for employees) with Star Trek-style costumes. Instead, you'll only find things as they would be (in the Disney Imagineer's minds) on a planet far, far away. It's almost best thought of as a theme park within a theme park.

Inside the land (er, planet) are two rides -- Millennium Falcon: Smugglers Run and Star Wars: Rise of the Resistance. Those with a big love of the Force (and deep pockets) can also build a custom lightsaber ($200) or a droid ($100), and everyone can enjoy a drink at Oga's Cantina (the coolest themed bar in the Galaxy).

Rise of the Resistance changed the stakes on what it means to build a live-the-action ride attraction. Galaxy's Edge is a totally immersive experience, somewhat paralleled only by Hogwarts at nearby Universal Orlando. And yet, even after this estimated $1-billion investment, Disney still wasn't done with bringing its guests into its most popular movies at Hollywood Studios.

Related: Everything we know about the upcoming Star Wars Hotel

At last, Mickey and Minnie have a home

With Rise of the Resistance not even three months old, in early March 2020 Disney opened another attraction at Hollywood Studios. In a literal sense, this is a central, marquee attraction for the park. It's also the first attraction in the history of the Disney theme parks dedicated to the mouse that started it all. Inside the iconic Chinese Theater that once housed The Great Movie Ride, located at the end of the park's Hollywood Boulevard entrance, is now Mickey and Minnie's Runaway Railway.

Mickey and Minnie's Runaway Railway isn't a whole land such as Star Wars or Toy Story, but it is a whole lot of fun that mixes modern styles and ride technology with classic Disney characters. There are twists, turns and surprises, but no height requirement, so this is another addition to this park that isn't just for the tall or the small.

But it’s not just the rides

One of the fun, newest attractions transforming Hollywood Studios isn't even inside the park. The Disney Skyliner is an easy way to get to and from Hollywood Studios, Epcot and some of the nearby resorts, including the new Riviera Resort, (a bus used to be the only option). An aerial view of the parks and the absence of fumes from burning diesel fuel turns out to be a fun way to get the park excitement started.

In just about two years, Disney World has completely reimagined Hollywood Studios. Five new moving attractions have opened in that time frame (one of which was a conversion from the Great Movie Ride). That's a pretty substantial change when you consider that the park still has only nine moving attractions.

Just as it felt like Hollywood Studios had cemented itself as a half-day park, Disney said, "Hold my Mickey Bar" and went on a serious expansion spree. Now, as the sun rises over Batuu, the gleeful sounds of Andy, Buzz and even Forky can be heard just in the distance. Mickey and Minnie are now there to greet you at the theater when you enter the park and some thrills are waiting around the corner on Sunset Boulevard.

As the scaffolding comes down, what's left at Hollywood Studios feels like a perfect blend of old and new that can stretch from sunrise to sunset. Trust us, you're probably going to need all that time to fully explore all Hollywood Studios has to offer.