After 65 years, Mickey and Minnie get their own attraction at Disney — and we got a sneak peek

Articles
Summer Hull , aka Mommy Points, ran the Mommy Points site for families who want to travel more for less using miles and points for seven years. She now heads up a variety of special projects at TPG when she isn't exploring the world with her own two girls.
Follow
March 03, 2020
•
7 min read 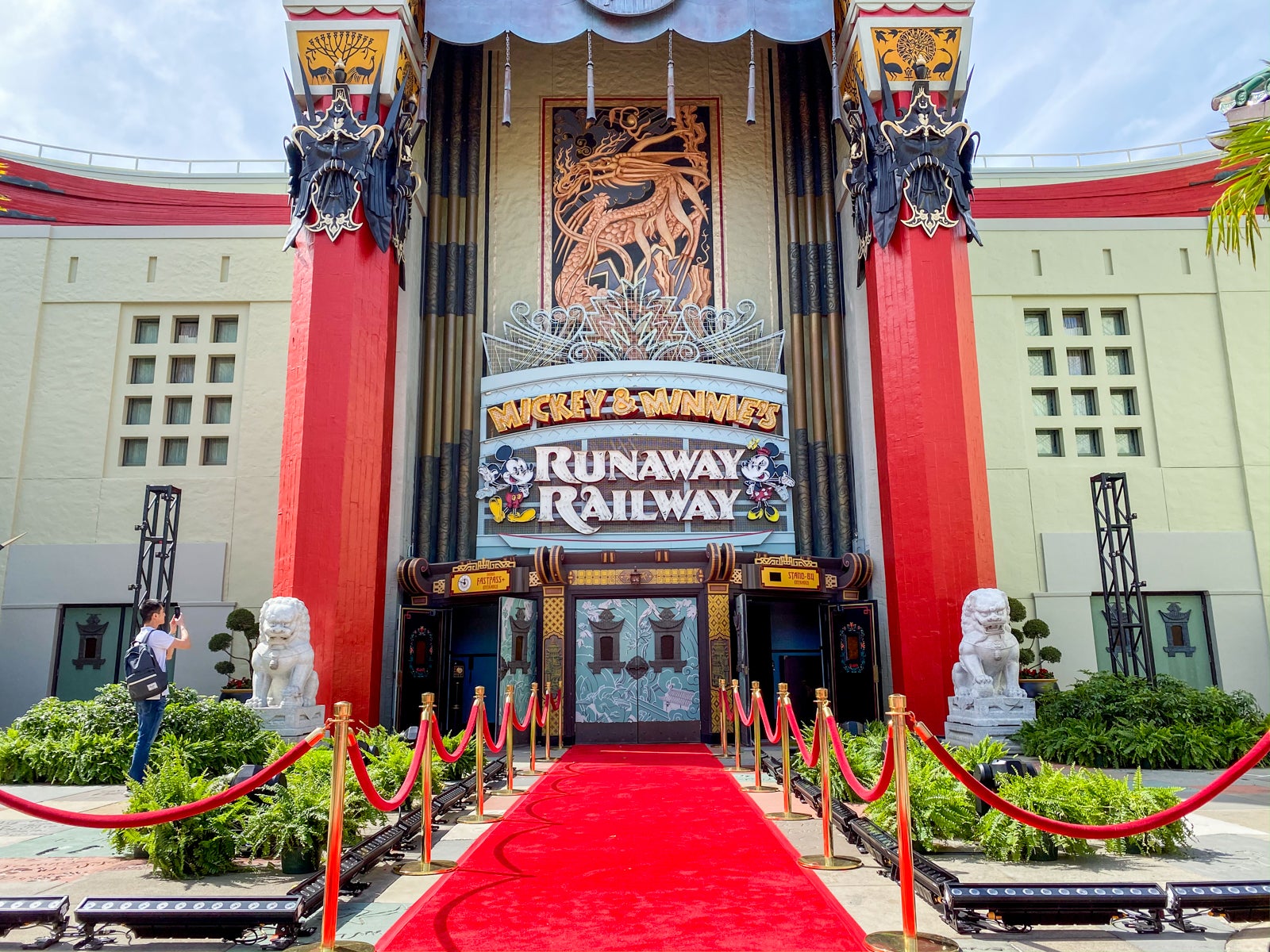 Disney World is on a roll. While the opening of Star Wars: Galaxy's Edge was the big story of 2019, 2020 is already off to the races for Walt Disney World. Or, more accurately, it's off to a picnic in the park via train operated by Goofy, which -- as you can guess -- is full of surprising twists and turns.

Disneyland in California has been open since 1955 and Walt Disney World, the younger sister located in Central Florida, is approaching its 50th anniversary, but until now the mouse that started it all hasn't been featured in any moving attraction across both parks. Now, that all changes with the March 4 opening of Mickey and Minnie's Runaway Railway.

TPG was invited to a media sneak preview of the brand-new Mickey and Minnie ride today, and while we couldn't take pictures inside the ride, we'll happily share a bit about it and our first impressions.

It all starts with a mouse

Mickey and Minnie's Runaway Railway starts with the audience standing in a movie room watching a modern-styled cartoon short about our two favorite mice setting out to have a nice, calm picnic in the park. (Warning: The catchy theme song may very well get imprinted in your mind.)

Don't worry about standing around watching cartoons for too long, because before long, Goofy shows up and bursts through the fourth wall of storytelling -- literally.

Related: Best credit cards for a trip to Disney World

All aboard the Goofy train

Once you step through what was previously your movie screen, it's time to load into a train driven by none other than your pal, Goofy. It will surprise exactly no one that Goofy quickly hits the wrong switch and then you're really off to the races, leaving the calm park temporarily in your fiery dust.

The ride itself is a dark, trackless ride that uses technology similar to what you'll find on the new Rise of the Resistance attraction and Ratatouille found at Disneyland Paris (and coming this summer to Disney World's Epcot).

Don't worry about the little ones getting scared, though, as this is an all-ages attraction. While the lights are dim, the colors and music are bright. You'll find bold, florescent, neon colors utilized throughout.

And while there are tornadoes, waterfalls and sewers awaiting Goofy's misadventures, you are safe from any real drops or truly scary moments. (Just close your eyes at the waterfall scene if you get motion sick easily.) You'll also get a few jostles when Daisy takes the lead.

At around five-and-a-half minutes long, Mickey and Minnie's Runaway Railway is a longer attraction for this type of ride. For reference, two other Disney indoor dark rides, the Winnie the Pooh and Peter Pan rides, are both closer to three minutes in length. So while waits will likely be pretty substantial when the ride opens, you'll feel like you got your money's worth when the ride keeps rolling for scene after scene.

New rides at Disney are always popular. When the Star Wars: Rise of the Resistance attraction opened in December, Disney introduced virtual queueing instead of risking 11-hour lines that snaked through the park. Now almost three months later, Disney continues to use virtual queuing for that ride, and all of the ride slots for the day are typically filled by a minute or two after the park's opening.

However, that does not seem like the game plan for Runaway Railway, which will be a FastPass+ eligible ride as soon as opening day. You can snag a FastPass+ for a ride as far as 30 days in advance if you're staying off Disney property or 60 days in advance of the first day of your trip if you're staying at a Disney Resort (or a select number of off-property resorts). Just remember that the attractions in Hollywood Studios fall into two separate tiers with different restrictions on each.

Otherwise, just get some water, wear comfy shoes and plan to wait in line the old-fashioned way in a stand-by line -- though thankfully, it looks like much of the waiting will be done in some great Florida air-conditioning.

Disney's Hollywood Studios is home to everything from the fastest roller coaster at Disney World for thrill-seekers to Disney Junior offerings for the younger crew. But -- it's great to see the addition of another attraction that truly is geared for the whole family. With no height requirement, no big drops but lots of fun surprises, Mickey and Minnie have arrived at the new Runaway Railway attraction just in time to experience Disney's Hollywood Studios riding a high note.

Mickey and Minnie's first-ever ride is fun, catchy, campy, entertaining and is likely to leave you with a smile on your face.

Our points-obsessed staff uses a plethora of credit cards on a daily basis. If anyone on our team wouldn’t recommend it to a friend or a family member, we wouldn’t recommend it on The Points Guy either. Our opinions are our own, and have not been reviewed, approved, or endorsed by our advertising partners.
See all best card offers
Related stories
Guide
Maximize your seasonal spending with these 5 credit cards
News
Always wanted to own a giant cruise ship? Here's your chance
News
Chasing American Airlines elite status? Here are 14 ways to earn Loyalty Points
Deals
Fly to Greece from multiple US cities for less than $700