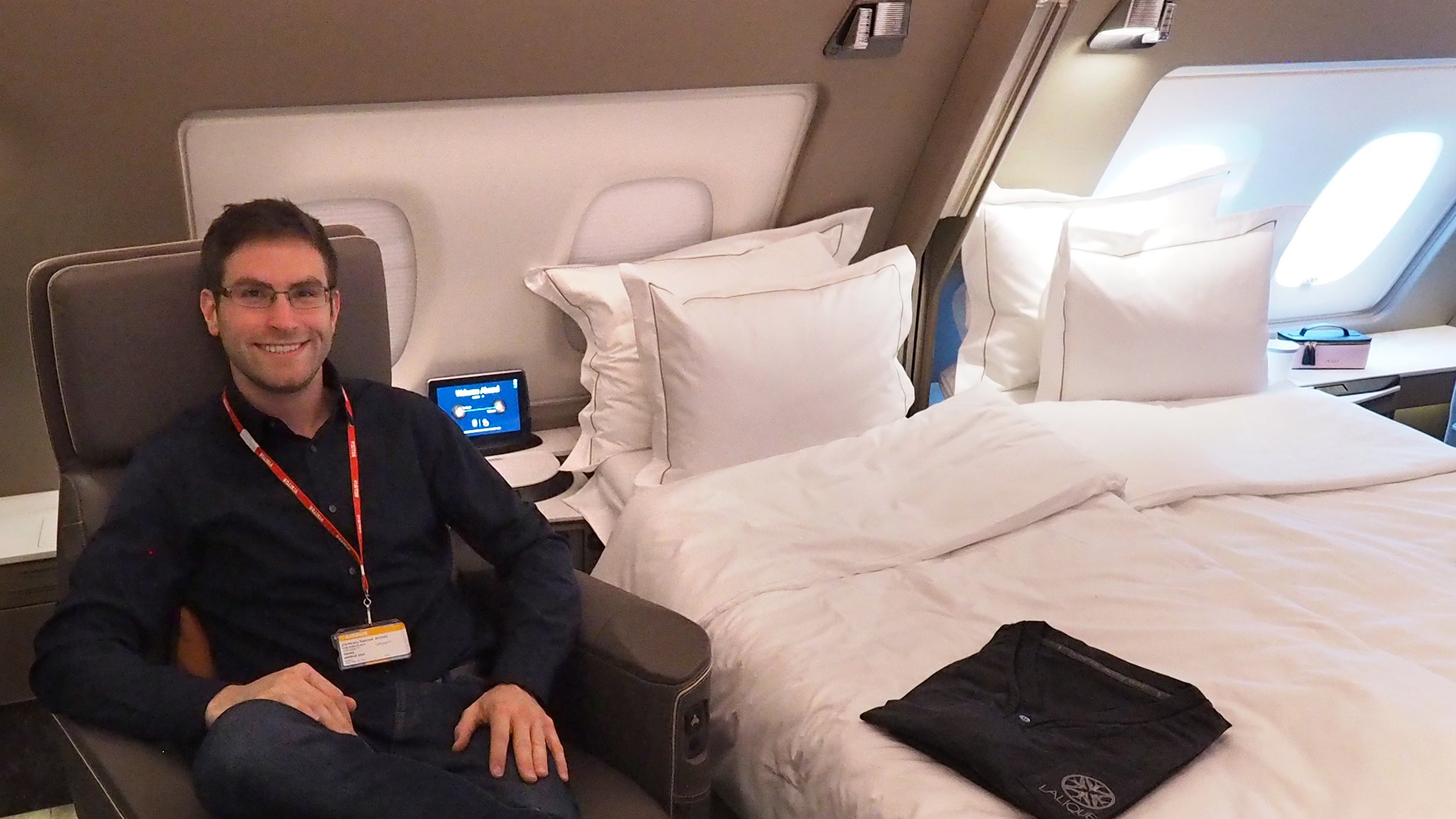 Zach's 2017 Travel Stats: 333K Miles, 32 Countries, 162 Nights on the Road
This post contains references to products from one or more of our advertisers. We may receive compensation when you click on links to those products. Terms apply to the offers listed on this page. For an explanation of our Advertising Policy, visit this page.

Good morning from Tel Aviv — my final destination of 2017! This has been quite the year — back in September, I transitioned from Editor-in-Chief to Editor-at-Large, which has made it possible to spend extended periods away from the office to take on interesting projects that we haven't been able to pursue in the past, including covering even more major events, joining delivery flights, experimenting with multimedia and video content and producing some especially notable reviews.

A significant life change also motivated me to get out and see the world — I won't go into detail, beyond explaining that since this was my first year without a long-term relationship in nearly a decade, I wasn't leaving anyone behind by spending a bit more time than usual on the road. As a result, 2017 was by far my busiest year to date.

As I've done in the past, I wanted to tally up some of my more interesting travel stats. In total, I've flown a whopping 333,521 miles — well, based on direct point-to-point flying, so once you take routings into account, plus a couple "flights to nowhere," I'm guessing the actual figure is closer to 400k. Those flights brought me from, to and through 32 countries — including India, Morocco, Oman, Romania, Sri Lanka and Turkey, six countries I'd never visited before. I also visited Africa for the very first time, and I hope to explore more of the continent in 2018.

I spent a whopping 162 nights away from home, excluding time spent visiting friends and family, with 44 nights at Hyatt hotels, 43 nights at SPG properties, 13 at Marriotts, 8 at Hiltons, 22 at other hotels and Airbnbs and a whopping 32 nights on redeye flights. In the end, I requalified for United Premier 1K status, SPG Platinum and Hyatt Globalist, and earned American Gold for the first time in a few years, primarily thanks to partner travel. In 2019, I'll also continue to have Hilton Honors Gold status, thanks to The Platinum Card from American Express, and IHG Platinum via the IHG Rewards Club Select Credit Card.

While the numbers paint one picture, for me it's all about the experiences I've had. There were some incredible moments — perhaps my favorite was using Google Translate to communicate with my seatmate on Turkish Airlines (above) — but I'm going to highlight some of the more substantial trips and events below, starting with one of my all-time favorites: an adventure-packed tour of New Zealand.

I really wish New Zealand wasn't so far from the East Coast, since it's hands-down my favorite vacation destination. There's a ton to see and do there, and so much of the country feels untouched compared to much of the rest of the world.

A few years ago I wasn't sure I'd ever make it to the Maldives. Since then, I've been there twice, having stayed at the Conrad on a fantastic overwater villa mistake rate in 2015, and most recently at the outrageous St. Regis, which I visited with my mom and sister in May — also booked as part of a deal, of course. If there ever happens to be a great points rate for the John Jacob Astor Estate, you better believe I'm going to be all over it.

Yeah, I know... we've covered the 747's retirement ad nauseam this year, but I need you to bear with me for one more post, since it pops up a few times here. The highlight for me was United's retirement, specifically because of the final flight from San Francisco (SFO) to Honolulu (HNL). Tickets were pricey, but this flight was open to anyone who cared to pay. I was fortunate enough to score seat 1A, which made the final trip even more special.

Emirates' new 777 first class is so fantastic that in any other year it probably would have topped this list. But 2017 was really something else. Still, #4 ain't too shabby. I managed to snag one of the best suites on the inaugural flight — a center "E" suite with virtual windows — and a decent fare made the trip that much sweeter.

While Emirates' new suite definitely takes the cake when it comes to privacy and jaw-dropping design, Singapore's A380 equivalent is far more spacious, especially when you're traveling with a companion. I had an opportunity to join the delivery flight for SQ's first A380 with all-new cabins throughout both of the two full-length decks, and even though I wasn't assigned a suite, the experience definitely ranks near the top for 2017.

Not only was Thai's first class one of my best flights to date, it was also one of the cheapest — I redeemed just 40,000 miles for nine Dom Perignon and caviar-fueled hours in the nose of a 747. And, even better, we had the cabin all to ourselves! Unfortunately that award has since jumped to 65,000 miles, but it's still a fantastic value, in my opinion.

This month, I rented a helicopter and flew out to the California desert to shoot some 747s from above. It was an incredible experience, and even though it only lasted a few hours, my Victorville photography session definitely earned its spot on this list.

Delta's 747s are actually still flying football teams around the country — at least for another couple days — but one of the final "regular" flights took place two weeks ago, and I got to come along for the ride. The highlight was our stop at Boeing's Everett facility, the birthplace of the 747, but the flight itself was special, too.

While I appreciated the on-board recognition, and certainly the thrill of getting to bring my mom along for the ride, hitting 1,000,000 miles flown with United has long-term significance as well. Eventually, I won't fly enough to maintain elite status, but since I'm a Million Miler I'll now never drop below the mid-tier Gold level, even if I don't travel on even one paid flight in any given year. I also get to share my current elite status — my sister is my designated Million Miler companion, so she gets the same 1K perks I do, minus the upgrade certificates. It's certainly nice to be a 1MM!

I regularly attend several top industry events, from the Paris Air Show to the Aircraft Interiors Expo in Hamburg, but this year's Dubai Air Show was easily one of the most interesting to date. Obviously, Emirates' 777 was the highlight, but I also got to tour several other top jets, including an all-suites Airbus A319 and even a private Dreamliner.

I certainly don't take for granted that it's been an incredible year — the fact that it took some effort to narrow down my top 2017 travel experiences to a list of "just" 10 is not lost on me. I'm eternally grateful to my family and friends, especially those of you who joined me on these adventures, and for my TPG family for making so much of this possible. To that end, I've been making more of an effort to give back, especially this month — if the miles I've earned can help lead you to a better life, I want to help. Please see the first saved Story in my Instagram account for details.

As for what tomorrow will bring, I don't plan on besting these stats in 2018 — I aim to continue delivering original content that interests us all, while also spending more time in the US of A. New York City's a destination all of its own, and I look forward to many adventures closer to home.