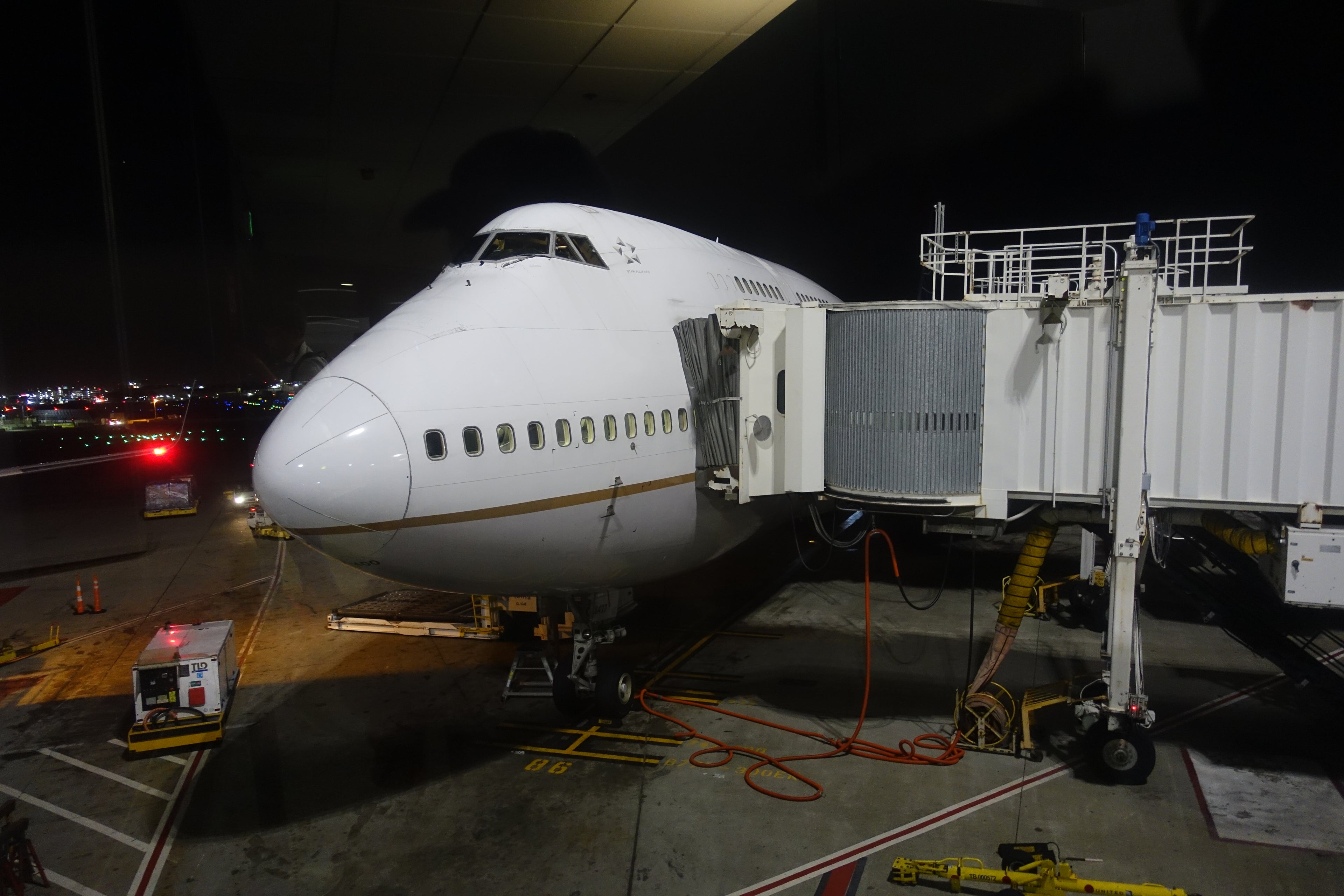 Update 3: All tickets for UA flight 747 have sold out. Congrats to anyone who was able to book!

Update 2: It looks like the first-class cabin has completely sold out, leaving economy plus or economy as your only options on this flight. As of 3:45pm ET, this is what availability looks like in the main cabin:

Update 1: United flight 747 from SFO - HNL is now bookable, and seats are going fast. They're not going to come cheap, either — economy is selling for $551 for the one-way flight, while first class is selling for $1,958.

Here's a snapshot of which seats are left at the time of this update. As you can see, no business-class seats are currently for sale.

While several international carriers will continue to operate flights with the Queen of the Skies, Delta and United are both gearing up to retire their Boeing 747-400s. Delta's date has yet to be confirmed, but we now know exactly when to expect United's farewell flight — or flights, to be more precise.

There are two dates to note: October 29, for the final international flight, and November 7, for the final domestic flight (no, really this time). Both are being sold as regular revenue flights, so anyone should be able to book, though of course availability is extremely limited.

Don't forget — if you don't manage to score a seat on one of these flights, you can still get one last look at United's 747s at the airline's Family Day event next month.

First up is the final international flight, which will carry passengers from Seoul to San Francisco on October 29. This 747 flight, United 892, was previously rumored to be United's last, so both first class and business are already fully booked.

Several passengers likely reserved seats speculatively, though, and may no longer be able to travel. I recommend checking frequently to see if any seats open up.

You could snag a seat in economy if you don't want to miss out on the fun — I'd expect the biggest party scene to be on the upper deck, though, and if this flight is handled like Delta's "final" domestic run, it's quite possible that economy passengers will not have access to the premium cabins until the plane arrives in San Francisco.

Be prepared to pay high fares or redeem miles for a Standard award if you're hoping to book business or first, since Saver space will likely be impossible to come by. One-way Standard awards can be booked for 175,000 miles + $41 in business class or 190,000 miles in first class.

Of the two final flights, this is the one I'm most excited about. United's planning something special for this farewell journey from San Francisco (SFO) to Honolulu (HNL) — the carrier's very first (and now last) 747 route.

This journey will serve as the ultimate throwback for customers, employees and invited guests as it recreates the first 747 flight operated by United in 1970. From a 1970s-inspired menu to retro uniforms for flight attendants to inflight entertainment befitting of that first flight, passengers will help send the Queen of the Skies off in true style. The original United 747 aircraft that first made this journey from San Francisco to Honolulu was named the "Friend Ship," the same name bestowed on this farewell flight.

First, business and economy tickets are now available to book on United.com or through the airline's app. Note that upper deck seats are currently blocked — instead, the upper deck will be accessible to all passengers during the flight, though first and business-class passengers will be entered into a drawing at the gate, and may have an opportunity to score an upper-deck seat.

If you're hoping to score one of those coveted spots, don't wait to book. It certainly won't be an ordinary 5-hour hop to Hawaii.

Of course, these aren't your only opportunities to snag a seat on the United 747 — 13 planes are still in service today, operating flights on the following routes:

Ultimately, I'm thrilled to see that United's honoring the 747-400 with such a special farewell flight. While the airline's making strides to improve its in-flight product, especially in premium cabins, these majestic — albeit dated — aircraft will be sorely missed by some.

Have you booked a seat on one of the final 747 flights?