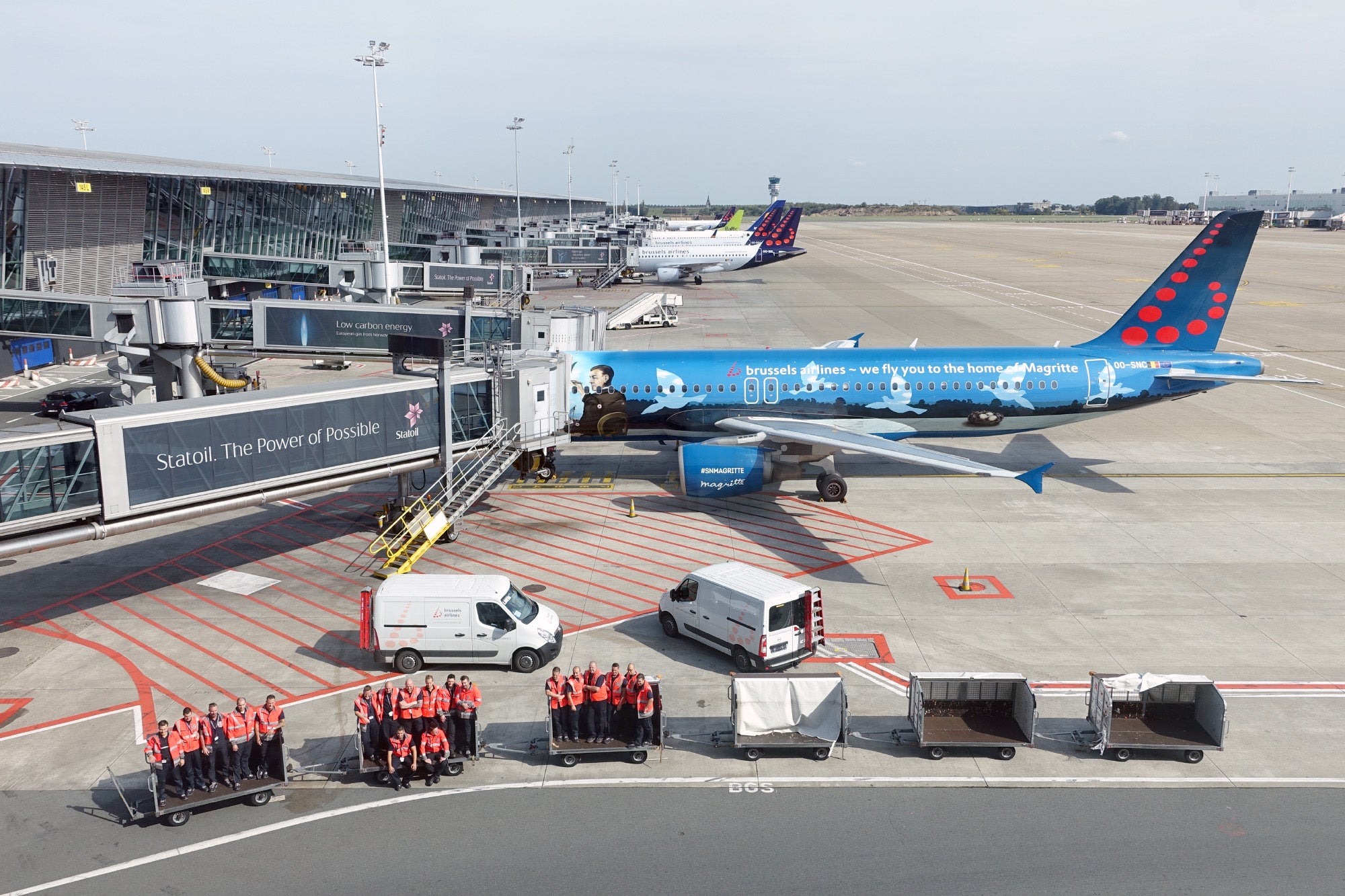 When TPG asked if I'd take his place at the Star Alliance MegaDo, I didn't even pause to check my schedule. I've been dying to join this event for as long as I can remember, but from scheduling conflicts to high costs, there were always plenty of excuses to put it off. Now that I've been, though, I'm not sure how I'll ever be able to miss one again.

I'm a private pilot and very frequent traveler, but my aviation knowledge and obsession pales in comparison to that of some of the folks I met this past week.

There were TPG contributors and readers — including former intern Kevin Song and columnist Angelina Aucello — along with dozens of AvGeeks who seemed even more excited about visiting various maintenance hangars as they were about trying out catering and new seats.

I was also thrilled to get to share the experience with Luca, a TPG reader and aviation super-fan. Luca's studying to be an engineer, so his knowledge and enthusiasm made a notable impact on the group as a whole.

While I still have yet to fly in a private jet, our MegaDo charters were the next best thing. We traveled on two different Brussels Airlines A320s, with one bringing us from Vienna (VIE) to Brussels (BRU) Thursday morning, and the second taking us to Palma de Mallorca (PMI) in the afternoon.

There was a party-like atmosphere, as you'd expect — perhaps a cross between a final 747 flight and Delta's in-flight disco, depending on which section of the plane you happened to be sitting in.

I love a great in-flight meal, and those catered by Do & Co always stand out above the rest.

On Wednesday we had a chance to visit the Vienna-based in-flight caterer, where we got to see a variety of Austrian Airlines in-flight meals, tour the company's various operations and, most exciting of all, test out various dishes, from perfectly cooked steak to my all-time favorite, gnocchi with shaved truffle.

You don't want to miss this:

4. Three Countries in One Day

Visiting three different countries between sunrise and sunset is not for the faint of heart, but our charter A320s and incredible planning by the MegaDo team and their partners made the process seamless — and less exhausting than you might imagine.

This past Thursday, I had breakfast in Vienna:

And dinner in Mallorca:

It was a day trip through Europe that I'm sure to never forget.

At the tail end of our crazy three-country tour, we arrived at Mallorca's hottest new hotel just in time for a magnificent sunset.

Nick Ewen reviewed this incredible property earlier this year, so I just got to soak in the sun and enjoy myself.

I planned to stay two nights, so I didn't go crazy at breakfast on the first day — there were meats, cheeses, a huge bread spread, hot dishes and more, in addition to a menu of fresh items you could order from the kitchen. Though I'd also be eligible as part of my Globalist benefits, breakfast was included for all MegaDo attendees.

There was a never-ending supply of fantastic food on this trip, and that continued with a paella-making class right after breakfast. There were plenty of other fun activities to participate in, too.

Unfortunately, as it turns out, Air Berlin canceled my flight home from Berlin to New York-JFK, so I had no choice but to leave Mallorca a day early. In the end, I had less than 24 hours on the ground, but that was just enough time to get a taste of this Spanish island paradise.

We're always trying to review interesting new products at TPG, and with both Alitalia and Air Berlin in the midst of financial ruin, I wanted to see what the experience was like, given how many questions we've been getting from readers.

I ended up flying Alitalia on the outbound leg, from New York to Rome. You can see a summary here, but overall the flight was great — I'll be posting a full review soon.

Then, on the way home, I caught a flight from Dusseldorf back to JFK. Although a flight attendant said she had been expecting a completely full flight, for one reason or another a whopping 250 passengers didn't make it on board, leaving just 10 passengers in business and 30 between the two economy cabins.

That made for a very interesting 8-hour journey home, of course, but I was pleasantly surprised to find that the crew was professional as can be, and overall seemed fairly optimistic about their future at the (or "an") airline.

This may have been my first MegaDo, but it certainly won't be my last. While it was a whirlwind few days, I had an absolutely incredible time. I loved having a chance to hang with organizers Tommy and his wife Melinda, and the 100+ enthusiasts on board — this really is the ultimate event for anyone who can't get enough of every aspect of commercial aviation, from catering to tech ops and more.

While nothing's been announced, I'm sure there will be a MegaDo next year as well. Tickets tend to sell out quickly, so keep an eye on TPG for the event announcement and be ready to pull the trigger as soon as seats go on sale.

An earlier version of this story stated that "I ended up flying Air Berlin on the outbound leg, from New York to Rome." The story has been corrected to indicate that the flight was on Alitalia.