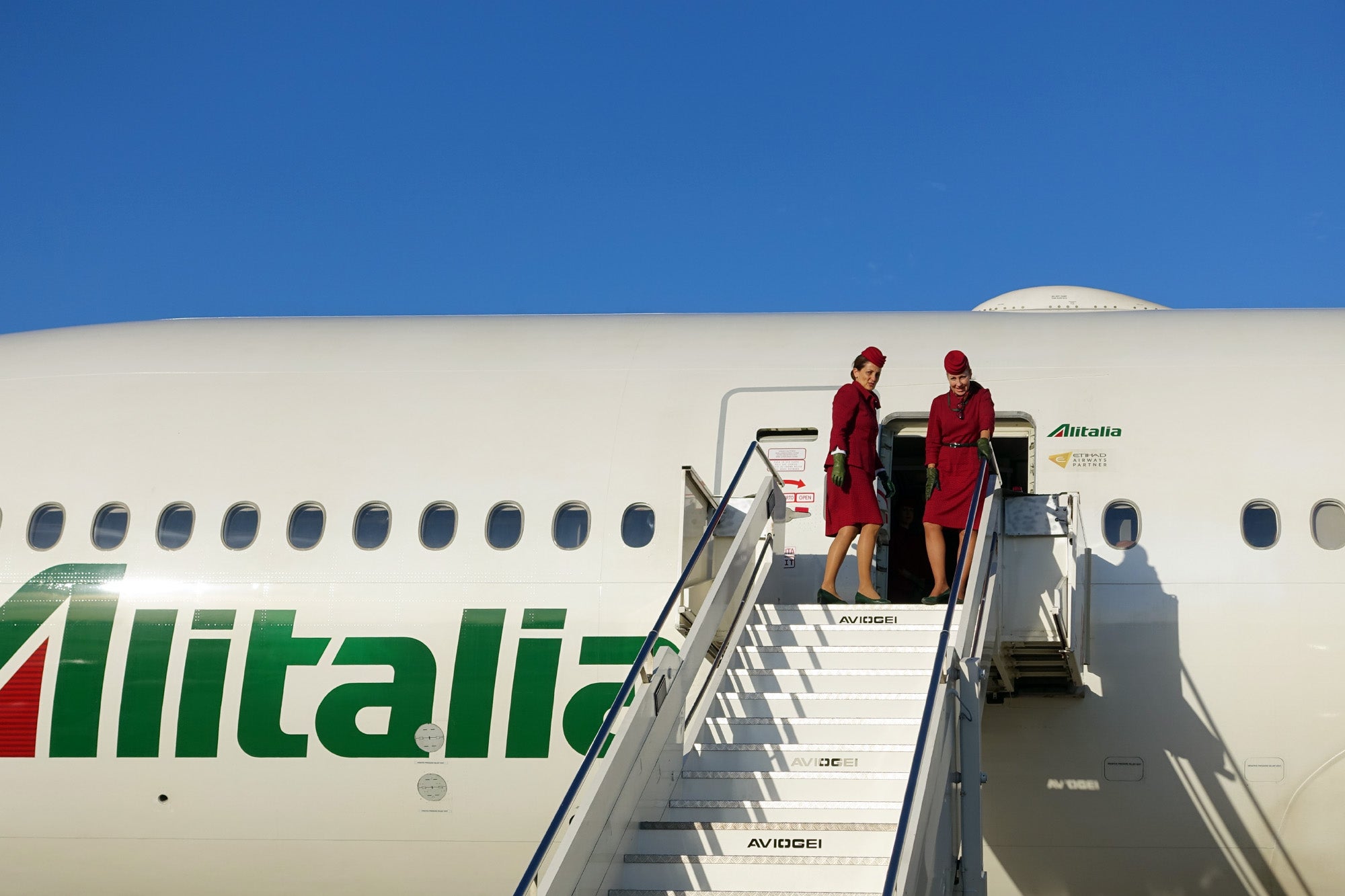 Welcome to the first installment of TPG Editor-at-Large Zach Honig's coverage of the 2017 Star Alliance MegaDo. This year's event takes AvGeeks from around the world on the adventure of a lifetime, including stops in Vienna, Brussels and Mallorca. Check back for daily reports, and follow along in real time on Instagram and Twitter.

I've been wanting to join a MegaDo for years, so I was beyond thrilled when a schedule conflict kept TPG from coming this time (sorry, TPG!) meaning I would go instead. So I'm currently making my way to Vienna ahead of the first day's festivities, which kick off Wednesday morning.

And just as with any other marathon, the first step was loading up on carbs — so I flew Alitalia from JFK then spent a day and change in Rome, stuffing my face with pasta, pizza, sweets and more. With a full belly and a jolly disposition, I'm now up to this intra-Europe challenge. Bring it on, MegaDo 2017!

I'll be publishing a full review of my first Alitalia experience soon, so I'll keep things brief here. While the airport and boarding experience left much to be desired, the trip took a turn for the better as soon as I got on board, settling into seat 1A. Alitalia has been in bankruptcy since May, for the second time in nine years, and is currently looking for a buyer, which might materialize unexpectedly in the form of Ryanair.

I picked the first Rome departure of the day (4:25pm on Sunday), both so I could fly Alitalia's 777-200 and so that I'd be able to enjoy dinner at a reasonable hour. With a 65-minute delay, the five-course meal ended up getting underway just after 7:00pm New York time, so I was pretty hungry.

And I'm sure glad I was — this was very much an Italian culinary adventure, including a ham appetizer, a first course of perfect al dente pasta, an exceptional fish entree, cheese and dessert, along with plenty of wine and an Aperol Spritz.

Since we left an hour late, we ended up arriving an hour late as well. And, much to the disappointment of connecting passengers — many of whom had tight transfers to begin with — we pulled up to a bus gate.

My Rome adventure began with a never-ending immigration line. Fortunately, since agents didn't seem to be asking many questions, the line moved quickly, and I was on my way in 35 minutes.

From there, it was time to explore the city. I ended up walking more than 30,000 steps (13 miles) on Monday, which was an absolute must considering how much food I ate...

A friend recommended that I have lunch at Ai Tre Scalini, where I ended up enjoying the best lasagne I've ever had. Wow!

For dinner, I joined a pasta-making class with Walks of Italy. For €79 (about $95) I got to make spaghetti, ravioli and a whole bunch of points-loving friends. There was plenty of Prosecco and limoncello, too.

I did some more walking after dinner, got a good night's rest at Le Meridien Visconti (more on that soon) and woke up bright and early for... a whole bunch more food! I joined Walks of Italy yet again — a €69 ($83) food tour this time. We sampled olive oil, outstanding vinegars, salami, cheeses and more, before rounding out the day with pizza making and dessert.

Unfortunately I didn't have room for gelato in Rome, but I did manage to work in another 20,000 steps.

My Low-Cost Carrier Adventure to Vienna

Eurowings offers nonstop service from Rome to Vienna, and with reasonable fares, I didn't hesitate to pull the trigger. My one-way flight cost €100, plus another €20 for a seat reservation, for a total of $144. Since I was traveling with only a backpack, there weren't any bag fees to worry about.

I began my evening at the airport with two scoops of gelato — I wasn't going to leave Italy without it!

The flight boarded about 20 minutes late, but they still managed to close the door on time. I found the A320 cabin to be quite comfy — comparable to what you'd find on full-service European carriers, with leather slimline seats.

I had booked 1F in the bulkhead row, but asked to move to 2F so I could put my bag under the seat. There was still plenty of legroom there.

For one reason or another, Wi-Fi was free — and fast — on this flight.

I also got a "meal," but there's no way this portion would fill anyone up.

I'm using the free Wi-Fi to write this as we descend for Vienna — overall, it's been a great flight.

Update: We arrived at a bus gate, in the rain. Not the best way to end an otherwise pleasant trip.

I had a blast in Rome — the crowds were fairly light, the weather was perfect and the hotel rates weren't astronomical. I highly recommend visiting in late September.

The real adventure's just about to begin, though, so be sure to tune in throughout the week for inside looks at Austrian Airlines, Brussels, the new Park Hyatt in Mallorca and a whole lot more!