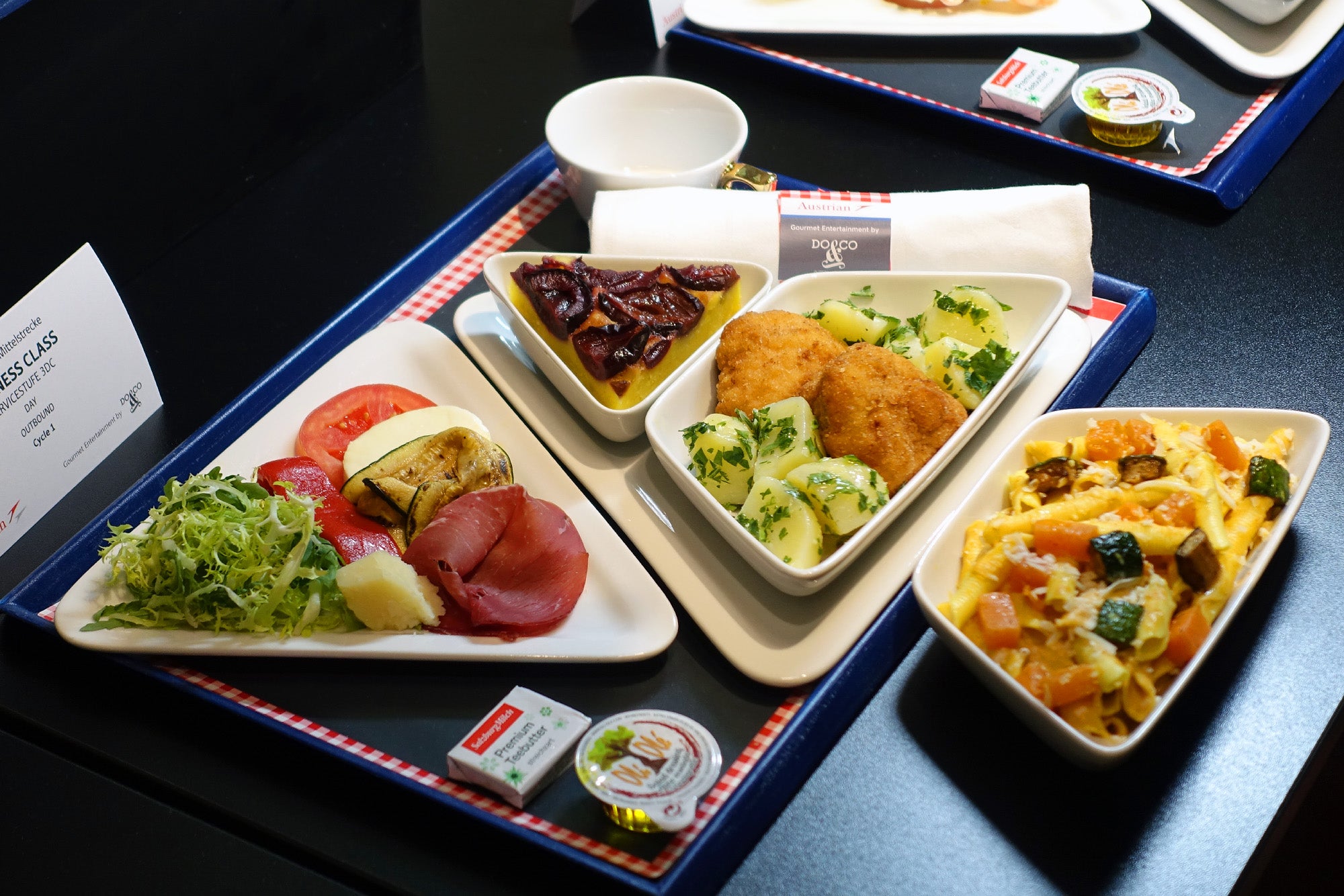 Welcome to the second installment of TPG Editor-at-Large Zach Honig's coverage of the 2017 Star Alliance MegaDo. This year's event takes AvGeeks from around the world on the adventure of a lifetime, including stops in Vienna, Brussels and Mallorca. Check back for daily reports, and follow along in real time on Instagram and Twitter.

Yesterday, I recapped my journey from New York to Vienna, which included a great flight on Alitalia and many hours of "carb-loading" in Rome. This morning, the real fun began, starting with presentations from Vienna Airport, Austrian Airlines and Star Alliance.

Join me below for an overview of the first full day of MegaDo 2017 — one of my most memorable AvGeek experiences to date.

While most MegaDo attendees are staying at the NH Hotel a few blocks away, I decided to book the Moxy Vienna Airport, which was running $127 per night (compared with $200 for the NH). Moxy is also a Marriott brand, so I'll earn points and elite credit for my stay.

This is my first Moxy stay — overall, it feels like a cross between an Aloft and a super-high-end hostel. It's minimalist, for sure, but most guests probably aren't spending more than one night at an airport hotel. For $127 in a city known for having especially pricey hotels, the Moxy does the trick.

In addition to purchasing a seat for me, this year we partnered with the MegaDo team to invite a TPG reader along. Gianluca, a super-friendly AvGeek from Italy, was the lucky winner — we met up at breakfast this morning.

We started off in the deep end, with loads of background and interesting stats from Andreas Otto, CCO of Austrian Airlines, Vienna Airport managing director Michael Zach and industry vet Janice Antonson, who joined Star Alliance six months ago as Vice President of Commercial and Communications.

What I found most interesting was just how small of an airline Austrian is, despite being in business since 1957 — the carrier currently operates just 11 long-haul planes, including six 767s and five 777s. Now with Lufthansa's support (Austrian joined Lufthansa Group in 2009), the carrier plans to grow the fleet soon.

Stuffing My Face at Do & Co

I flew Austrian business class from New York to Vienna (and back) a couple years ago, and one of the highlights was the incredible catering — Austrian partners with Do & Co, which also handles the in-flight catering for Turkish Airlines.

After the morning session, attendees split off into three groups, and when I saw that one of the options was an afternoon with Do & Co, I decided right away which session I'd attend.

I figured a taste test would be part of the deal, but the experience went far beyond munching on some quality airplane food. We got to tour several departments at Do & Co's downtown Vienna headquarters, including a special kitchen that the in-house video production team uses to film cooking and plating demos with Do & Co chefs.

And of course, there was plenty to eat. At the end of our tour, we landed in the demo kitchen, where chefs had prepared a large variety of dishes, from perfectly cooked steak to an out-of-this world gnocchi with shaved truffle. Wow!

There were samples of Austrian's in-flight meals, too, from appetizers to dessert.

While I was most excited about Do & Co, most of the MegaDo attendees chose different tours, instead, making their pick from a list of three options. One group got to experience airport operations at VIE, while another got to see Austrian's maintenance operations. Gianluca opted for that latter tour, and was kind enough to share his experience as well, which you'll find below.

For those who chose the technical operations center, the experience started right before reaching the hangars. Everyone was given a "boarding pass" and since the sites are an actual part of the airport, we were required to go through security, even though this happened in a different side of the VIE terminal.

After that we boarded a bus, which brought us to the technical hangars. During the visit, the operations center was hosting two different aircrafts: a Bombardier Dash-8 and an Embraer 195, which Austrian has begun rolling out to short and medium-haul routes.

The tour started with one of the most important aircraft components: the engines. Among all the available spare engines in the dedicated rooms, a gigantic GE90 (giving thrust to our beloved Boeing 777) was playing the star role. All of us got the chance to sit next to its huge fan blades and take close pictures of it.

Back in the main hangar, we had a closer look at the two aircraft that were undergoing maintenance. You were allowed to walk up the stairs to the cabin and take a seat inside the cockpit. We were given an overview of the operations underway on both planes, including the safety and quality management procedures Austrian Airlines is known for.

Next, the visit continued with the wheel brakes maintenance hangar (on the way over, we got an exclusive sneak-peek of Niki Lauda's private jet). We learned that this technical center receives deliveries from Frankfurt and other Lufthansa focus cities in order to perform wheel and brake maintenance for the whole company. Unfortunately, we were asked not to take any pictures inside.

After the tours were complete, all three groups met back near the hotel at VIE for a special surprise from Austrian Airlines.

We ended up getting an exclusive first look at the carrier's new premium economy product, which looks decent enough, though fairly standard — in fact, it's more or less identical to the seat that you'll find throughout Lufthansa's long-haul fleet.

You can read all about the new seat here.

The final event of the evening was a party at Vienna's VIP Terminal — except, well, none of the attendees were allowed inside the VIP area. So let's call it a party in the lobby just outside the VIP Terminal.

There was Champagne, hors d'oeuvres and mini-desserts. But the highlight for me was watching attendees bid enthusiastically in a charity auction. There were some very high bids — for example, a year of Hyatt Globalist status (with just one suite upgrade instead of four) went for a cool $2,700.

Other auction winners took home a year of Miles & More Senator status ($3,000), a VIP Austrian Airlines tour for two people (also $3,000) and a 1:100-scale Austrian 777-200 model ($425). MegaDo is donating the proceeds to Mercy Flights, a Swiss refugee resettlement program and a school for the blind.

We're just a third of the way through the 2017 MegaDo, but this has already been once of my most exciting trips to date.

There's much more fun to be had tomorrow, including two special charter flights, a visit to Brussels Airlines at BRU and a party at the Park Hyatt Mallorca. Stay tuned!