MegaDo Day 3: Three Countries in One Day, and a Very Special A320 Charter 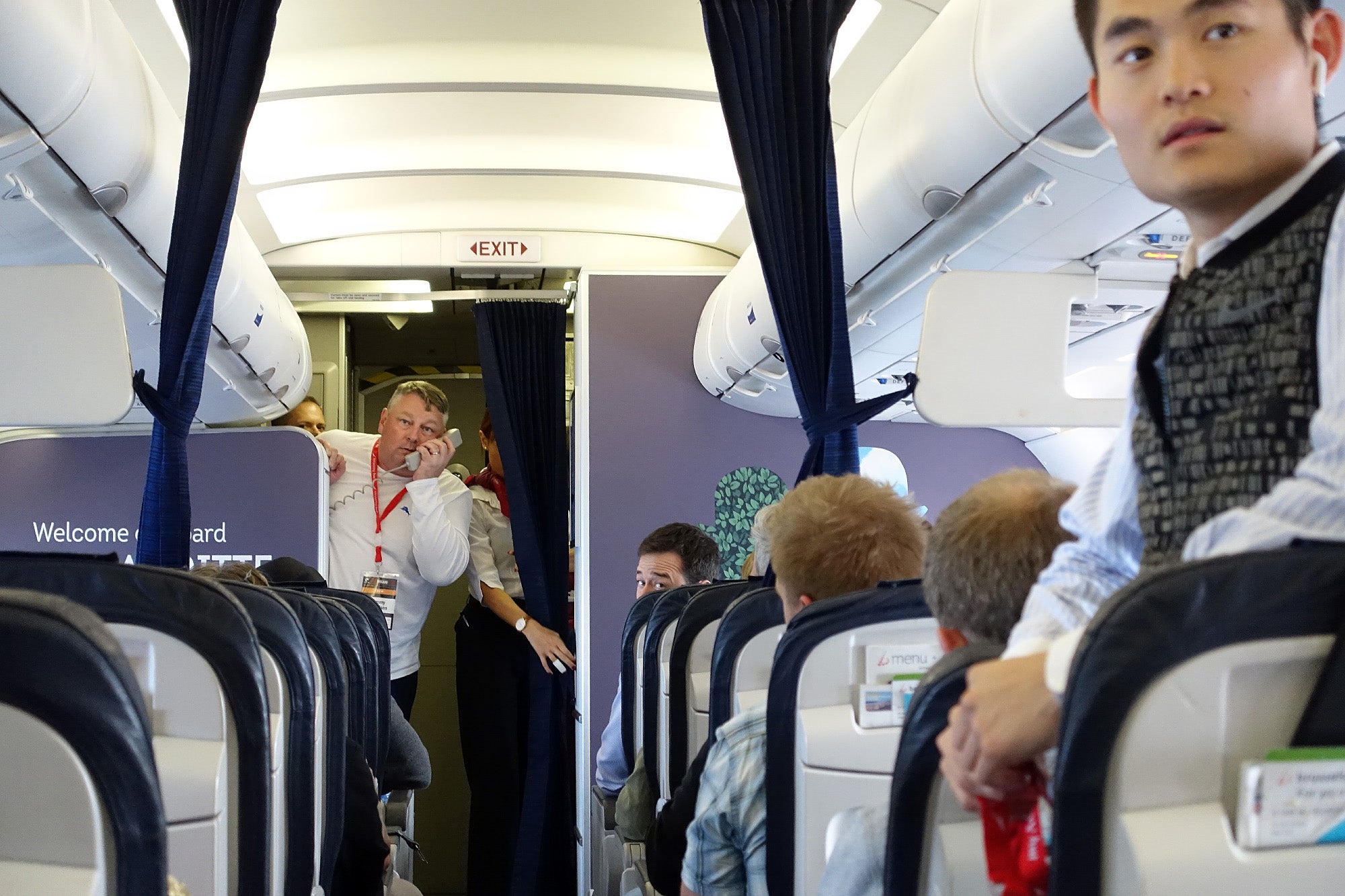 Welcome to the third installment of TPG Editor-at-Large Zach Honig's coverage of the 2017 Star Alliance MegaDo. This year's event takes AvGeeks from around the world on the adventure of a lifetime, including stops in Vienna, Brussels and Mallorca. Check back for daily reports, and follow along in real time on Instagram and Twitter.

This has easily been one of the most memorable weeks of my life, and there's still two days to go. It began on Sunday with an Alitalia flight from New York with amazing food, followed by a full day of eating pizza, pasta and a whole lot more in Rome. Then, MegaDo kicked off Wednesday morning, with a full day of events with Austrian Airlines, the world's best in-flight caterer and Star Alliance member.

But that was nothing compared to Thursday's excitement, which began with a charter flight from Vienna early in the morning, followed by an afternoon at Brussels Airport and an evening at the Park Hyatt Mallorca. That's right — I ate breakfast in Austria, lunch in Belgium and dinner in Spain. What a whirlwind!

Our special Brussels Airlines A320 charter flight was scheduled to depart Vienna at 8:20am, so I left the hotel around 6:40am, arriving at VIE 10 minutes later.

We had received our boarding passes at the Star Alliance party on Wednesday night, so I was able to walk straight through the Fast Lane, where I cleared security in less than a minute. Shortly after that, I was in the Austrian Business Lounge — I could have used the Senator Lounge, instead, but I didn't have my United Premier 1K number attached to my reservation.

Around 8:00am, the group began boarding our special A320 — everyone at MegaDo is a VIP, so the scene resembled what you might experience in the elite line for a hub-to-hub 777 flight.

The first flight today was operated by Brussels' special Tintin-liveried A320.

After a short delay, we were in the air, and the festivities began.

First up was a breakfast service, followed by Champagne and other alcoholic beverages, soft drinks and juices. The catering was outstanding for such a short flight.

Upon arrival in Brussels, we were escorted across the terminal to waiting tour buses. Brussels Air agents handed us boxes of chocolate and water bottles as well — those Neuhaus chocolates were out of this world!

We stayed on the bus for most of the tour, but we did have a chance to hop out to check out some of the airport's heavy equipment, including this enormous snow plow.

There was also time for plane spotting, of course.

We then got a tour of the terminal, including some hands-on time with Pepper, the airport's new humanoid assistant.

The highlight for much of the group was a visit to Brussels' maintenance hangar, where engineers were working on an Airbus A330.

We couldn't check out the cabin, unfortunately, but we did get to look inside the cargo bay, and get up and close with other aircraft components.

We then had a chance to check out Brussels Airlines' new lounge, The Loft, which was especially crowded once the 100+ MegaDoers arrived.

Former TPG intern Kevin Song is among the MegaDo attendees — the gentleman on the left is not.

Not that I was hungry at that point, but I was certainly tempted by the Belgian waffles in the terminal. Whoa!

Soon enough it was time to head to our flight to Mallorca, this time operated by Magritte, with a livery designed to honor the famous Belgian artist.

Boarding was chaos yet again, but the staff was patient despite the excitement.

Brussels Airport staff handed us goodie bags as we boarded, including an A320 model, which several passengers — myself included — assembled right away.

After takeoff, flight attendants came through with lunch — the second lunch for most of us.

After landing in Palma, we drove an hour to the Park Hyatt Mallorca, which is located across the island. With dozens of guests checking in, the staff was clearly overwhelmed by our arrival.

Any snags at check-in were quickly forgotten as we walked out to the courtyard for a spectacular sunset reception.

I then popped out to explore my nearly 1,100-square-foot Park Suite King — I booked a base room at the MegaDo rate of €379 ($453), then applied one of my Globalist upgrades to confirm a suite at booking.

I didn't think it would be possible to top the first day of this year's Star Alliance MegaDo, but today's three-country tour really blew me away. It's been a long day — I'm just eating dinner right now (that's me with the laptop glow below) — but Thursday, September 21, 2017 was clearly one for the record books.