Articles
Darren Murph holds a Guinness World Record as the planet's most prolific professional blogger. He's an explorer at heart, having traversed nearly 50 countries and all 50 US states. He's flown over one million miles on Delta alone, and serves as a senior writer at TPG.
Follow
Dec. 17, 2018
•
5 min read 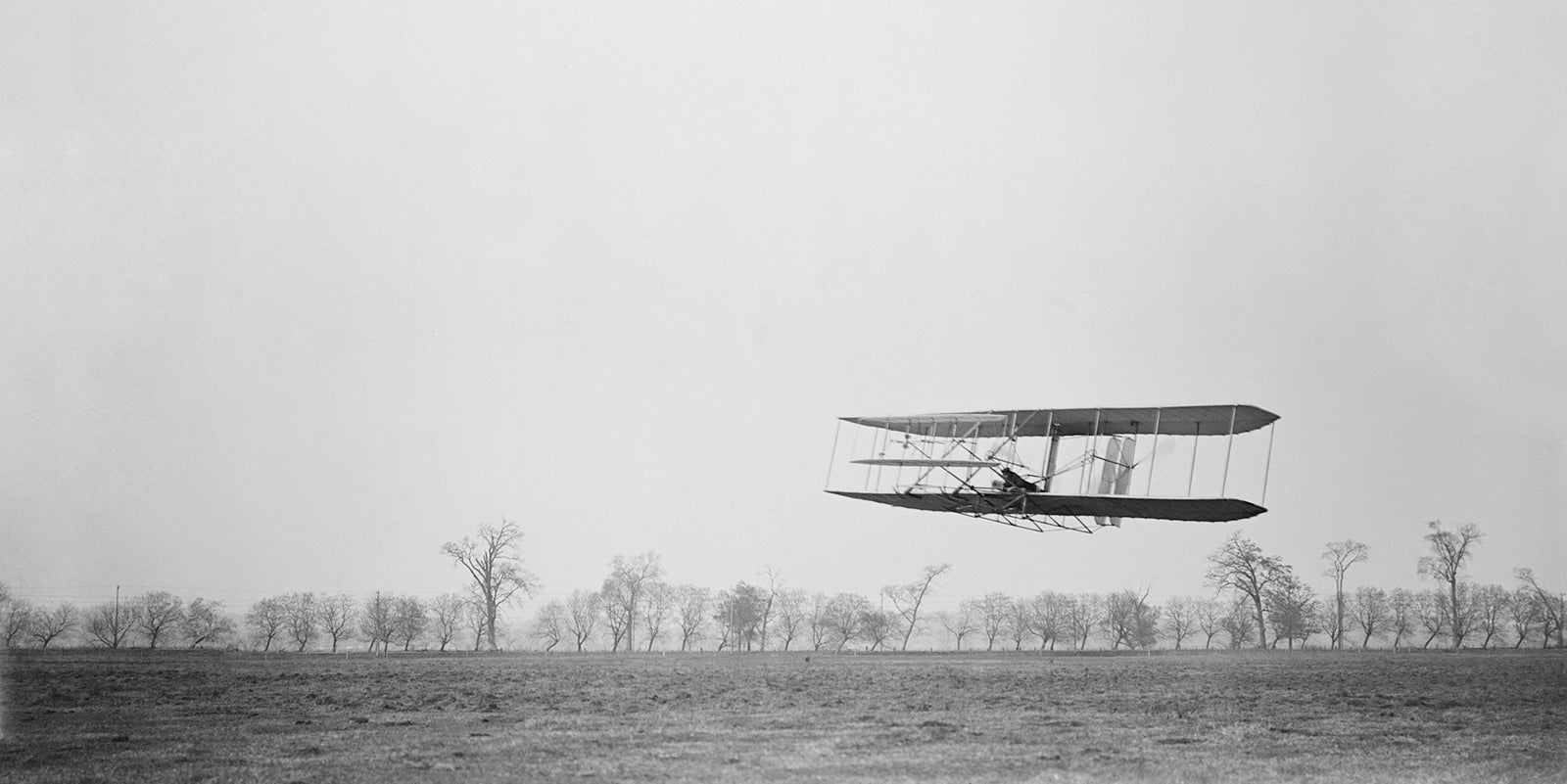 Some 115 years ago Monday, a powered aircraft took flight along North Carolina's coast. The Wright Brothers made four flights in total on Dec. 17, 1903, with the first lasting just a dozen seconds and the final taking just under a minute. As Flightradar24 aptly points out, there are more than 15,000 powered aircraft in flight right this very moment.

A lot has changed in the nearly six score since that remarkable day, with the anniversary stirring up conversation here at TPG on some of the current and impending aviation advancements that Wilbur and Orville Wright never saw coming.

We Can Fly Nearly Halfway Around the Globe... Without Stopping

Orville's first flight covered an impressive amount of territory, all things considered. 120 feet of pure, unadulterated exhilaration. Earlier this year, we sent two of TPG's finest on today's longest commercial flight, a 9,500-mile trek from Newark (EWR) to Singapore (SIN), spanning some 18 hours in the air. Zach Honig reviewed the journey in business class, while JT Genter gave his perspective on premium economy.

Each of these gentlemen covered 418,000 times more ground on their nonstop flight than Orville's first nonstop flight. And, if you really wanted to, you could pony up for a private Boeing 777X and fly just about halfway around the entire world without stopping. Hashtag, progress.

An Entire Civilization Fits on a Single Plane

When the Wright Brothers first lifted off in Kitty Hawk, North Carolina, Dare County was home to around 4,700 people. Two years after completing their first test flight, they modified the 1905 Flyer to include two seats. If every county resident wanted to fly at that time, it would've required 4,700 flights and an incalculable amount of coffee ingested by the pilot.

Today, all of Dare County — 35,000 sun-loving residents — could fly to Asia from their home state on just 86 Boeing 747 superjumbo jets. Crazier still, the original 4,700 who called the county home during the first Wright Brothers flight could nearly fit on KLM's remaining 747 fleet alone!

The Wright Brothers no doubt felt a sense of disbelief when lifting off for the first time. There was a clearly defined gap between the original Flyer and terra firma. Today, thanks to satellites, engineering and perhaps a few vials of pixie dust, we're able to watch multiple channels of live television while hurtling through the air some six miles above the Earth's surface.

To boot, today's transcon flights are routinely viewed as mobile offices thanks to inventions such as Gogo 2ku and JetBlue's Fly-Fi powered by Viasat, which provide (relatively) high-speed internet connections even while flying over regions of our planet that lack basic cellphone service.

Orville and Wilbur most likely didn't envision airplane interiors advancing to the point of today. The Delta Flight Museum, which impressively chronicles the evolution of The Huff Daland Dusters in 1924 to Delta Air Lines of today, does a fabulous job of depicting how far airline comforts have come.

We've graduated from a few planks nailed together to Etihad’s The Residence, JetBlue Mint, Delta One Suites, Qatar QSuite and a Cathay Pacific first-class experience so comfortable that our own Samantha Rosen actually yearned for her 15-hour jaunt from Hong Kong (HKG) to Boston (BOS) to be longer.

By 2020, we may see bona fide sleeping compartments on Airbus planes, not to mention a full-scale fitness center on certain Qantas flights.

Sure, astronauts have been traveling to the next frontier for decades, but commercial space travel? 'Twas but a pipe dream in 1903. Just this month, Virgin Galactic’s VSS Unity rocket reached suborbital space for the first time during a manned test flight, with SpaceX and Blue Origin sharing the goal of making space travel just as commonplace as jet service between New York to Los Angeles is today.

In November, Branson said that Virgin would make it to space before Christmas, and in a recent podcast with TPG’s Brian Kelly, the founder said that he will travel into space in 2019. Once more testing is complete, Virgin will start flying the 600+ people who prepaid for flights to space, albeit only for a few minutes per trip.

Fast forward another 115 years, and perhaps we'll be looking back on this first trip to space with nostalgic eyes, instead fixing our forward gaze to commercial travel between planets.