Articles
Mike Arnot is the founder of Boarding Pass NYC, a New York-based travel brand and a marketing consultant to airlines. A private pilot, he can sometimes be found above the skies of New York City.
Follow
Aug. 26, 2018
•
5 min read 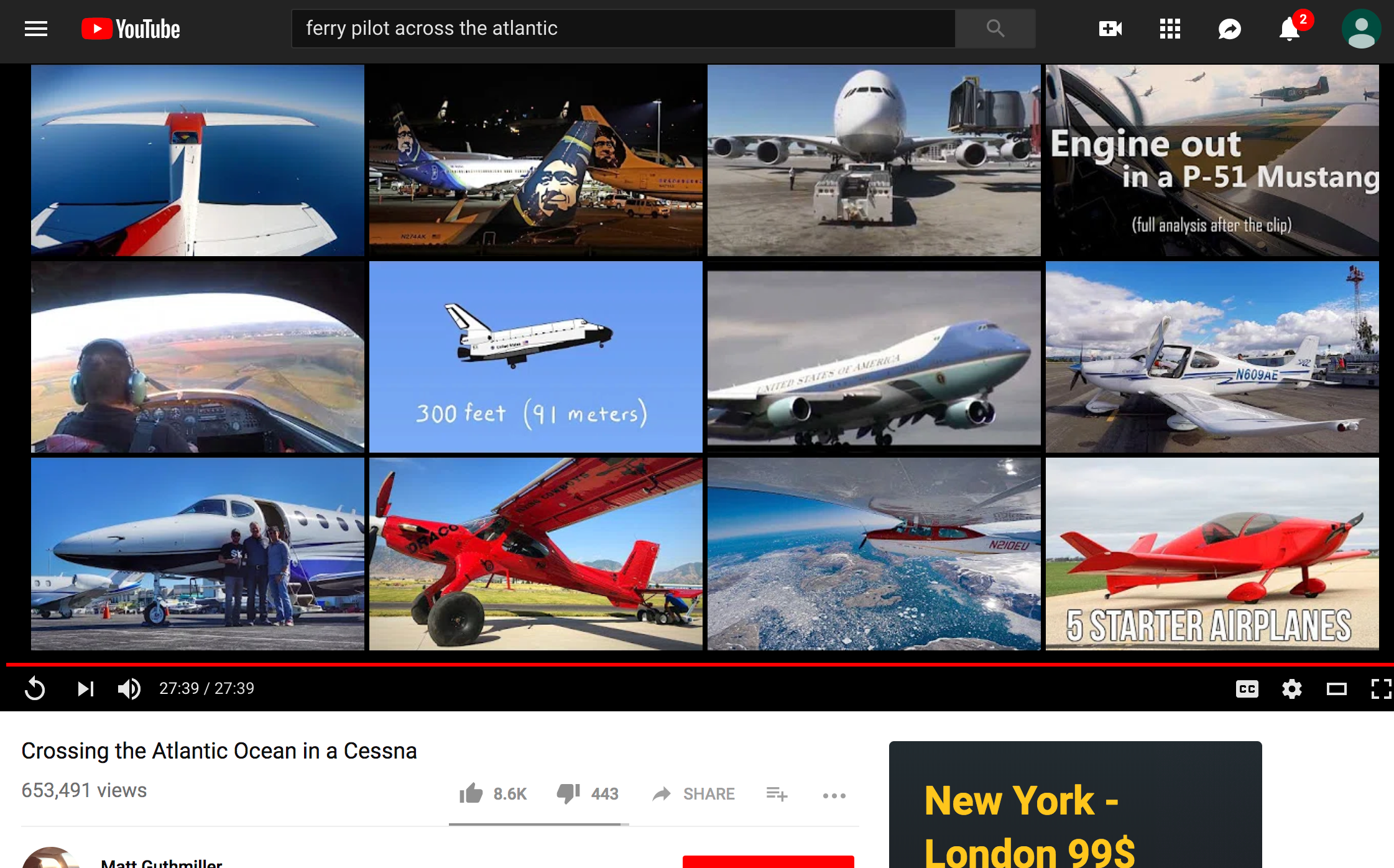 10 Great Aviation Documentaries to Watch on YouTube
This post contains references to products from one or more of our advertisers. We may receive compensation when you click on links to those products. Terms apply to the offers listed on this page. For an explanation of our Advertising Policy, visit this page.

AvGeeks love to surf around YouTube. There, you can find audio of JFK ATC reprimanding an Air China pilot, incredible landings in crosswinds and plane-spotting at airports around the world. But Youtube also features longer-format documentaries to whet your appetite for all things airplane.

(You'll note that many of the best documentaries come from across the pond. The Brits seem to herald their aviation industry and aeronautical history more than we do here in the US.)

1. How to Build A Jumbo-Jet Engine

The biggest advances in aviation have always come from the engine makers, who innovate to reduce fuel costs with every turn of their fan blades. Rolls-Royce is one such innovator; the longtime plane engine maker has the Spitfire's Merlin piston engine and the Trent 1000 (which powers some of the Boeing 787 Dreamliners) to its credit. Just consider that a Trent engine moves 1.2 tons of air per second, with 90 tons of force on each fan blade at full thrust. Jet engines are an engineering marvel and you can learn more about them with this BBC documentary.

It's an oldie but a goodie: A 1990 documentary that features how the Queen of the Skies was designed and built, including footage of its first flight. The video quality is poor and the soundtrack is downright 1990, but it's a fascinating story, especially as passenger 747s become more and more scarce.

3. The Battle of Britain and Bomber Boys, with Colin and Ewan McGregor

Colin McGregor is a former Typhoon fighter pilot in the Royal Air Force. He's also the older brother of actor Ewan McGregor. Together the brothers paired up to create two documentaries with British producer Timeline. The first is The Battle of Britain (where Colin McGregor learns to fly a Spitfire) and the second is Bomber Boys, released in June 2018 (where the McGregors climb aboard one of the last Lancaster bombers flying today.) Timeline has created a number of excellent historical aviation documentaries. The Battle of Britain features the Spitfire, possibly the most beautiful aircraft ever made.

"It sells Britishness as a mark of quality," the narrator intones. A very British airline and a very British documentary to boot—a series of three one-hour documentaries about British Airways. It's a fascinating look into the day-to-day of the 45,000 staff of the airline—from training recruits to maintaining planes, from night operations to how they brought online their then-new A380 aircraft.

5. Flight and Fights: Inside The Low-Cost Airline

Quite distinct from BA are Ryanair and Easyjet, who compete head to head for low-cost travel in Europe. This deep-dive documentary shows just how Ryanair pioneered the low-cost carrier concept, doing it better than Southwest Airlines, the granddaddy of them all. There's also an interesting contrast between Ryanair CEO Michael O'Leary and Easyjet founder Sir Stelios Haji-Ioannou. I've flown on each airline just for the hell of it and to observe. This documentary allows you to do the same without experiencing very tight legroom.

6. Concorde: A Supersonic Story
"This is the story of an aeroplane that went beyond pure mechanics to become a dream in the sky," the narrator says, and she's not wrong. Go behind the scenes of Concorde—how it was conceived, designed, and ultimately failed—including an in-depth discussion of what went wrong on the fatal Air France flight in 2000.

Another great documentary from Timeline, this is a very British-influenced story of how the sound barrier was shattered in 1947 by Chuck Yeager (who is, in fact, American.) The feat required much bravery, as the Bell X-1 (and any aircraft of the day, for that matter) had poor handling characteristics as it approached the speed of sound. Couple this with the book The Right Stuff and you'll have a good sense of how breaking the sound barrier opened the gates to space travel.

8. Dreamliner: Inside the World's Most Anticipated Airliner

A CNBC documentary showing off the Boeing 787 Dreamliner. Made mostly of composite materials, the fuel-efficient aircraft is a dream to fly. The documentary follows along the finishing touches of the 41st airliner off the line, delivered to Japan's ANA. If you've never had the chance to visit the Boeing Museum in Seattle, this documentary might make you want to book a flight. If you search YouTube, you can also find documentaries about the Airbus A380 as well as how it's made, but that seems less relevant these days.

The US Air Force's SR-71 Blackbird flew faster than a speeding bullet. This documentary starts with the super-secret Lockheed Skunk Works project and interviews a number of SR-71 pilots, including Major Brian Shul. The documentary features plenty of surface-to-air missile evasion and incredible footage—the plane flew at 80,000 feet and could go above Mach 3, or 2,300 mph. For true AvGeeks wanting more, here's Shul describing the famed "Speed Check" anecdote, possibly the coolest pilot story since the Wright brothers.

10. Crossing the Atlantic Ocean in a Cessna

A series of YouTube videos document an epic journey by pilot Matt Guthmiller just as interesting as any in this list. Guthmiller is the youngest person to fly solo around the world, and here you can join him as he departs the US bound for Europe via Iqaluit in Canada's far north, and then even farther — White Walker territory, north of the Wall. The crew needs to wear survival suits as they make the crossing. Fun times: learn how they go to the bathroom up in the air in a small plane.

Mike Arnot is the founder of Boarding Pass NYC, a travel brand, and a private pilot.