Articles
Gene Sloan has written about cruising for more than 25 years and for many years oversaw USA Today’s award-winning cruise site. He’s sailed on more than 150 ships.
Follow
May 26, 2020
•
11 min read 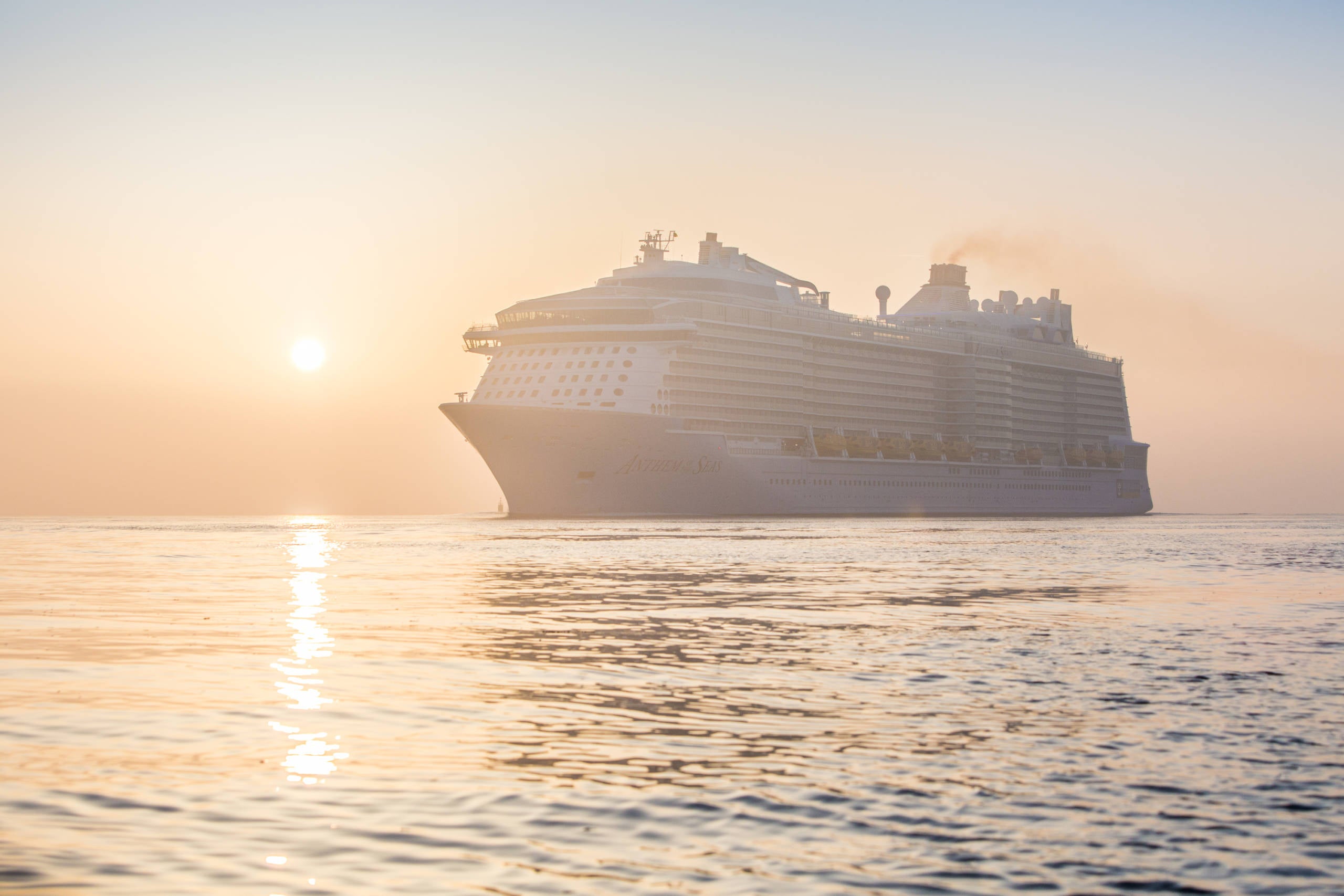 Did your cruise just get canceled due to the coronavirus outbreak?

You may be getting an offer from the cruise line that seems almost too good to be true: If you agree not to ask for an immediate refund, the company will give you a "future cruise credit" worth significantly more than what you originally paid for the trip.

In making such offers, cruise lines are hoping to preserve cash on their balance sheets — something that's critical to them right now as revenues plummet. And they're making the offers enticing.

Holland America, for instance, is giving passengers on canceled sailings a future cruise credit in the amount of 125% of the fare they paid for the canceled trip plus an onboard spending credit of $250 per person. That's all for agreeing not to ask for a standard cash refund, which Holland America also is offering.

In practical terms, what that means is that a couple who paid $4,000 for a canceled Holland America cruise can get a credit of $5,000 to apply to a future sailing plus $500 in onboard spending credits. Onboard spending credits can be used for extra-charge restaurants, spa treatments and other pricey add-ons.

It sounds great, doesn't it? Who wouldn't want the chance to pick up free money? But here's our advice: Skip the future cruise credits. Take the cash.

It's still unclear how and when travel around the globe will restart. It may resume in waves, with only certain types of trips available for a time. Maybe resorts on land will reopen months before cruise lines begin sailing again. Maybe flights will resume to Asia before Europe, or vice versa. Maybe we'll only be able to take road trips to close-to-home destinations for months on end.

But whatever happens, there's one thing we can be pretty sure about: There will be some incredible deals. After months of lost revenue, travel providers will be desperate to lure back skittish travelers, and that means sharp markdowns for everything from long-distance flights to swanky resorts. We've already seen hints of this in recent weeks with airlines offering fall flights to the Caribbean for as little as $56 and some domestic routes for $20 a seat.

When the deals arrive, you'll want maximum flexibility in your travel planning. That means access to cash, not credits. You'll want to be able to pounce at the very best offers.

Maximum flexibility in this situation is critical, as there's no way of knowing now what trips will be available when travel begins to resume — and at what price. It's also possible cruises won't be among the best deals around. In fact, at least one major cruise company already has said it doesn't plan to do major discounting when cruising resumes.

Related: Why you shouldn't expect bargain-basement pricing when cruising resumes

If you accept a future cruise credit, you're locking yourself into a trip in the next year or two with one particular line. If you take the cash, you'll have access to a world of opportunity.

Itineraries may not be the same when cruising resumes

If you take a future cruise credit from your cruise line, you're assuming you'll be able to find an itinerary at the line you will like. But that might not be the case.

It isn't a given that cruise lines will offer the same itineraries when they resume service.

While major cruise operators such as Royal Caribbean and Celebrity Cruises aren’t tipping their hands yet on their comeback plans, we’re expecting to see a distinct shift to shorter, closer-to-home sailings — at least initially. Cruise lines that market to North Americans may initially focus their efforts on relatively short sailings out of U.S. ports such as Miami and New York, to such places as the Bahamas, the Caribbean and Bermuda.

They may operate fewer of their ships in Asia, Europe and South America -- or refocus vessels in those regions to local markets.

Related: Here’s how to cancel or postpone a cruise due to coronavirus

Then again, they might not. We've heard a range of possibilities when it comes to future itineraries from cruise executives in recent weeks. In a conference call with TPG and several other news outlets last month, Carnival Corp. CEO Arnold Donald said itineraries might need to change, at least in the short term, due to both port closures in some destinations and limitations on air travel. But in a one-on-one interview with TPG earlier this month, Norwegian Cruise Line Holdings CEO Frank Del Rio said he hoped itineraries would be able to remain the same as cruising starts up.

Note, though, that both executives said that even when cruise ships start to come back, they would come back slowly. Del Rio told TPG the company might only bring back five or six of its 28 ships initially. It then would put a few more ships into service every month. Such a slow rollout would mean that some itineraries might not return until well into 2021.

Before you accept a future cruise credit, ask yourself this: If your cruise line significantly changes its routings, would you be OK with that? Would you be willing to be flexible on where you sailed with the line? If not, a cash refund may be the better bet.

We don't yet know the new rules for cruising

On April 4, the U.S. Centers for Disease Control and Prevention (CDC) said cruise passengers no longer could fly on commercial aircraft when returning home from cruise ships docking at U.S. ports. Until the order is lifted, cruisers only can travel home from U.S. ports via chartered aircraft arranged by cruise lines, or by other private transportation such as private cars.

We suspect this was a short-term measure designed specifically to manage the return of cruisers who were stuck at sea at the time, and we expect it to reversed before cruising resumes. But we don't know what other new rules for cruising could soon be in place.

Related: Could cruising resume in August? That's the new plan at Carnival

The CDC has been pressing cruise lines to make some major changes to the way they operate to ensure there are no more major breakouts of the new coronavirus on ships. Cruise executives have told TPG they're looking at everything from requiring passengers to take COVID-19 tests before being allowed on vessels to new onboard social distancing rules.

Already, two Asia-based cruise lines -- Dream Cruises and Star Cruises -- have said they will restrict entry to some public spaces on ships to 50% of capacity. Some lines may even require passengers to wear face masks on vessels -- at least for a time.

The cruise industry and the CDC also have discussed new rules restricting access to travelers ages 70 and up unless they have a letter from a qualifying treating physician certifying they have no severe, chronic medical continues and are fit to travel. Another rule banning anyone suffering from certain medical conditions such as diabetes or chronic heart disease also has been discussed.

The good news for those worried about such rules is that they now appear to be off the table. That said, the discussions between the CDC and cruise lines are ongoing.

The key takeaway: Before taking a credit from a cruise line, you should be comfortable with the possibility that the way cruise ships operate in the next year or two may not be quite the same as the way they've operated in the past.

Some cruise lines may not survive

This is a tough topic to discuss. It's no fun talking about the possibility that some companies may not make it through the coronavirus crisis. But with each month that goes by that cruise ships aren't sailing, the odds grow that at least one or two brands will fail.

We've seen this before. In the wake of the terrorist attacks of Sept. 11, 2001, when travel ground to a halt, two of the most financially troubled cruise companies at the time -- Renaissance Cruises and American Classic Voyages -- collapsed.

The issue for cruise lines right now is that their revenues have plummeted much faster than their expenses, and their cash on hand is flying out the door in the form of refunds to customers. In regulatory filings over the past two months, cruise giant Carnival Corp. has said it was burning through $1 billion a month. That's simply not sustainable long term.

Related: Some cruise ships could be laid up for months

"Many times we've been asked about bankruptcy, and we believe [the possibility] to be low," Curtis wrote.

Still, in an environment such as the current one, with the length of the travel shutdown still unknown, you may want to think twice before allowing your money to be tied up unnecessarily with a travel company.

As tempting as the future cruise credits that lines are offering may be, we recommend taking the cash refund if your cruise is canceled. In trying times like these, there's nothing like having cash in the bank.

Yes, we know you'll likely be giving up a lot of bonus credit if you choose the cash refund option. That's the downside. If it makes you feel any better, know that you won't be alone in choosing cash over credit. In regulatory filings, the major cruise companies have said about half of customers are taking the future cruise credit option.