Articles
Devorah Lev-Tov is a contributing writer to TPG and TPG Family, as well as Travel + Leisure, Afar, Robb Report and The New York Times. She lives in Brooklyn with her husband and young son and travels everywhere from Bolivia to Hong Kong to Tel Aviv.
Follow
Dec. 18, 2019
•
10 min read 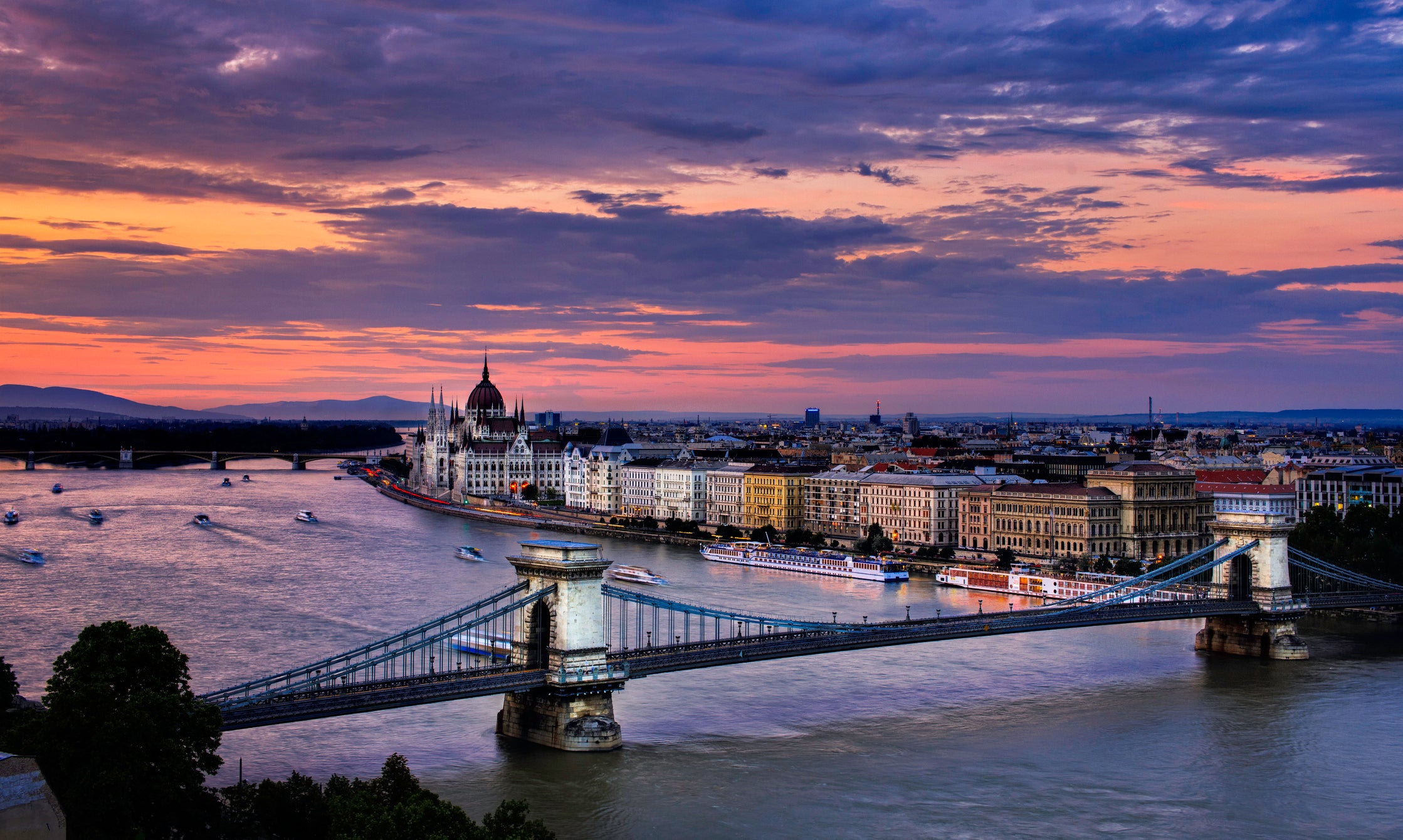 Some of us first go to Europe as study-abroad students, but many of us never make it across the Atlantic until later in life. I was one of those latecomers, arriving in Europe for the first time in my late 20s.

I’ve been dozens of times since then, but no matter how often you explore Europe, or whether you do it alone, as a couple, with friends or with your family, the first time is always the most exciting and memorable. Europe can be overwhelming, but figuring out how to make the most of your trip is not impossible. These tips will help ensure your first trip to Europe goes smoothly — and that you’ll go back again.

Related: The best ways to get to Europe using points and miles

Pick which city to fly into by comparing costs

Europe is small compared to the U.S. and it's easy to land in one country and go visit others by train or cheap, short flights. Pick a region of continental Europe -- western, central, eastern -- or the U.K., and then choose your destination city because flights there are the cheapest. Be careful, however, of low-cost carriers which charge for extras like bags, seat choice and water.

Airlines flying to certain cities like Dublin or Kraków, which is one of TPG's 20 hottest travel destinations of 2020), are known for having low fares, or offering tickets for very few miles or points. But be careful -- some airlines, like British Airways and Virgin Atlantic, may not charge a lot of miles to get to London but often charge astronomical taxes and fuel surcharges, so be sure to check all airlines for the best deal. And watch for award-redemption deals. Business-class flights on American Airlines to Europe were pricing out at 84,000 AAdvantage miles round-trip just this week. Tips and tricks abound for how to take advantage of these deals.

Related: How vacationing too long in Greece almost got me banned from Europe

You can’t do everything

One of the most common mistakes that first-time visitors to Europe make is trying to cram in too much. Unless you’ve got several months (or years), you won’t be able to see every recommended museum, historic building, neighborhood, city or country. Instead of trying to check off multiple places in one week, focus on one or two cities that you can experience more thoroughly and allow time to get off the beaten tourist track occasionally.

In some of the larger cities, you won’t even be able to see all the museums and attractions in one go. After all, a thorough visit to the Louvre in Paris can take a half-day or longer. Better to fully enjoy it than try to hit everything else there is to see in the City of Light in one trip. In Europe, there are just too many “must-sees.” I recommend at least three nights in larger cities and one to two in smaller cities and towns. Also, building in one day of relaxation per week will make your trip more enjoyable.

Although some of the low-cost carriers like Ryanair and EasyJet offer tempting ultra-cheap airfares within Europe, taking the train is often the better option. No need to deal with extra security time, zero legroom or tons of hidden fees that add up fast. Plus, it’s hard to deny the romance and epic scenery of train travel in Europe.

If you’re staying within one country, take the local trains for high-quality service and some of the best trains in the world. If you’re visiting multiple countries, the Eurail Pass has you covered. The Eurail Pass provides access to 31 countries and roughly 40,000 destinations. Use its recently launched Rail Planner mobile app (which also works offline) to check train schedules, book reservations and plan trips on the fly or in advance. Travelers can see their whole route as a day-by-day itinerary and routes can also be tracked on the map.

An added bonus is that Eurail passholders get dozens of additional discounts and benefits in each country at places like hotels, restaurants, attractions and museums, and for local transportation.

Related: How to plan a train trip around Europe

Although Europe is small and many cities are surprisingly close to each other (London to Paris is 2.5 hours by train; Rome to Florence and Brussels to Amsterdam are each about three hours), many people forget to build in this travel time into their packed itineraries. Even on short flights (less than an hour), you need time for security and dealing with baggage.

Walk and use public transit

Most European cities are extremely pedestrian-friendly and walking is often the best way to experience them. You can meander down alleys and narrow cobblestone streets, stopping at charming cafes and small ateliers you might never have discovered otherwise. Although it may seem easy to take a taxi, sometimes it can be hard to decipher local taxi laws and tourists can be targeted by illegal cab drivers. If it’s too far to walk, look into local public transit like subways, trains and buses which are often easier to figure out than you may think — and super cheap. Plus, there’s no better way to feel like a local.

Get a credit card with no foreign transaction fees

Make sure you have a credit card that doesn’t charge foreign transaction fees. If vendors ask whether to charge you in the local currency or U.S. dollars, always choose local currency and let your bank do the conversion to dollars. Most vendors in major cities accept credit cards but it’s always a good idea to carry some local currency.

Here’s a quick list of some of TPG’s favorite cards without foreign transaction fees:

The information for the Capital One Savor Cash Rewards Credit Card, Amex Green Card, and Hilton Aspire Amex card has been collected independently by The Points Guy. The card details on this page have not been reviewed or provided by the card issuer.

Some of Europe’s most popular attractions are closed on certain days of the week — and not the days you assume (like Mondays). Check museum hours carefully and plan accordingly. It’s a good idea to buy tickets for popular museums and attractions online in advance, especially in cities like Paris, because times may be sold out or there may be long lines to get in without an advance ticket. City Passes may be worth it if you’ve got several pricey attractions on your list.

Costco sells discounted passes for many city attractions. For example, a four-day London Pass with hop-on, hop-off bus access costs $125.99 per adult. The official London Pass website doesn't sell a four-day ticket but a three-day pass costs $142.99 per adult, so Costco's offering is definitely a deal.

Related: Does the Costco Anywhere Visa deserve a spot in your wallet?

It’s common in many cities for waiters to set down a bread basket at the start of a meal but you may be charged if you eat it. The same is true for water — bottled water, which does cost money, is typical at most restaurants and you may get a strange look if you ask for tap water.

Be open to experiencing local foods, customs and language. Europe can sometimes feel like the United States, but it’s not. Things are different there, which is part of its charm.