Articles
Dan Miller is a miles and points expert and contributor to TPG. He also is the founder and editor of Points With a Crew, a site that focuses on helping families (especially larger families) use miles and points to travel for free / cheap. He lives with his wife and 6 kids in Ohio USA.
Follow
July 01, 2019
•
7 min read 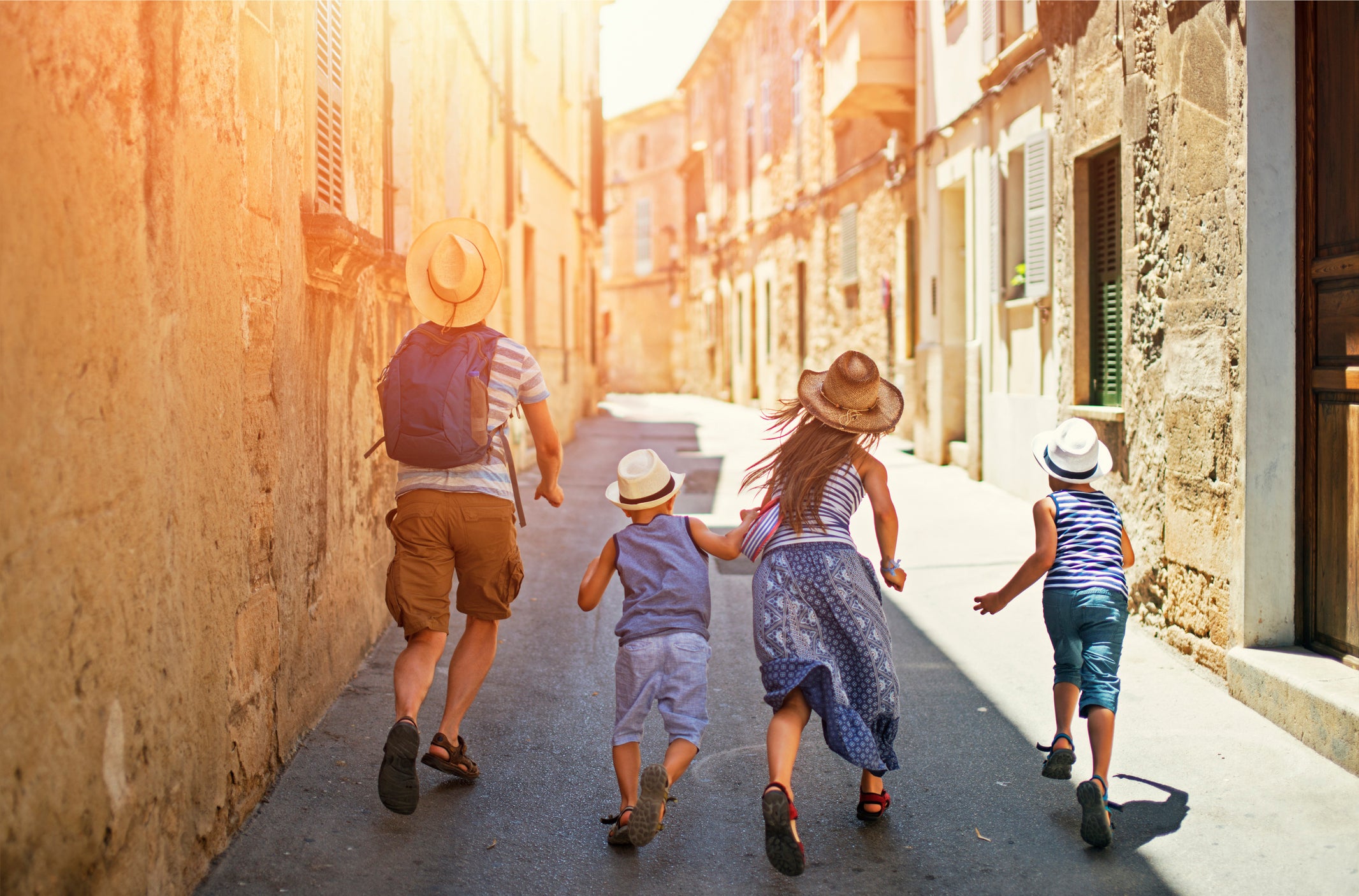 My family of eight recently returned from our first international vacation all together. We have taken many trips as an octet inside the US and portions of our family had gone overseas together, but we'd never flown internationally with everyone at once. We booked (economy) cash tickets on a deal similar to this one, paying about $350 roundtrip for an itinerary of Newark-Lisbon-Barcelona. (Lisbon was a three-day stopover outbound.)

We used our Citi ThankYou points to book a good cash airfare deal. Redeeming those points at a fixed 1.25 cents each instead of transferring to partners isn't necessarily the best use of the points, but to book all eight of us where we wanted to go and when we wanted to be there -- it was a win. Here are some other cards that offer fixed-value points you can use in that manner, as well as some of the best ways to redeem traditional airline miles to travel to Europe.

Now that we're home the US, I thought I'd share six takeaways from our first international vacation for eight.

Jet lag is rough, but one of our best tips to avoid jet lag is to start tricking your before you ever get on the plane. This means updating your watches, cell phones and computers to your destination's time zone as early as possible. Don't play the "but-it's-only-1pm-back-home" game. That just delays the transition. We set our clocks to Lisbon time while we were still at the Newark Liberty Airport. Making our brains and bodies think that it was already 11pm when we got on the plane helped everyone to settle in for sleep more easily.

On the return flight to the US from Lisbon, even though we had had already had a full morning getting up early to catch our connecting flight in Barcelona, we set our watches back to New York time, which was 8am. Telling yourself that the meal served on the flight back was breakfast helped.

Power Through the First Day

Along those same lines, I cannot overstate the importance of powering through that first day. It's hard if you take the early-evening/late-afternoon flights from the US to Europe -- it's tough to fall asleep until the flight is at least halfway there. But when you arrive, drop off those bags and go explore even if you are zonked.

When we arrived in Lisbon, we finally came back to the Airbnb around 6pm and crashed until 10am the next morning. That did the trick to reset us to local time.

It's OK That Everything's Not Awesome

About halfway through our three-week itinerary, everyone was getting on each other's nerves and we were not having a good time. To quote "Lego Movie 2," which we all watched on the flight over, everything was not awesome.

But just like in the movie, admitting that everything is not awesome helps you focus on what is good and what you can change. It's easy to think, "I'm in Europe, we should be having an amazing time. What's wrong with us?" But that's just not realistic 100% of the time. In our case, we took a page out of my software developer's handbook and had a family "retrospective" where everyone shared things they had liked about the trip, things that they didn't like and things they wanted to change for the second half. Some of that feedback was tough to hear as a parent, but it helped everyone to air their feelings and reset the vacation.

I know that having kids help plan family trips helps them to feel more involved, but I didn't do a great job initially of fully bringing them into the process. On this trip, we learned that in addition to letting the kids have a say on the destination, it's important to let them plan some of the more mundane day-to-day.

So for the last half of the trip, we assigned one or two people to be "in charge" of each day. They planned activities and assigned chores for that day.

One of the things my daughter suggested was finding a local shopping mall in Spain. It offered normal mall attractions -- but we also were surprised to find that it had been built over ancient Roman ruins and an early Christian cemetery, which was preserved in its original space in the mall parking garage.

I knew that Europe not only has different electrical plugs but also works on a different current (220 volts vs. 110 in the US). We had brought two different power adapters, including one that had four USB inputs. But that was still not enough to charge our family's array of phones, computers, tablets and other electronic devices. However many you think you need, consider buying more.

Also remember that while most devices can handle the increased voltage with an adapter, some cannot. Hair dryers are the stereotypical problem, but we also learned that Nintendo 2DS systems can't handle it, even though we had an adapter.

Be Prepared for Different Security Scenarios

Flying in the US, we are accustomed to airport security procedures. We all have Global Entry and PreCheck as perks on various credit cards, we keep everything on or in bags and generally we are through security in 5-10 minutes.

Internationally, the rules are different. Here are a few things we encountered:

I hope that these tips and tricks help you plan your family's international vacation. Got a tip to share? Leave it in the comments.