Articles
Emily McNutt is The Points Guy's Global News Editor and is based in London.
Follow
Feb. 10, 2019
•
7 min read 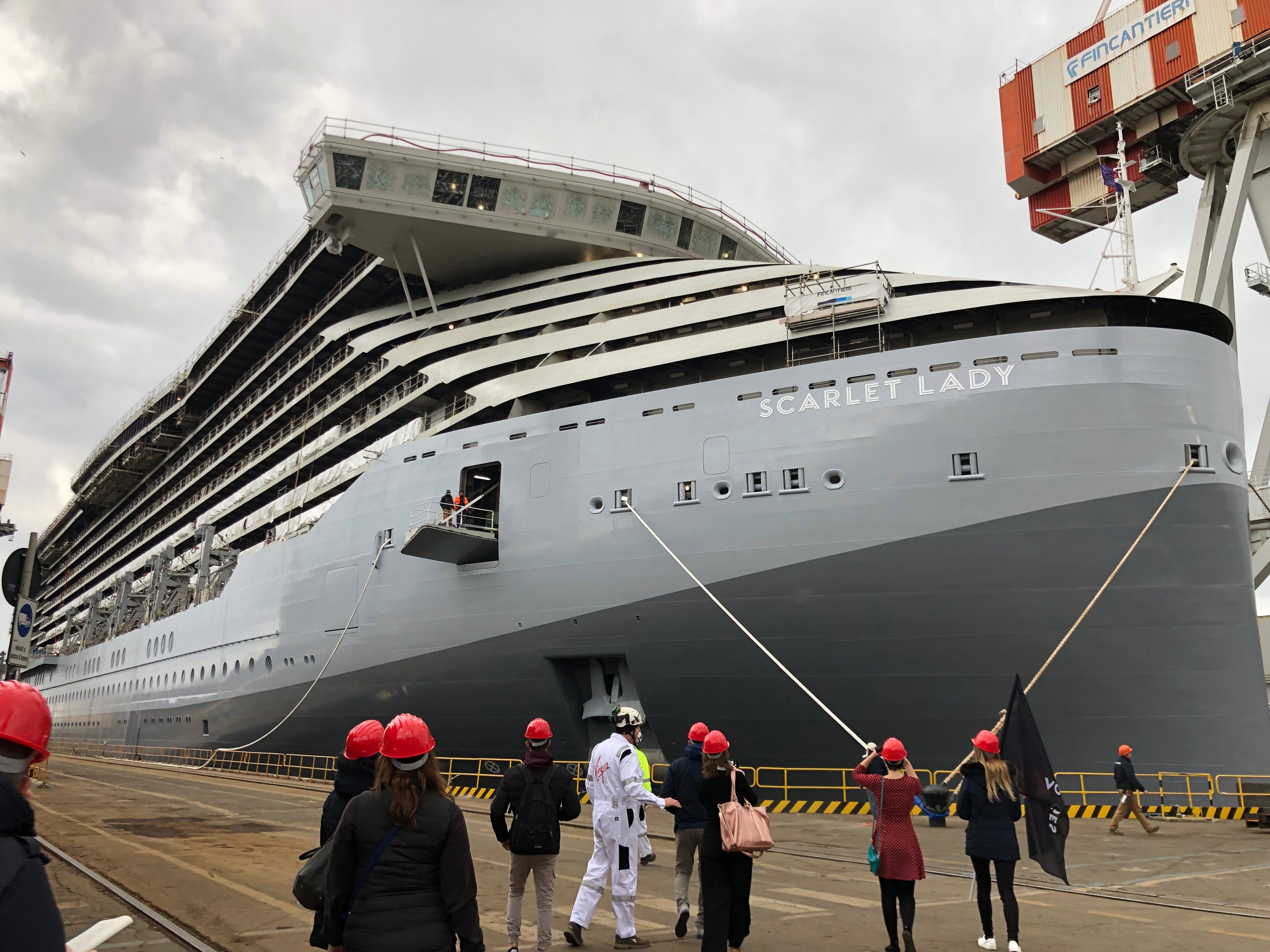 Your First Look at Virgin Voyages' Debut Cruise Ship
This post contains references to products from one or more of our advertisers. We may receive compensation when you click on links to those products. Terms apply to the offers listed on this page. For an explanation of our Advertising Policy, visit this page.

Virgin Voyages wants to make a major splash into the cruise market when it debuts in 2020. But instead of jumping on the industry-wide trend of building oversized vessels and fighting for the title of "biggest" at sea, Virgin's hoping to win over cruisers — and even never-would-I-ever cruisers — by offering a product that's simply unlike anything else.

Not only is the cruise line taking the adults-only route, by offering its sailings only to passengers who are older than 18, but it's aiming for a more yacht-like experience. Sure, you might be on a mid-sized cruise ship, but the furnishings and accents on board were designed to make it feel like you're cruising around Croatia during Yacht Week.

While Virgin Voyages' first cruise won't set sail until April 2020, the excitement is already palpable. On Saturday in Genoa, Italy, representatives from the cruise line showed off the first "Lady Ship" — called Scarlet Lady — to members of the media. Though it's just one year away from its debut, there's still an awful lot of work that needs to be done until Scarlet Lady is in its final form.

Scarlet Lady is the first of four ships that Virgin Voyages has on order. It'll take delivery of the first in 2020, with subsequent deliveries coming in 2021, 2022 and 2023. Come 2020, Scarlet Lady (which AvGeeks will recognize as the mermaid figure that's long appeared on Virgin Atlantic liveries), will be based in Miami, cruising around ports in the Caribbean, including cruises to Cuba, Mexico and even a "secret destination."

Representatives confirmed that, sadly, the secret destination will not be Richard Branson's Necker Island.

While the interior of the ship still looks skeletal, with a tangle of bright orange and green wires hanging down along exposed ductwork and hieroglyphic-like cues on the wall, the exterior is near completion. Saturday marked the ship's Float Out, the first time a ship enters the water after construction of the frame on land.

Once complete, the Scarlet Lady will offer a total of 1,330 cabins and 78 so-called RockStar Suites. Each of the standard cabins will offer about 265 square feet of space. Unlike traditional staterooms, which feature a standard bed, Virgin has patented a new design, called a Seabed, which can essentially be reconfigured from a bed into a sofa.

During the day, the sofa is meant to encourage socializing between passengers. At night, it can be converted into a standard bed. Outside, each balcony will feature a hammock.

Lighting (both mood lighting as well as standard lighting) can be controlled from an in-room device. And the bathroom will be slightly more spacious than cruisers might be used to — especially the rainfall-style shower.

Up on Deck 15 will be two gleaming, 2,147-square-foot Mega RockStar Suites (not quite the palatial 4,443-square-foot Regent Suite on the forthcoming Seven Seas Splendor, but larger than Royal Caribbean's Ultimate Family Suite).

Inside, passengers can expect a hot tub, a music room that can be transformed into an extra bedroom, two hammocks, an outdoor shower and more. As of Saturday's preview, there was still plenty of work to be done on the Mega RockStar Suites, just like the rest of the ship.

Like most modern ships, the Scarlet Lady will be equipped with two anchors. TPG got a sneak peek at the moorings of the ship — an area of the ship never seen by passengers.

While the rooms of the ship — particularly the suites — and some of the facilities (think: the first-ever tattoo parlor at sea) may be flashy, the most industry-changing elements of Virgin Voyages will be the line's policies.

Wi-Fi has long been one of the most costly amenities on a cruise. (A premium Wi-Fi plan with Carnival, for example, starts at $17 per day when purchased on board, while Norwegian Cruise Line charges $35 per day for an unlimited premium Wi-Fi package when purchased on board.) When it launches, however, Virgin Voyages will offer free, unlimited Wi-Fi to all passengers.

And typically, only a cruise ship's main restaurants and the buffet are included, with meals at specialty dining venues costing extra. Virgin, however, will offer nine restaurant options, ranging from a vegetarian restaurant (Razzle Dazzle) to a Mexican restaurant (Pink Agave). Passengers will be allowed to dine at any of the nine dining spaces for a meal at the time of their choice and, most importantly, the cost of each meal is included in the cruise.

There will also be a number of bar and club spaces on board, including The Manor, a two-deck club. All will be cover-free.

Oh, and that aforementioned tattoo parlor? Virgin is encouraging its employees to flaunt their tattoos.

There are other small changes, too, though they're probably not groundbreaking enough to lure anti-cruisers. Unlike most cruise ships, for example, the fitness center will be separate from the spa. Downstairs in the spa, each treatment room will feature a porthole for sea views. The spa will also feature its own in-ground pool.

On the top deck, cruisers can expect two separate pool areas: one designed for sunbathing, another meant for use after exercising.

Virgin's booking policy is also pretty flexible. Once booked, travelers can cancel and receive their deposit back within seven days. Additionally, within a few days of booking, you can change a passenger's name free of charge.

Though the Scarlet Lady is far from finished, renderings of what the ship will look like once complete are promising. Now, it's just a full-throttle race against the clock for the final touches to be completed in time for an April 1, 2020 passenger sailing.

All photos by Emily McNutt / The Points Guy.

Featured image by (Photo by Emily McNutt / The Points Guy)