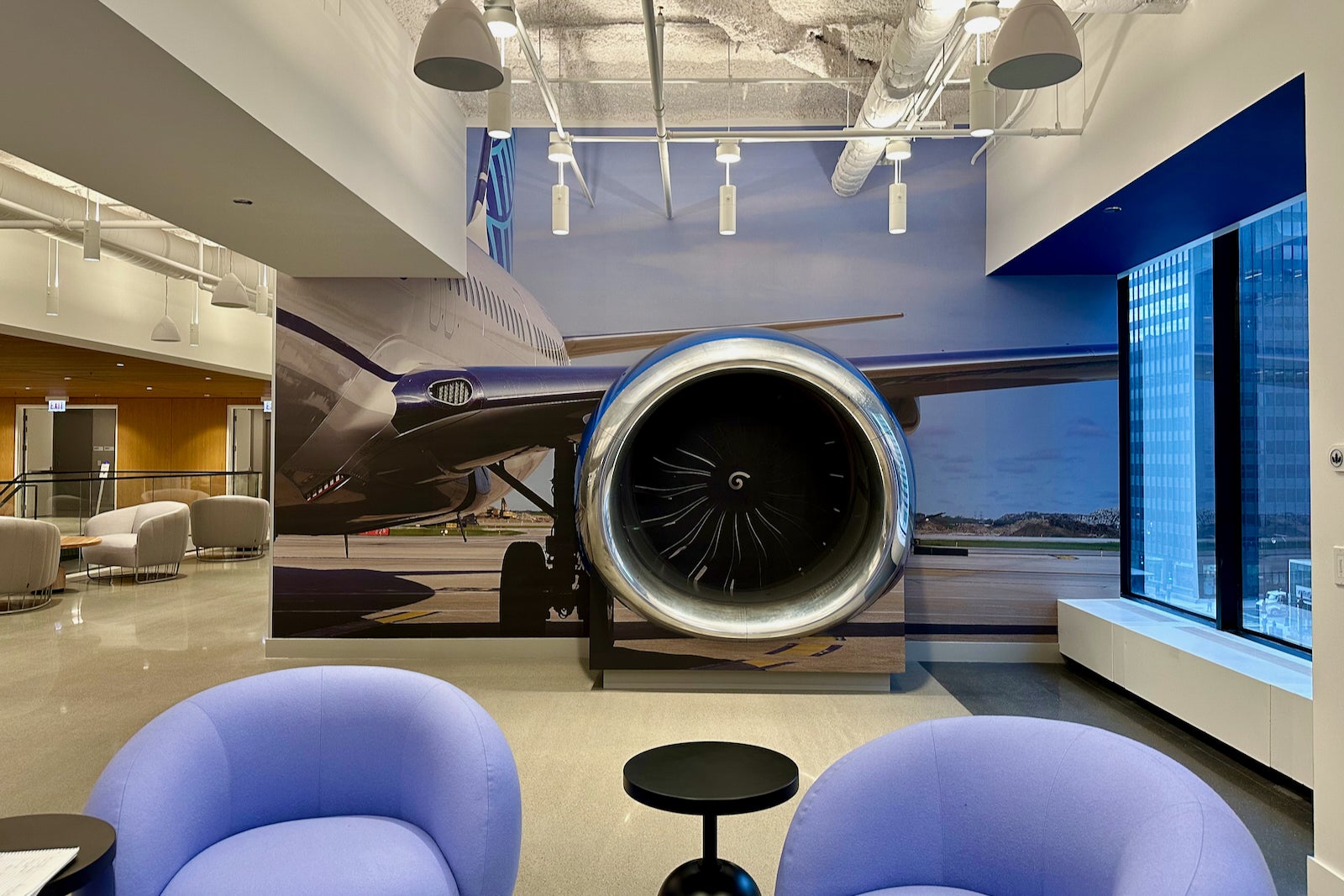 Touring United’s renovated Chicago headquarters in the Willis Tower
This post contains references to products from one or more of our advertisers. We may receive compensation when you click on links to those products. Terms apply to the offers listed on this page. For an explanation of our Advertising Policy, visit this page.

United Airlines is unique among the Big 3 U.S. carriers in that its headquarters aren’t adjacent to a major hub airport.

However, United’s headquarters aren’t in a sprawling campus located outside of the city.

Instead, the airline’s campus is in one of Chicago’s most iconic buildings, the Willis Tower (formerly the Sears Tower), which is about 20 miles from the airline’s hub at the Chicago O'Hare International Airport (ORD).

On a good day, a ride from O’Hare to United’s downtown Chicago headquarters might take 30 minutes. (On a bad day, it might feel like you’re just sitting in a parking lot for well over an hour.)

While United’s headquarters may not be adjacent to the airport, it still sports an aviation-themed design that’s sure to impress even the most casual airline enthusiast.

For one, entering the building might feel like you’re about to board a flight — strict security measures at the Willis Tower mean that all visitors and their bags are screened by metal detectors and X-ray machines.

However, once you get upstairs, it feels like one of the swankiest United Clubs in the country.

While United occupies around 14 floors of the Willis Tower, only floors four and five are updated to the new branding that’ll soon roll out throughout the facility. Gensler, a global design and architecture firm, designed these first two floors for United.

After exiting the elevator on the fourth floor, you may want to look up. You’ll find the word "United" in big block letters on the ceiling. (Interestingly, these letters were once displayed at United's Los Angeles hangar, before being repurposed for display at Willis Tower.)

From there, you’ll enter the co-working and cafe space on the fourth floor.

Inside, it feels like you’ve entered a stylish airport lounge. From recliners and bar stools to two-top dining tables and individual workstations, there’s plenty of room to catch up on some work or meet with a colleague.

There’s an entire sustainability-themed workspace that’s decked out in natural wood tones with blue accent chairs and a conference table in the center of the room.

The kitchen doesn’t have much in the way of free snacks, but it does have a table with an Airbus A320 nose landing gear built into it. Even without free nosh, I’d take this over a regular airline lounge any day of the week.

Also, the cafe’s menu is heavily subsidized by United. An 8-ounce cappuccino costs just $2.13 and a 16-ounce regular coffee is only $1.65.

Near the kitchen is an interior wall adorned with a piece of aircraft fuselage with the windows intact. Opening the windows reveals cloud landscapes designed to inspire creative thinking.

The large media wall lining the entrance to the fourth-floor space rotates through different internal company messaging, ranging from real-time stats about the airline’s operation to notable United media mentions.

Other fourth-floor areas include a cafeteria-style dining room, which sports a variety of seating options and a display of United hub airport codes. (Can you identify which one is missing?)

The fifth floor has also been renovated to the new office standard. Here you’ll find more seating options, as well as some additional AvGeek goodies.

The display case of United plane models includes perhaps the most iconic jet in the airline’s historical fleet, the Boeing 747-400, as well as one that United says is due to join the fleet in the coming years: a Boom Supersonic model.

Perhaps the most photogenic area is the Boeing 737 engine cutout that juts out of the wing landscape painted on the wall.

This design recently helped United earn a spot on the annual Crain's list of coolest offices in Chicago, and it was a great spot to snap a TPG aviation team picture.

Prospective employees will also get a taste of the new office design in the interview suite.

There’s plenty of United branding lining the walls of the interview suite, and the meeting rooms here have posters for each of the airline’s hubs and overhead lights shaped like an engine cowling.

Other floors in United’s offices will soon be updated to the new look, but it’ll likely take some time for the full rollout to be complete.

While the rest of TPG’s meetings were off the record, we did get a peek inside another area that’s undergoing some big changes. The NOC, or network operations center, is currently located on the 27th floor of the Willis Tower.

While this has historically been home to the control center for the entirety of the airline’s operation, United is in the process of moving this setup and about 900 mission-critical employees to suburban Arlington Heights.

The new NOC offers several key advantages over the existing space. For one, it's connected to two backup power generators and its suburban location has a low-key profile should anything interfere with access to the Willis Tower. Additionally, the space is larger and has more room for expansion should United need it.

Until the move is complete, employees who work at the NOC are split between offices. Others continue to work from home due to the pandemic.

Photos were generally off-limits in the NOC, but it was interesting to meet with a handful of United employees working up here.

Perhaps most interesting were the two women responsible for overseeing communications for delayed and canceled flights. They were going through each affected flight and sending out timely text and email updates with updated flight status and information.

So, the next time you receive a message from United saying that “your flight’s been delayed due to air traffic control delays affecting the Northeast,” now you know the team who composed it.