Articles
Kaeli Conforti is a digital nomad and has been backpacking solo around Southeast Asia, Australia and New Zealand since January 2018. She loves inspiring others to travel the world and create their own adventures.
Follow
Jan. 06, 2019
•
7 min read 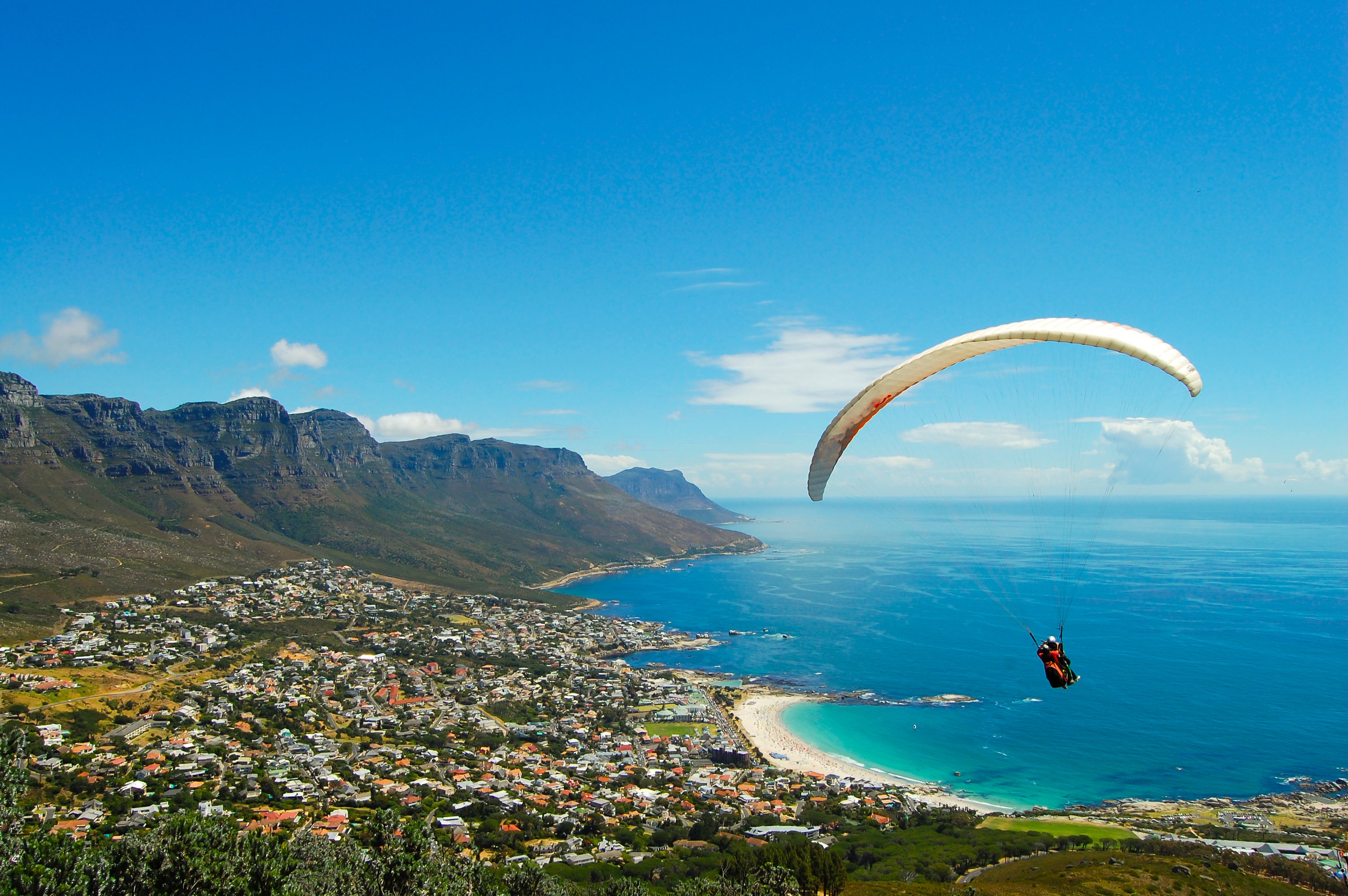 TPG Readers’ Best Tips for Visiting Africa on Points and Miles
This post contains references to products from one or more of our advertisers. We may receive compensation when you click on links to those products. Terms apply to the offers listed on this page. For an explanation of our Advertising Policy, visit this page.

We recently asked our TPG Lounge readers to share their best tips and go-to ways for traveling to Africa with points and miles. Here’s a look at some of our favorite answers. (Some responses have been lightly edited for style and clarity).

Many of our TPG Lounge members are savvy enough to know how to make the various airline alliances — whether it's Oneworld, SkyTeam or Star Alliance — and corresponding frequent flyer programs work best for them.

"Is there a more epic routing than New York-JFK to Hong Kong (HKG) to Johannesburg (JNB)/Cape Town (CPT) on Cathay Pacific? — Amrish B.

"Earlier this year, I used 111,811 Chase Ultimate Rewards points for two round-trip economy flights on British Airways for our honeymoon. [We flew from] Houston (IAH) to London-Heathrow (LHR) to Cape Town, with return flights from Johannesburg to LHR to IAH." — Daniel G.

"Recently had good luck with Delta SkyMiles and flew from Salt Lake City (SLC) to Amsterdam (AMS) followed by KLM from Amsterdam to Kilimanjaro (JRO) for a safari in Tanzania. Paid for an economy seat on the Delta leg — since the flight leaves at 2:45pm, there's no chance to sleep and as a Platinum Medallion, I get upgraded automatically to Comfort+ — then 110,000 miles per person for business class round-trip on KLM. I booked through the Delta website since the redemption was cheaper than transferring to Flying Blue and doing it through KLM. Once you have the ticket number, it’s easy to manage on KLM’s website as well." — Justin D.A.

"For vacation, the United Exursionist Perk is nearly unbeatable. Planning a DIA-ACC-ADD-DAR-DIA trip in the near future. [It would be] 80,000 United miles for the first two flights in Ethiopian Airlines business class and 40,000 miles for economy on the way home. I'd purchase an individual fare between Addis Ababa (ADD) and Dar es Salaam (DAR) with cash." — Eric C.

"One-way from Los Angeles to Paris to Nairobi in business class on Air France for 85,000 Flying Blue miles with a seven-hour layover in Paris." — Paul L.

"I have not done it, but you could fly Singapore Airlines from San Francisco (SFO) to Singapore (SIN) to Johannesburg with a four to 13-hour layover in Singapore." — Hannah G.

"I [flew from] New York-JFK to Zurich (ZRH) to Johannesburg to Cape Town round-trip in Swiss business class for 160,000 United miles." — Noah P.

"I just booked JED-IST-MAN-IAH-MAN-ADD (stops in Brussels but same flight number so one segment)-JED in business class for 138,000 Krisflyer miles with stopovers in Istanbul, Manchester and Addis Ababa. Flying back from Spain the same day as the MAN-ADD flight on an Avios ticket to avoid the absurd APD in long-haul business out of MAN. JED-IST-MAN is on Turkish Airlines, MAN-IAH-MAN is on Singapore and MAN-ADD-JED is on Ethiopian Airlines. So basically I'm getting visits to three continents for 69,000 miles each way with reasonable taxes and $200 in stopover fees. I'm excited for the three fifth freedom flights as well." — Burge K.

Getting Creative With Itineraries

Other TPG Lounge readers wrote in with great examples of impressive itineraries they were able to create in order to fly to and from Africa for less.

"In July, we flew Emirates from Seattle (SEA) to Dubai (spent two nights there) to Nairobi and flew Condor from Zanzibar (ZNZ) to Frankfurt (FRA) (spent three nights there) to Anchorage (ANC) using Alaska miles. Very reasonable mileage tickets! We've used them a few times because it's the quickest way from Anchorage to Europe, with direct flights about 9.5 hours. Don't have any complaints. It's not Q Suite luxury or anything but it gets us there relatively comfortably." — Staci S.W.

"My Delta miles were actually good for once! Flew from Nashville (BNA) to New York-JFK) to Jeddah to Nairobi in business class on Saudia for 95,000 miles one-way. To travel around in Africa, I used Delta SkyMiles or other SkyTeam partners to fly Kenya Airways (it's usually 15,000 - 25,000 miles a shot one-way), or Ethiopian Airlines via United or other Star Alliance Partners works great [too]. I found some decent availability through Singapore Airlines to Ethiopia to leave the continent as well (30k for first class back to the Middle East). Also, Africa isn't just Johannesburg, Cape Town and Cairo." — Jonathan F.

"I flew in AA/Qatar J for 75,000 AAdvantage miles from Washington-Reagan (DCA) to Miami to Doha to Nairobi and transferred 75,000 Amex Membership Rewards to Aeroplan for Turkish [business class] from Kilimanjaro to Istanbul to Washington-Dulles (IAD) and paid no surcharges. This was for an award booked in August so not sure if the rules have changed since then." — Diane P.S.

"Recently flew from Seattle to Frankfurt to Cape Town on Lufthansa, then Cape Town to Amsterdam to Seattle on KLM." — Matt B.

"Dallas-Fort Worth (DFW) to Dubai to Accra or Dallas to Dubai to Johannesburg to Maputo (in Mozambique) mostly on Emirates metal, which is far more comfy as a Silver frequent flyer." — Chevalier G.

"I needed a mileage run so I paid outright: Delta economy comfort from Detroit (DTW) to Atlanta (ATL) to Johannesburg for $1,533. Not terrible but I got [to stay at the] Hyatt Regency with club access for 12,000 points for an overnight before going to Andbeyond's Kirkman Kamp reserve." — Judi L. D.

"I like the Swiss flight from Zurich. [Fly from the] US to Zurich, then down to Kenya or Tanzania. Great service and seats in business class!" — Lara H.S.