How Delta Medallion Members Can Get Preferred Seats on Partner Airlines

Articles
Ross Binkley is a software engineer who loves travel and aviation. He writes for TPG about topics including SkyTeam, Amex and aviation and also moderates the TPG Lounge Facebook group.
Follow
Oct. 04, 2018
•
12 min read 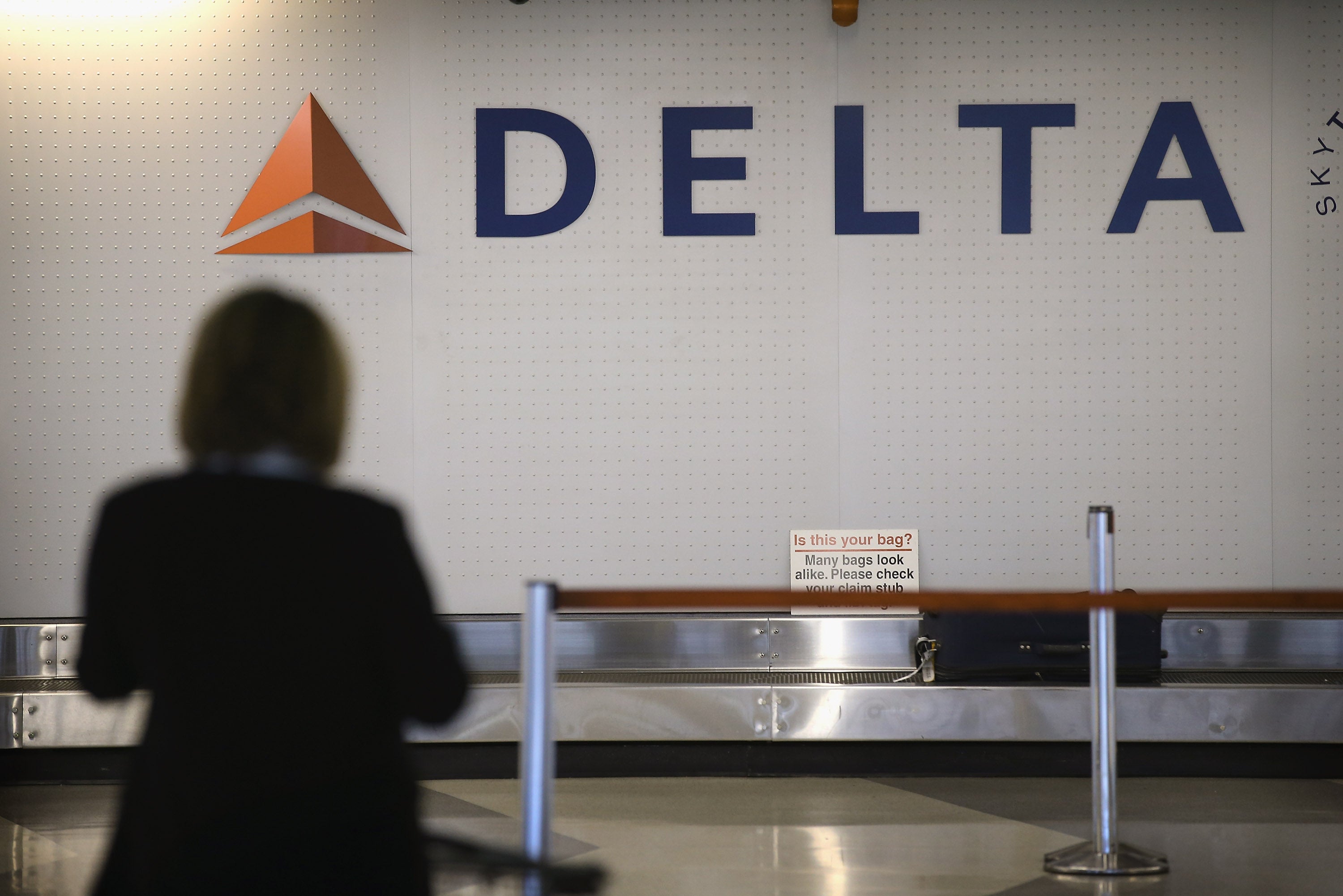 Having elite status with an airline can definitely make life easier for frequent travelers, both in the airport and onboard the aircraft. One common in-flight benefit of elite status is complimentary preferred economy seats, such as seats in the front rows, bulkhead rows, and exit rows.

While they're still just normal economy seats, preferred seats can at least provide extra legroom or allow deplaning more quickly after landing. Delta provides the ability for all levels of its Medallion elite members to book these seats for themselves and their companions at booking for no extra charge.

Airline elite status can be especially valuable when the airline is part of one of the major global airline alliances. Alliance member airlines reciprocate many of the elite benefits to frequent flyers of other member airlines, creating a more seamless experience for frequent flyers flying on different airlines within the alliance. Access to these preferred seats is one of the benefits frequently reciprocated for elite members.

According to both Delta's website and SkyTeam's website, both SkyTeam Elite and SkyTeam Elite Plus members are eligible for preferred seats on SkyTeam airlines (though the SkyTeam website now refers to them as "priority seating.") For SkyTeam elites flying on Delta metal, this is the case. However, on some of the other SkyTeam member airlines, it turns out to be more complicated than that.

Furthermore, even when the preferred seat should be discounted or complimentary on the partner airline, selecting the seat through Delta's website may still result in being charged full price.

While Air France-KLM is perhaps Delta's closest airline partner — and is literally even partially owned by Delta, which has 10% of its shares — its preferred seat policies for both its own elite members and elite members of other SkyTeam airlines couldn't be more different from Delta's.

Not content to have one type of preferred seats, Air France has four, each of them with different fees: Seat Plus, Seat at the Front of the Cabin, Duo Seat, and Duo Seat on the A380 Upper Deck.

While "Seat Plus" may sound like the Economy Plus product offered by some carriers, such as Delta's own Comfort+ product, it isn't. It's just an exit row or a bulkhead. "Seat at the Front of the Cabin" is self-explanatory; they are just the front few rows of seats in the economy cabin. "Duo Seat" is a seat in one of the groups of two seats on planes, such as the 777, where most rows only have groups of three or four seats. "Duo Seat on the A380 Upper Deck" is, of course, exactly what it sounds like — the groups of two seats in the 2-4-2 arrangement in the small economy cabin at the back of Air France's A380 upper-deck.

How does one get these seats as a SkyTeam Elite member?

There's also another catch: if you select Air France preferred seats via the seat selection screen on Delta's website, you will not get any sort of discount. You will be charged full price, even if your Platinum or Diamond status should allow you to select them for free. This happened to TPG's managing editor Alberto Riva on a recent flight from Boston to Paris. In order to get the discount through Delta, you'll need to call.

You can, however, get the discount by selecting the seat on Air France's website instead of on Delta's.

And here we encounter another potential 'gotcha.' It turns out that Air France's systems apparently don't update your status level very quickly. I've had Delta Gold Medallion status for around five months now, but Air France's systems still think I'm Silver Medallion. (I have no status with Flying Blue, so the Silver they're showing here is my former Delta Silver Medallion status.)

Furthermore, even calling Delta won't get you around this. When I tried calling Delta to get the correct price for Air France preferred seats, they were only able to give me the price I would have received at Silver, even though I had Gold status when I called. They said I'd have to wait until Air France's system updated my status level before I could get the Gold Medallion discount, which they estimated would take 30-60 days. So far, it has been almost five months, so I'm glad I didn't wait for that.

It shouldn't come as too much of a surprise that KLM's preferred seat policies are similar to those of Air France, since they are the same company and have the same loyalty program. While KLM doesn't have as many different types of preferred seats as Air France, they do still have a couple and they still only give a discount to Silver and Gold members.

Once again, Delta's partner elite benefit page has a special section for KLM listing the preferred seat benefit... with a footnote.

Fortunately, Aeromexico appears to abide more by the defined SkyTeam benefits than Air France-KLM. Their website suggests only one type of preferred seats, which includes exit rows, bulkheads, and seats toward the front of the cabin.

Judging from Delta's partner benefits page, it appears that all Delta elites should be able to get complimentary preferred seats on Aeromexico. There is a footnote again, but this one just says that you need to select the seats through Aeromexico in order to avoid being charged. Which was also true for Air France, even though it wasn't stated.

Alitalia dubs its exit rows, bulkheads and, on domestic flights, the first few rows of economy as 'Extra Comfort' seats. Alitalia's website does say that Alitalia elites can select these seats without charge, but it doesn't say anything about other SkyTeam elites. Unfortunately, Delta's partner elite benefit page doesn't specifically say anything about Alitalia. TPG did score a bulkhead for himself and his father on Alitalia due to his Diamond Medallion status back in 2011, but the situation may have changed since then.

Delta's partner benefit page for its Brazilian partner GOL suggests that, unfortunately, Silver Medallions don't get complimentary preferred seats, which are known as "GOL+ Conforto" seats on GOL, though GOL's website says "Delta Elite customers" get them without further qualification. Unfortunately, I would guess that it's probably Delta's site which is correct in this case, since GOL's own low-tier elites don't get complimentary GOL+ Conforto seats, either.

The upside is that these seats are something of a hybrid between economy+ and preferred seats. They do include priority boarding and dedicated overhead space, but don't necessarily have more legroom (except for the exit rows, of course.) Gold, Platinum and Diamond Medallion members do get them for free.

Fortunately, Korean Air appears to have read SkyTeam's defined benefits list. According to the Korean Air website, preferred seats are available to all SkyTeam elites within 361 days of departure. Korean Air has preferred seats reserved for elites not only in economy, but also in First and Prestige (business) class.

While Virgin Atlantic and Virgin Australia are close partner airlines of Delta (and Virgin Atlantic is 49% owned by Delta), they are not members of the SkyTeam alliance. As such, the reciprocal elite benefits for Delta Medallion members are just what Delta and Virgin have worked out bilaterally.

Unfortunately, this doesn't include preferred seating on either Virgin Atlantic or Virgin Australia. However, the reciprocal benefits do at least include complimentary seat selection for Gold, Platinum, and Diamond Medallion members on Virgin Atlantic.

SkyTeam really has some work to do on getting its member airlines to comply with its defined member benefits regarding preferred seating for elite members. Additionally, Delta and its partner airlines need to work on properly supporting elite member discounts for partner seating selections through Delta's seat map.

However, at least on many SkyTeam airlines, you can score that exit row, bulkhead, or group of two seats for free as a Delta Medallion if you know where to go to select it. Just make sure to call or go to the partner's website if Delta's website is trying to charge you.